Inside 5 of Our Favourite New York City Neighbourhoods 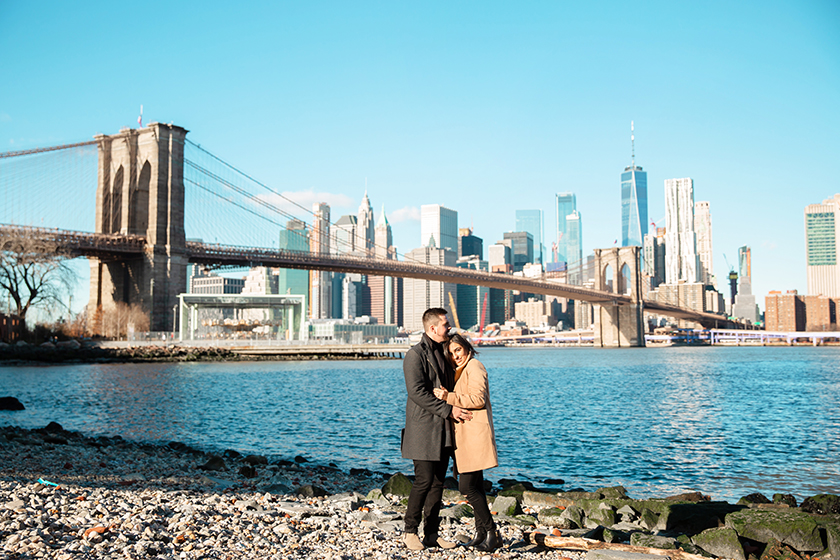 What to see and do in some of New York’s finest ‘hoods.

Let’s kick off a little lesson in NYC 101. There are five boroughs in New York City, New York: Manhattan (the long skinny island named after martinis), Brooklyn (over the bridge of the same name), the Bronx (from here: Cardi B, Jennifer Lopez and Billy Joel), Queens (where you fly in at JFK or LaGuardia airports) and Staten Island (where the Statue of Liberty is).

With just under nine million people, New York City is densely stacked with every kind of eatery, every kind of entertainment and every area has a distinct flavour. Here are five of our favourite neighbourhoods in NYC to explore the next time you’re in town. 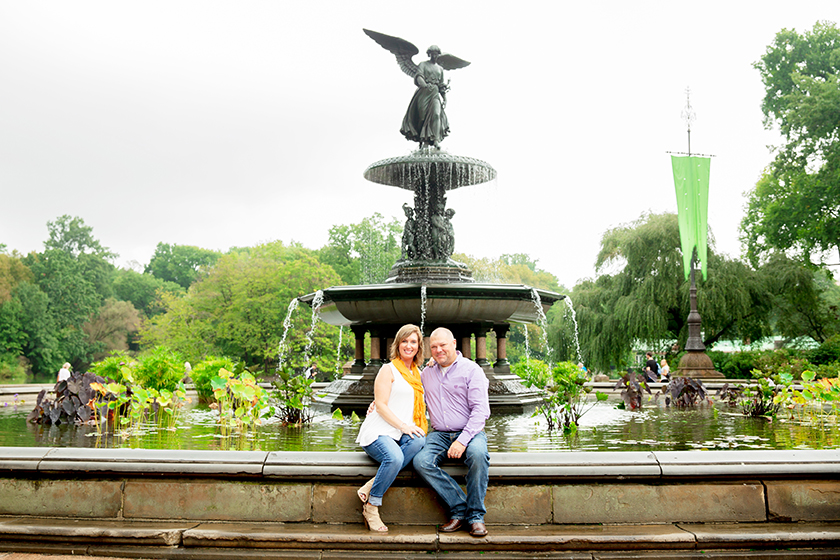 It’s the middle of the Manhattan borough and pretty much the centre of downtown New York everything. It’s the largest central business district in the world—the Empire State building is here, along with the Chrysler Building, Rockefeller Center and Broadway. Mile-high skyscrapers abound, but then you have the 843-acre patch of sprawling lawn, tree and water feature-filled green space, Central Park. It sits between the American Museum of Natural History, the Upper West Side and the Upper East Side, bridging the city together.

Things to do: Rent a boat and paddle around Central Park’s lake, visit the Top of the Rock Rockefeller Center observation deck, return to the skies for cocktails at a rooftop bar like Top of the Strand because you love heights so much, and taste real NYC cheesecake at Junior’s Restaurant and Bakery, where they have a devil’s food cheesecake so good people order it from out of state. 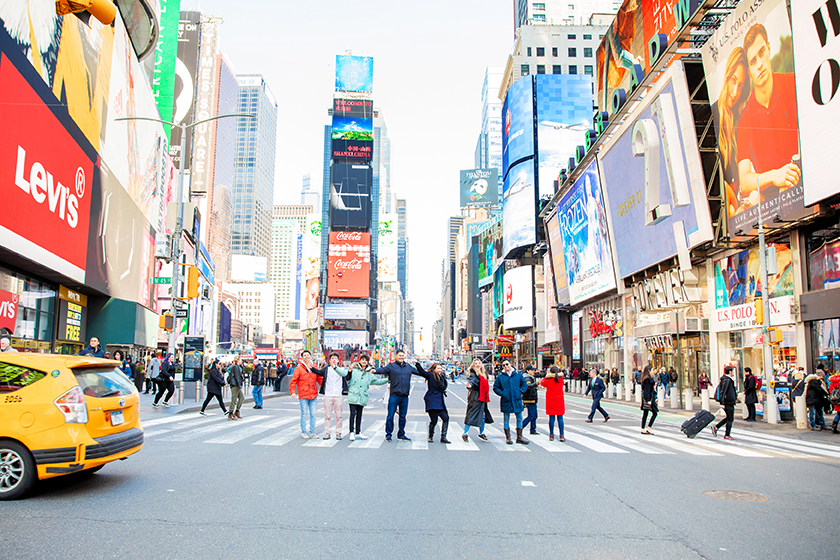 This bowtie-shaped intersection at Broadway and Seventh Avenue is technically in Midtown, but with its digital panorama of flashing billboards (that are so bright they can be seen from space) it’s unlike anything else in Manhattan. Originally Times Square was known as Longacre Square, and was renamed in the 1960s when the New York Times moved its offices here. The Old Times Square building is where the famous Times Square Ball Drop happens every New Year’s Eve. The energy, the lights, the naked cowboy—it’s an area overwhelmed by ads and people, but it’s a must-stop for anyone who’s ever dreamt about visiting New York.

Things to do: Take a walking tour, wander through the Las Ramblas-esque line of characters, or sit in the (smoke-free) pedestrian area and take it all in. For adults you can try getting tickets for The Tonight Show with Stephen Colbert (tapings are at 5:30 p.m.). For kids (and cool adults), there are plenty of attractions: Gulliver’s Gate is a 50,000-square-foot miniature world with a Grand Central Station and a mini Buckingham Palace, Madame Tussauds is the famous celebrity wax museum and there’s also Ripley’s Believe It or Not. Bryant Park is a big hit for all ages, with a wide-open green space, pingpong tables, board games and even an old-timey carousel offering $3 rides. 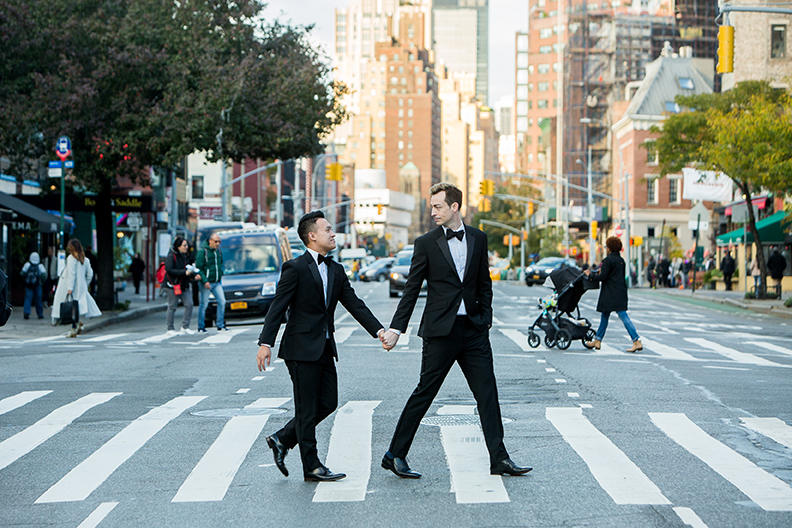 West Village, or “Little Bohemia” is an area inside Greenwich Village, on the west side of Manhattan. It’s long been a hub for artists and creatives, and their progressive ideas, and over the years it has fostered this bohemian lifestyle and the Village’s icons reflect that. The Cherry Lane Theatre, established in 1924, is New York City’s oldest running Off-Broadway theatre. It was built as a farm solo and stored tobacco and housed a box factory before becoming what it is still today, a showcase for emerging playwrights and their big ideas. Also along this vein, the Whitney Museum of American Art started here, the West Village hosted the first racially integrated night club in the U.S., called Café  Society, with artists that included Nat King Cole, John Coltrane, Miles Davis and Ella Fitzgerald to name a few.

Things to do: Find out if you like jazz by paying a visit to the legendary Village Vanguard (if you don’t like it here, you won’t like it anywhere). The Comedy Cellar is a must for spotting big-deal guest appearances (like Chris Rock) and soon-to-be-on-TV up-and-comers. The vintage Duplex is where you can see drag, comedians, cabaret or chill at a piano bar. 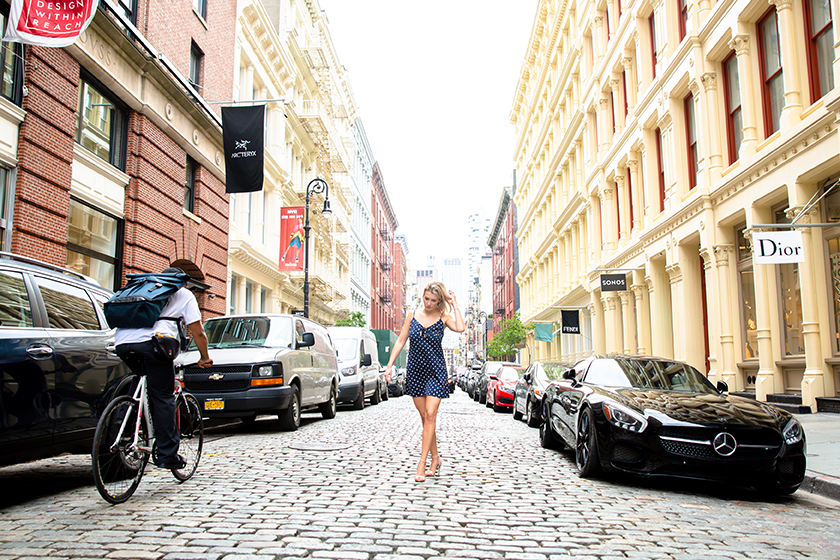 South of Houston Street, or SoHo as it’s known to the world, is an area in Lower Manhattan that is a shopper’s paradise. Today you’ll find its Belgian block buildings and big-windowed lofts housing designer flagships for Alexander Wang, Rag & Bone, along with Prada, Louis Vuitton and Chanel. Looking back into its past however, it’s hard to believe this area started as the first “free” African-American settlement in the mid-1600s. After that, the row houses came in, large hotels and stores moved in, too, and by halfway through the 19th century it was an entertainment hub with a notorious red-light district. Manufacturing was the next wave, large factories making glass, metal and especially textiles came in and built cast-iron warehouses, which would become the affordable, loft housing of the city’s artists living illegally in abandoned buildings. In the 1970s the city finally legalized this practice and zoned the area as joint live-work spaces that then required resident artists. A rule that’s still on the books (but not strongly enforced).

Things to do: Obviously you’re shopping and hitting up a local bistro, but SoHo’s retail paradise also extends to its interior design stores. World-renowned Italian design company Kartell is here, along with Alessi, Blu Dot, Design Within Reach and Artemide. Film Forum is a not-for-profit movie house that runs classics alongside artsy new releases—it’s an institution. (This is also where they do director and audience Q&As at the end of the film.) MoMA even has a design store here that sells home decor and gifts from classic 20th-century designers. There’s also a Hay mini store, art workshops and cool designer pop-ups. 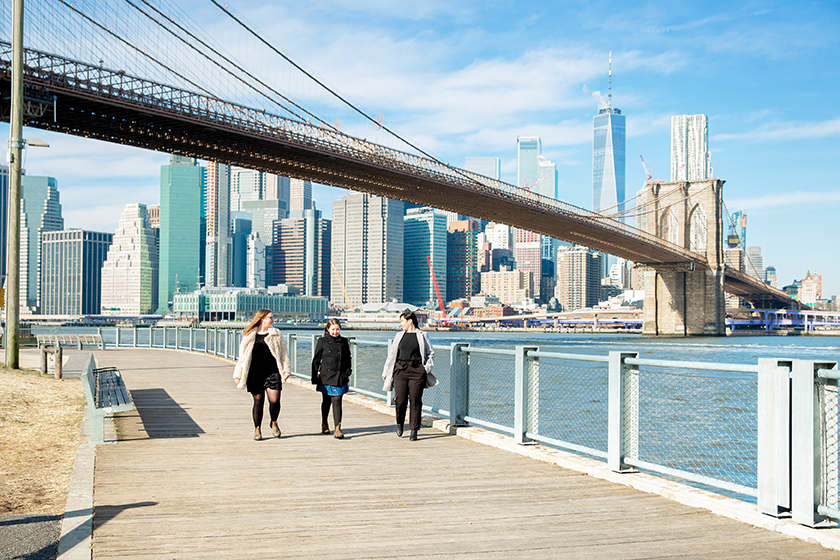 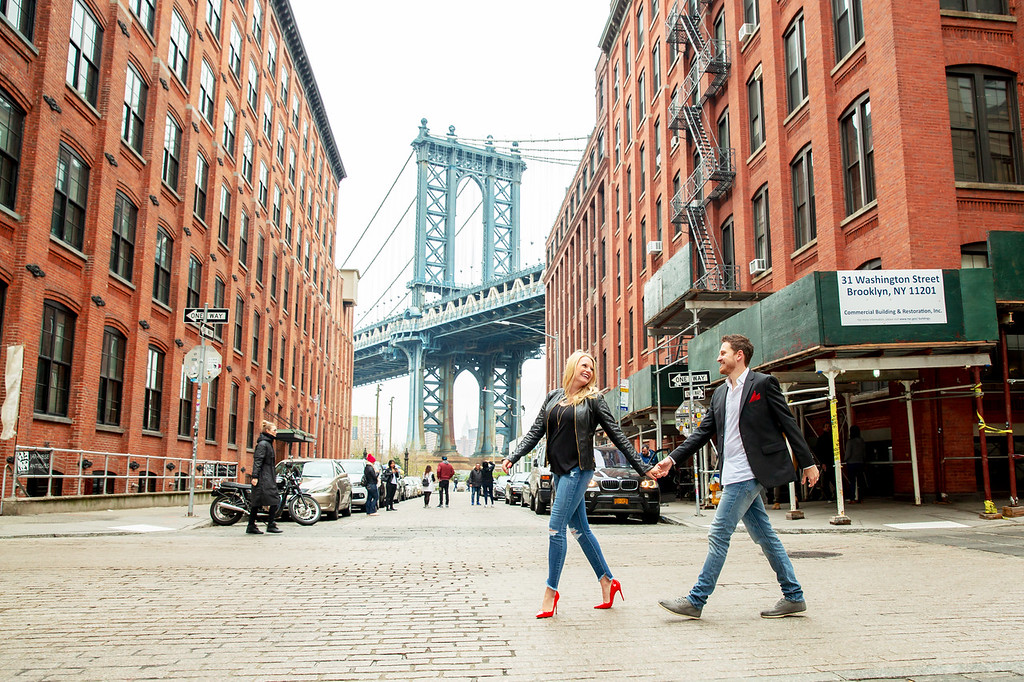 Dumbo sounds like a funny name for a neighbourhood, unless you know that Dumbo used to be known as Gairville, a name  scarcely appropriate for what might be New York’s coolest neighbourhood. Dumbo, as it came to be known, is an acronym for Down Under the Manhattan Bridge Overpass, and in the 19th and early 20th centuries it was a place where the ferry boats landed. Industrial buildings were the name of the game and after developer David Walentas bought Dumbo and turned it into an upscale residential area, those same warehouses made for fabulous luxury lofts (just like in SoHo) and cool headquarters for today’s tech startups.

Things to do: Head to the corner of Washington Street and Front Street to get that iconic Insta view of the circa 1912 Manhattan Bridge. Is it Sunday? That means you’ve got to check out the upscale market Brooklyn Flea Dumbo (part vintage bazaar, part food bonanza), that runs April through October. Brooklyn Bridge Park covers 85 acres along the East River, so a summer stroll here in the sunshine, taking in the views of Manhattan is a must. PowerHouse Books is a local institution for artsy print works, while Dabney Lee’s only brick and mortar stationery shop is where to see more new-school papercraft. Last but not least, is the pizza. There are scads of pizza joints to follow up with a pint at a local brick-warehouse-chic craft brewery, but Grimaldi’s (too cool for a working website) and Juliana’s are right next to each other battling it out for the best pizza daily—why not grab a slice from each?

“I look out the window and I see the lights and the skyline and the people on the street rushing around looking for action,...

Top 10 Best Places to See Cherry Blossoms Around the World