Respectful Tourism and Photography for a Travelling World 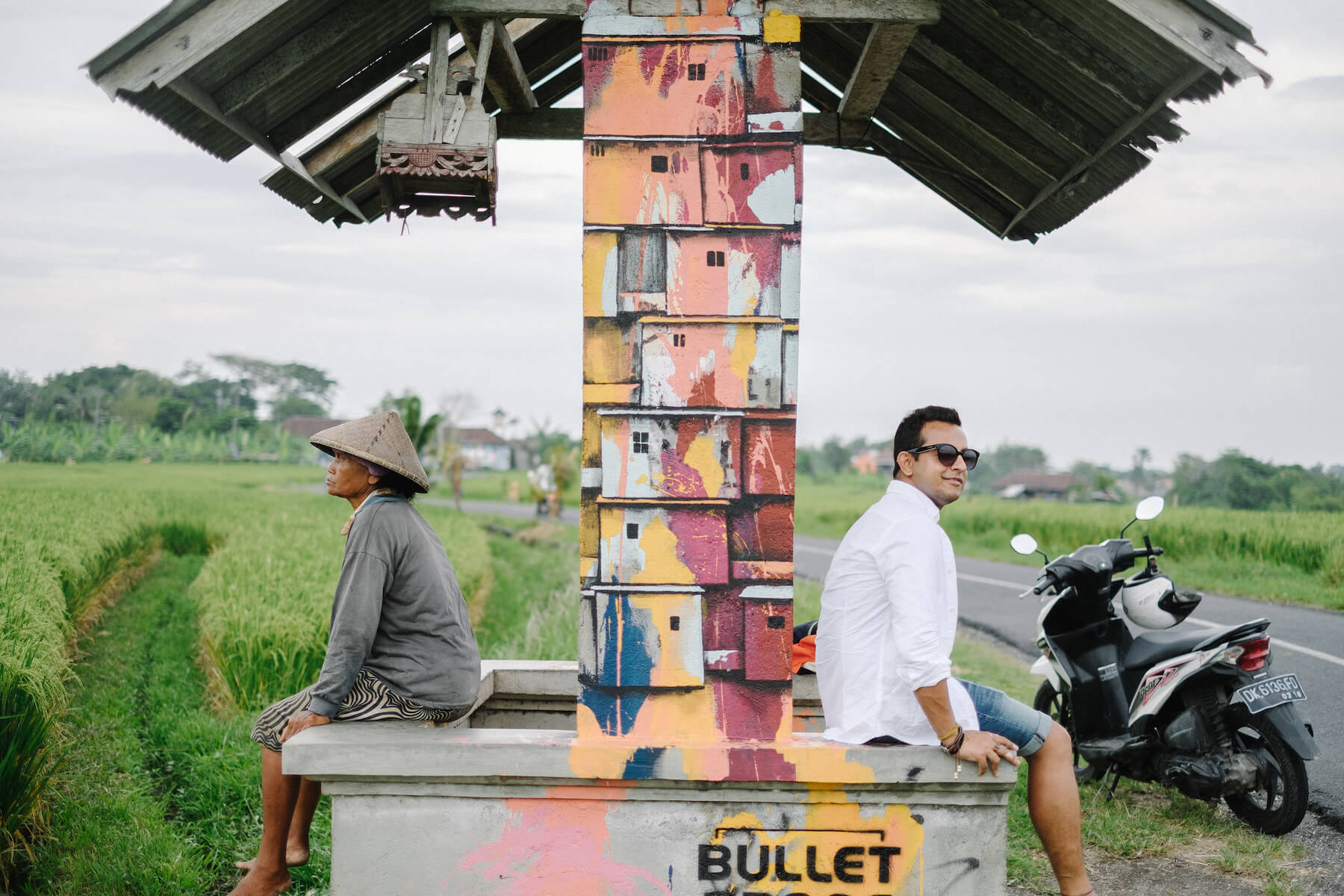 Don’t do it for the ‘gram

Photos have the unique ability to transport us back in time and allow us to relive important memories and experiences in an incredible way. They help us remember otherwise-forgotten details, such as the exact shade of the shimmering turquoise ocean in Hawaii, the golden hues of the Italian buildings you wandered beneath on your morning strolls, or the exact smile on your daughter’s face when she saw the Eiffel Tower for the very first time. The ability to take photos anywhere and everywhere as we travel across the world is a gift. However, despite the fact that we can take photos everywhere… should we? 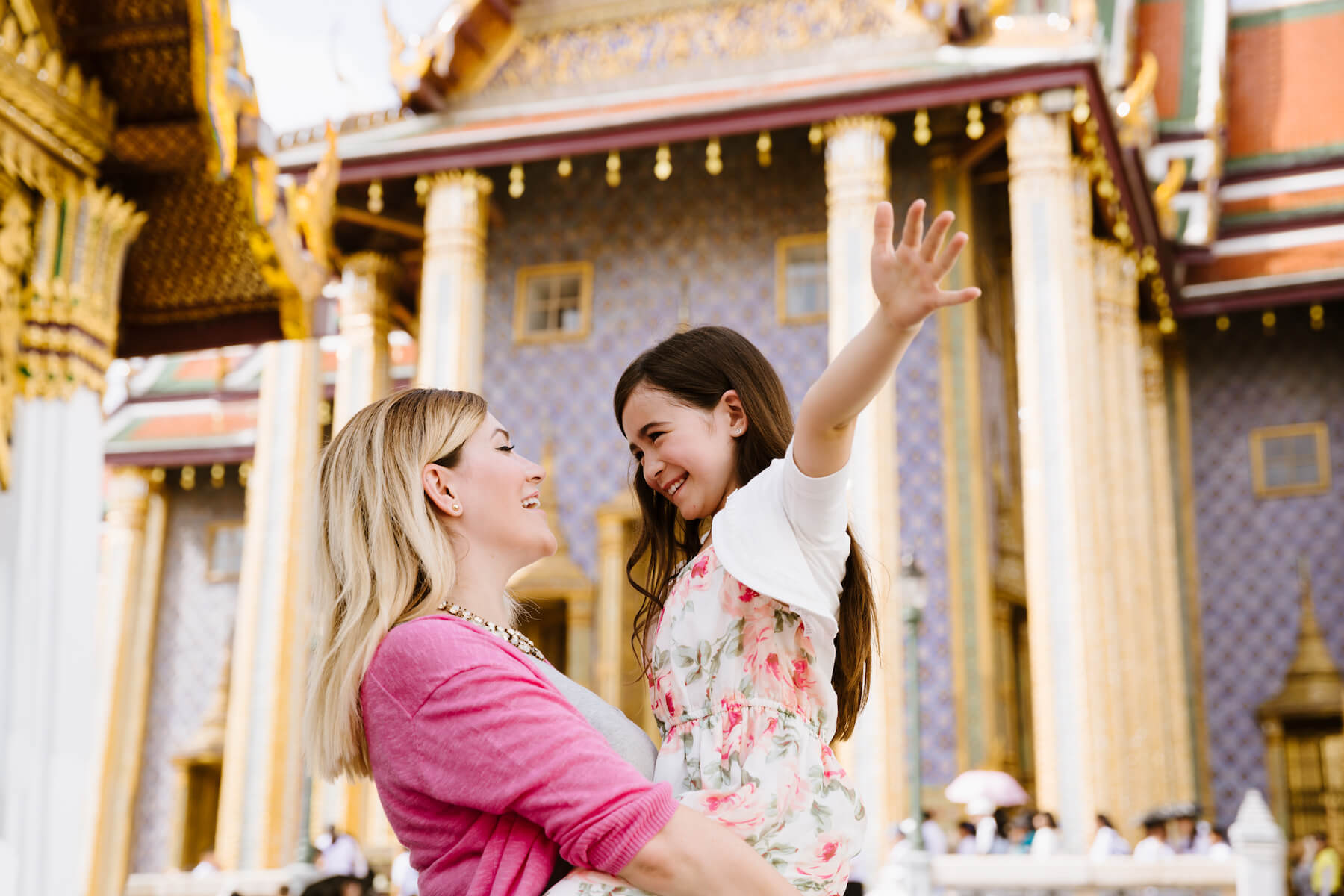 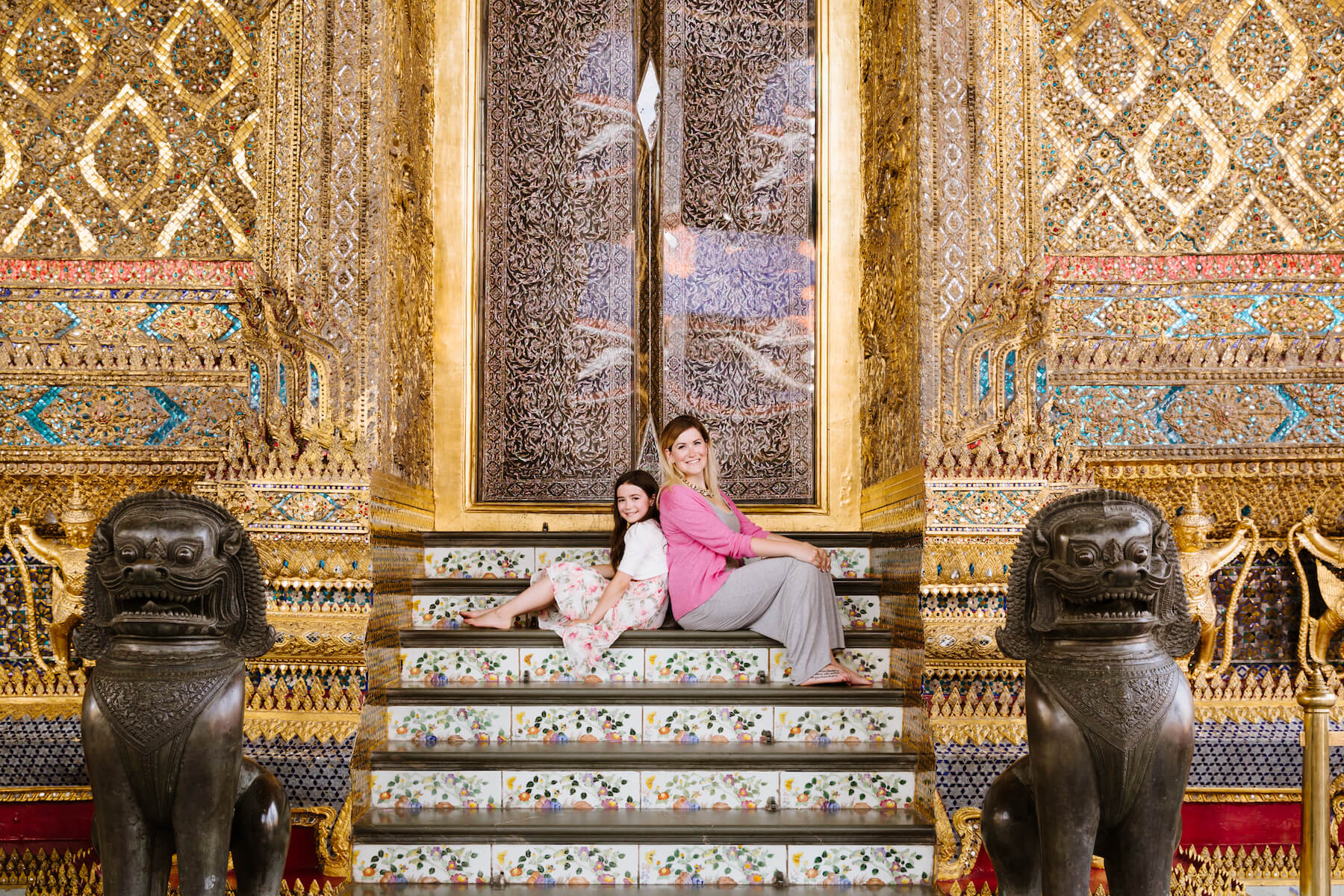 Photo: Natasha in Bangkok for Flytographer

“It is a huge privilege to be in a position to travel and photograph unique destinations around the world. As photographers, it is our responsibility to increase awareness of treating our environment and subjects with respect. Working with Flytographer, I have been able to capture historic sites in Bangkok, and with that privilege comes great responsibility to bring awareness and educate visitors on how to respectfully and appropriately photograph these beautiful places.” – Flytographer Natasha in Bangkok

Our job as travellers is to become students of the world. As we fall in love with each new destination we visit, we must remember that these are not just destinations for us. They are the homes to locals who welcome us into their cities. Social media has changed the way we travel. It allows us to see the world through the eyes of millions, gather inspiration for our own future trips and reminds us that the world is smaller than ever. We can view live Instagram stories from the actual spots we want to visit, follow along with fellow travellers as they post about their own adventures, and we can read through beautifully written blogs for the best local tips and secret spots to add to our itineraries. At Flytographer, we connect travellers with local photographers who call these amazing places home, so we’ve gathered our photographers’ unique perspectives and advice on approaching travel and photography in this new landscape. 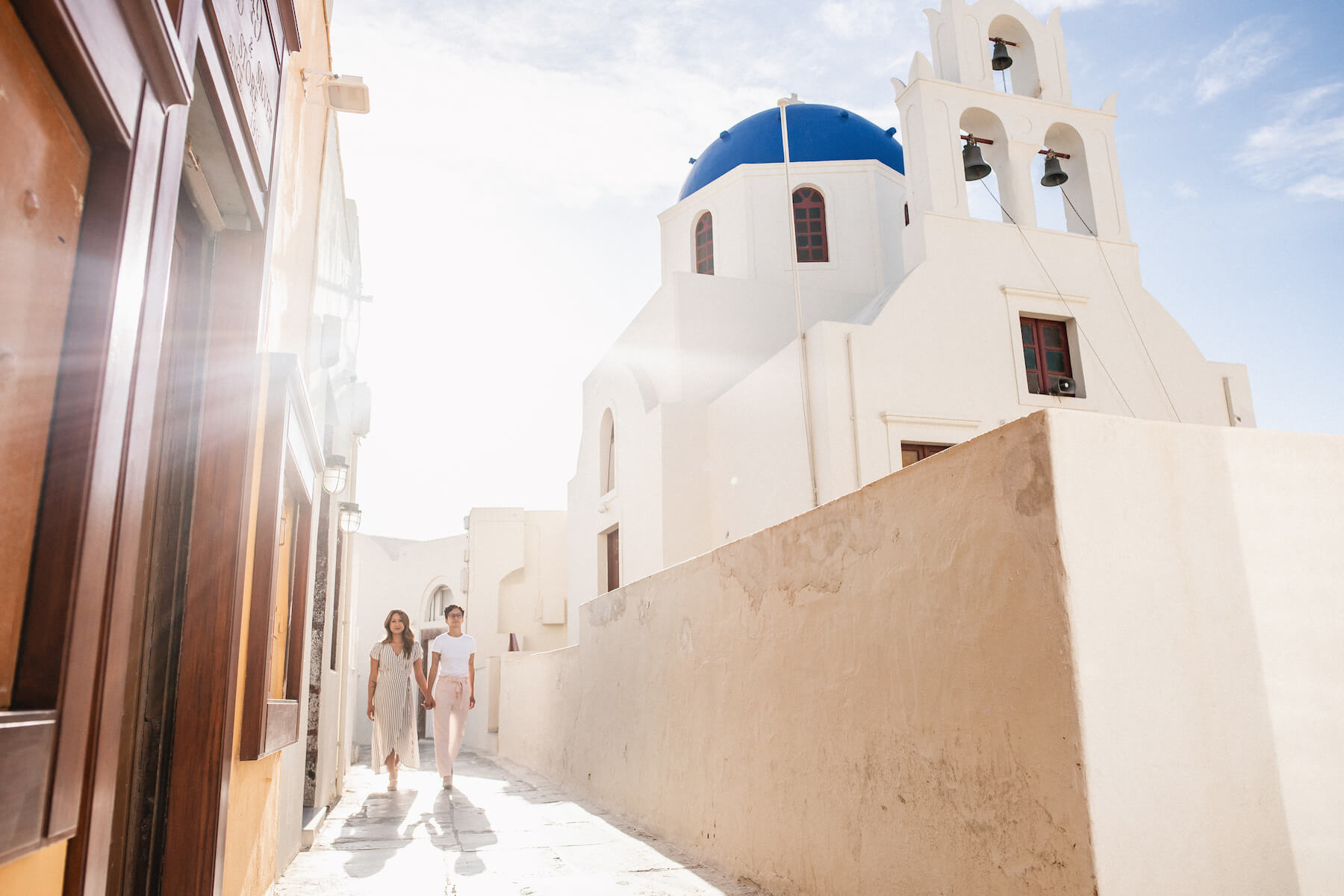 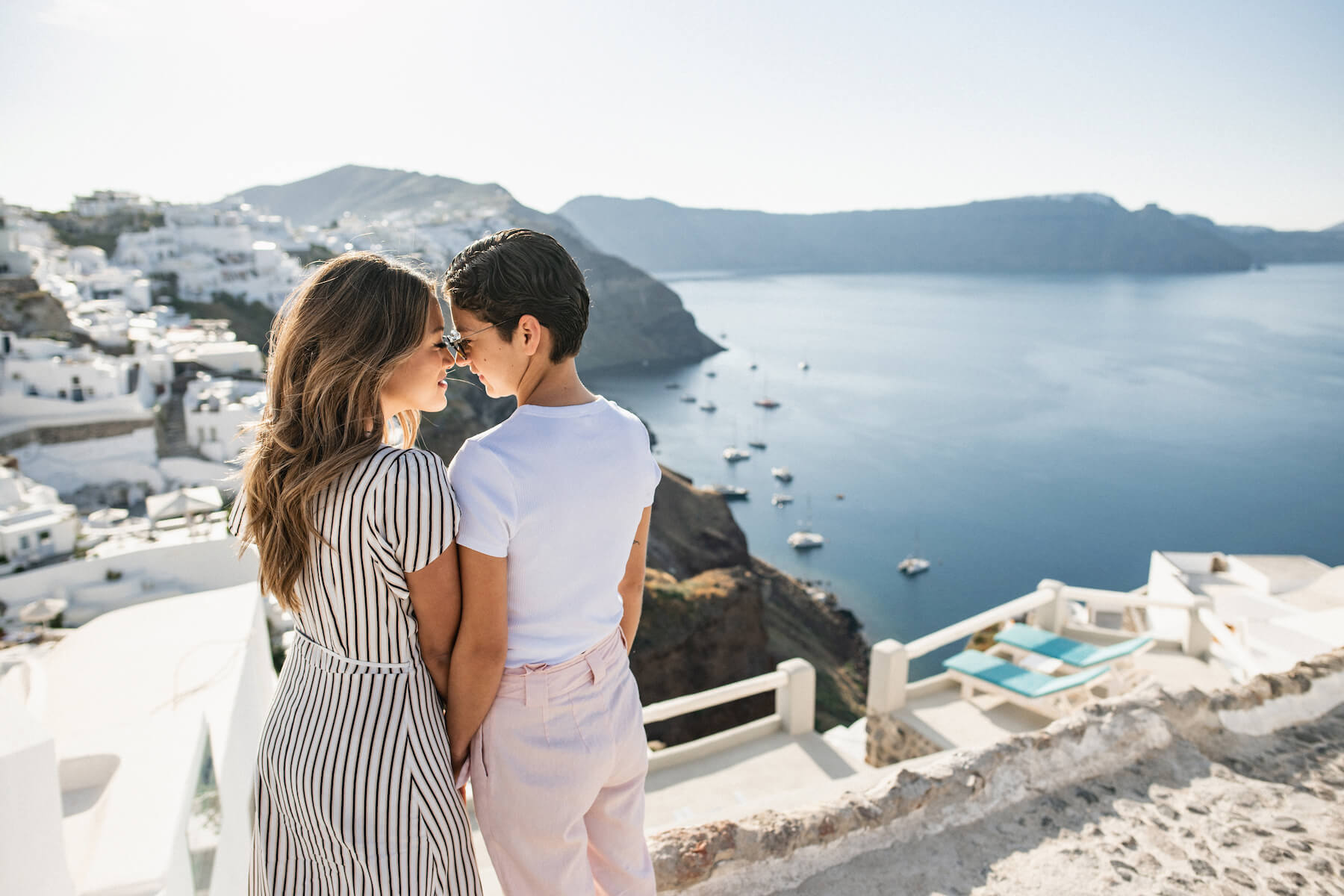 The stunning lavender fields of Provence enchant every visitor who wanders among the endless rows of these fragrant flowers. These fields have become the ultimate romantic backdrop for photos, and their popularity has exploded over the past few years.

“We are so lucky to have these huge fields open to anyone, and the farmers don’t charge you a dime to see this beauty. However, we have started seeing people’s negative behavior towards the fields, such as picking the flowers as if they were theirs, stepping on the flowers, and leaving the fields in critical condition. The farmers have posted signs saying ‘Please respect our work’ all over the fields.” – Flytographer Andrea in Provence

As we explore beautiful destinations across the world, it is of the utmost importance to respect the private property that the owners have allowed visitors to enjoy, such as these fields. By abusing the generosity of the locals, we risk losing access to these beautiful experiences altogether. When in doubt, ask a local or choose to take photos elsewhere, even if you see other people doing so. This is our opportunity to become leaders and change-makers in the travel industry. 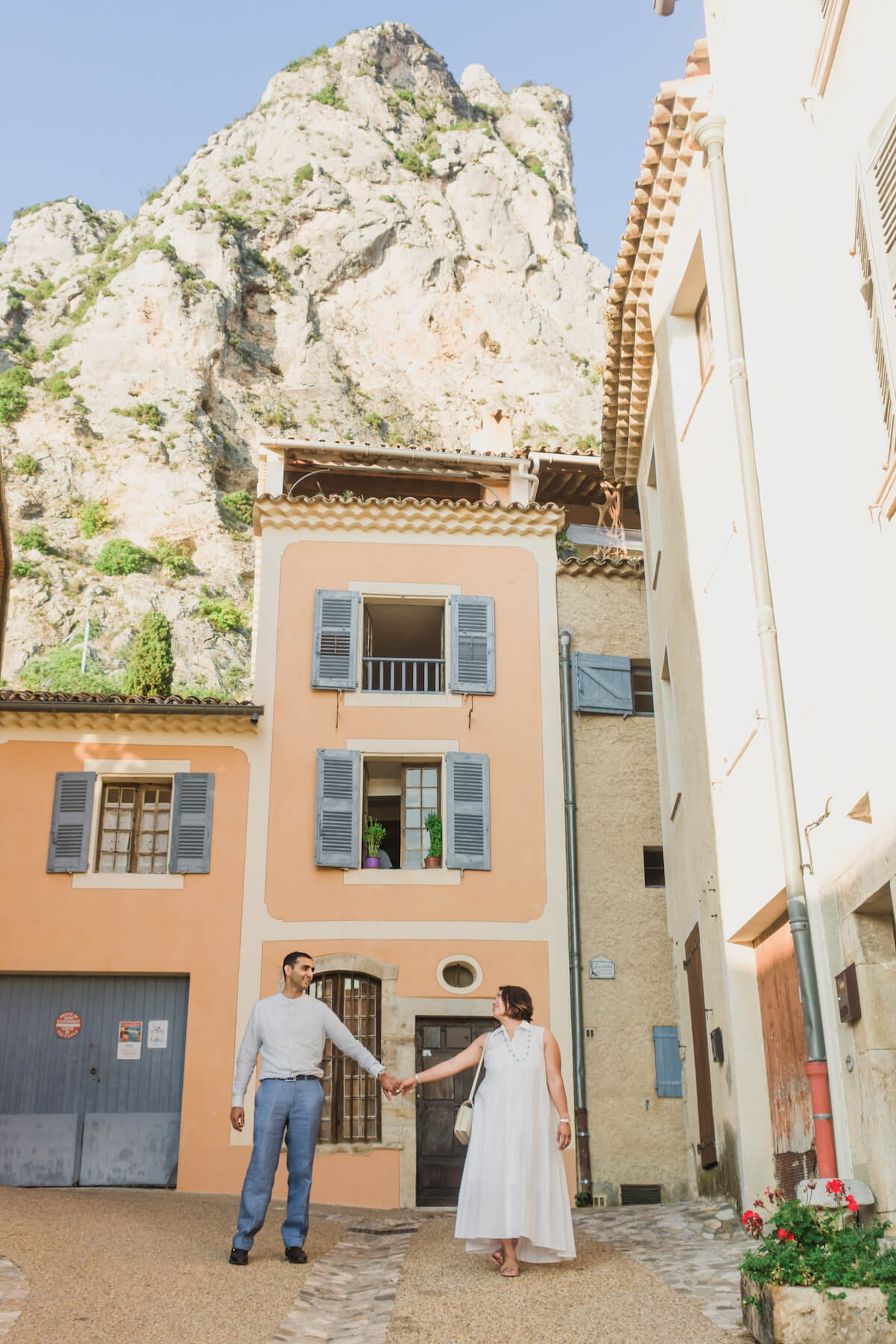 Photo: Andrea and Cyril in Provence for Flytographer 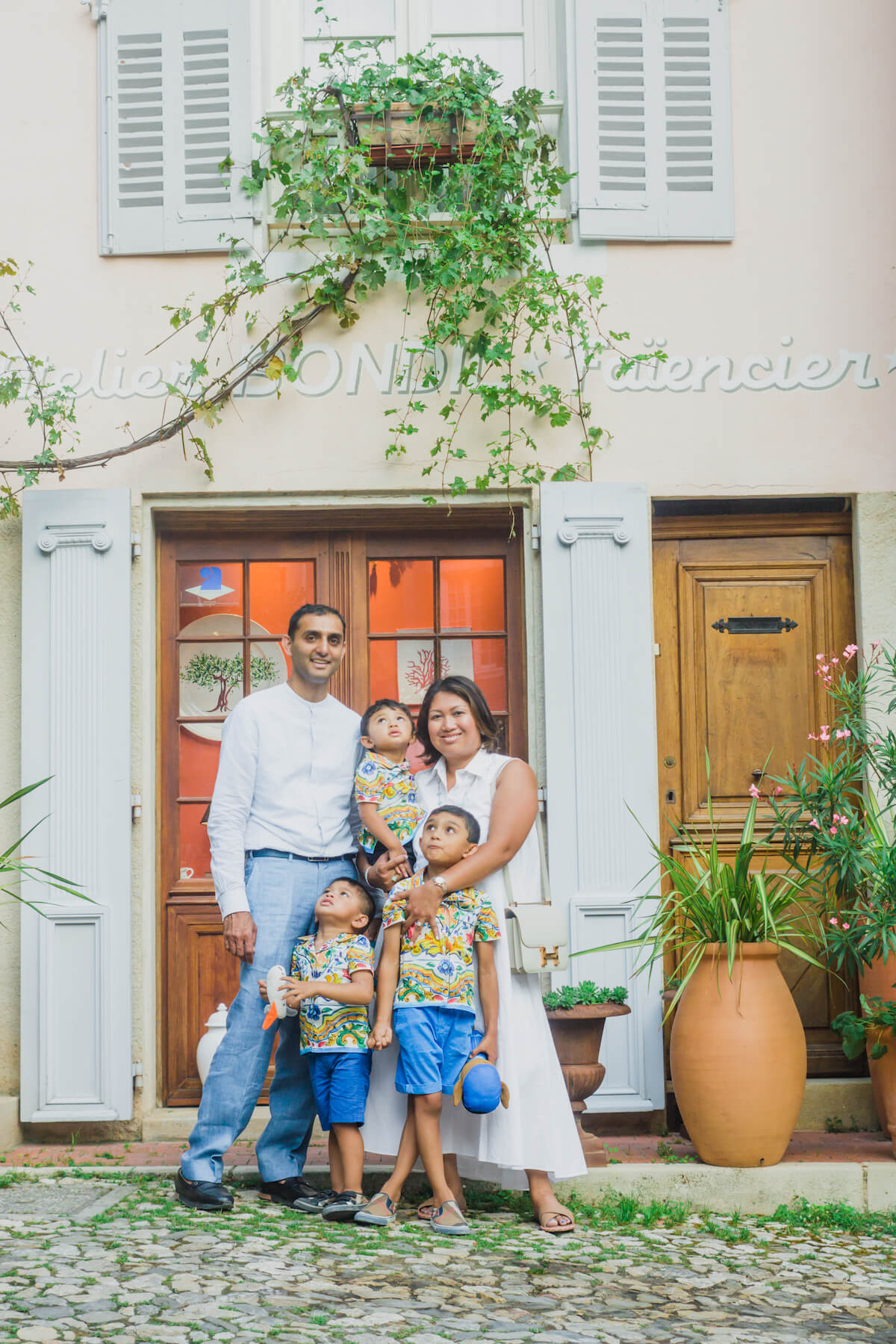 Photo: Andrea and Cyril in Provence for Flytographer

While many destinations are free to explore and photograph, it’s important to remember that not all places are. Securing the correct permits and fees ensures that the beautiful and historic places we love are cared for and will last for future generations to enjoy.

“DC is probably one of the most strict cities when it comes to photography permits for shoots. That’s because most of its land is run by the National Park Service and they want to make sure these extremely important national sites are cared for and respected. As a photographer who loves her city, I believe it is paramount that travelers, and locals too, understand the importance of keeping our parks and monuments as pristine as they can be. And who are we kidding? The NPS is not swimming in cash, so I like to think of the permit fee as a donation to this institution.” – Flytographer Elisenda in Washington D.C.

While securing permits and permission for a professional photo session isn’t the most exciting task while planning a vacation, it is essential for sustaining important and historic landmarks and places that would otherwise fall into disrepair. These fees are an investment in maintaining our world history for future travellers. 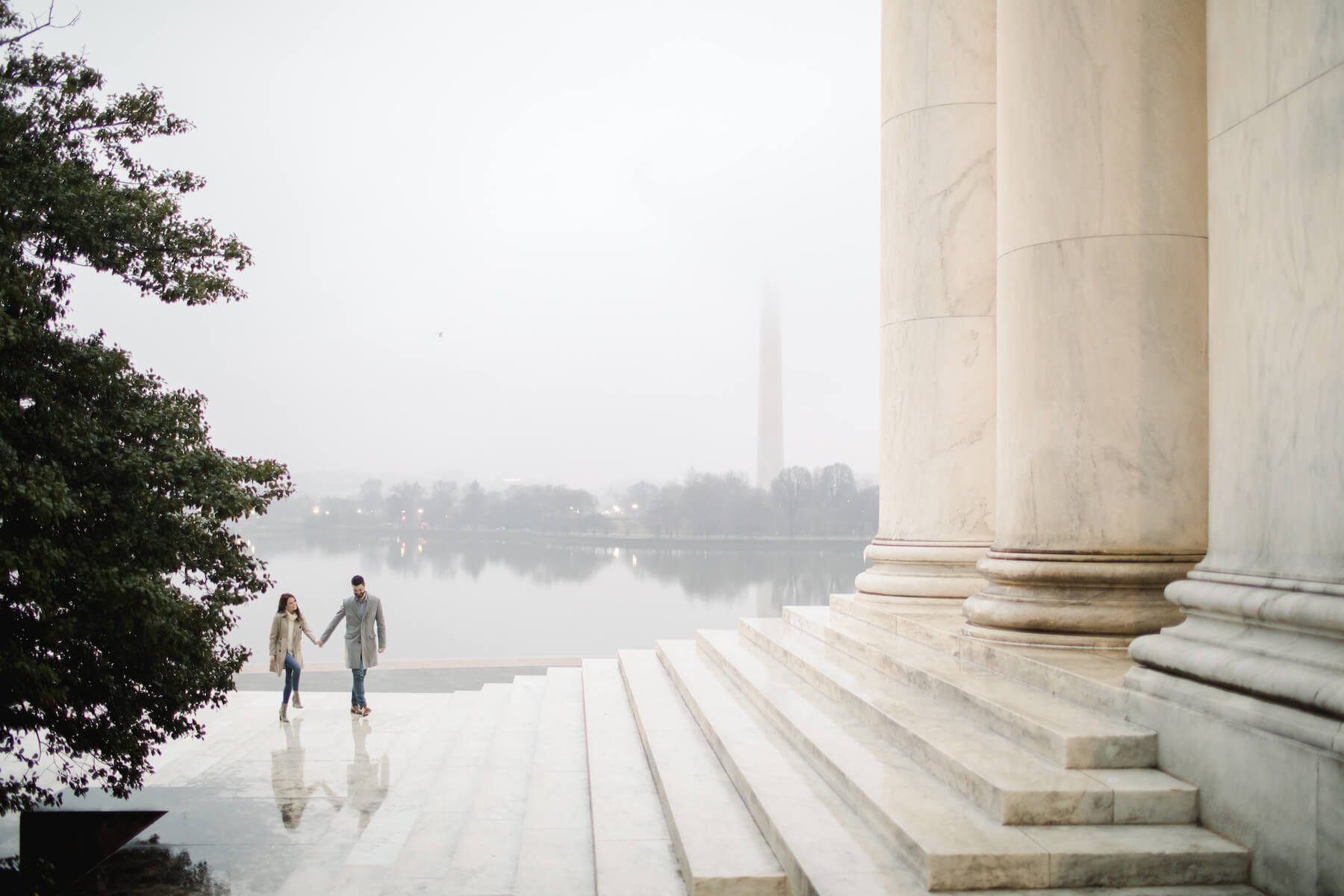 From the dramatic Canadian Rockies, to the desolate Icelandic landscape, to the colourful Great Barrier Reef, there are so many irreplaceable natural wonders across the globe. Visiting places like these have become bucket list items for many adventurous travellers, but getting the shots to showcase this beauty can easily become detrimental. The plants and animals that call these places home are not able to advocate for their space like humans are, so it’s more important than ever to respect the rules and regulations put in place to protect these vulnerable species. 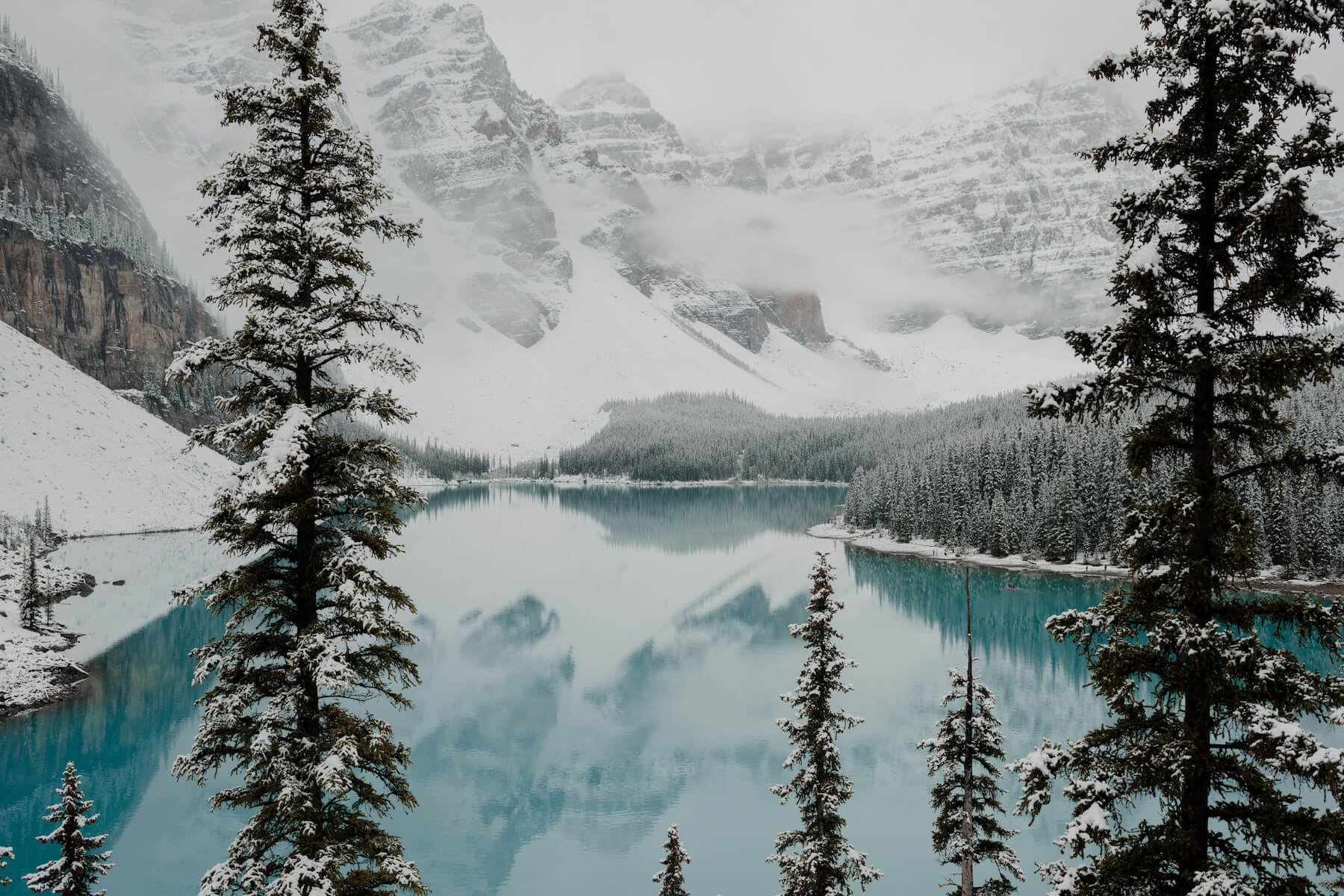 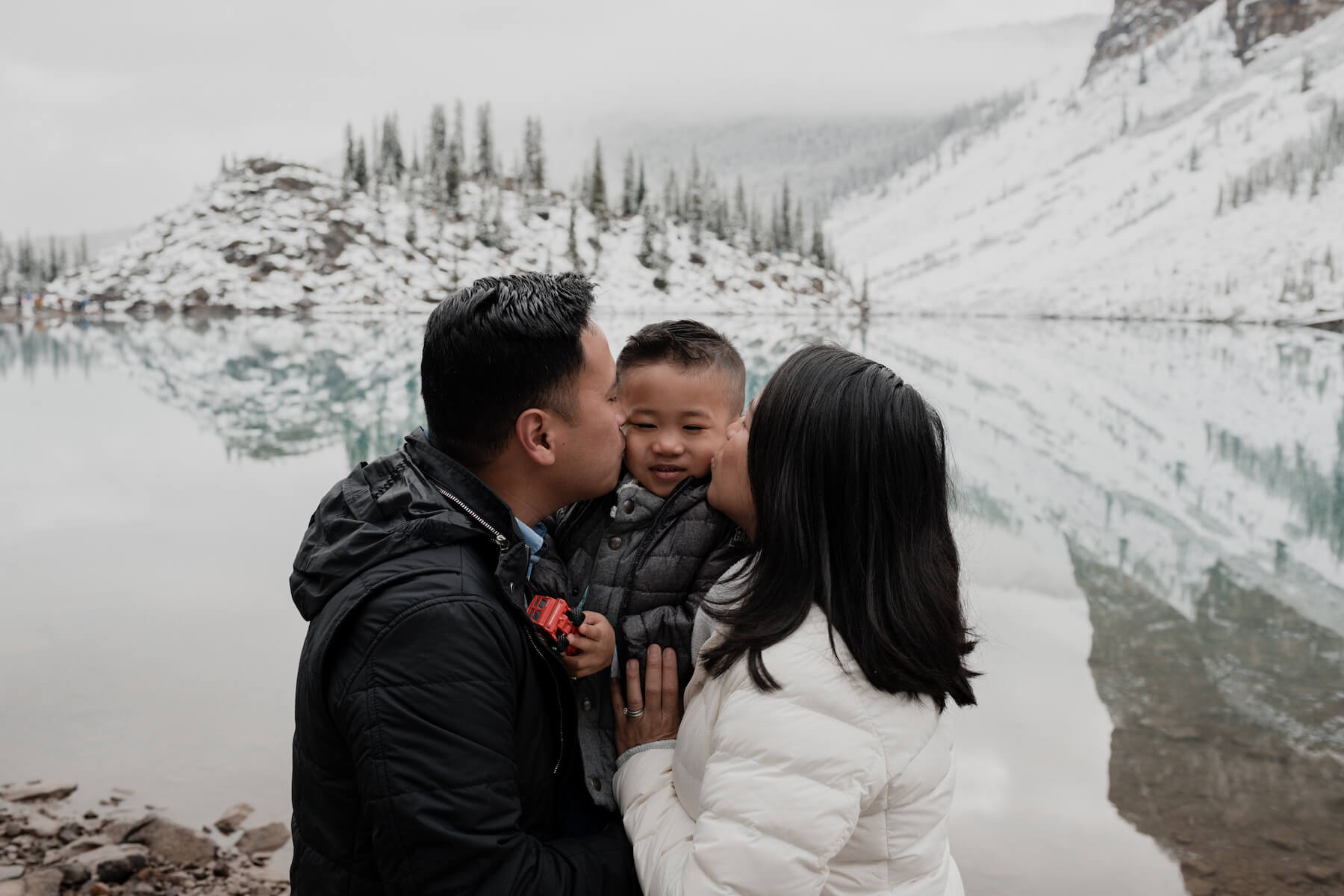 “In regards to respecting nature in the Canadian Rockies, one of the things that is strongly recommended (but hardly enforced) is sticking to the paths laid out by Parks Canada at any of the tourist spots. Moraine Lake’s Rockpile Trail constantly has people venturing off the paths trying to get the “perfect shot” where it appears the person pictured is secluded at this heavily populated lake. By going off the paths, the natural vegetation is being destroyed, and with 4.09 million (and climbing) visiting Banff National Park each year this severely affects our national park.

At Johnston Canyon, there used to be the “Secret Cavern” that was slightly off the path and lots of people would trek down the dangerous slopes to see this natural wonder, but in 2019 Parks Canada roped off the path, as an endangered species of cave swallows were found nesting in the Secret Cavern. This is the only place in the world these birds are found so Parks Canada has now issued fines up to a max of $25,000 if you are found going off the path.” – Flytographer Lyndsay in Banff

Not only could wandering off-path become dangerous for yourself and others, it could also cost you some serious cash. No photo is worth harming the environment, so remember to keep to the paths and above all else, enjoy your time in nature! 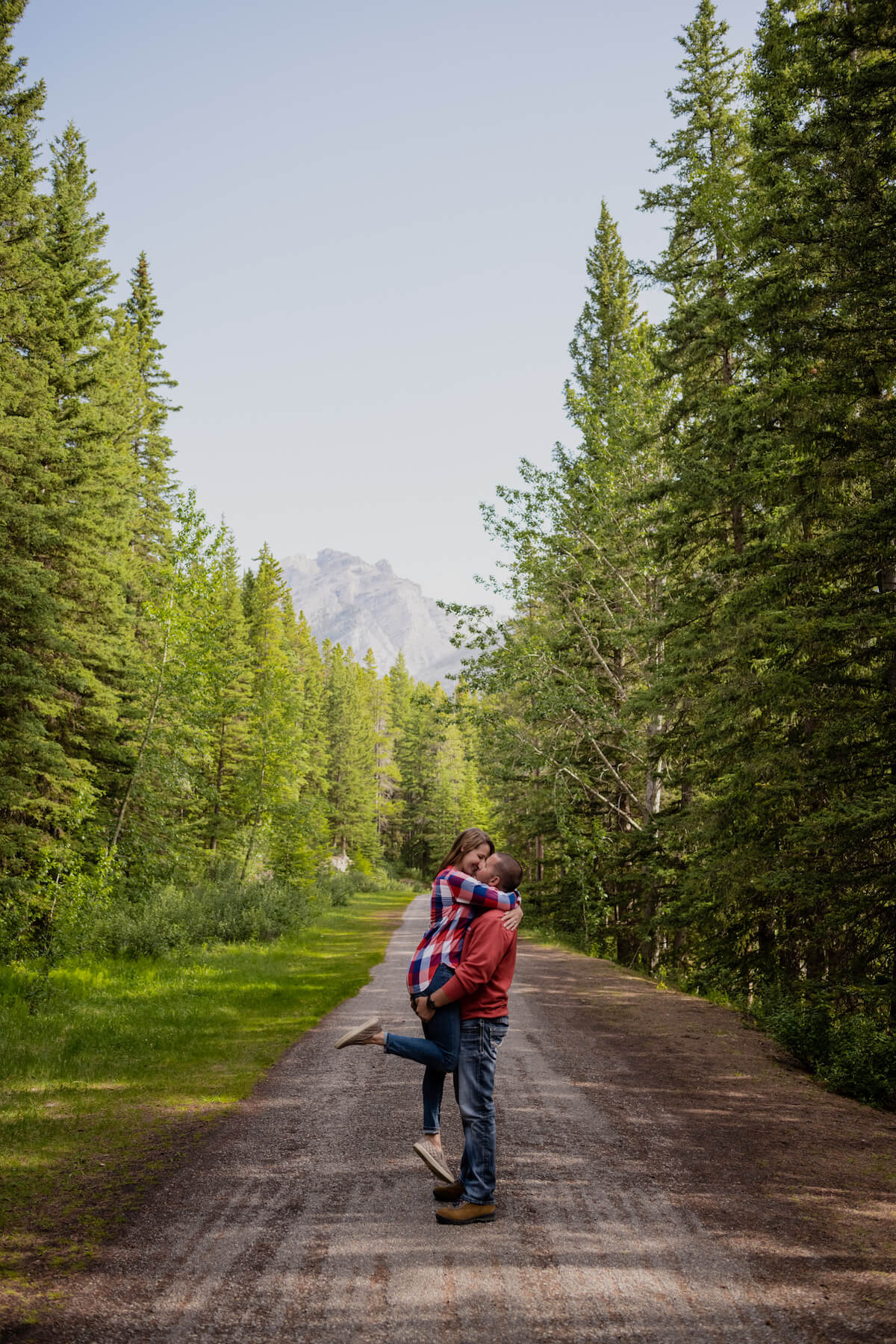 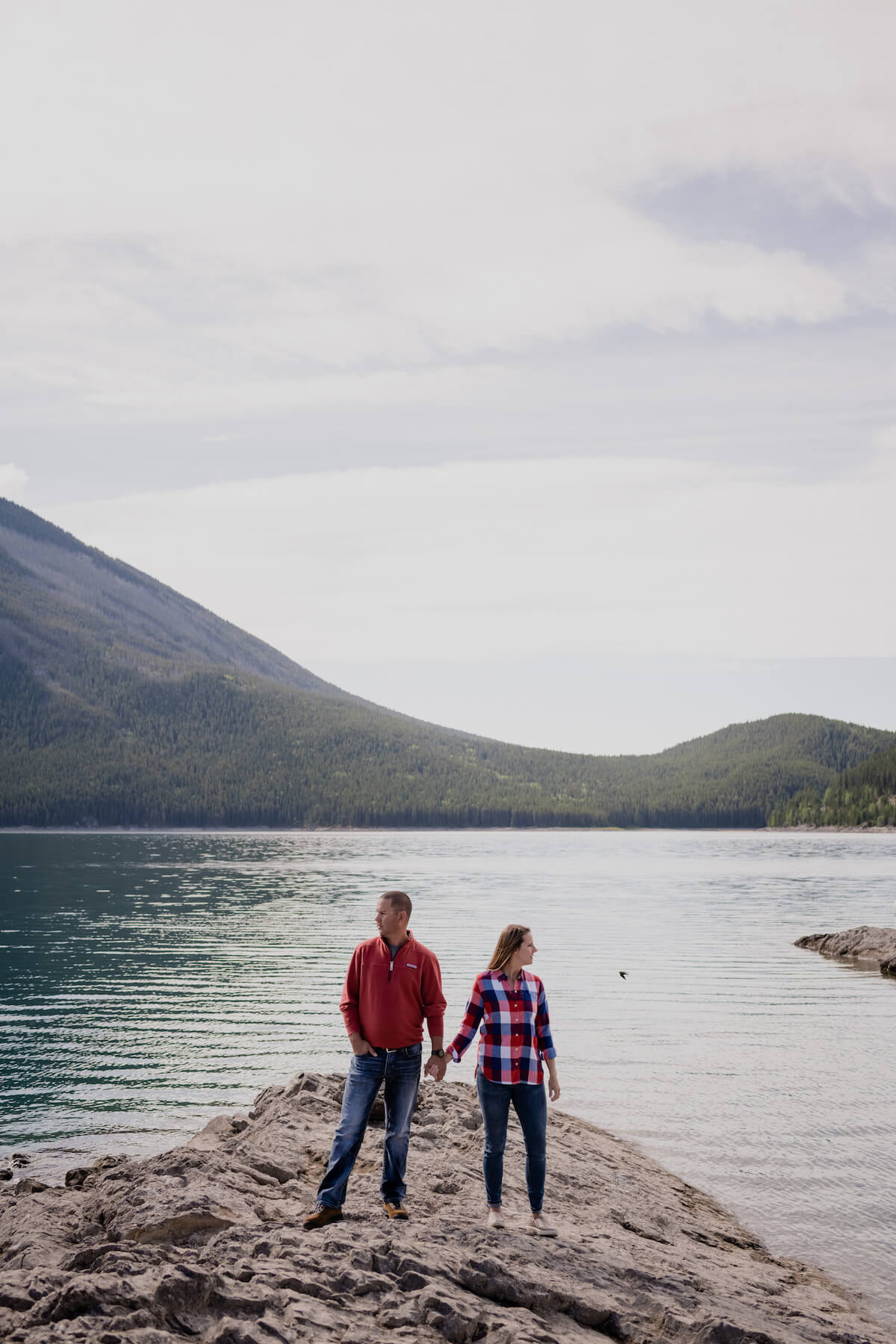 Travelling to new and far-off destinations is a life-changing experience for many, and immersing yourself in foreign cultures and customs allows you to have the most authentic experience possible. Be sure to spend time learning about specific customs or rules that you may not be aware of, such as being properly covered in holy places. These spots may not be the place to show off your cute-but-revealing travel outfit!

“Temples are the heart of culture in Bali. They have become icons and landmarks for travellers, but there are a few things to consider if you want to have these temples in the background of your photos. First, you must wear a traditional sarong to enter the temples. It is a holy place. Second, the most iconic part of the temples is the front gate, so you don’t have to enter the temple to get good photos, unless you really want to enter and learn new things.” – Flytographer Gusmank in Bali

Photo: Gusmank in Bali for Flytographer

Immersing yourself in local customs also means educating yourself on whether you’re participating in cultural appropriation or cultural appreciation, and the main difference is maintaining respect for the culture. For example, it’s highly encouraged for visitors to rent and wear the traditional Korean dress, called hanbok, because it promotes appreciation for this historically and artistically significant clothing. However, altering the hanbok to fit Western trends or wearing it for Halloween, for example, would be cultural appropriation. When in doubt, ask a local for advice! 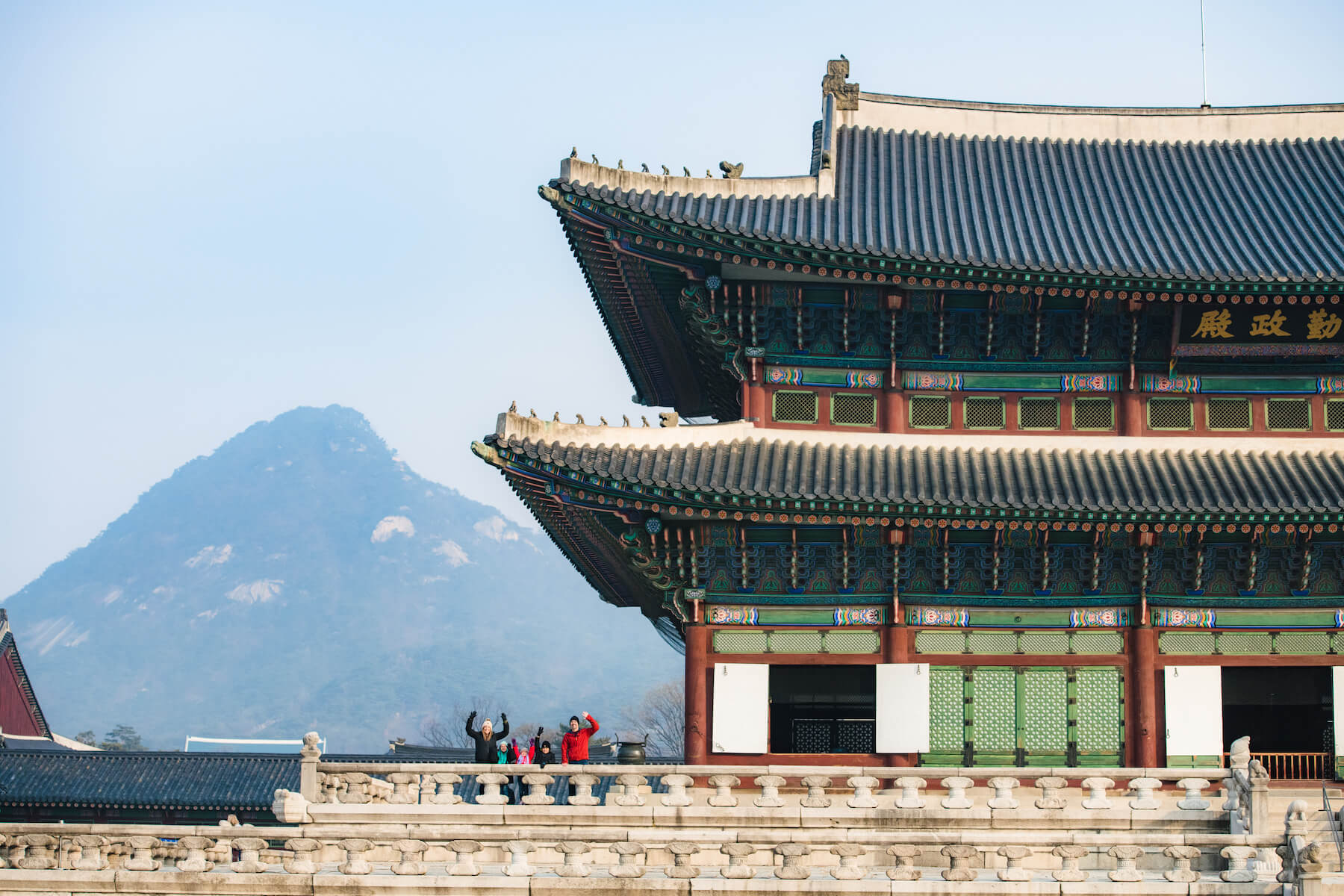 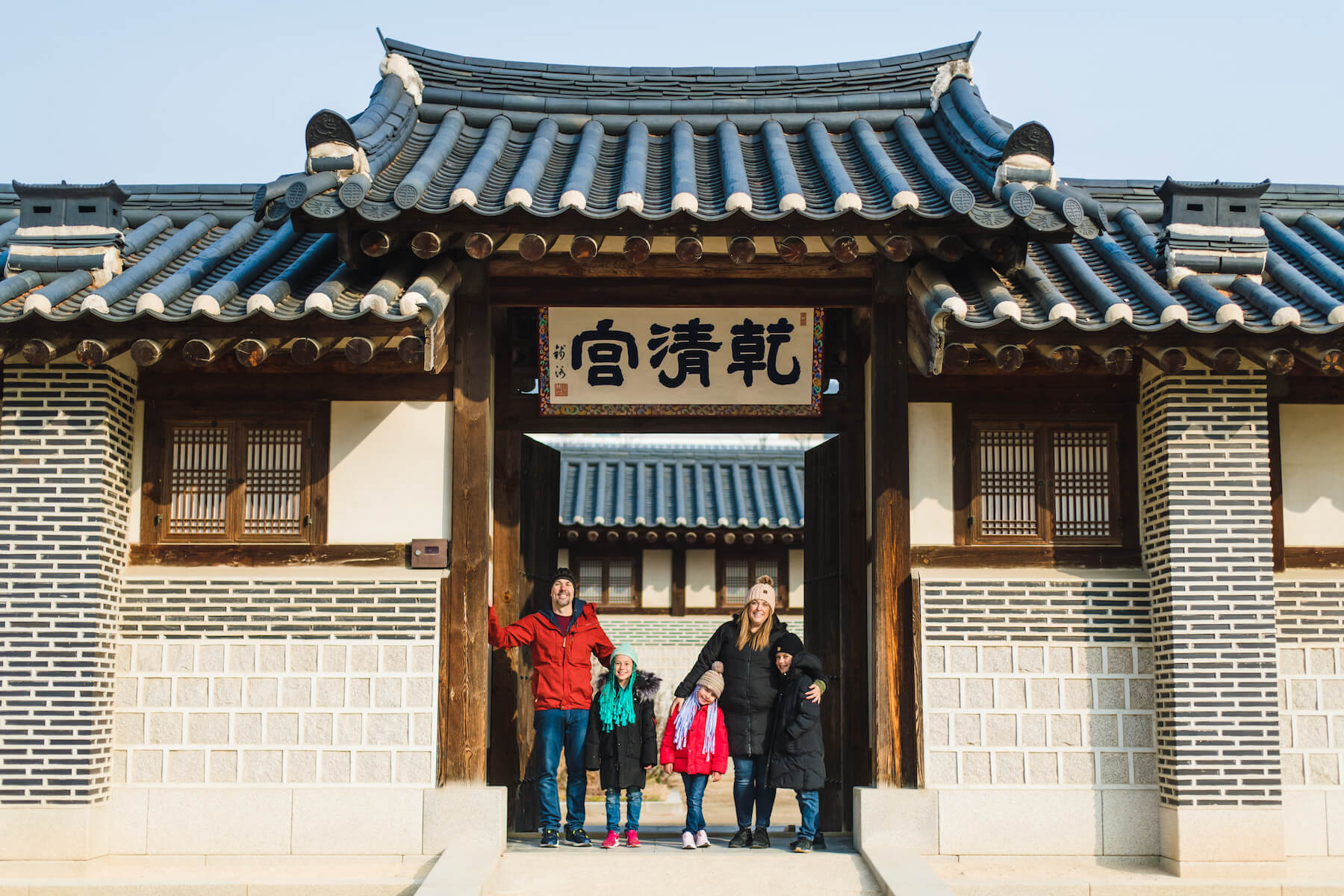 Photo: Allen in Seoul for Flytographer

Sometimes, the growing popularity of a place can do more harm than good. Cities that have become world-famous destinations can become overtourised to the point where locals are pushed out of their space, and it can feel impossible to find a place for yourself to breathe.

“Taking a good ‘vacation’ picture in Barcelona can be a challenge, especially during the summer months. The most popular locations, such as the Gothic Quarter (which is very small) or Park Güell get incredibly busy. I always recommend morning sessions for that reason, although in the summer it’s still hard. People usually want photos with the famous landmarks, but the truth is that if you just move a little bit away from the touristic centre, you can get even better shots with equally beautiful surroundings. Some of the places I can recommend are the nearby beach town of Sitges or the Barceloneta district, which is equally as charming as the Gothic Quarter and way less popular with photographers!” – Flytographer Natalia in Barcelona 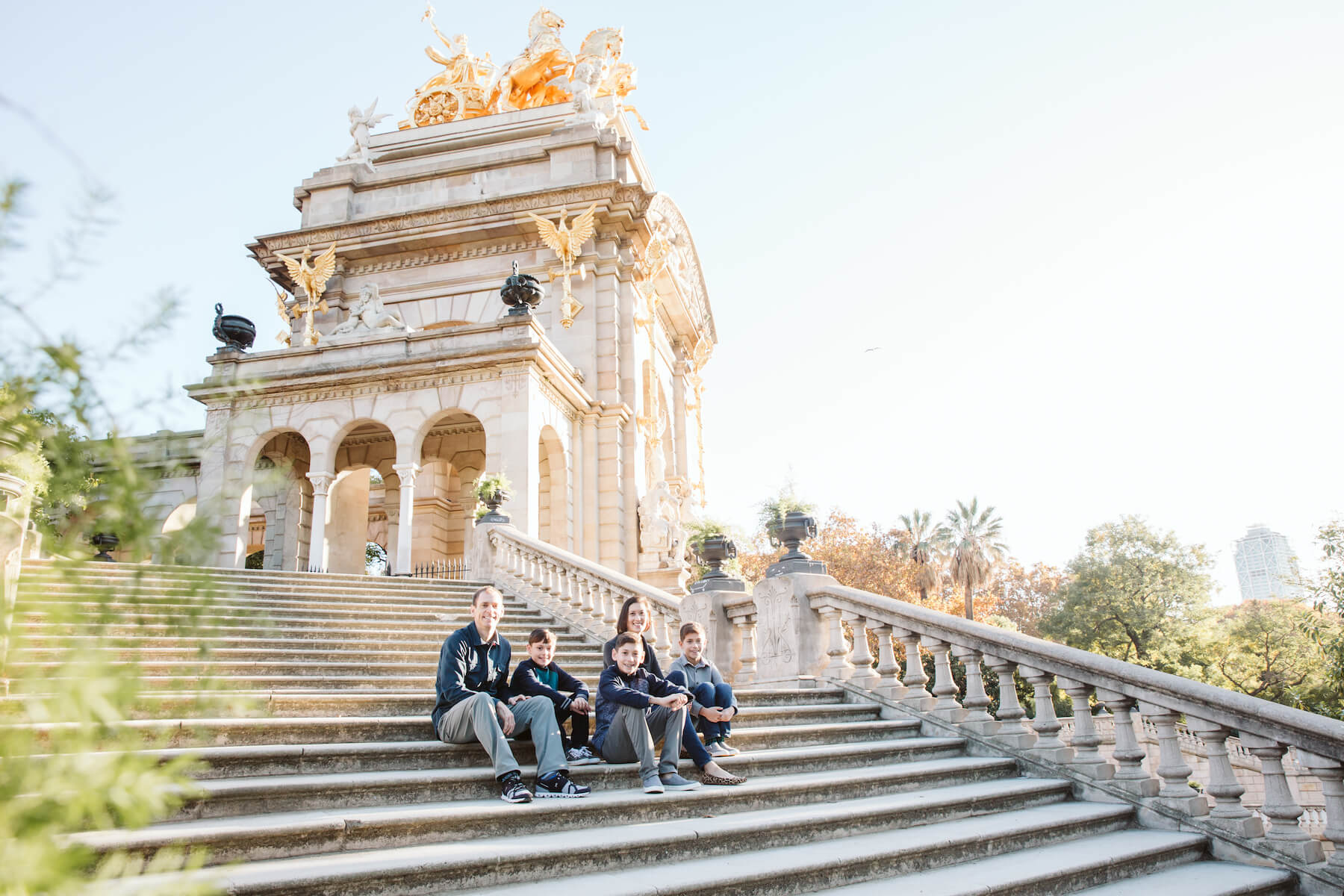 Photo: Natalia in Barcelona for Flytographer

What is the best time for a photo shoot?

We recommend visiting the most popular destinations early in the morning before the crowds, and during busy times, ask a local or do research on off-the-beaten-path destinations. In fact, Flytographer offers alternatives to “Insta-famous” photos and routes that everyone clamours for. Discover pockets of the city that are less overrun, and discover local secrets that are photogenic and tell the story of that destination in a new way. 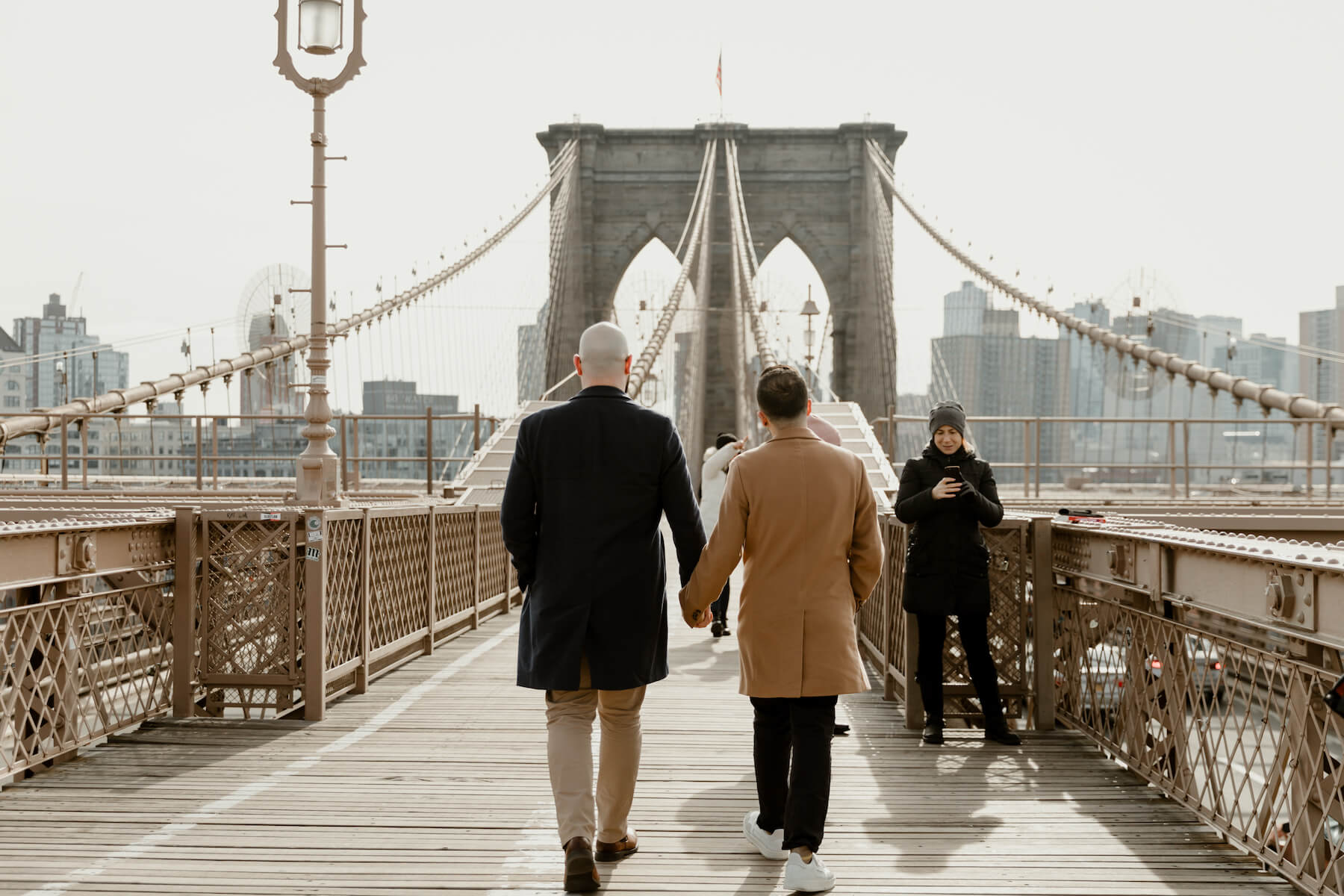 So what can we do?

Ultimately, we believe that travelling is about education and expanding our horizons through learning about cultures different from our own, meeting local people and investing time in learning about new cultures and customs. When we use photography to promote sustainable travel practices, we’re acting as leaders in the ever-changing landscape of travel.

“Respect for others” has been a core value at Flytographer since we launched seven years ago. This refers not only to how we treat our colleagues and clients but also our communities around the world. Our photographers bring insider knowledge on how to capture memories in ways that respect local landmarks, customs and people. – Nicole Smith, Founder and CEO of Flytographer (Photographed below with her two sons) 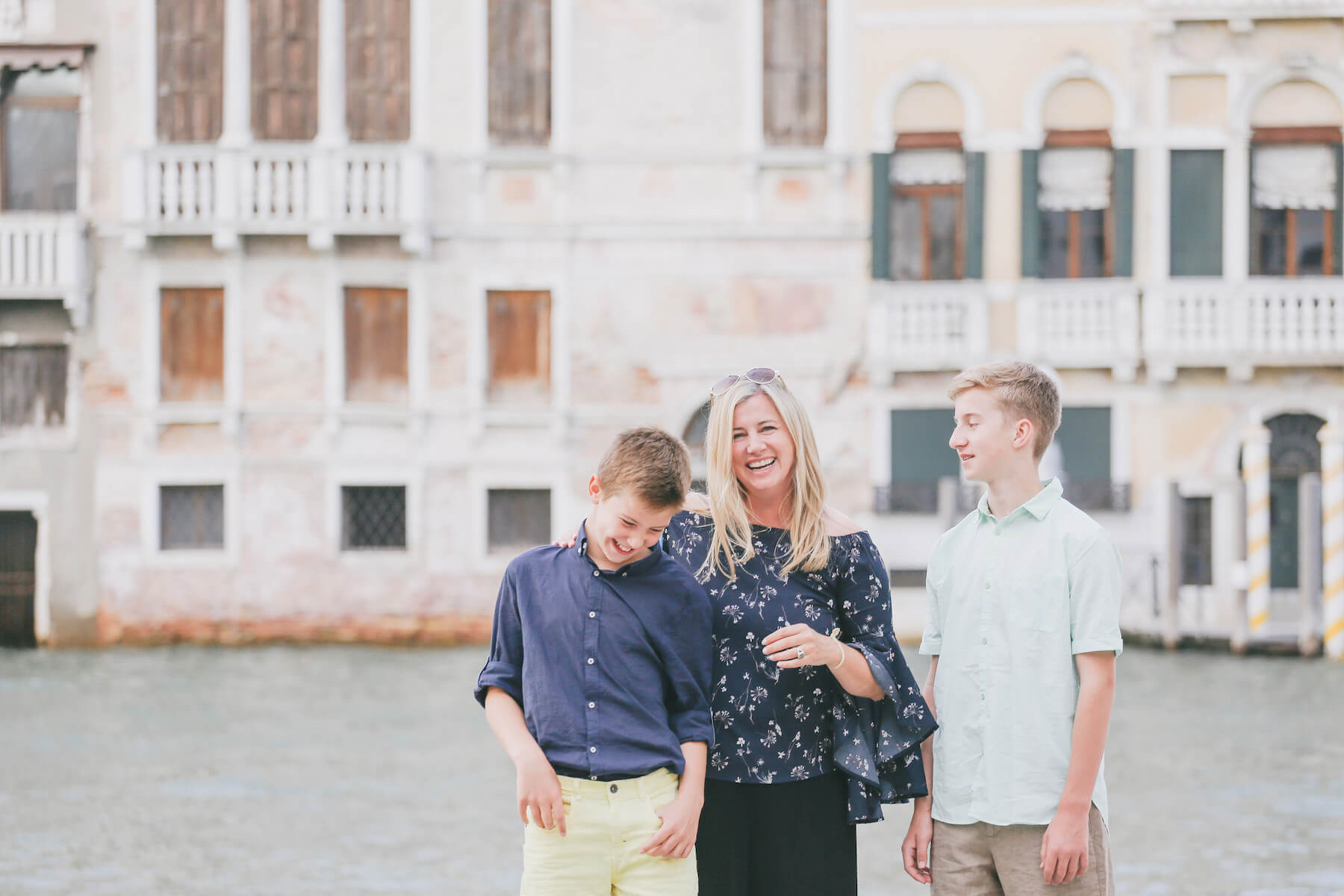 Photo: Marta in Venice for Flytographer

Embarking on a trip?

Are you heading out on an adventure of your own and ready to capture the beauty of your travel destination? Here are some questions to ask yourself before you take a photo:

If the answer is no to any of these questions, remember that there will always be other opportunities to capture beautiful photos! In this case, put your camera away and enjoy the moment anyway. If you want to capture the magic of travel, get everyone in the photo and learn local, insider tips about your destination, book a vacation shoot with one of our friendly local photographers around the world.

Best Family Vacations in the US

Family Travel Bucket List in the United States While family trips may not always feel like a breezy vacation, travelling...

Why The Modern Headshot is Important for Personal Branding

Build a personal brandOur world has shifted dramatically over the past year … to say the least. We’ve traded...