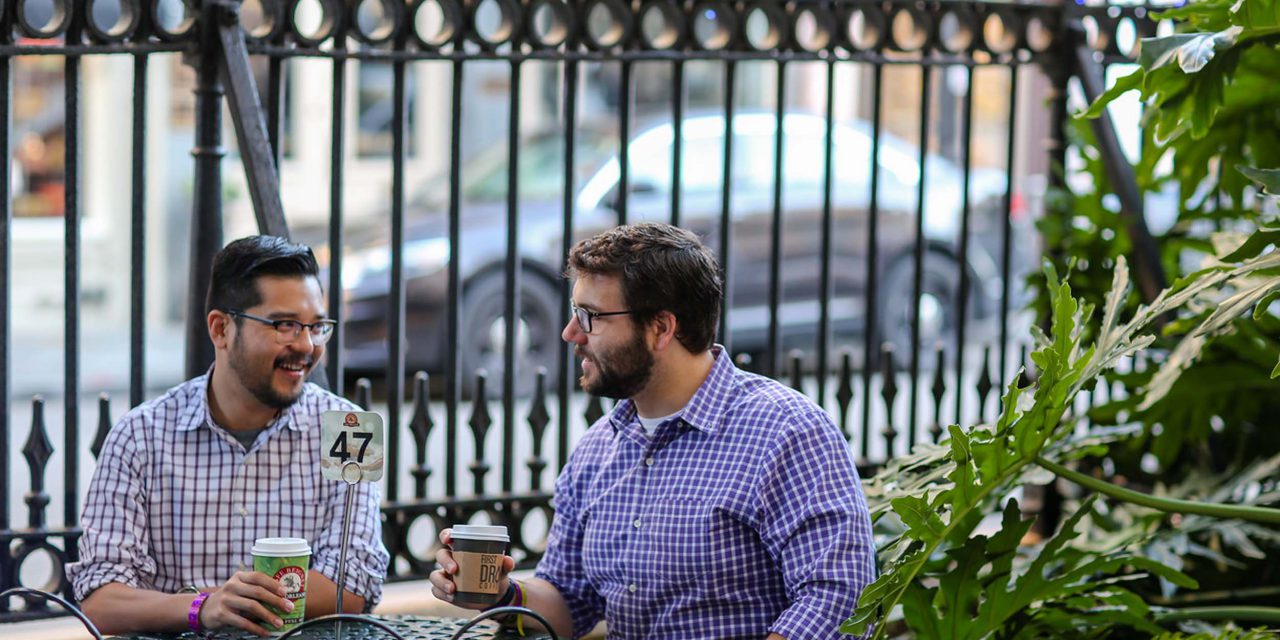 Is there anything better than meeting our amazing clients in beautiful cities around the world? Yes, actually – when we get to see them again on their next vacation! We absolutely loved exploring Seattle’s Pike Place Market with Brad and Garrett, so we were thrilled to catch up with them again in New Orleans. They gave us all the fun details on their most recent trip.

What inspired you to take this vacation?

Garrett and I are total wanderers with our travel bugs constantly nipping at our heels to get out somewhere, and New Orleans was a little weekender to help keep that wanderlust in check. Being just one state over, we thought it’d be especially fun to make a road trip out of it and see all the sights along the way, but the real clincher of this trip was the fact that we ended up as modern day groupies and followed one of our favourite bands, Spoon, along the way. We’ve been watching and listening to them for over a decade now, so the decision really was as easy as 1, 2, 3 — 1 band, 2 weeks, 3 cities, 4 shows, and 5(11) miles.

What was your favourite memory from the vacation?

On top of all the fun memories we got to make simply being on the road – if only we had a wandering Flytographer to join us for that – New Orleans is just such a fun city that is an experience in and of itself. There’s an exuberance of joy, happiness, and total life in that thick, humid air, and it’s paved into every little stone of the French Quarter. But of all the places one can really feel New Orleans, you only need to look for it in the jazz music that permeates and flows throughout all the streets and alleyways of the French Quarter. The laissez-faire lifestyle of letting things flow and just embracing all the goodness in life, that essence of New Orleans, was shown to us late one night in a charmingly rundown hole in the wall where the Preservation Hall Jazz Band plays nightly. Despite being tired from driving in that day, the jazz band put out so much cheerful energy into that tiny space and had us moving, clapping, and snapping along the whole time – laissez les bons temps rouler (let the good times roll)! Do you have any interesting or funny stories from your vacation? Or did you do anything unusual?

Garrett and I only had a short 48 hours or so to spend in and experience New Orleans, but we definitely made every minute count. Our drinks were endless and our nights were long. It was all “laissez les bons temps rouler” until we remembered how early our Flytographer shoot was, and our poor photographer Randy had the challenge of photographing us at the tail end of our authentic NOLA bender. On the morning of our shoot, Garrett and I were probably running on less than four hours of sleep on a night we could barely remember. We know Randy did a great job though, because he made all of our leaning that morning look intentional, and you can barely tell how much we wished we had our sunglasses that morning. New Orleans is a city of neighborhoods each with their own character. The soul of it lives in all the little places in between, so get lost in the French Quarter; wander down Frenchmen Street; stroll along the Garden District! Most importantly though, they don’t call it “The Big Easy” for nothing. Down in NOLA, plans are not meant to be followed and give way to wandering and adventure. Follow the sound of jazz music to that hole in the wall. Get that three-foot-long hurricane drink. Eat that extra beignet. Laissez bons temps rouler!