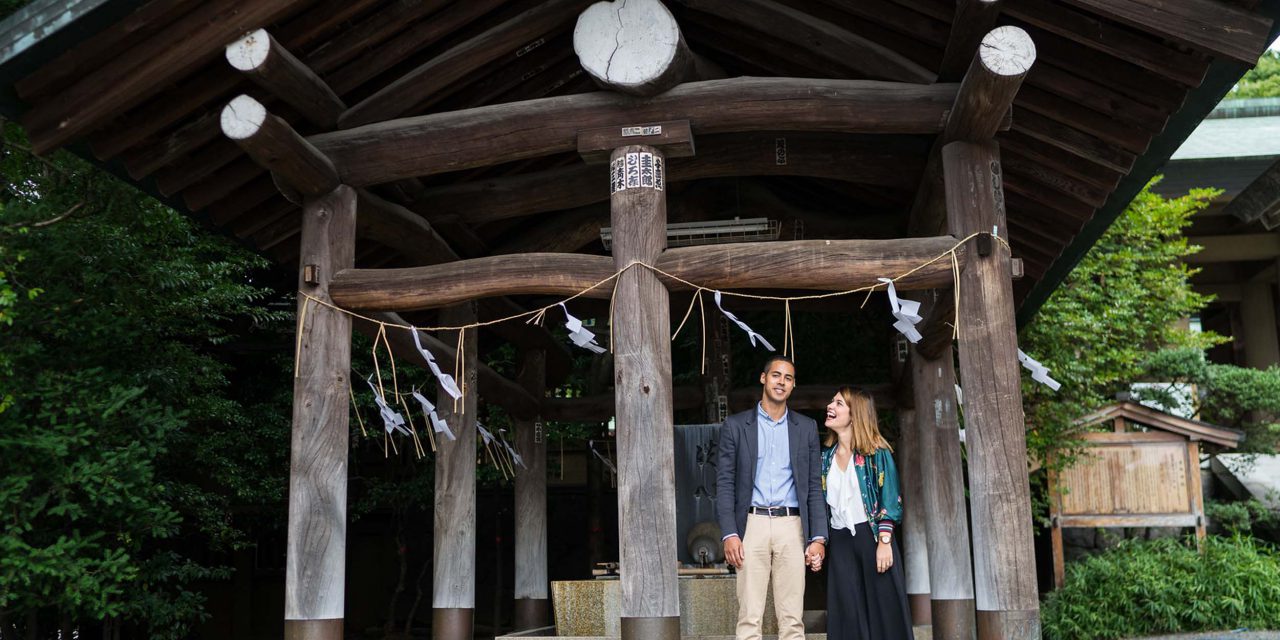 With its glittery high-rise buildings, ultra-modern efficiencies, and bullet-train lifestyle, it’s hard to believe that Tokyo was once a sleepy fishing village. Now home to more than 13 million people, this shrine to the newest and best is also a sanctuary of ancient Buddhist temples and zen gardens. Each neighbourhood is ripe for exploring, in a city offering untold delights for those seeking a modern metropolis with a healthy side of tradition. Read on for the best places to take photos in the capital of Japan.

Head to Tokyo’s Harajuku neighbourhood for shops, fun, fashion and urban scenery. Thanks to its popularity among young trendsetters, Harajuku is brimming with hip cafés, boutiques and eateries, in addition to some of Tokyo’s most cutting-edge fashion. For good reason, Shinjuku Gyoen is one of Tokyo’s most popular green spaces. Take a trip during cherry blossom season, from mid-March through April, and you’ll be greeted with gorgeous swaths of sakura. To truly experience the buzzing of Tokyo, head to the shops of the trendy and busy Shibuya Ward. Join the famous “Shibuya Scramble” as pedestrians flood the intersection to cross in front of Shibuya Station. Then, take in the fascinating dichotomy of the city down Nonbei Yokocho, also known as Drunkard’s Alley, a lantern-lined perfectly preserved peek at Tokyo’s past. One of Tokyo’s most famous Shinto shrines, Sensoji Temple’s impressive Kaminarimon gate and the surrounding historical streets are a must-visit for any visitor to Tokyo. Don’t miss the centuries-old market stalls surrounding the temple gates for colourful souvenirs and snacks. Once the centre of geisha entertainment, Kagurazaka is now a popular area for shopping and dining and is also known as Tokyo’s French Quarter. Dining options range from upscale Japanese cuisine to French cafés lining hidden alleys branching off from Kagurazaka’s main sloping street, which becomes exclusively pedestrian every Sunday from noon until 7 pm and each weekday from noon until 1 pm. The sprawling forests surrounding Meiji Shrine are a far cry from the surrounding bustle of modern Tokyo. Imposing torii gates welcome visitors to this serene city oasis. Inside, purchase a wooden ema for the shrine’s deity and write down your wishes for the future. More travels, perhaps?

Book A Photographer in Tokyo

Let’s Go to Japan! A Traveller’s Guide to Kyoto and Tokyo