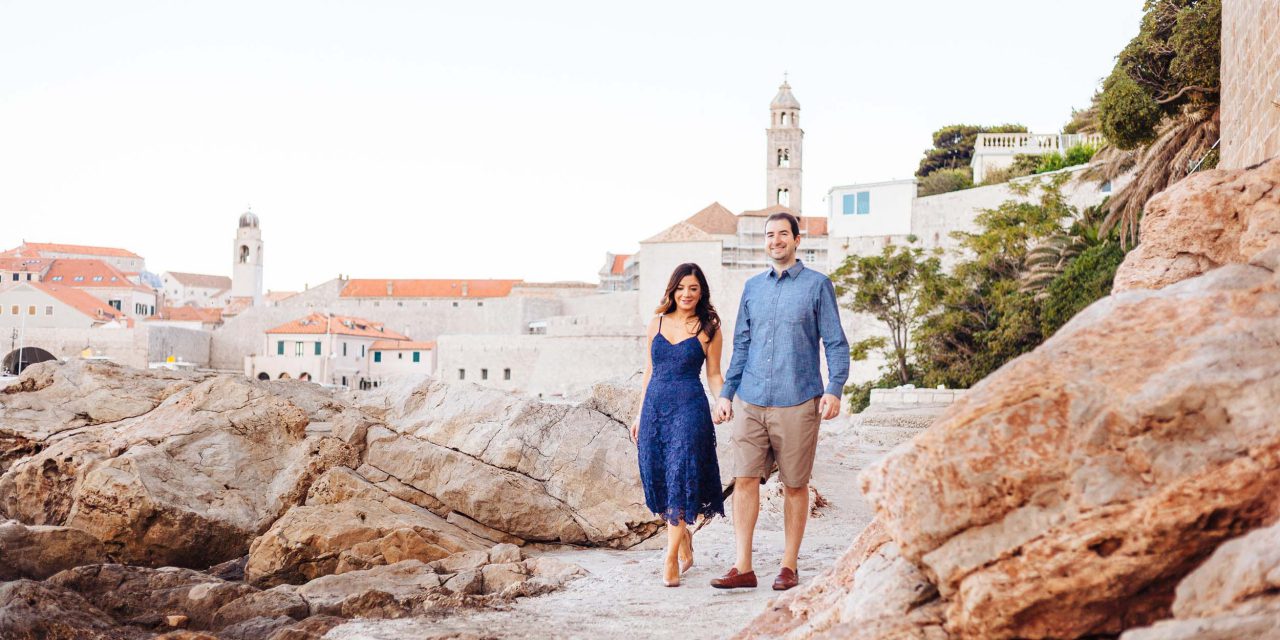 Rising dramatically from the Adriatic Sea, Dubrovnik’s popularity skyrocketed recently thanks to its appearance in Game of Thrones, but this walled city has always been a jewel in Europe’s crown. Now a UNESCO World Heritage Site, Dubrovnik allows the historical imagination to go crazy, with solid stone fortresses and narrow cobbled streets ripe for exploration. Read on for the best places to take photos in this stunning seaside destination. The highlight of Dubrovnik’s medieval Old Town are the wonderfully well-preserved city walls. Pay the fee to walk the walls (because you should if you’re in Dubrovnik), but go early and take in the stunning medieval architecture and the sparkling sea views. Now that you’ve walked Dubrovnik’s famous walls, head to Old Port and take in just how imposing they really are. This peaceful spot is a great place to linger over beautiful sea views. Ride the cable car from Old Town to Srđ mountain for unforgettable aerial views. Our advice? Time your trip with golden hour for the most photo-worthy panoramas. Side Streets of Dubrovnik

Ditch the map and get lost down Dubrovnik’s narrow winding streets. Climb the city’s steep stone stairways and you’ll be rewarded with sweeping views of the city, and possibly your new favourite lunch spot. Just a few minutes from Dubrovnik by ferry, this little island lush with cypress and olive trees is the perfect city escape. Explore the island’s botanical gardens, monastery ruins, or take a dip along the coast. Don’t forget to peek through the trees to see Dubrovnik from a unique perspective.

Book A Photographer in Dubrovnik

Travel ideas to spark your next trip away from the crowds. Whether you’re planning ahead for Valentine’s Day or...

Warning! Our cheeks hurt from smiling and our hearts are bursting over these adorable couples from across the globe....

Should I go to Playa del Carmen, Cancún, or Tulum?

If aquamarine waters, powder white sand and the savory smell of cochinita pibil sounds like heaven, it’s time to...