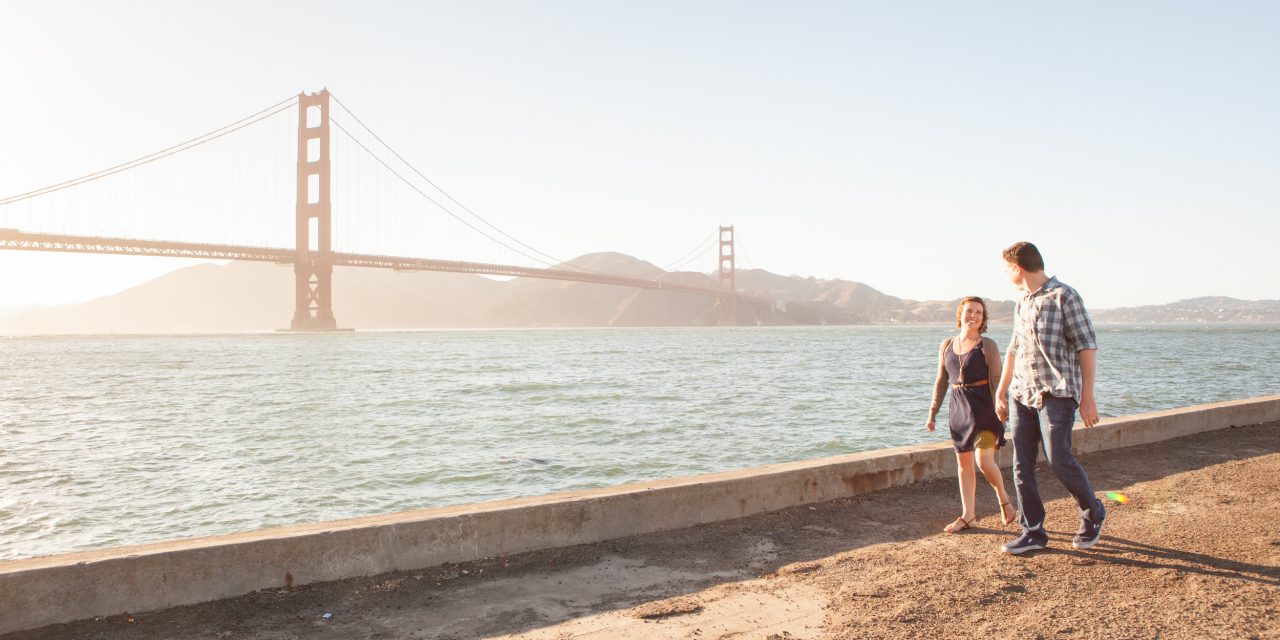 When you think of San Francisco, the beach isn’t always the first thing that comes to mind, but the Golden Gate Bridge probably is! This affectionate couple celebrated their anniversary at this hidden San Francisco gem on the beach, with a spectacular view of the Golden Gate as the background for their shoot! Flytographer Megan joined this couple as they strolled along the sea, and captured this sweet keepsake of their first year of wedded bliss.

“We came to San Francisco for our 1 year anniversary.  I (Lindsay) went to college at SFSU so the city is very close to my heart.”

“Matt and I spent 3 great days there, visiting Golden Gate Park, the Presidio, andthe Legion of Honor, as well as riding the cable cars!”

“My favorite memory was renting a paddle boat in Golden Gate Park and having Matt do most of the paddling!”

“My top tip to other travelers is to stay in the neighborhood you want to explore so that you can walk, and not worry about your car, to nearby attractions and local restaurants.” – Lindsay

For more inspiration for your next anniversary trip, check out our new Travel Inspiration!

View destinations
Give a gift card

Beautiful Valentine’s Day Traditions From Around the World

Starting to feel the love as Valentine’s Day approaches? We chatted with our local photographers around the globe to...