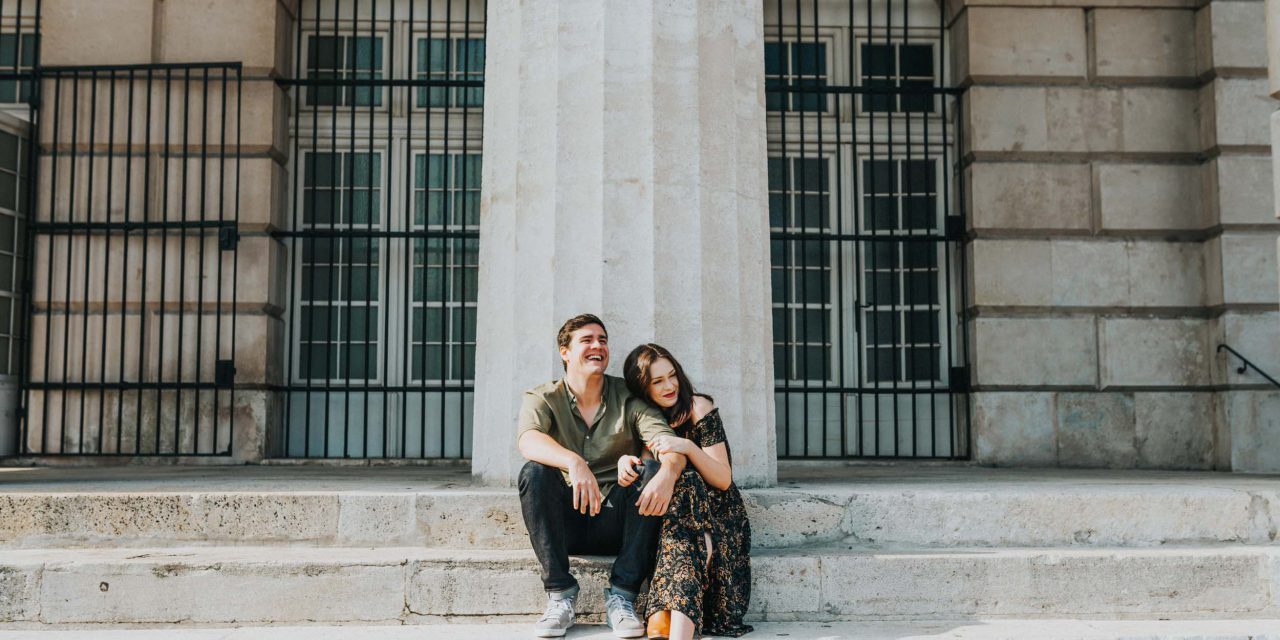 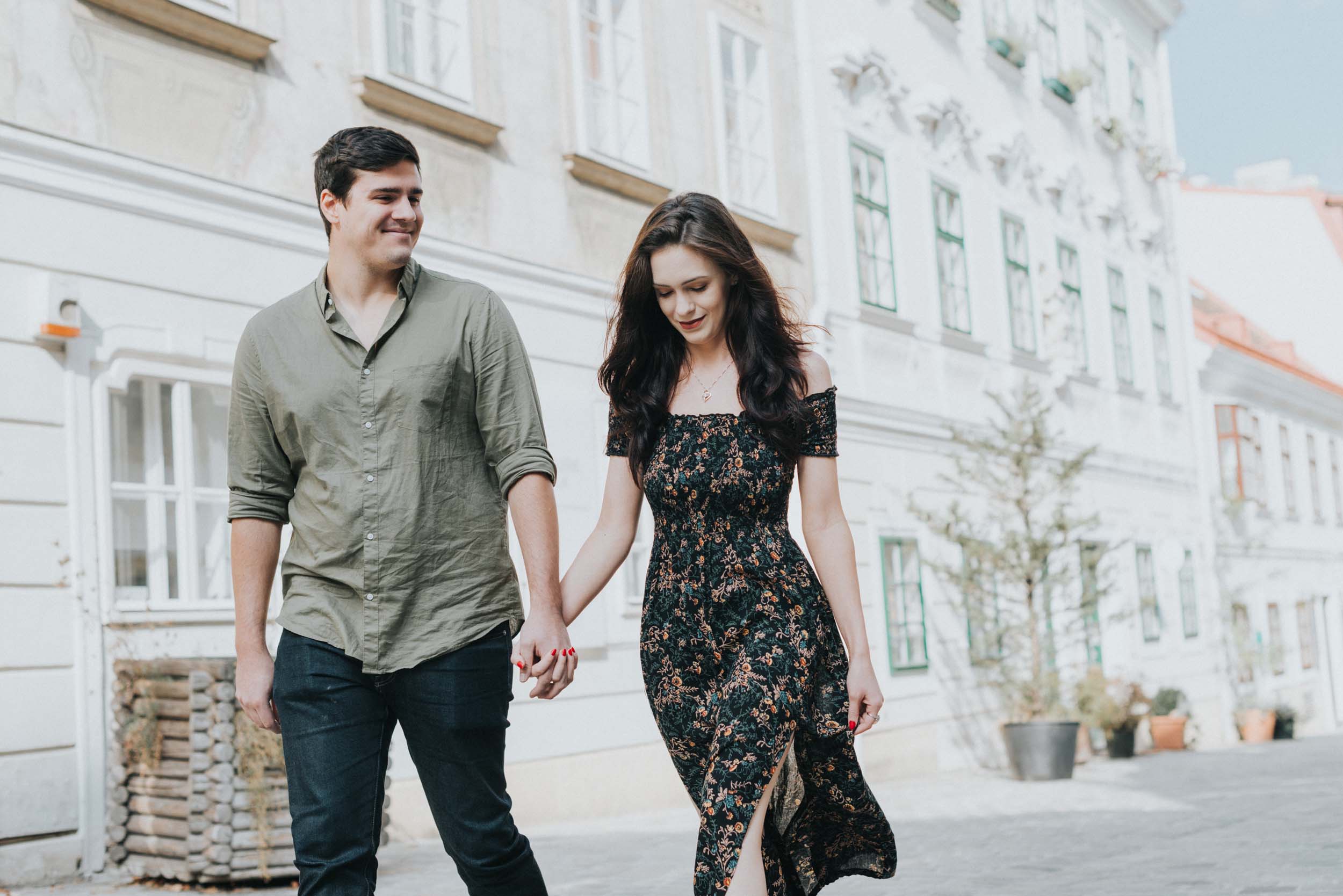 Despite 3,000 miles between them, Paris and Paul have made their long distance relationship work and it made their time together in Vienna even more special. And the incredibly sweet keepsake they sent each other as a reminder of their trip together? We’re definitely borrowing their idea on our next trip. Read on for the details. 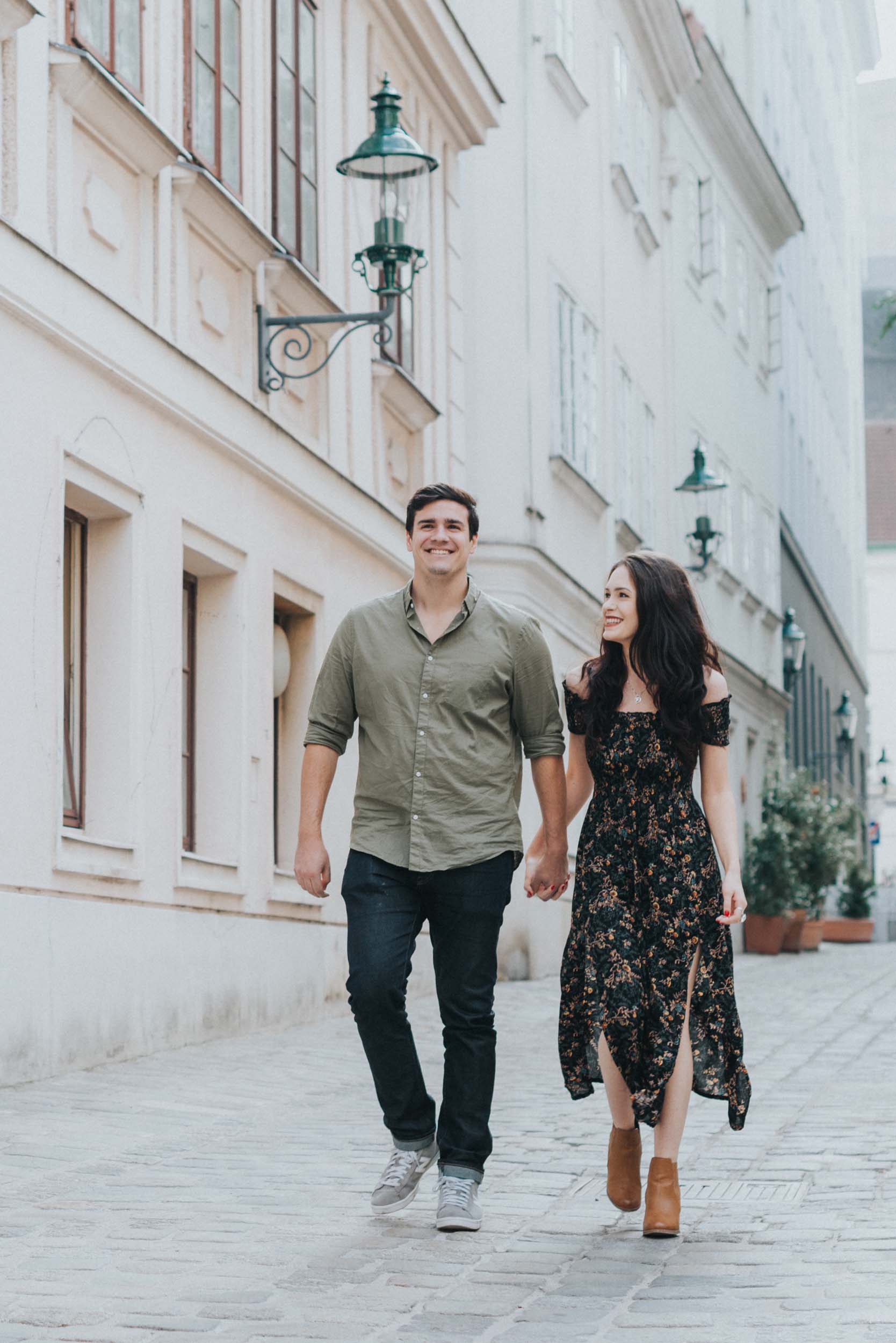 “Paul and I have always been long distance. We knew going into it that that’s what it would be, so our entire relationship has been a lot of travelling back and forth. On a normal day, we are separated by about 3,000 miles – he resides on the west coast, I on the east. Each visit is incredibly special and time spent together is never taken for granted. Looking back at pictures after we’ve each gone our separate ways again is one of the most comforting means of coping. 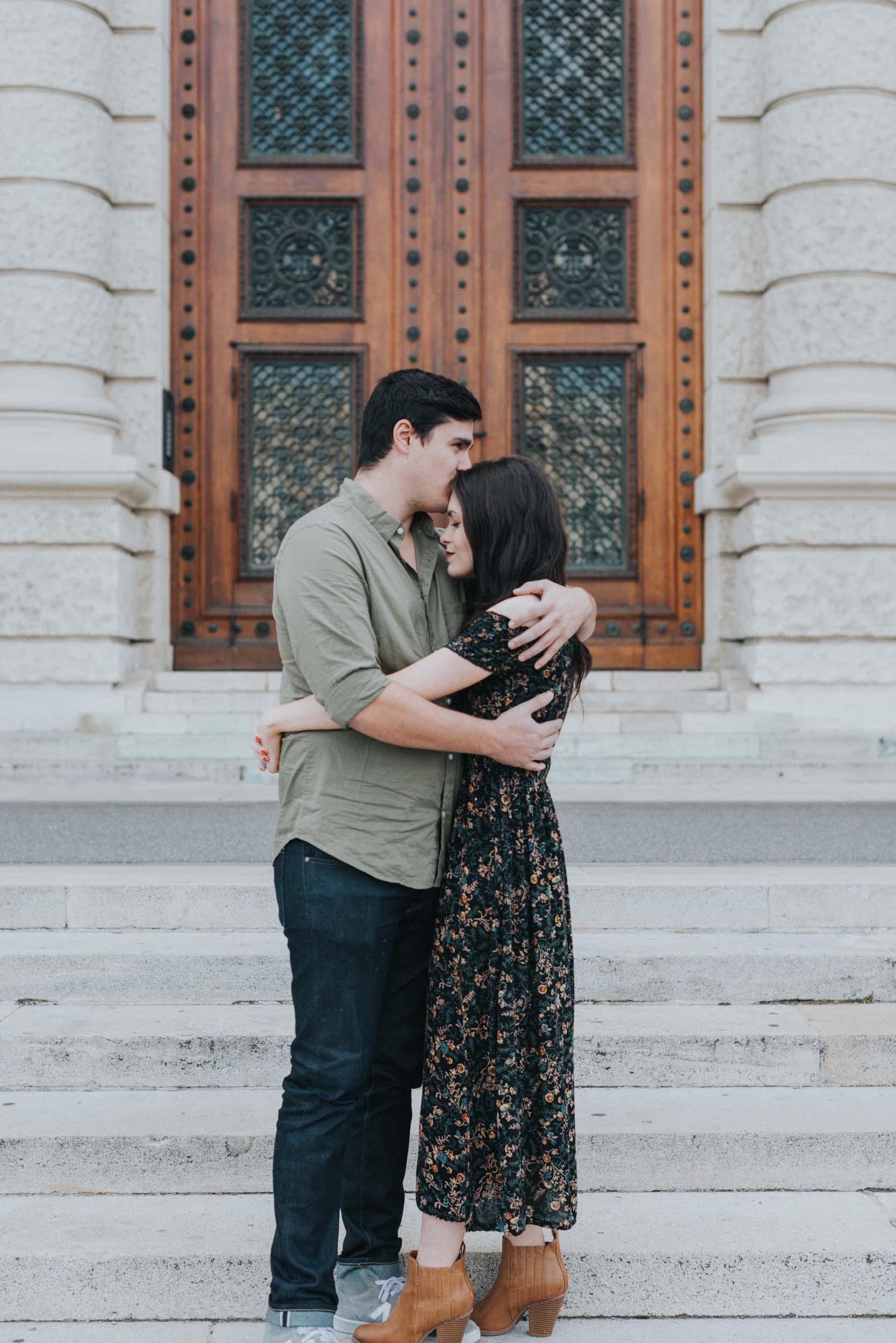 “Everyone knows my boyfriend does not like having his picture taken. This was the best experience, however – Natascha felt like an old friend and she really took the time to point out cool spots and hidden gems around the city. I could tell the conversation helped put Paul at ease and make him feel more comfortable. It was much more relaxed than I could have hoped for and I love the resulting photos. They are so special and really captured the essence of our relationship as well as the surrounding distinctive landmarks of Vienna. 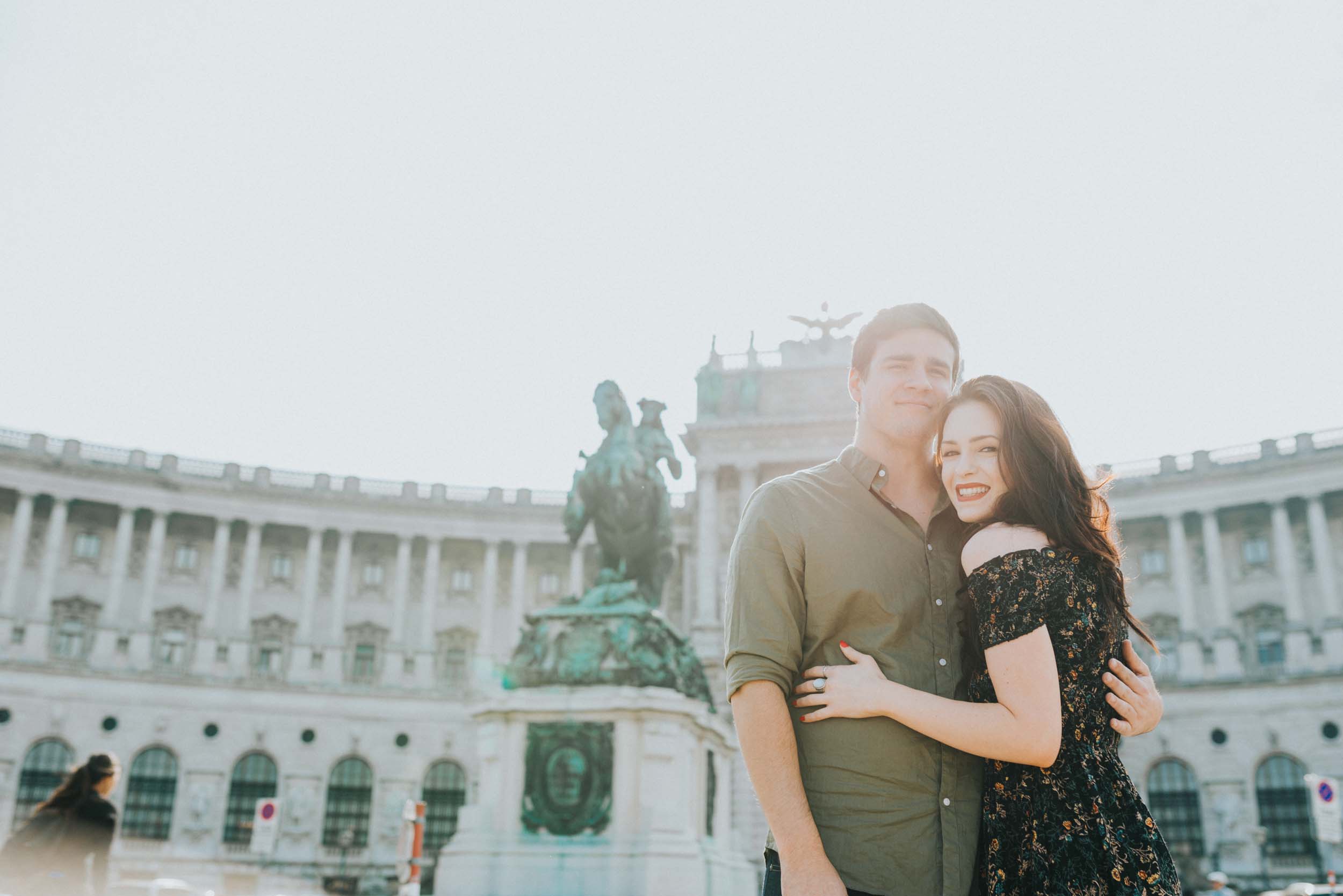 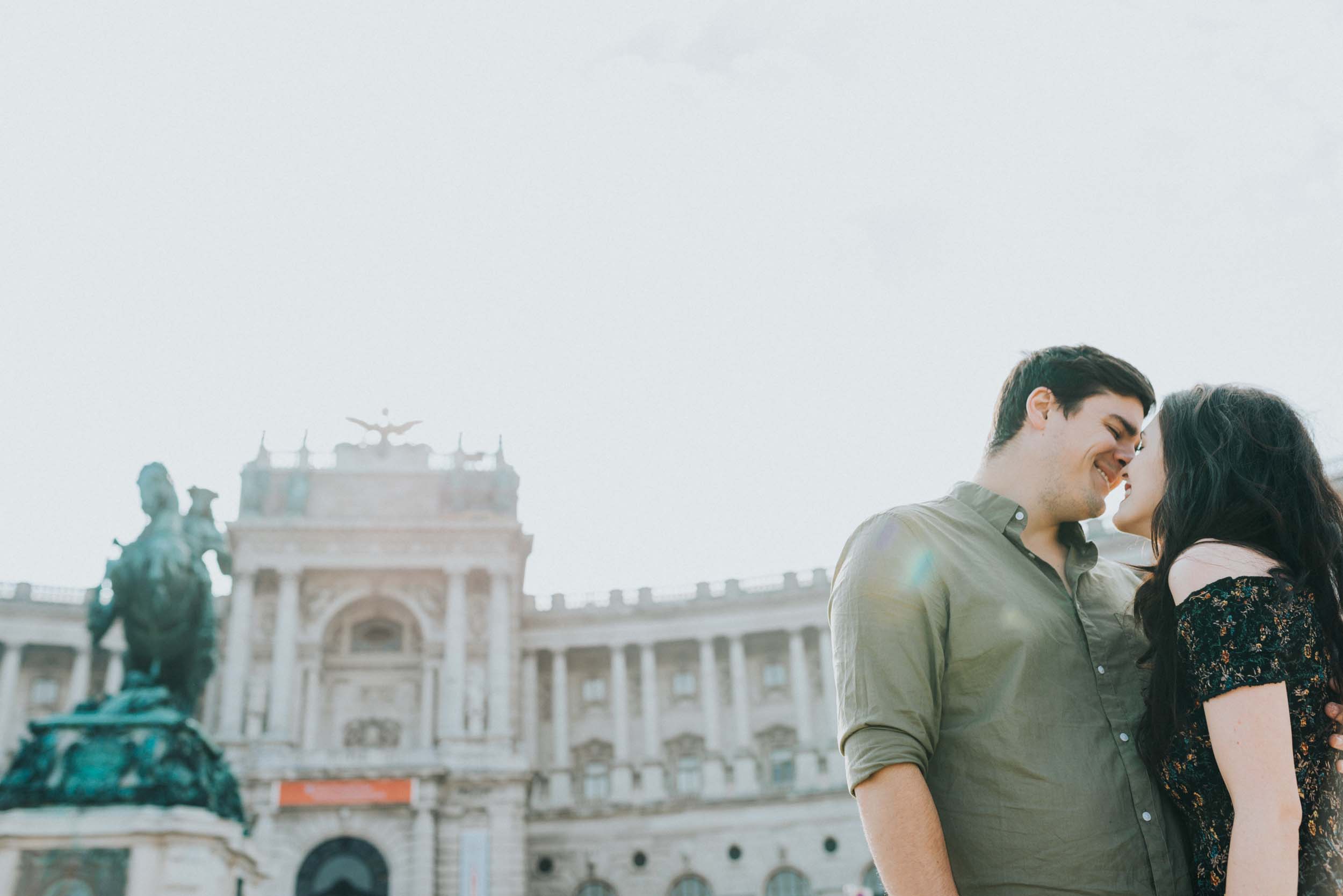 “Our anniversary was coming up, as was his birthday, and I kind of decided since we already fly quite a bit for our reunions, why not just literally go the extra mile to have a grand adventure in an all-new location? So that’s exactly what we did. We spent four days in Germany and four in Austria before returning to the States. 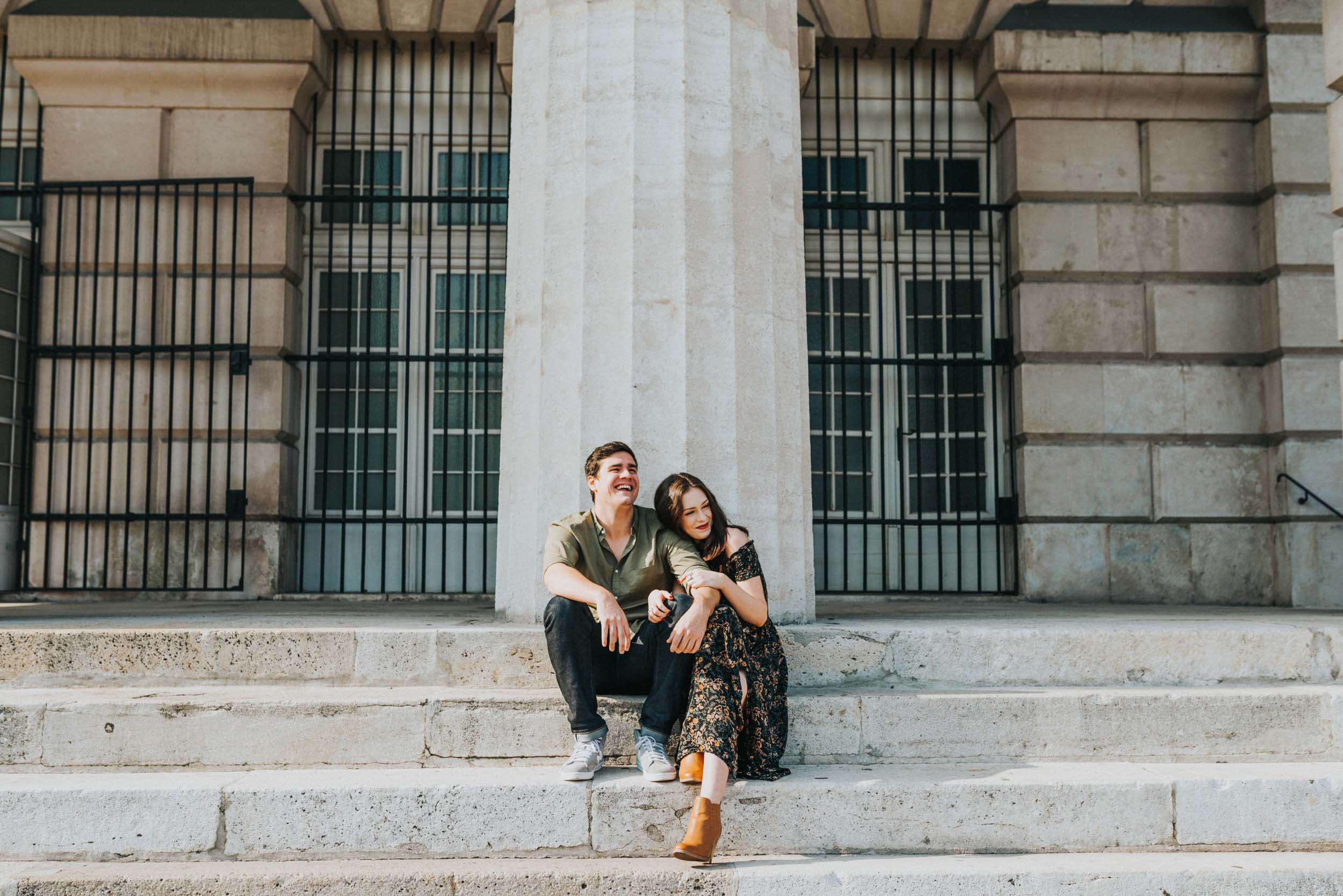 “My favourite memory from the time we spent there is a toss-up between trying the Oktoberfest sampler platter at a little restaurant under the Glockenspiel (I famously despise most pork, so Paul and I had a good laugh about trying all of the different types of sausage. But hey, I did it. ‘A’ for effort.) and strolling through the seemingly never ending street market in Vienna. We tried lots of different foods (I loooooved all the fresh produce!), picked up some handmade souvenirs, and sent out postcards to our families back home. At the end of the trip, we also sent a postcard to each other so we would have something postmarked from Germany to serve as a simple yet over-the-top sentimental keepsake.” – Paris 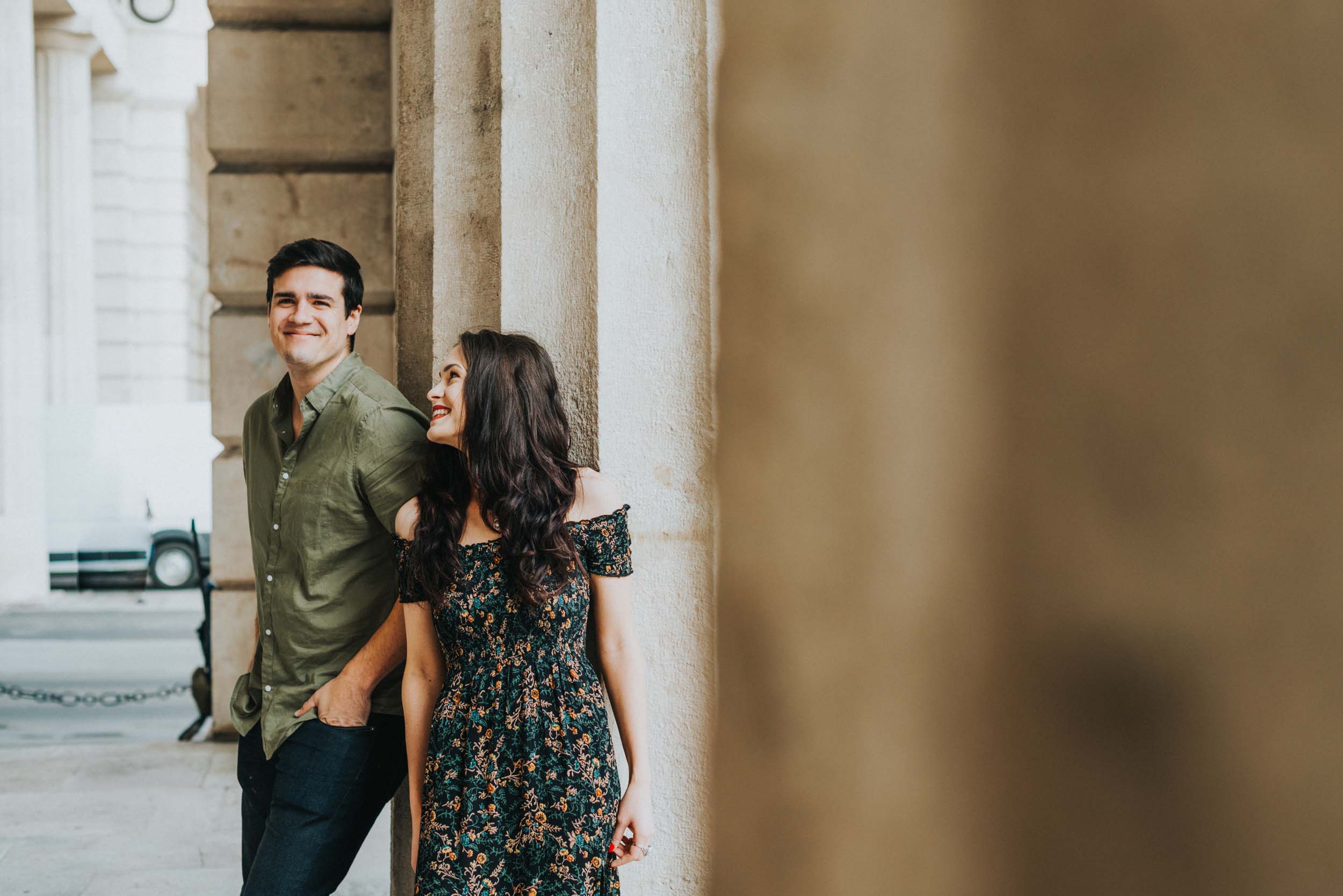 Capture the Magic of Travel