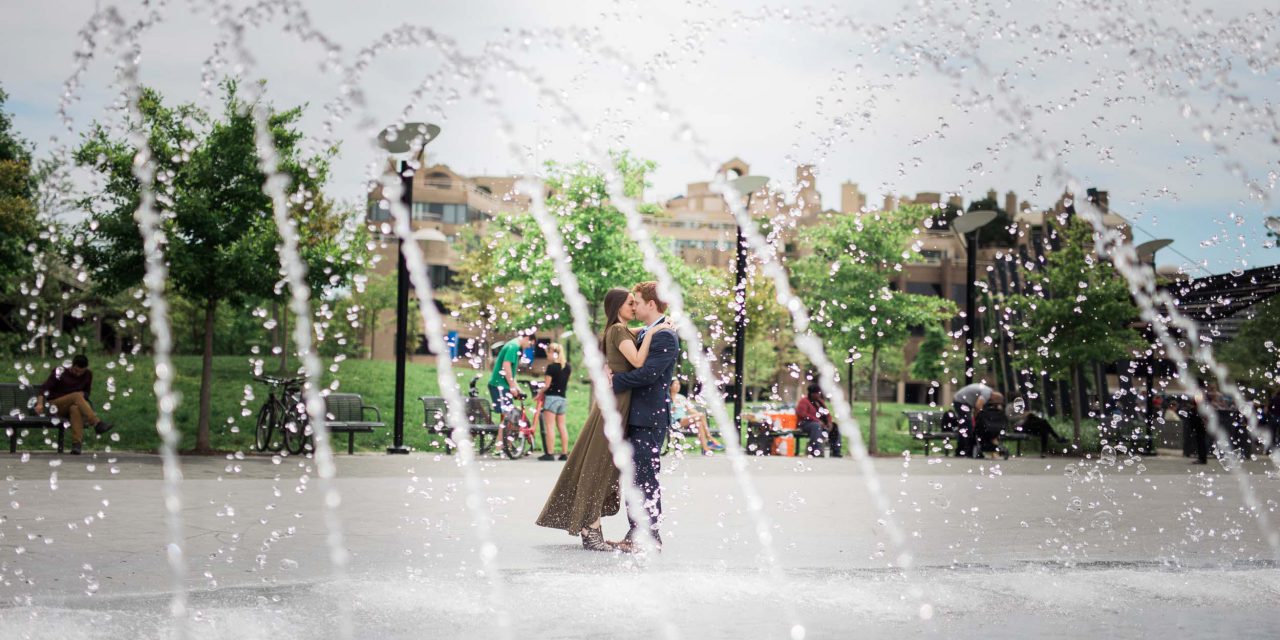 According to his now fiancée, Jared is a guy who goes after what he wants…and that’s exactly how he ended up with her! Read on for the story behind their gorgeous Washington D.C. proposal.

“About four years ago, I was fresh out of college and starting my first job at a large accounting firm. Jared and I would make small talk in passing from time to time (after all, it was pretty easy to strike up a conversation with a social butterfly like me). Eventually, Jared took a chance and asked me on a date. I said yes. Jared knew exactly what he wanted and went after it and he does that with everything he wants in life…and that’s why I love him.” – Christina

“Our very first date was in the Georgetown area (it is still our favourite place to have date nights). Fast forward three years later and I found myself in Georgetown with Jared again, but this time I was being proposed to! We talked about getting married for so long. Eventually, Jared suggested we go out for brunch to celebrate our third anniversary. At the last minute (in true Jared fashion), he suggested we bump up the time to 10:30 in the morning. I told him there was no way I would go to a seafood restaurant that early. He looked at me and in a serious, planner-like tone said, ‘You have to.’


“So, while out celebrating our third anniversary, Jared found a quiet little spot by the waterfront. I did not want to be the center of attention and I was shocked he took the time to find a reasonable spot. What was even more shocking is he had hired a photographer! What?! Jared who?! Jared who never plans a thing in his life unless it’s work related?! He got on one knee, presented a dream ring, expressed his love for me and asked me to marry him. I said YES!!! We ate brunch at a restaurant and then Jared planned a get-together with family. So while the proposal may have been a bit obvious (shhh), the rest of the proposal was not and I was very impressed.” – Christina

Best places to take pictures in Washington DC Only in the nation’s capital, Washington, D.C., can you visit some of...

“Perseverance and spirit have done wonders in all ages.” ―George Washington   Best things to do in...