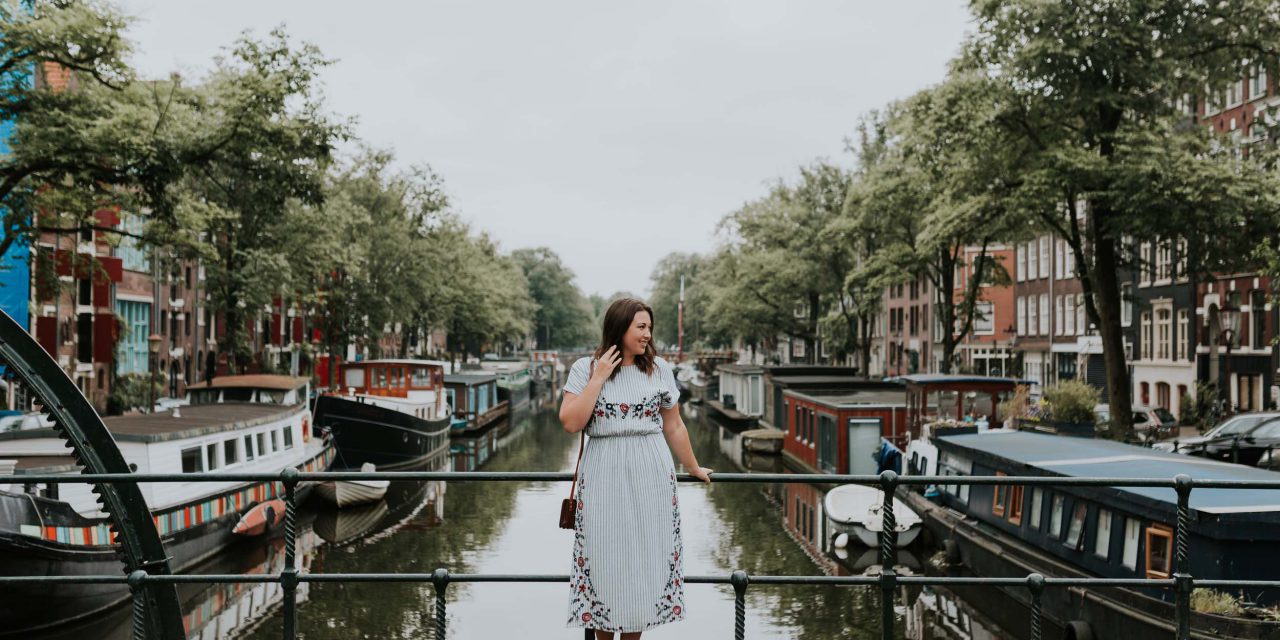 Our wonderful European Shoot Concierge, Shay, recently embarked on a new adventure. Previously based out of our headquarters in Victoria, Canada, she set off for Rome this summer to provide our network of photographers (many of whom are based in Europe) and our customers even more hours of concierge service. Of course, it hasn’t been all work. She’s been taking full advantage of days off by travelling around Europe as much as possible. Recently, she embarked on her very first solo trip to Amsterdam and came away with so much more than she expected. Read on for Shay’s take on what solo travel has taught her. 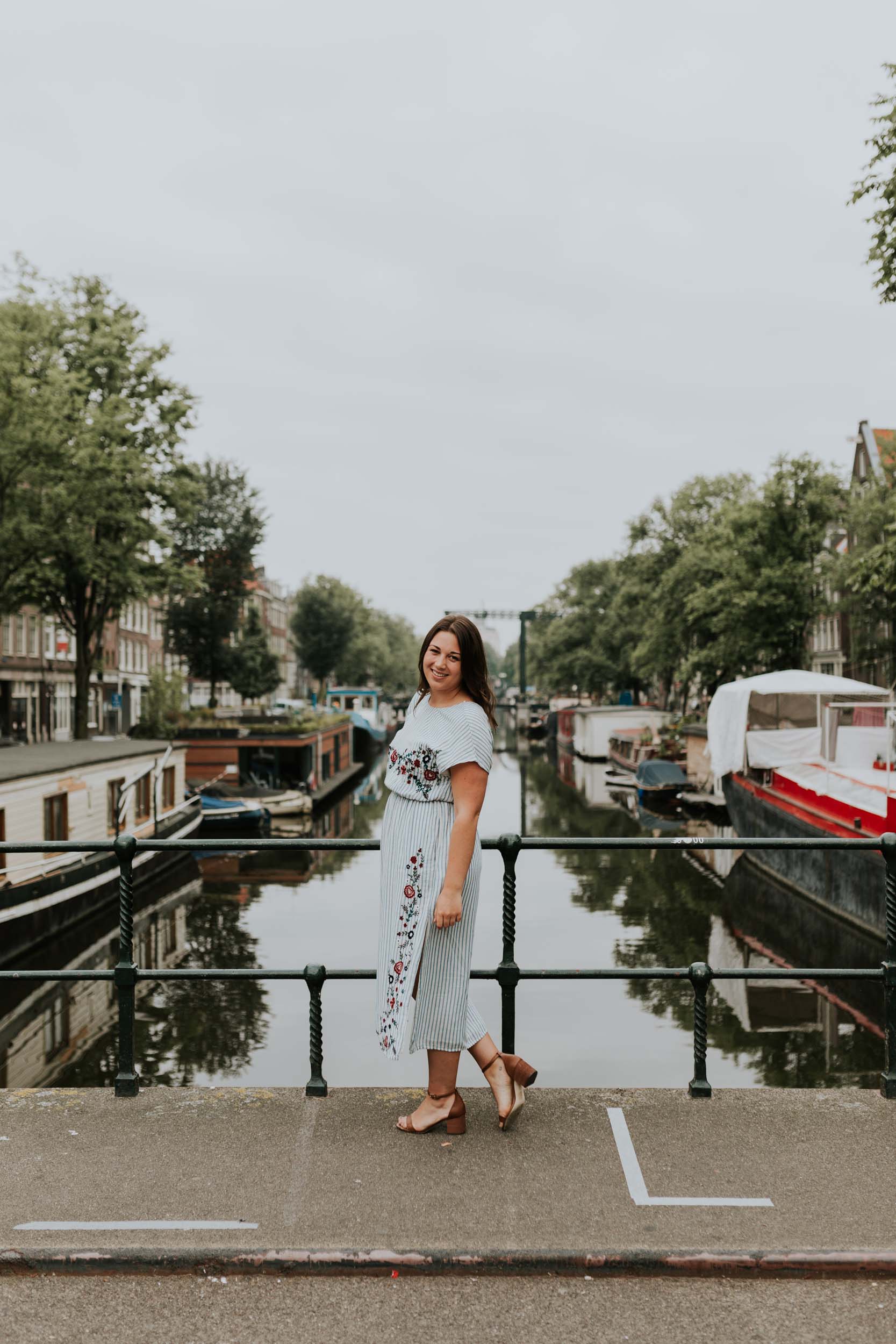 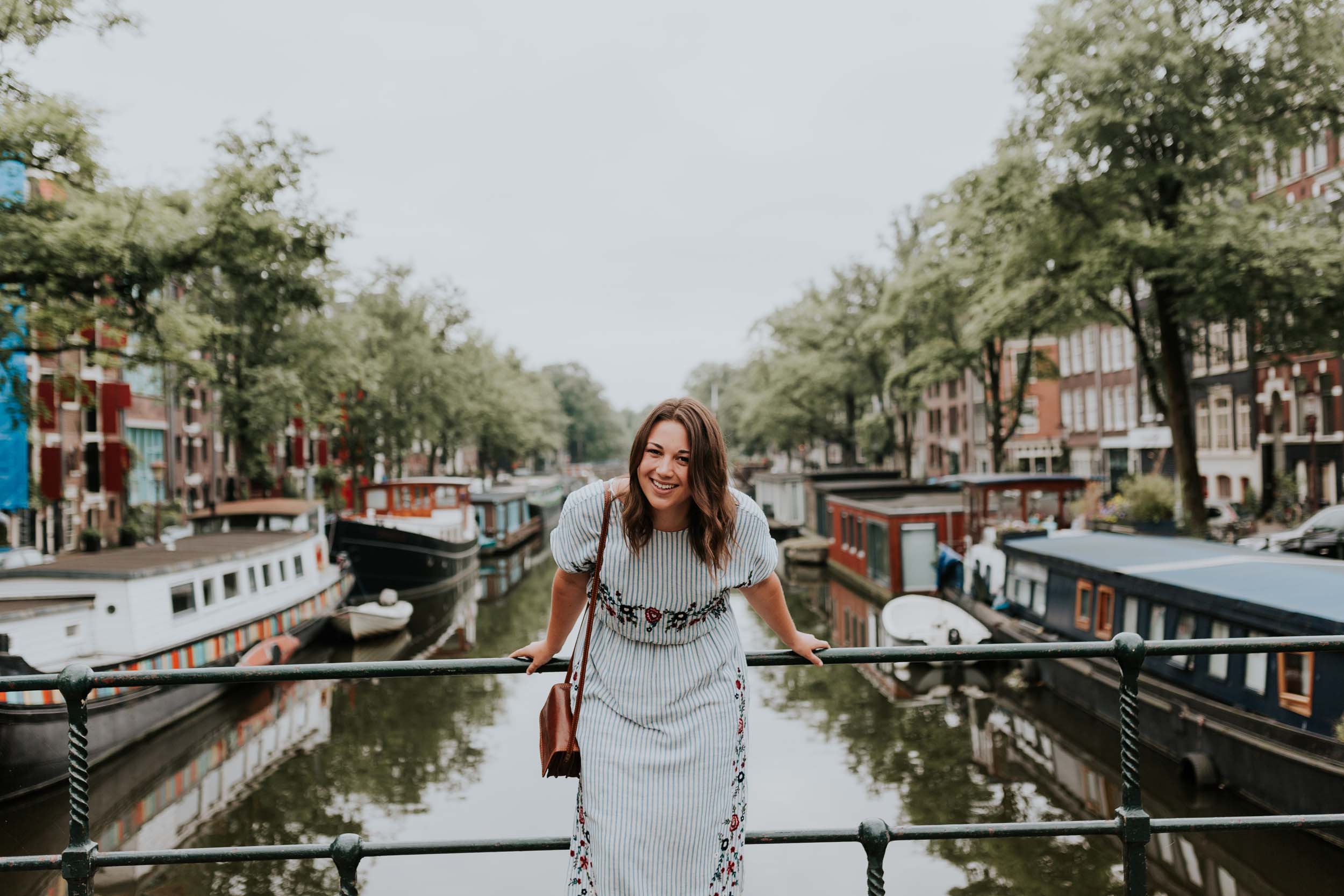 For years, I’ve believed that the quote “happiness is only real when shared” could only translate into travelling with another person, and that solo travel could never yield the same feelings of happiness that I’d felt when travelling with friends and family. I can’t believe how wrong I was. Solo travel has not only brought me insurmountable joy and happiness, it has made me step way out of my comfort zone, forced me to befriend people who I’ve just met, and given me the chance to be deeply introspective and think about what I want to do for once, rather than taking into consideration everyone else’s needs, wants, and concerns. Does that make me selfish? I don’t think so. Does it mean that I never want to travel with other people again? Not at all. I’ve just now realized (after 25 years on earth) how incredibly valuable and enriching solo travel can be. The big ticket item? Solo travel allowed me to love and respect myself in a way I didn’t know I needed. Let me explain… 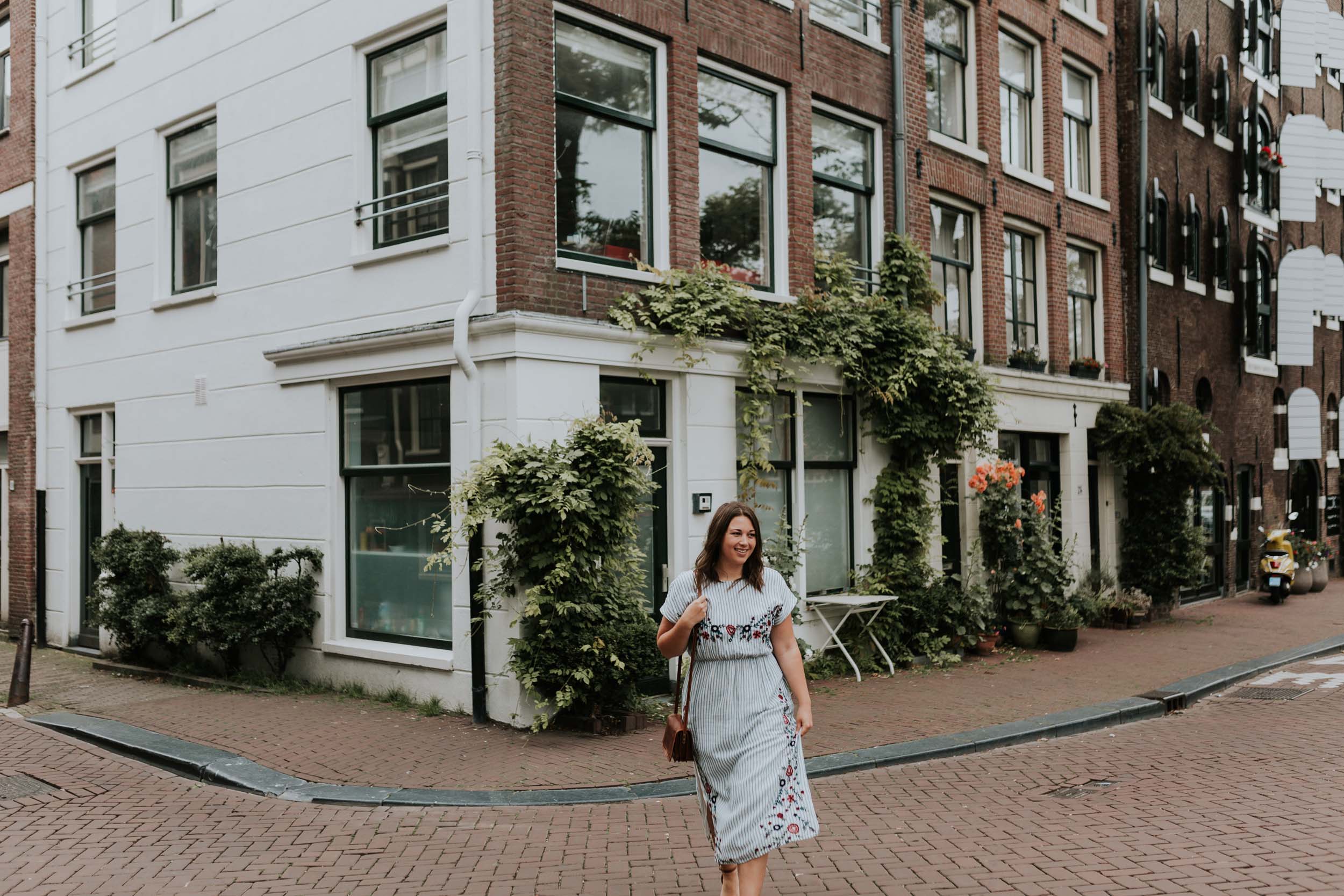 A year ago, if someone had told me, “Next June, you’ll be living in Europe, going to Amsterdam by yourself, and having new adventures with people you’ve just met. Oh, and you’re also going to do a solo photoshoot,” I would have never believed them. Solo travel? Nah, not for me. Befriending strangers? Scary! Solo photoshoot?! Never going to happen. Now, here I am, doing those things and loving… Every. Single. Minute. Often the anticipation and worry is far more scary than actually doing it, which was so very true in my case.

I was in Amsterdam for 72 hours. I’d never been there before and knew very little about the city aside from the fact that it has pretty canals and a red light district. I booked the entire trip seven days before my plane took off, including my flight, hostel, and Flytographer shoot. I’ve travelled extensively in my life, but never completely, totally alone. It felt wonderful and scary all at once. 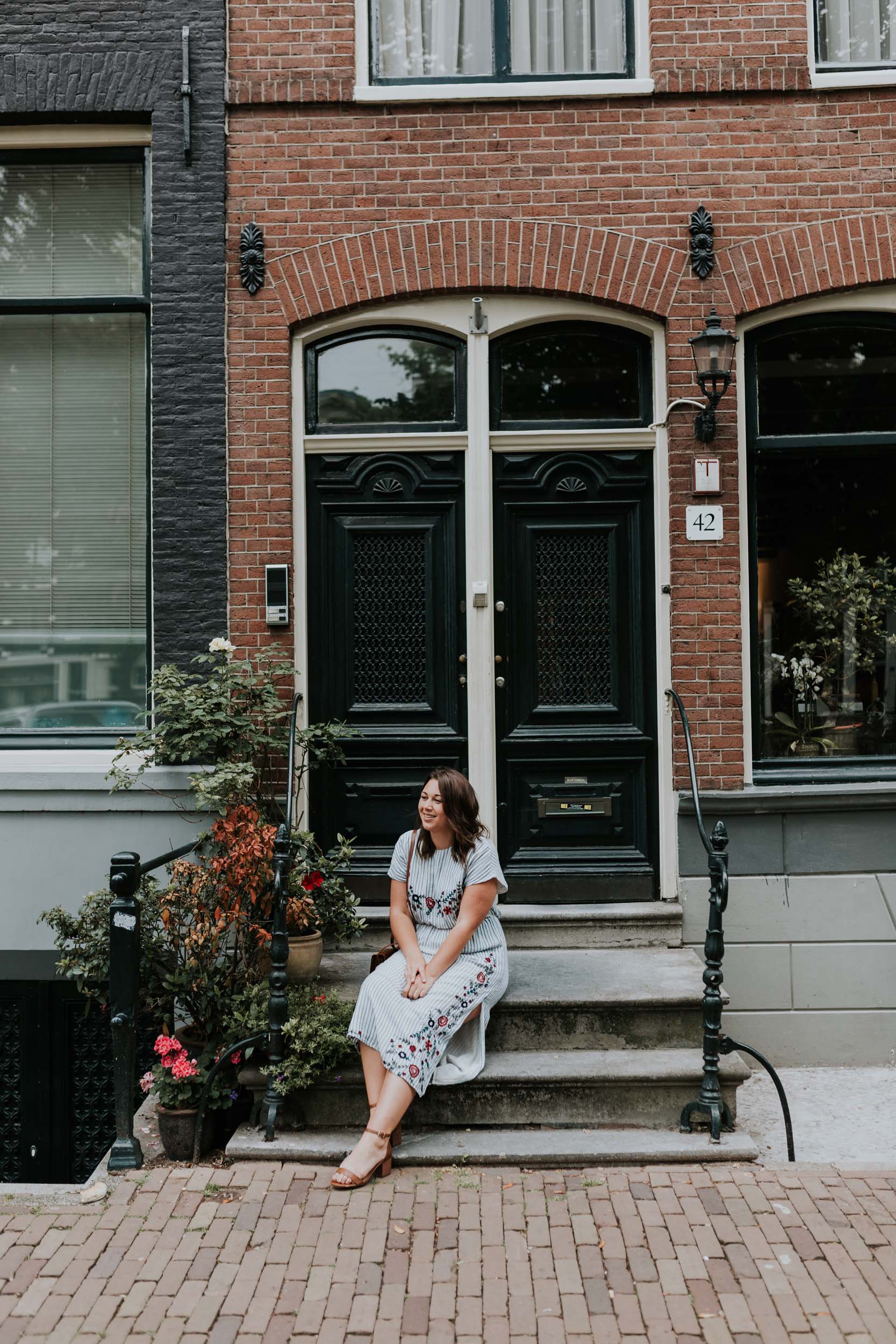 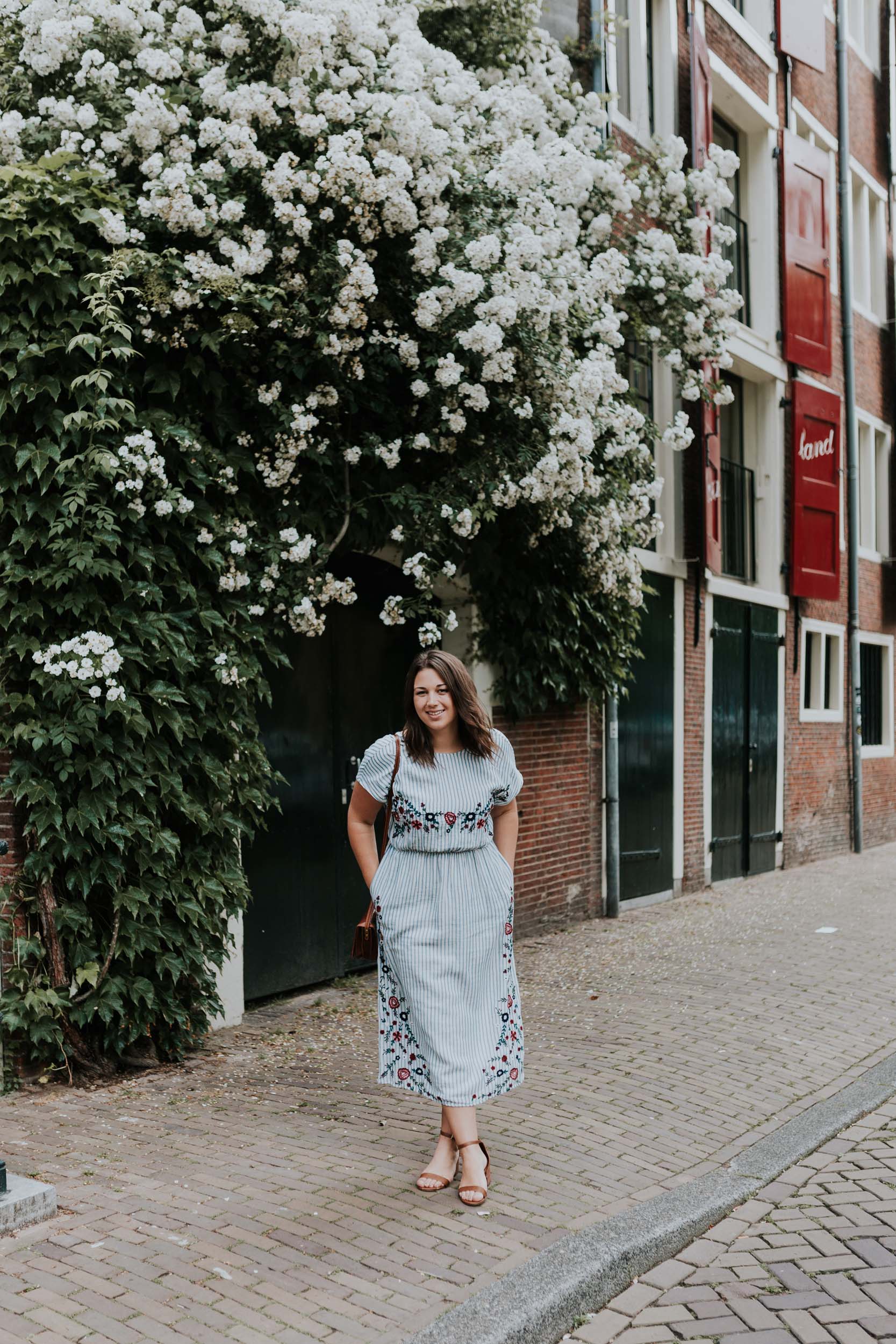 What I didn’t realize was that those 72 hours would not only be some of the best of my life (to date), but that my solo trip would instill in me a new and real sense of confidence and independence that I hadn’t experienced before. I visited the red light district, rode a bike through the crazy streets of Amsterdam, got very lost in the winding canals, took a ferry and visited a beach called “Sexyland” with some new friends, ate lots of pancakes, salsa danced for the first time, and routinely struck up conversation with people at my hostel (who are now my friends!) — all with a new sense of confidence gained by my solo travel. 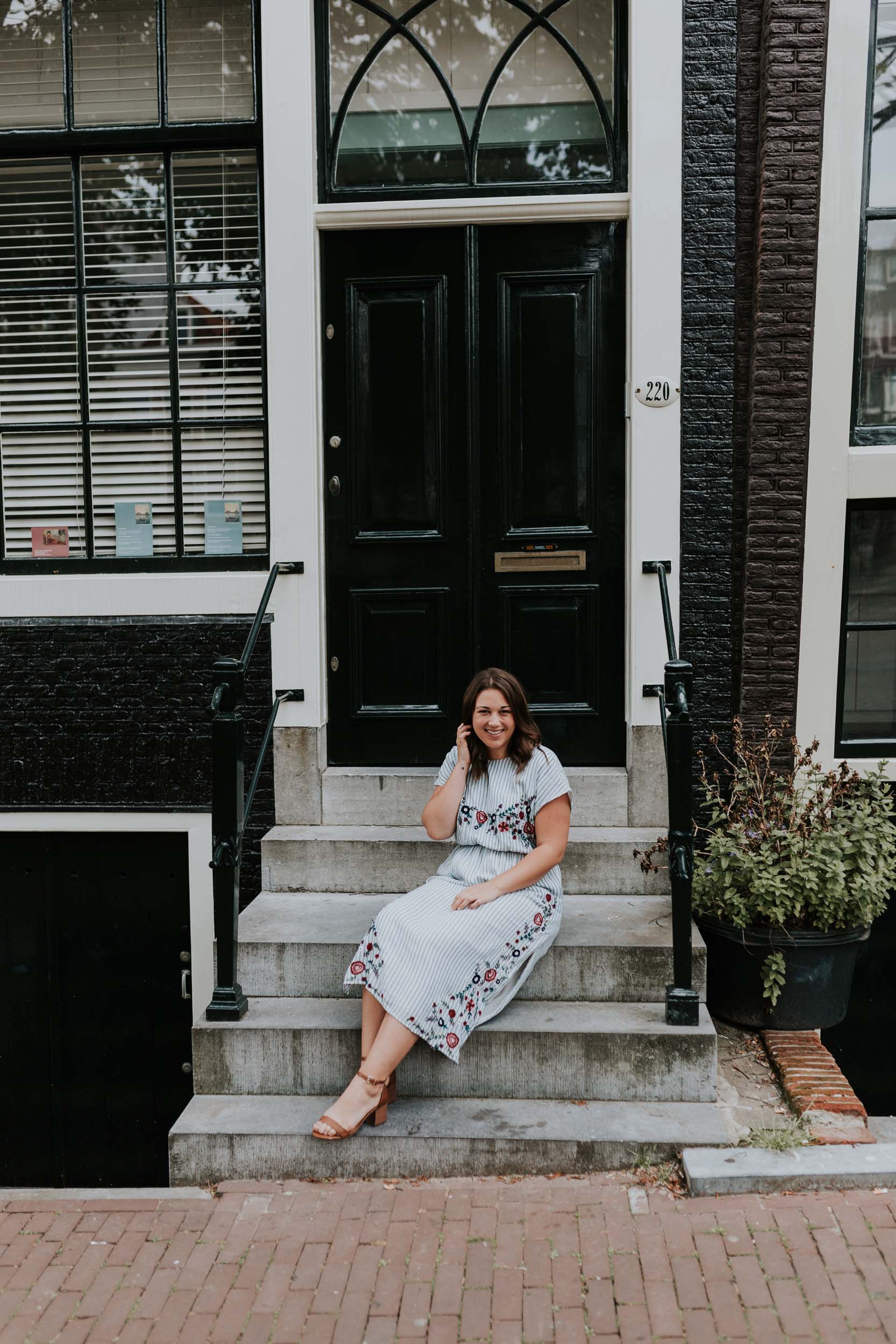 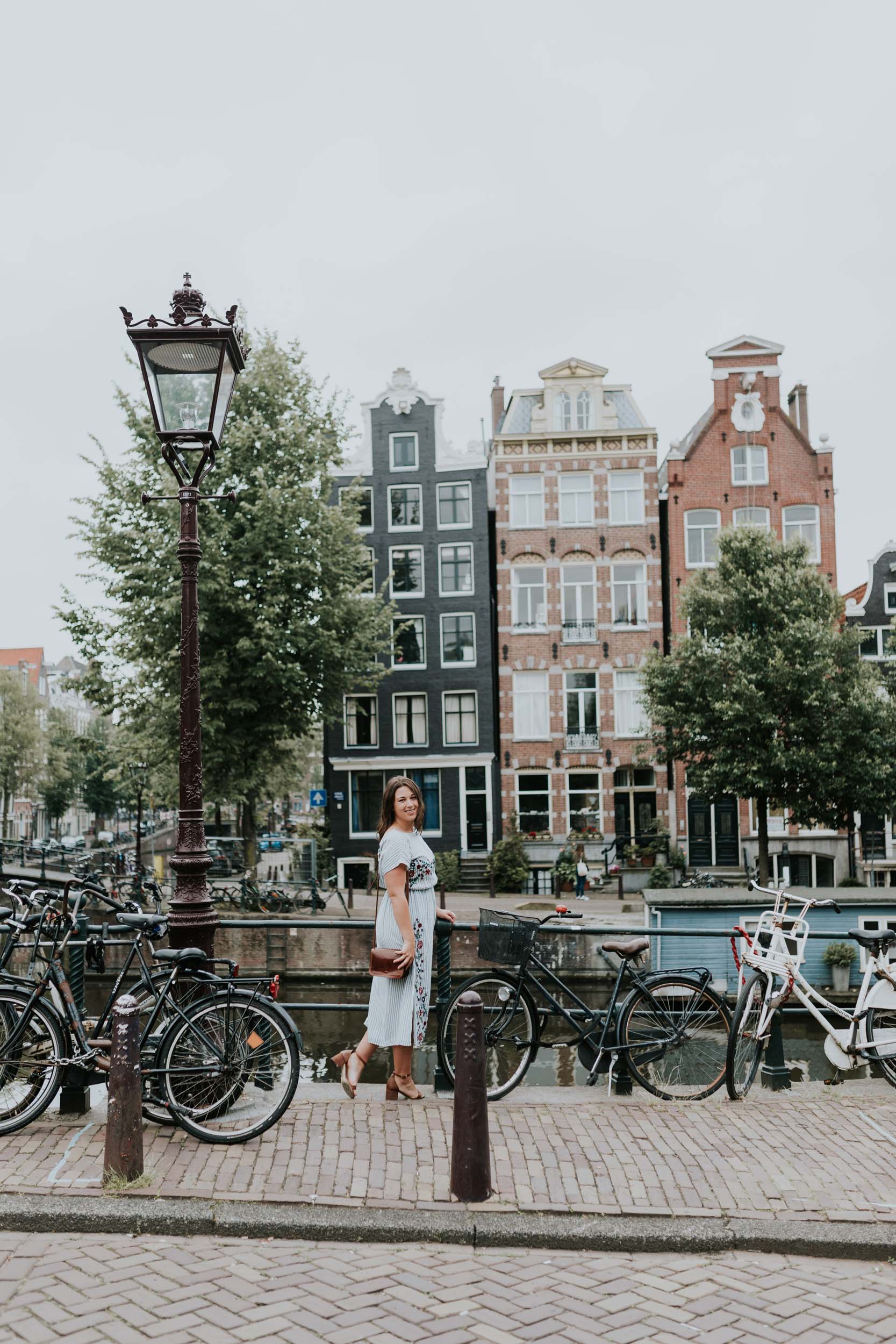 To top it all off, I had a solo vacation photo shoot with the wonderful Silvia. I knew that my selfies with the canals just weren’t going to cut it. Even so, I was nervous. What was I going to do with my hands? What if it was awkward? I’m not a model, so why am I having a photo shoot? Even after planning thousands of shoots for our clients all around the world and being so inspired by our incredible solo travellers, I still felt a sense of self-doubt and fear. Luckily, and somehow not surprisingly, all these feelings melted away once I stepped out of my Uber and saw Silvia’s smiling face waiting to greet me at the most picturesque canal in Amsterdam (ok, they are all really nice, but this one felt extra magical). My time with Silvia felt like I was walking the streets with an old friend, rather than a woman I’d never met before. For the first time in my life, her lens staring me in the face wasn’t scary and daunting, but fun and exciting. 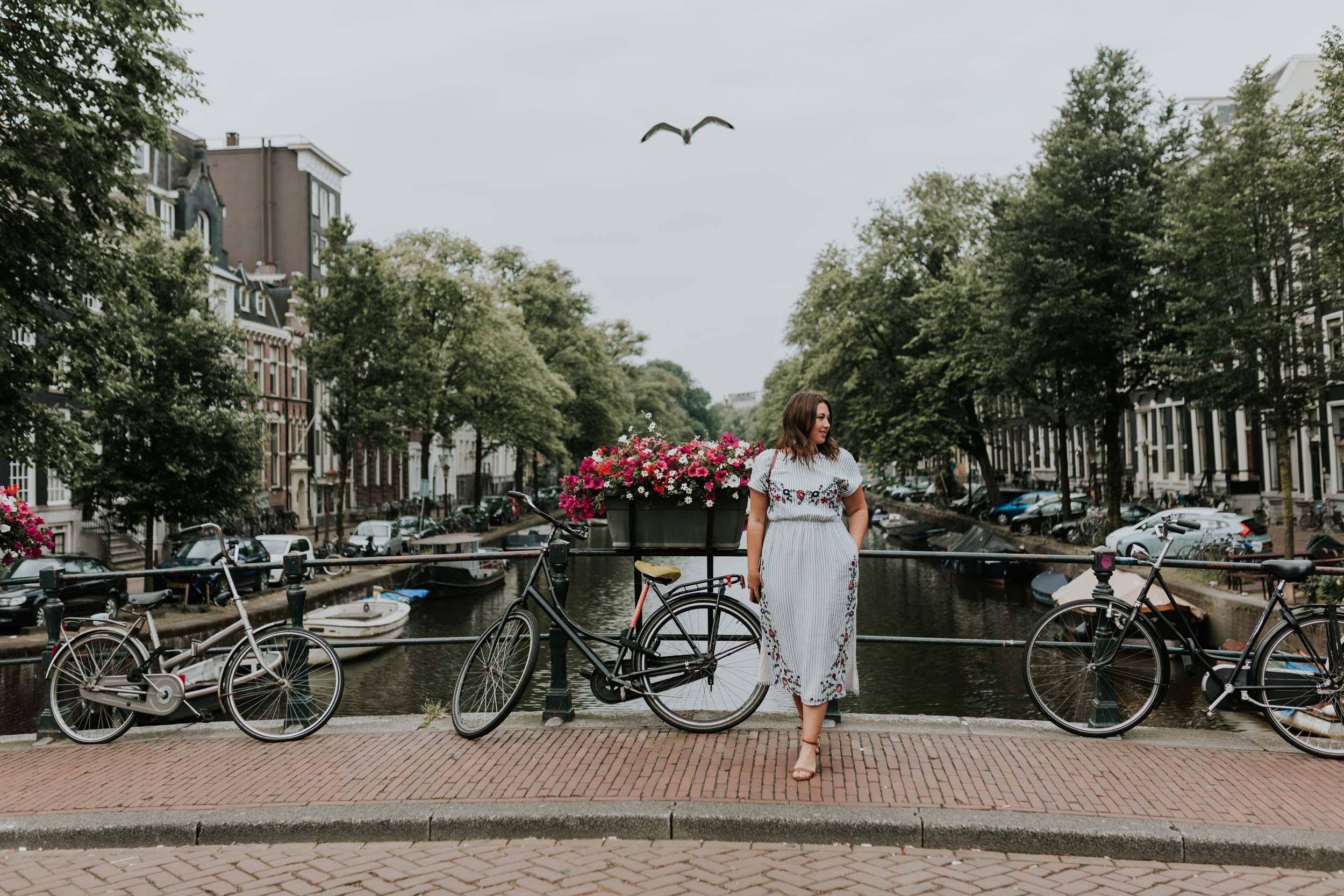 Fast forward a couple days and I receive my photos. I was so giddy I was showing my gallery to people I’d just met. They show me as I really am, and the pure happiness that I felt exploring a new and beautiful city. They made me feel self-love, which doesn’t usually happen when you see a photo of yourself. The reason for this is because the photos captured my true self in a way that a selfie never could. As I’ve mentioned, I’m no model, but somehow, Silvia made me feel like one in my photos. Sorry Instagram, you’re about to be spammed with photos.

Turns out that the quote “happiness is only real when shared” is true. I shared my happiness with the strangers I’d just met, friends I made, the people I interacted with for just a moment — and most importantly, with myself.

Discover Your Next Solo Destination

Vacation mode Whether you are an avid world traveller, adventurous summit-seeker, wanderer at heart, or magical memory-maker, we have...

Where is the best place to travel solo? No travel buddy, no problem. Back in the day, solo travel...

Adventure, party of one? Your trip is ready! These adventurous souls didn’t let a lack of travel companion stop...