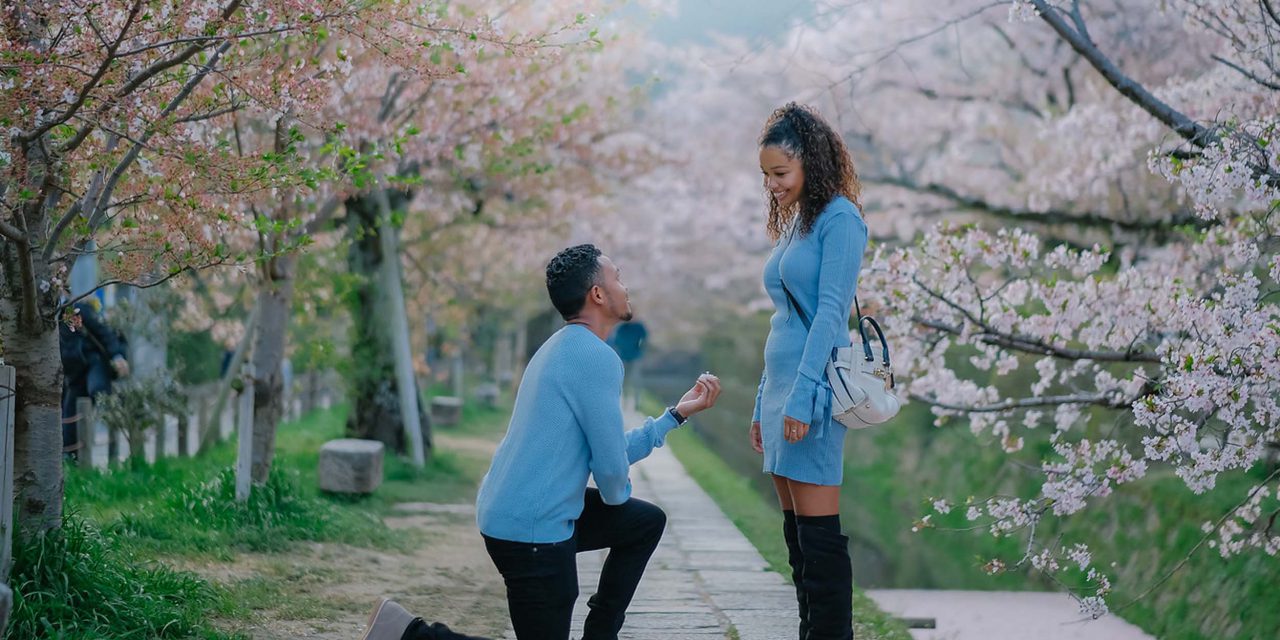 Most people look to dating apps to find love, but Samuel and Jazelle were brought together through a more unconventional platform. An Instagram community for Blasians (Black Asians), which was created by Samuel, connected him and his now-fiancée Jazelle. Read on for their proposal story.

Jazelle and I met on Instagram. I created a “blasian” Instagram account to connect all blasians around the world. I would follow blasians and shout them out on that page for people to follow them. Jazelle is also blasian and found my personal page through the blasian Instagram page. She ended up commenting on one of my photos and the rest is history. 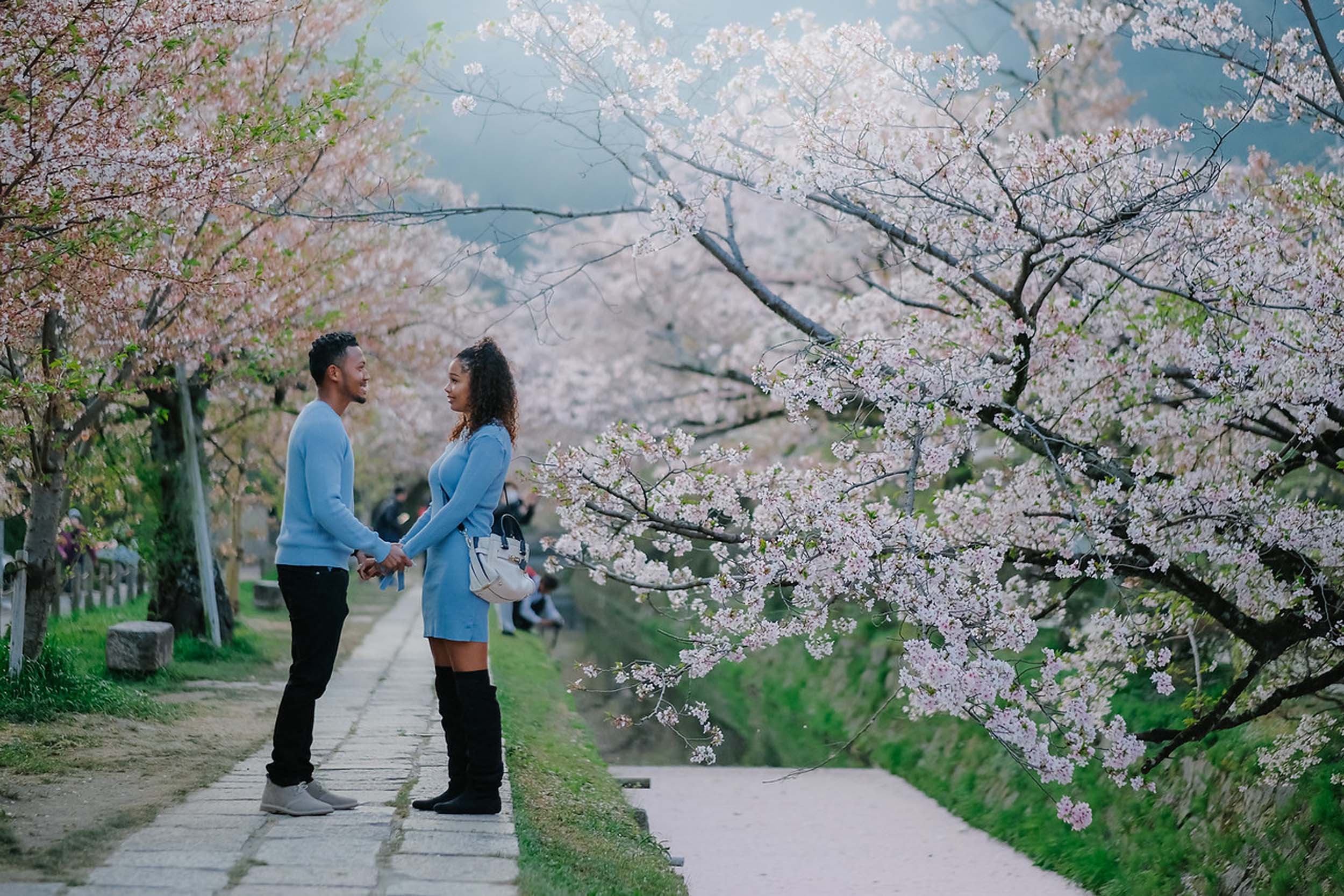 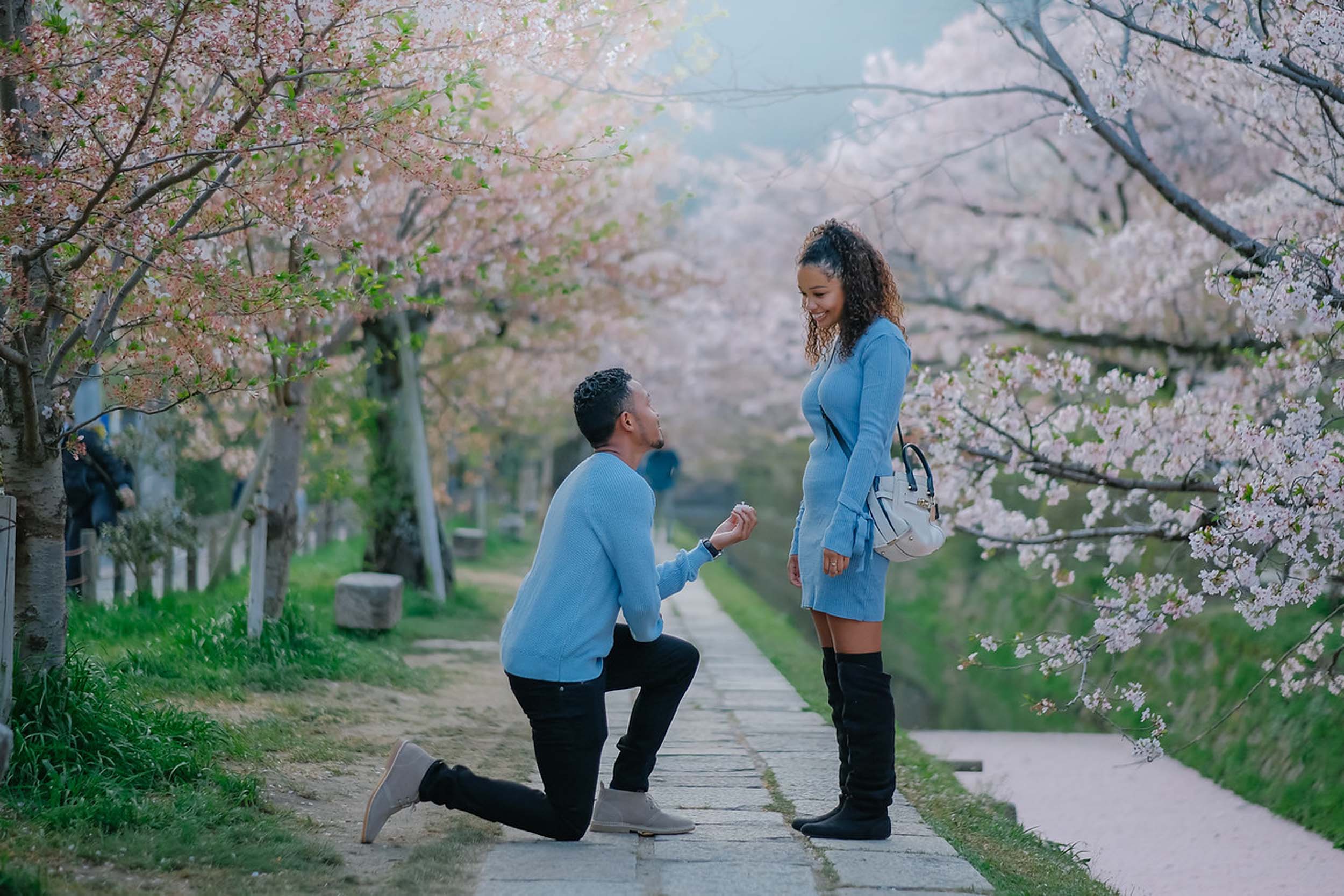 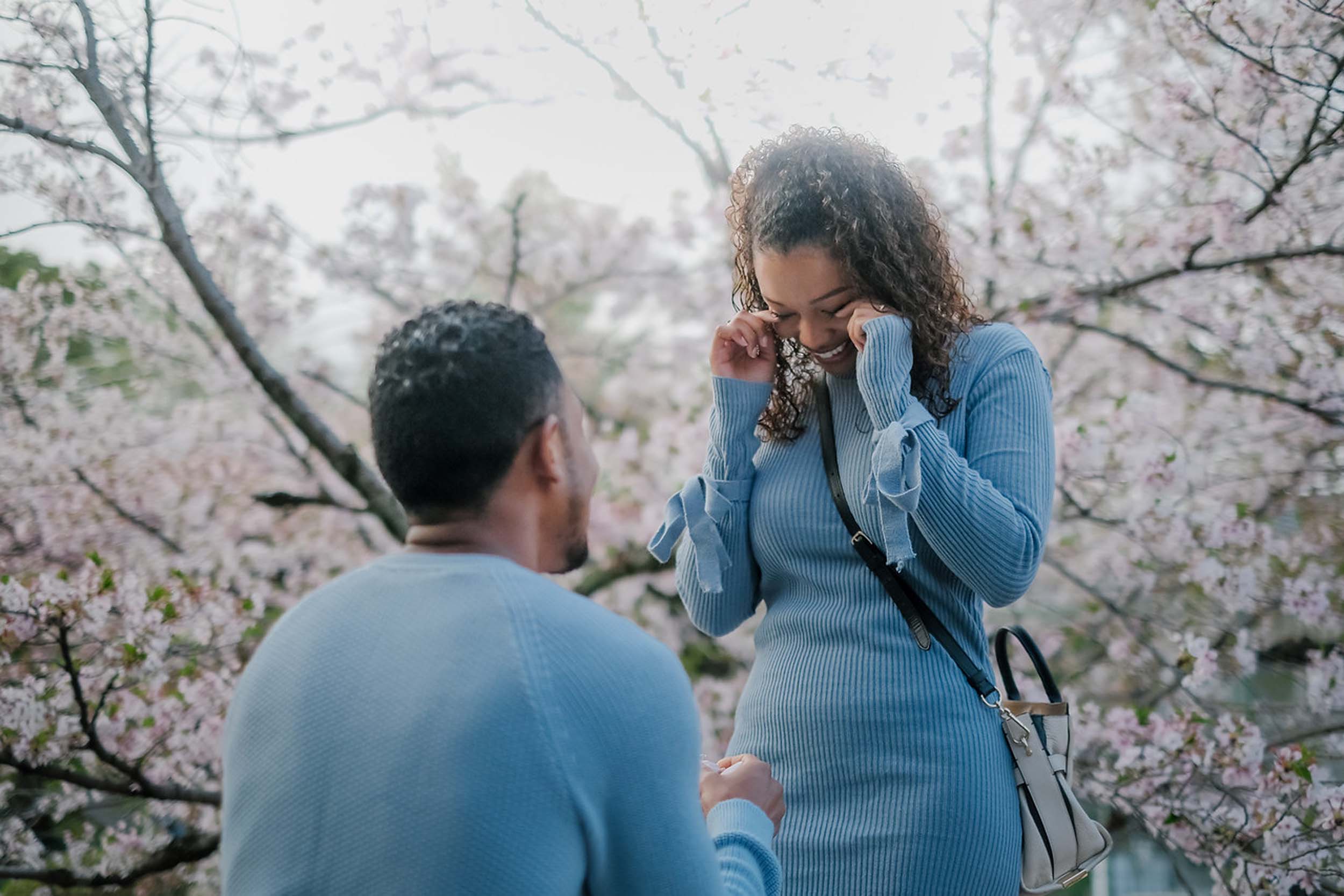 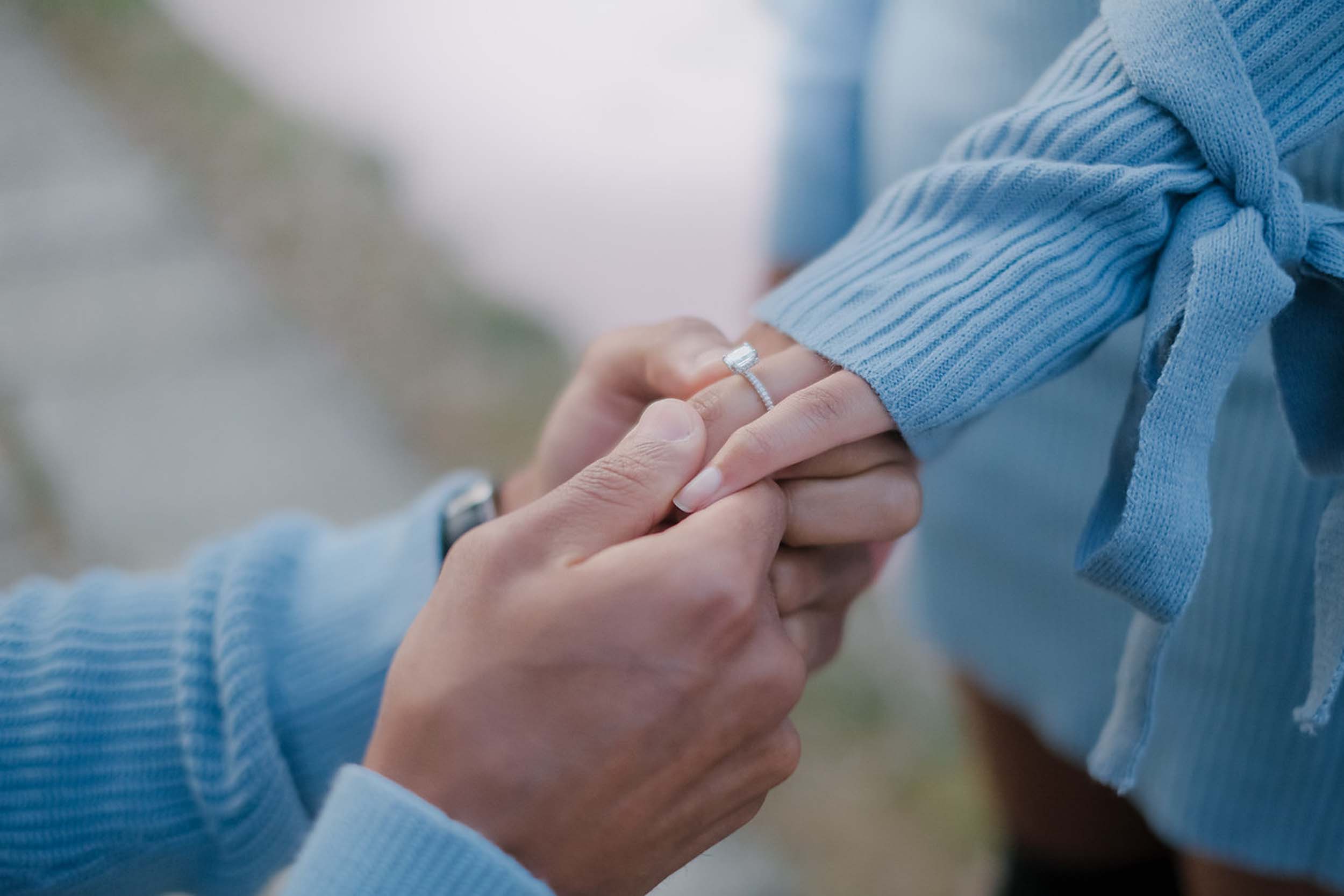 The proposal was excellent. I expected it to go very well and it did better than that. I had a plan to take a taxi to the proposal location, but I couldn’t find one at first and I started to panic a bit. When I did finally find a taxi, we ended up getting to the proposal spot a little too early. I took my time walking around the river area where Coo was going to be until I found him. Thanks to him sneakily taking photos of us from far away, I was able to find him. Once I spotted him, I pointed out the cherry blossom petals in the river near Coo to show Jazelle how awesome they looked. We walked closer until we were close enough for Coo to approach us once we started taking selfies. His approach to us was flawless, no suspicion whatsoever. Jazelle had no idea this was going to be a proposal from the beginning until Coo gave me the cue, “Ok, now give me a romantic one.” She was very surprised when I got down on one knee. She even cried! We then took more engagement photos along Philospher’s Path and Honen-In Temple. The entire session was beautifully done, well executed and we had blast. We can’t thank Coo enough. – Samuel 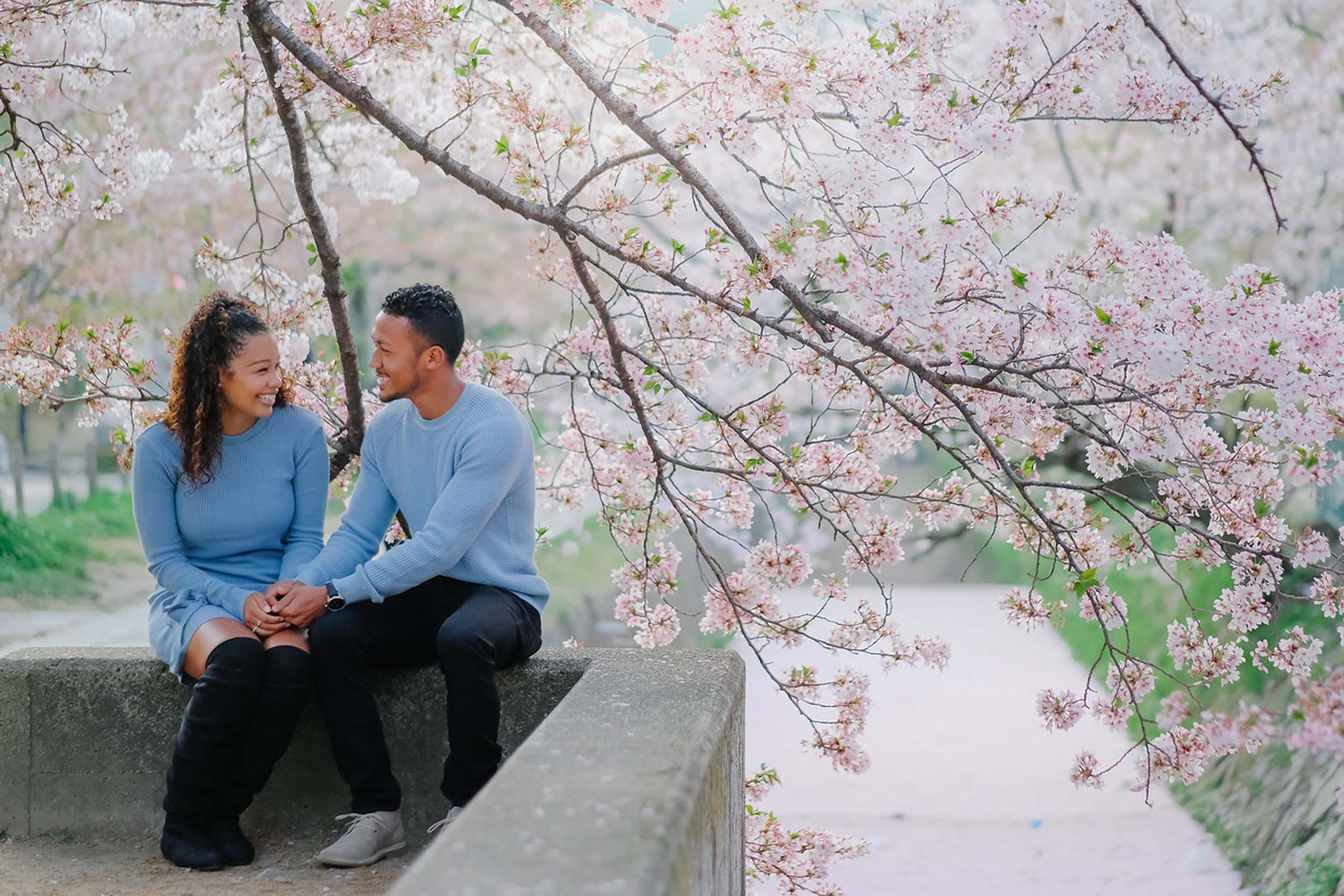 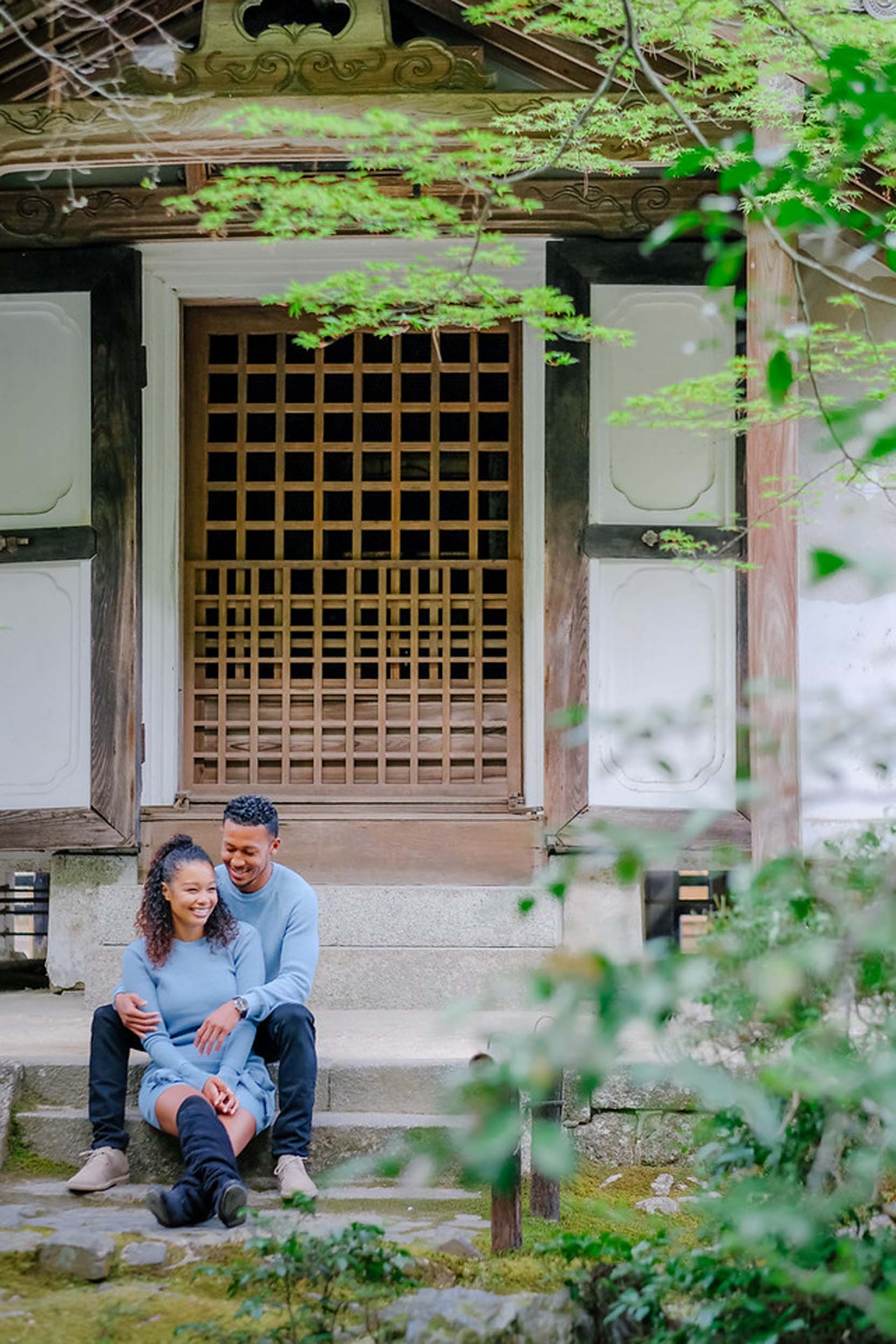 50 Photos of Japan to Inspire Your Next Escape