Get Your Pride On! A Guide to Pride Month Around the World 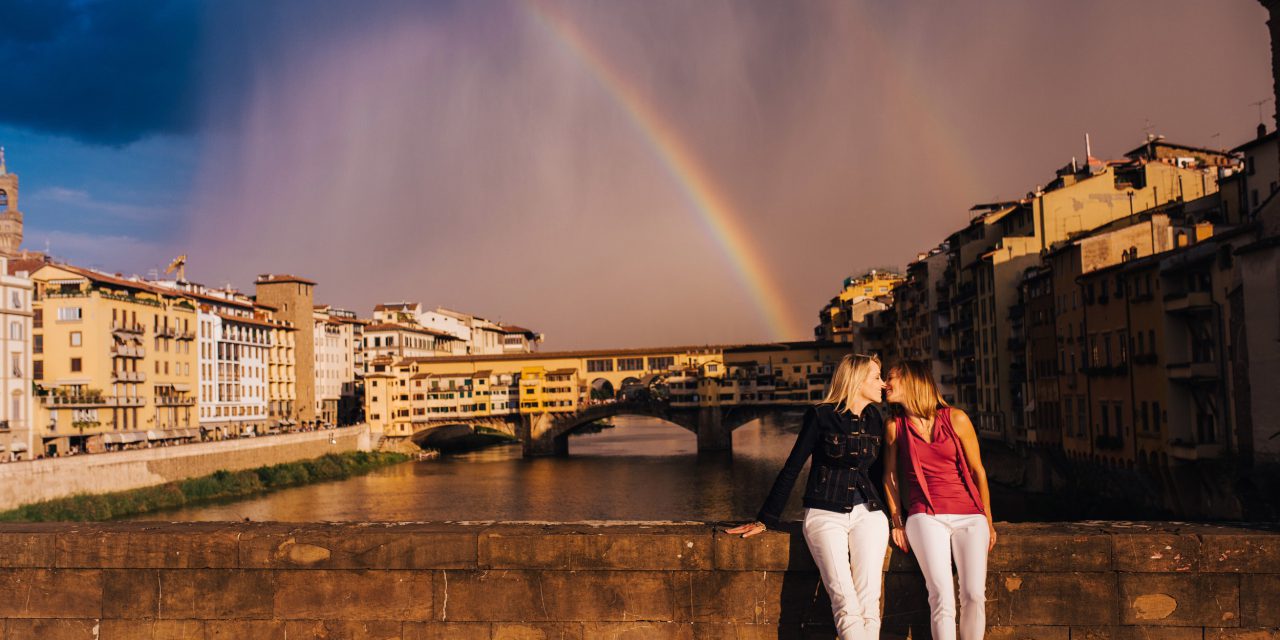 The start of the summer season means three things.

And what better time to travel the globe than as it celebrates diversity, inclusivity, and unity during the proudest month of the year?

So grab your partners, fly your flags, and don your colors for the world to see. It’s Pride Month, baby!

And speaking of beautiful memories with beautiful people, take a look at some of Flytographer’s favorite LGBTQ moments, as we bring you around the world to highlight some of the biggest pride events yet to come, in some of the fiercest cities on the planet. Go pink or go home at the ShanghaiPRIDE Pink Party

Step aside, White Party — it’s time to give someone else the spotlight.

Throw on your finest pink attire and join Shanghai’s Pride9 at their first ever Pink Party for a night of dancing, raffles, and jaw-dropping performances for one of the biggest and brightest events this Pride season.

Who to bring: Your best friend

Bring the entire family in on the fun.

With a special focus on educating and entertaining the tiniest tots to age 12, Toronto has been hosting Family Pride during their annual Pride Festival for the last 17 years.

Take advantage of this two-day event that hosts face painting, storytime, kid-friendly performances, and of course, plenty of games and activities for the whole family.

Who to bring: Your entire clan Get ready, get set, and get running through London Town to raise awareness for equal rights.

Marathon your way to a better, brighter future in support of diversity, acceptance, and above all, love and equality for everyone, everywhere.

Social change and a cardio workout?

Who to bring: Yourself and a good pair of runners One of the Big Apple’s biggest events of the year that pulls in visitors by the thousands, New York City’s PrideFest is back for its 24th annual LGBTQ street fair.

Snack on delicious New York eats while you chat with community leaders, do good by supporting local vendors and business owners, and load up on Pride swag in preparation for the big parade.

In case that wasn’t enough, how about a headlining performance from Leann Rimes, as she, and other great performers, take the stage to keep that festival vibe going.

Who to bring: Your SO The sights, the sounds, the dancing like you have never seen before — everyone remembers their first Pride.

Whether it was in a small city with three floats, or a huge metropolis with a parade lasting hours on end, it didn’t matter, because you were there with your arms in the air and your rainbow flag waving from side to side, cheering as loud as your lungs could muster.

But WorldPride is an entirely different story.

People and allies of the LGBT community come from every corner of the earth to show the world who they are and what they stand for, at a parade that gives the Macy’s Thanksgiving Day Parade a run for its money.

Unanimously voted the best choice to hold the fifth ever international event, Madrid will play host to hundreds of thousands of visitors (and locals) as they fill the streets for WorldPride 2017.

Come get your pride on.

Who to bring: Everyone you know

Want to celebrate Pride, but don’t have any travel plans booked in the next couple of months?

Check your city’s calendar! There are plenty of ways to get in the spirit and spread the love with tons of events taking place worldwide, all summer long.

As we celebrate the LGBTQ+ community, we also remember the history of Pride Month and commemorate the queer people of...

As it turns out, the once-in-a-lifetime “YES!” moment can happen twice! This romantic double proposal starts in magical...