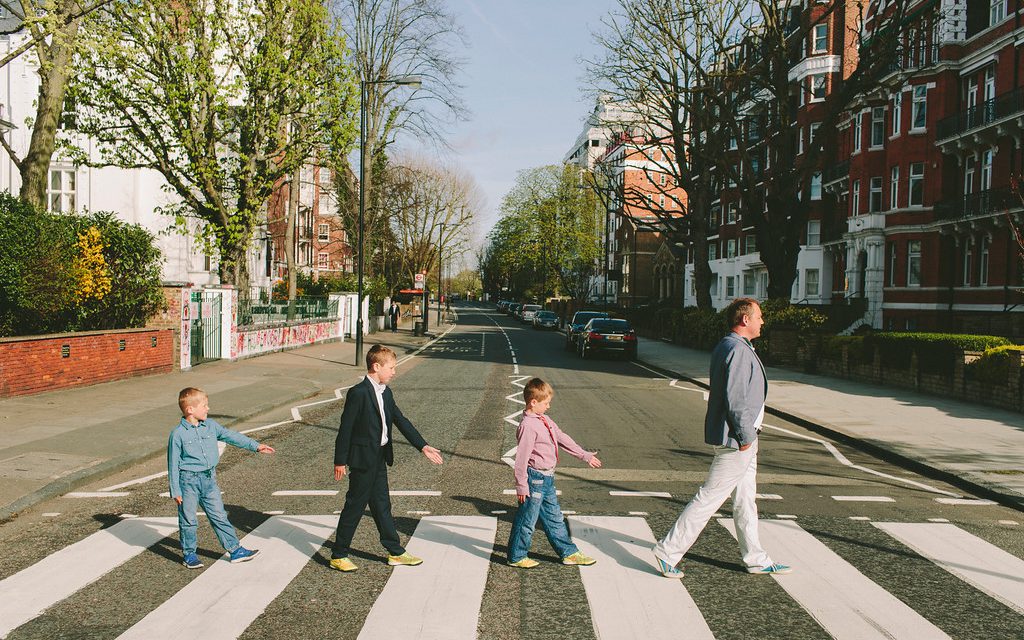 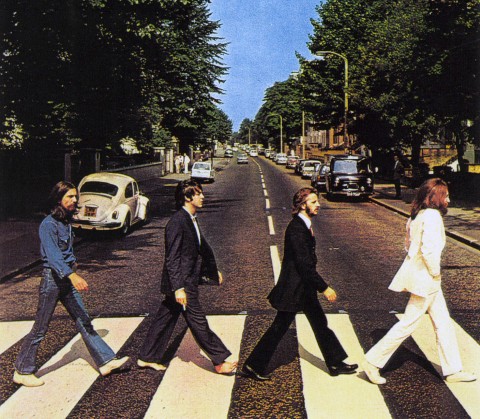 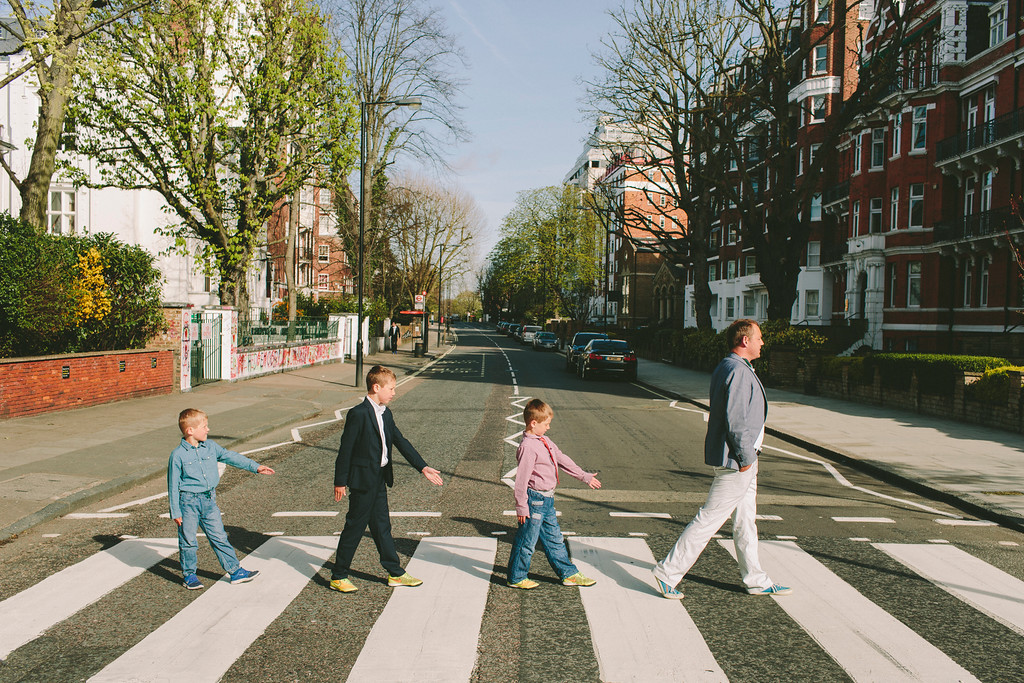 “I go to London about once a month for business.  I love the buzz of the place, and I wanted to take my kids there to give them that feeling and to stay in the nice posh hotel I use when going for work.  My kids love nice hotels (don’t we all)!  I also had an invitation to go to see Tottenham Hotspur on the Saturday with the kids, so I immediately seized on the opportunity to tie it in with a photo shoot that had been in my head for over a year. 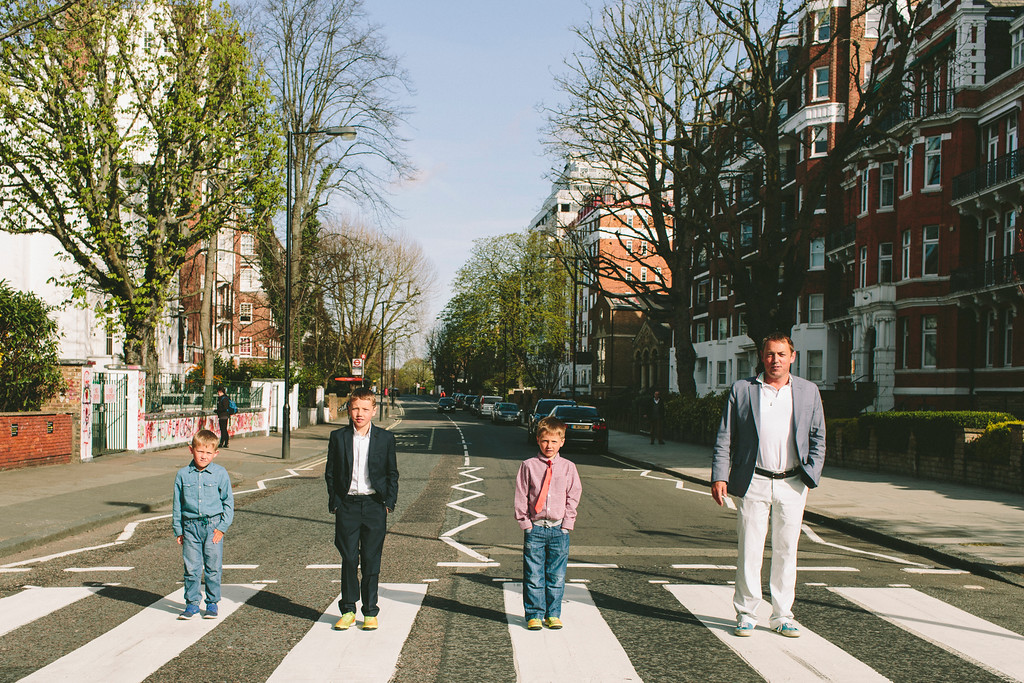 “I’ve always loved the Beatles. My Dad was a big music fan and my strongest memories as a kid are being at home watching him put on record after record of great bands and hearing the music.  I think music and photographs evoke nostalgic memories of place and time better than anything else. Together it’s a powerful combination.

I had downloaded songs from the Beatles albums about a year ago, and it caused me to look at the album covers as I listened to the tracks.  The minute I saw the Abbey Road cover again, for some reason I imagined myself and my three boys in the place of Lennon et all walking across the road. That’s when I vowed to actually make the picture happen.  So the invitation to the football at Tottenham Hotspur gave me the perfect excuse to do it. 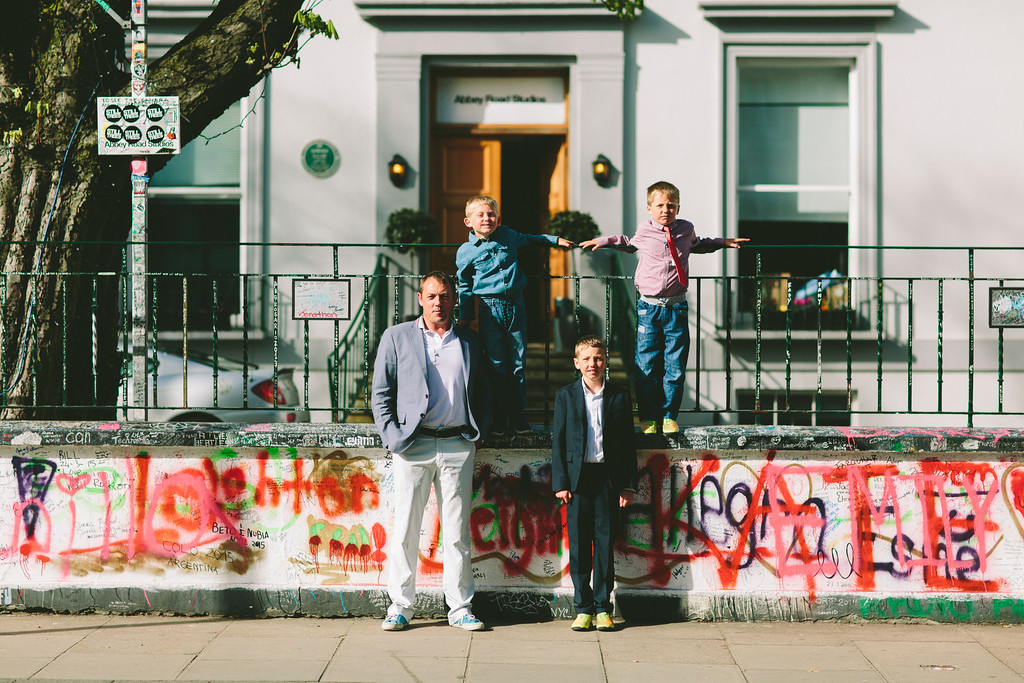 As for deciding who ‘played’ which Beatle: “Dylan, who is 9 years old, made his communion last year and had a lovely suit which I thought was quite similar to Paul McCartney’s, so that decided his place in the picture first.  Jamie, the youngest at 5 years old, is the cheekiest chap and I just knew he would be perfect in the denims at the rear.  That left Max, who is 7 years old and I decided to put him in George’s position with a nice check shirt.  I was in the default position – although probably suitably as Lennon!

I did a little preparation.  I gave my wife a shopping list for the denims and check shirt.  I researched the original picture on the web and did mean to get Dylan to take his shoes off for the photoshoot but simply forgot!  I decided not to try to replicate the picture exactly anyway, as I wanted it to be of us, not of the Beatles. I therefore wore clothes that were suitable without trying to be Lennon – anyhow I don’t have the hair anymore! 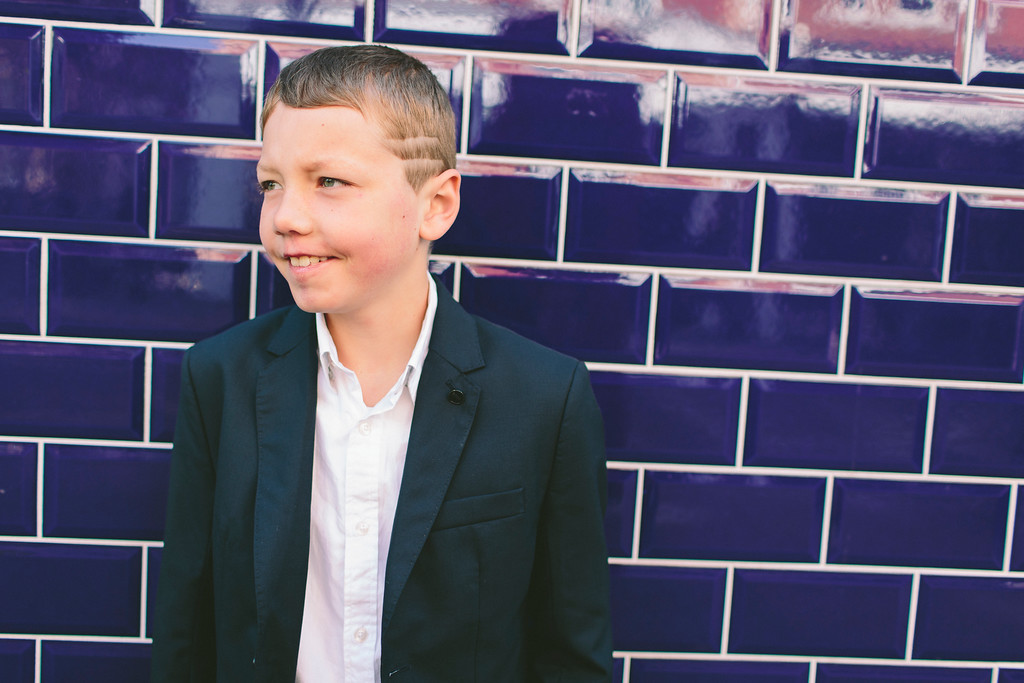 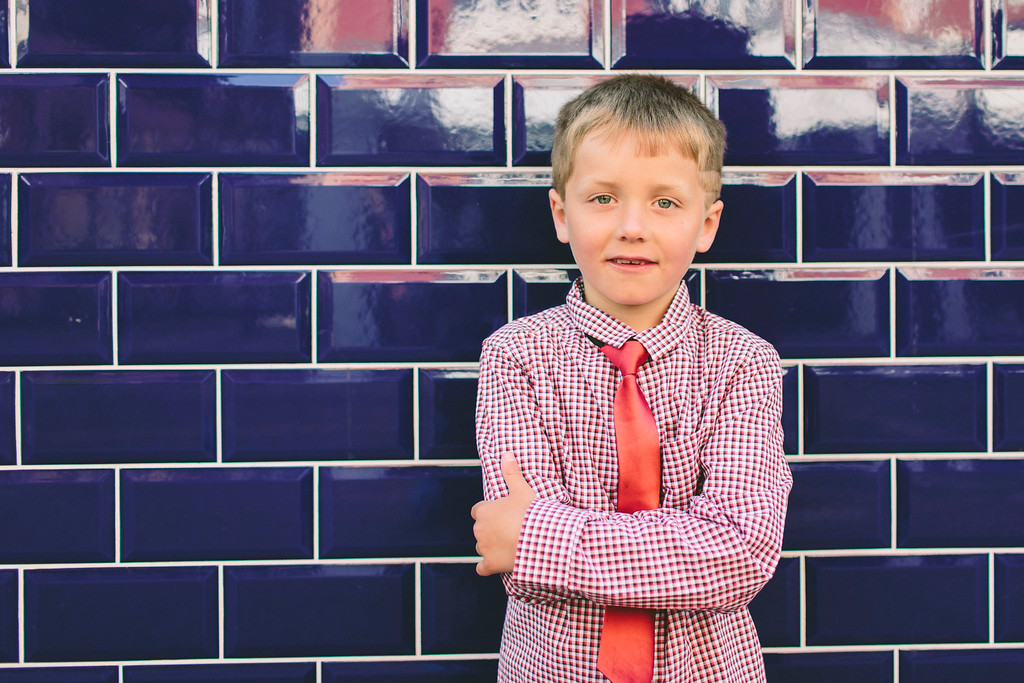 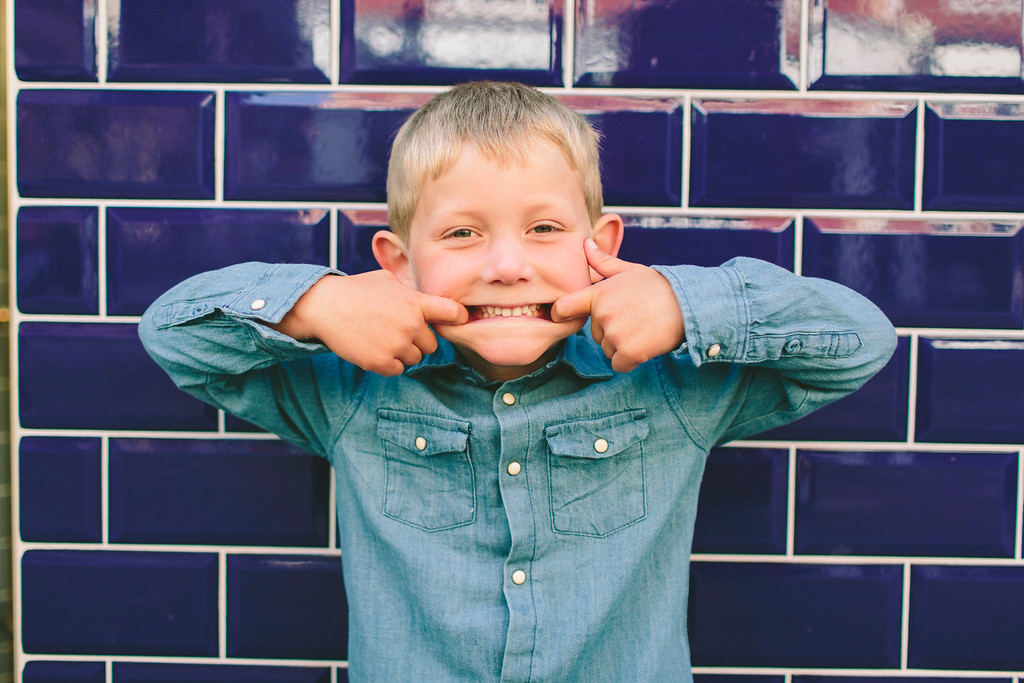 “It was so great to find Flytographer and Hector. I loved wandering around London in early morning sunshine on a Sunday with a photographer as guide.  Every city should be explored early on a Sunday! My kids loved the attention, and the pictures are irreplaceable and unique.  What a great way to invest your time and money! I’ll be booking at regular intervals to capture my kids growing up.“ – Brian 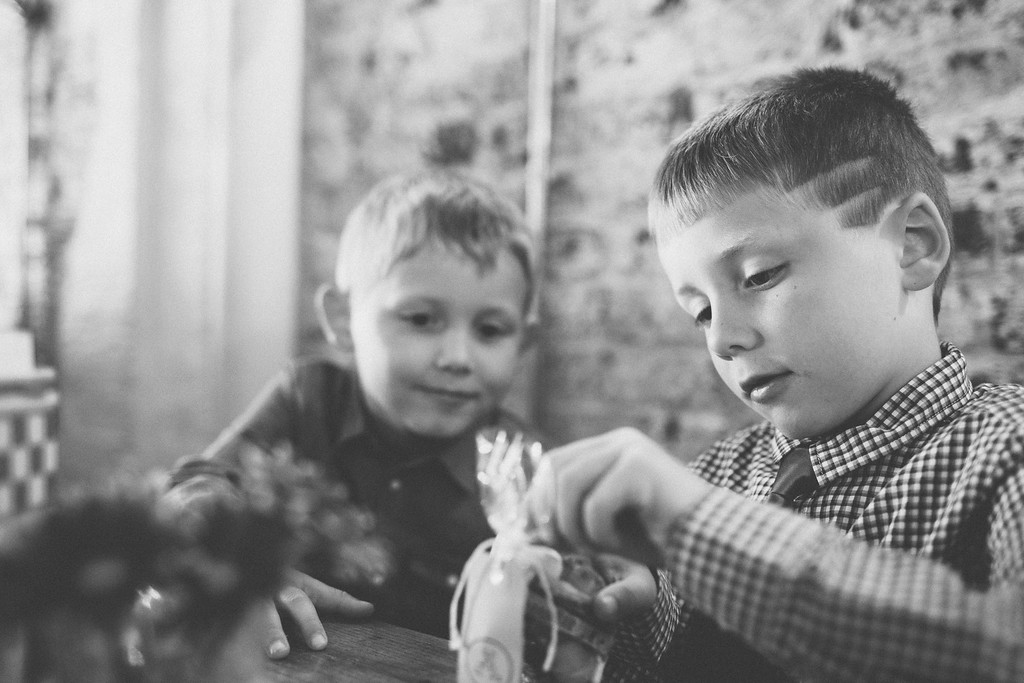 Flytographer Hector: “This was fun! I’m super happy how our plans worked.
I knew it had to be shot early in the day, due to the amount of tourists that gather in this spot. So early on Sunday was the best time to start. Luckily we got a sunny day and ’empty’ roads.

I had studied the image before I got there. I found out how they made it and what gear was used. I knew I had to get up high and frame the image with a wide angle lens. With no option of placing a ladder in the middle of the road (as the original picture), I raised my arms as high as I could to get the angle. The fact that the kids are small helped to give the feeling of shooting from above.

It was a really nice shoot and I loved that connection of Dad and his three kids, having a weekend off in London, going to the football and getting great memories photographed. Such cool parenting!” 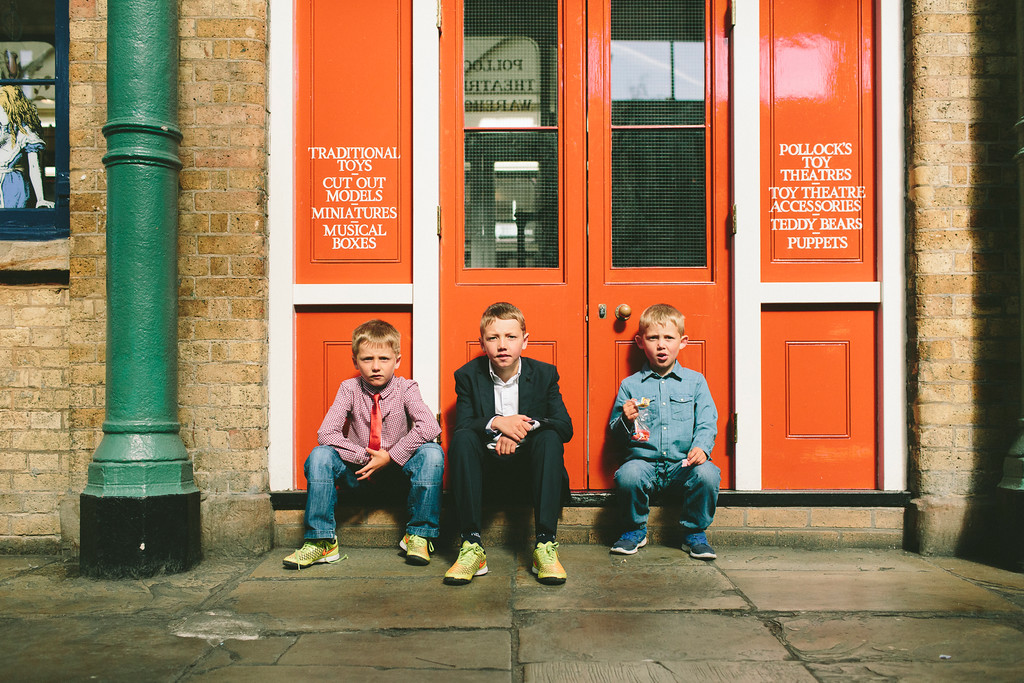 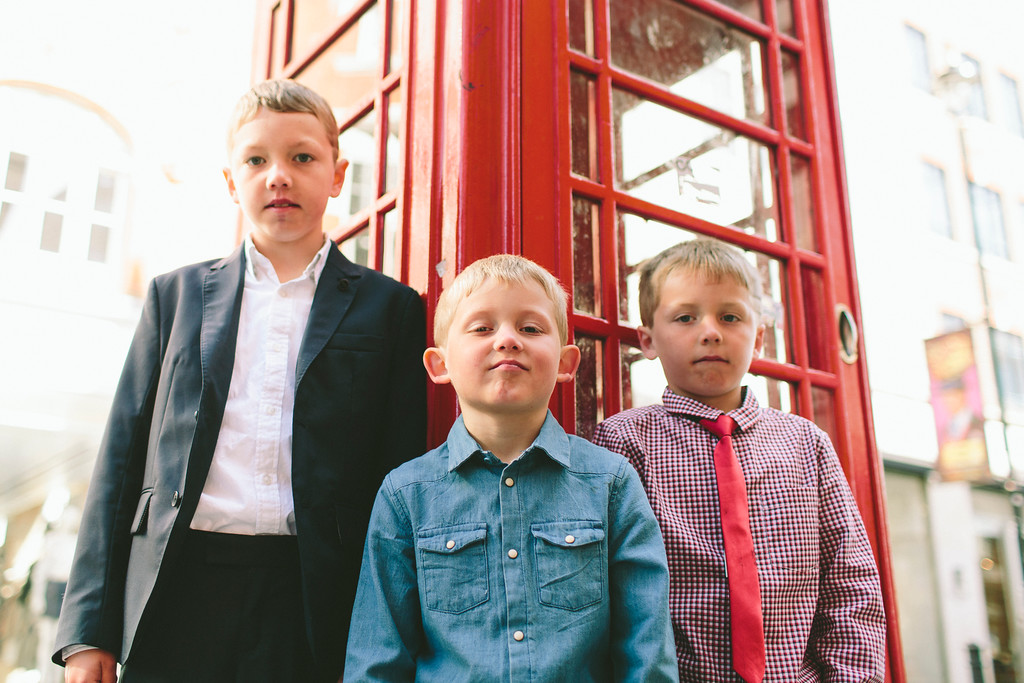 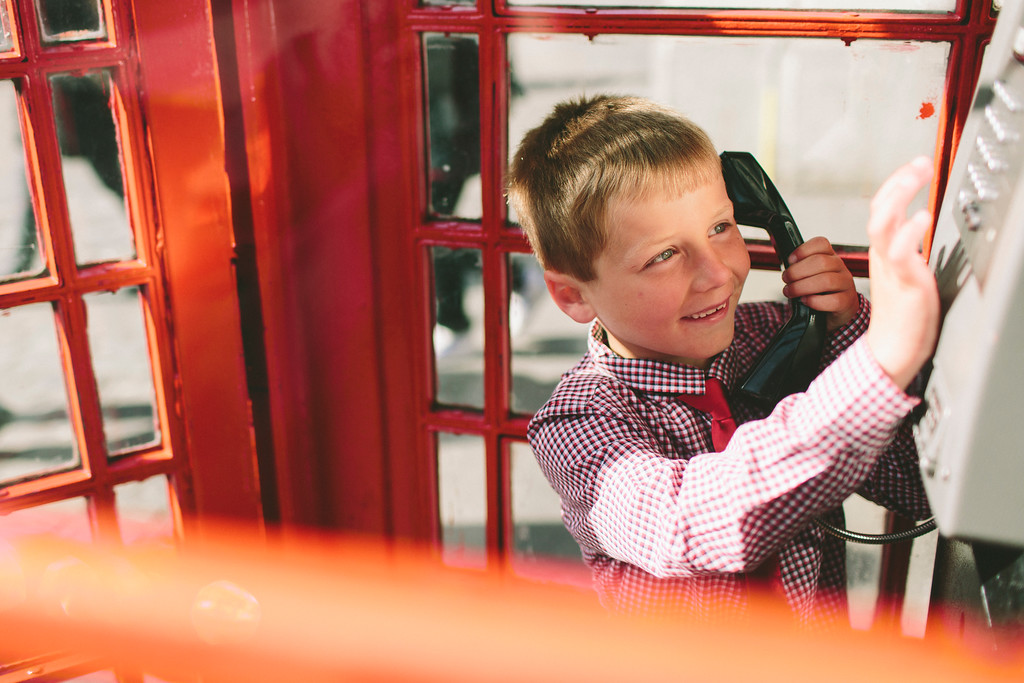 “I thought Hector took some lovely photos after the Abbey Road shot.  Those photos he took for me will be priceless forever.  I also think that in 20 years time, my boys will remember walking through London in the sunshine, early on a quiet Sunday morning with me looking after them. Those memories will be there for them when they look at that photo, hopefully in the same way as I remember listening to the Beatles albums in my Dad’s living room when I was no more than Jamie’s age. 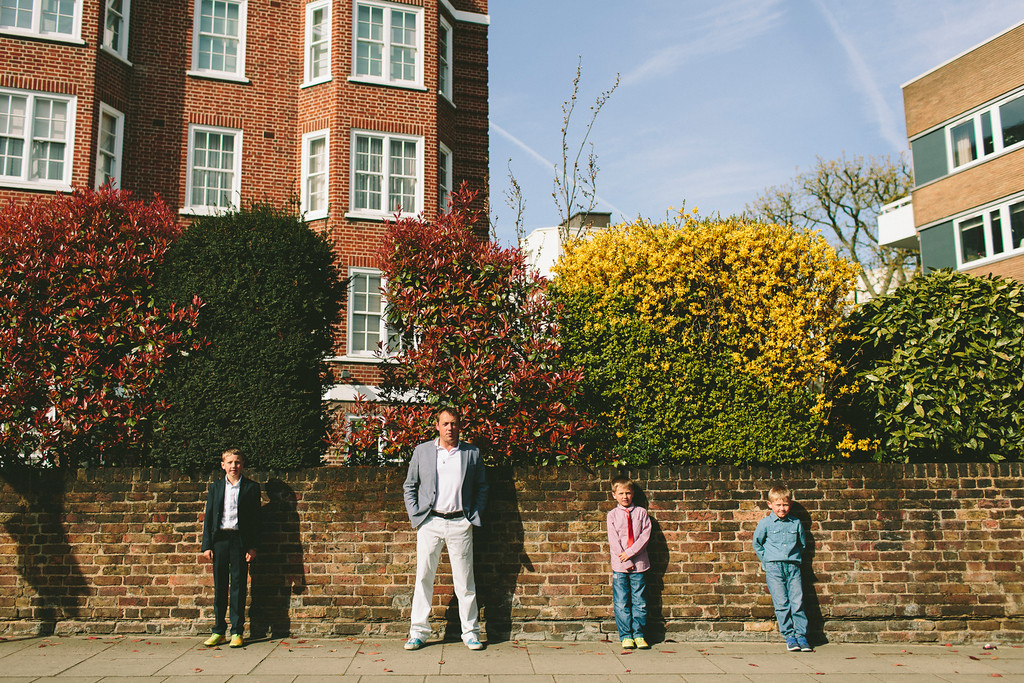 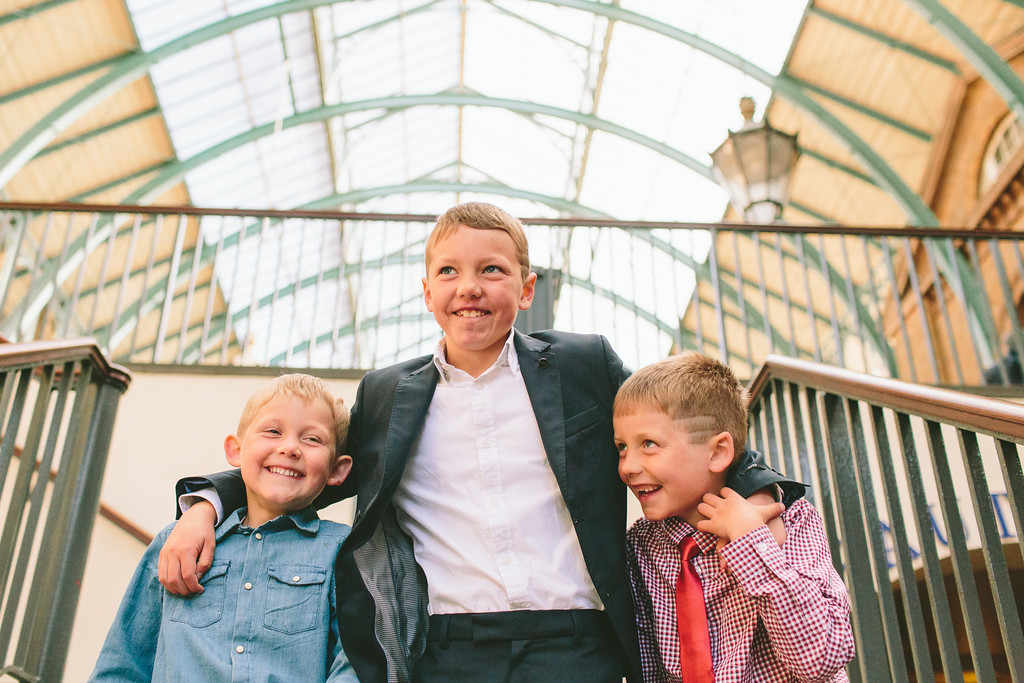 “I asked each of the boys this morning what they thought of the photographs and what was the best part of it for them.  Max probably put it best in the way a 7 year old sees these things with his response: ‘The best thing about the photos was that we got to see Tottenham Hotspur.’ 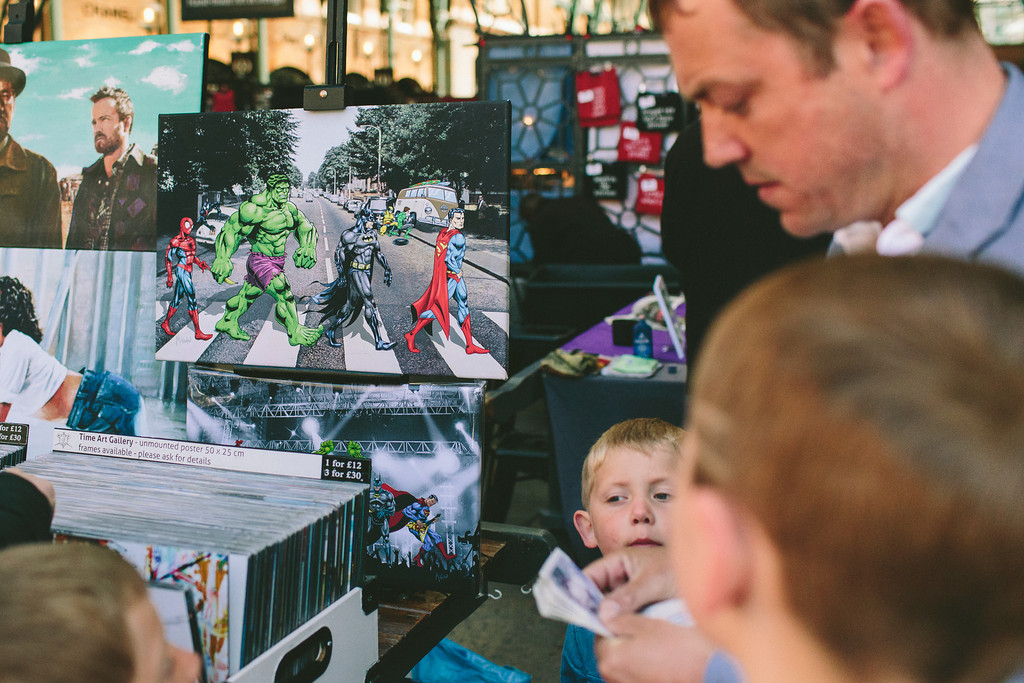 “By pure accident in Covent Garden we walked past a stall with a Superhero parody of the Abbey Road album cover – which I just had to buy on the same day we did it – and photograph the boys holding it. 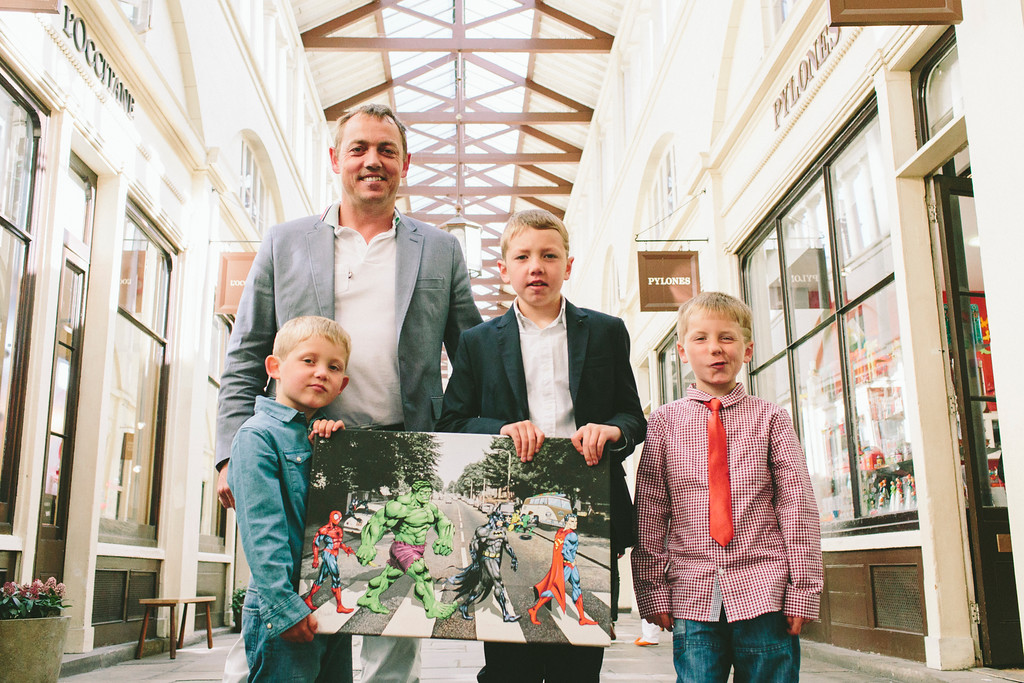 “For me the highlight of the weekend was achieving what I had set out to do and having a great time doing it.  I will be framing myself and the 3 boys in poster style, along with a poster of the original album cover, on a big blank wall space in my house.

So many times we all have great ideas which we don’t act upon, and those ideas turn to dust or time passes and makes it impossible. My wife probably thinks it’s my mid-life crisis, but I strongly hold the view that now is the time to live – so act out your best ideas, and preserve them in photographs.  Time waits for no man.” – Brian

Craving more Abbey Road? Here’s a great 5 minute video on the crosswalk and another with outtakes from the original shoot.

Have you got an album cover or other classic image you’d love to recreate? Book us to get those memories captured!

Book a Shoot
Give the Gift of Memories