An Adventurous Couple and Their Chiang Mai Proposal 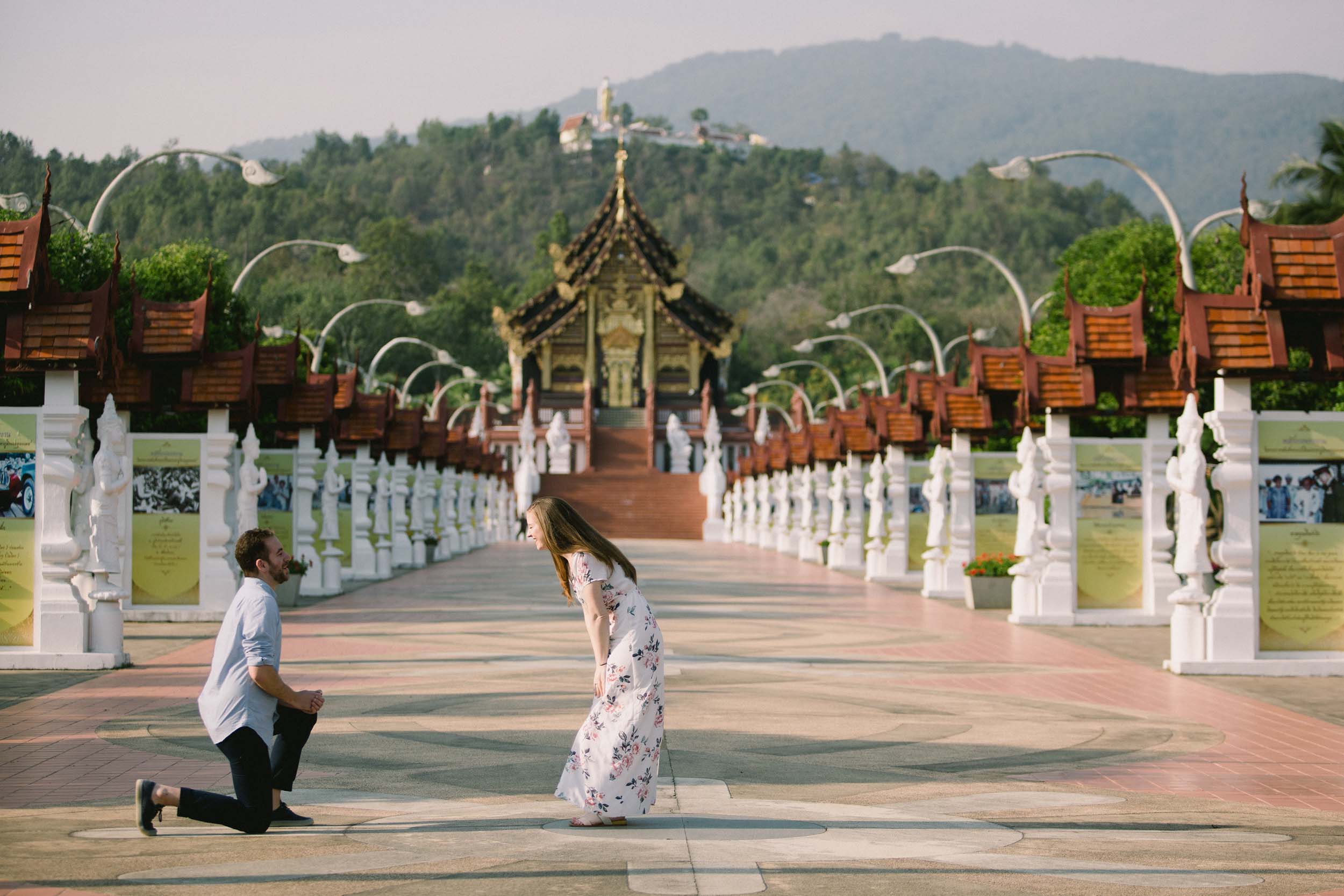 Their shared love of travel and sense of adventure brought them to Thailand, the perfect place to pop the question.

Mitchell and Tara bonded over their love of travel when they first met, so their big proposal moment would have to be somewhere where passports were required. When they settled on Chiang Mai as their next vacation destination, Mitchell hired a proposal photographer to capture the exciting moment. Read on for all the details. 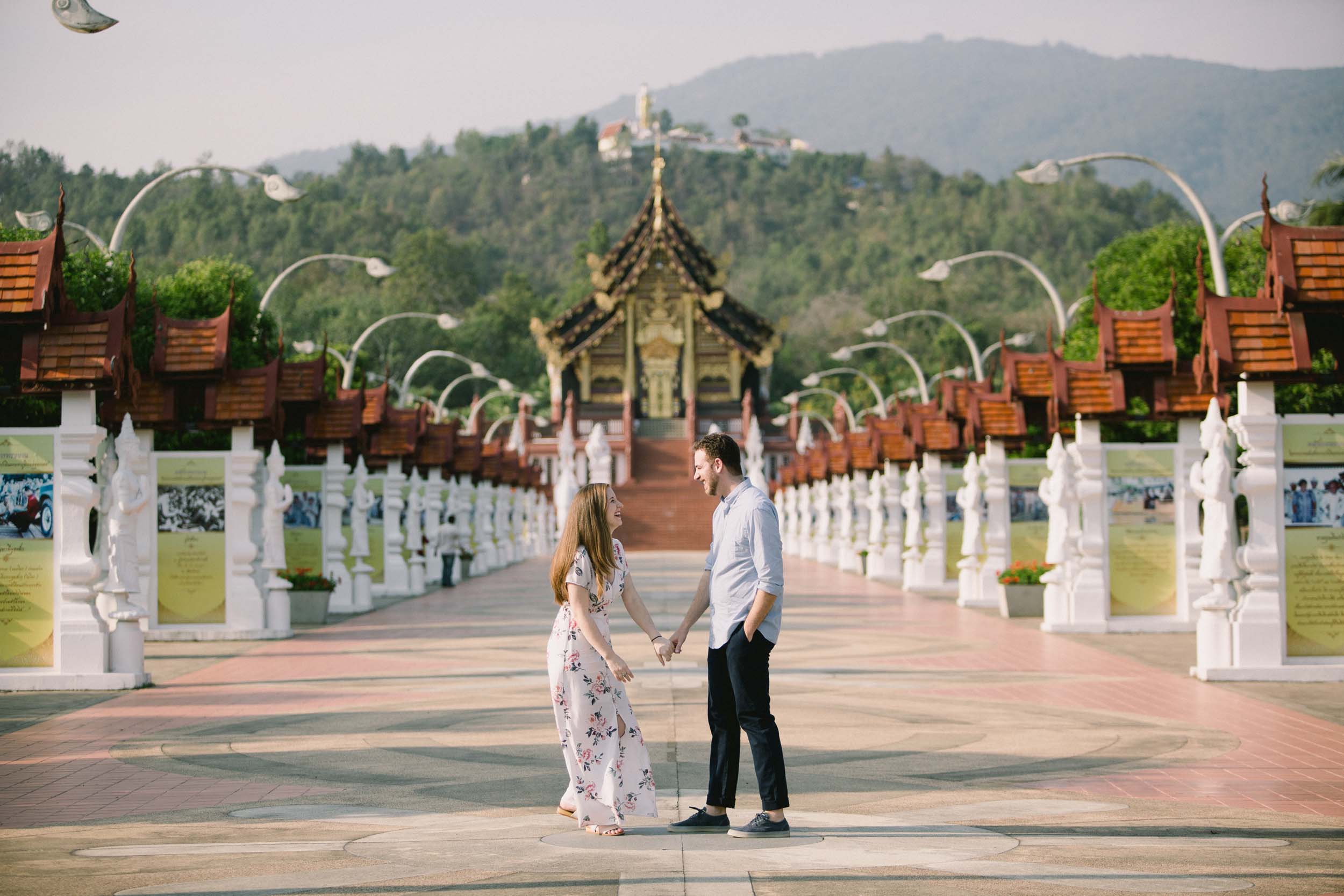 “Like most millennial couples, we met on a dating app and from the moment we met, we bonded over our love of travelling. We both studied abroad and spent our entire first date swapping travel stories.”

“Neither one of us had been to Asia before and we decided it was time for a bit of a more challenging travel experience. We had always been interested in Thailand and after a few weeks of research decided that that was going to be our next trip. The minute we booked the trip was the minute I knew I was going to propose in Chiang Mai. Thailand is such a beautiful country with incredibly nice people. This was the perfect chance to propose in a unique setting that captured our adventurous side.” 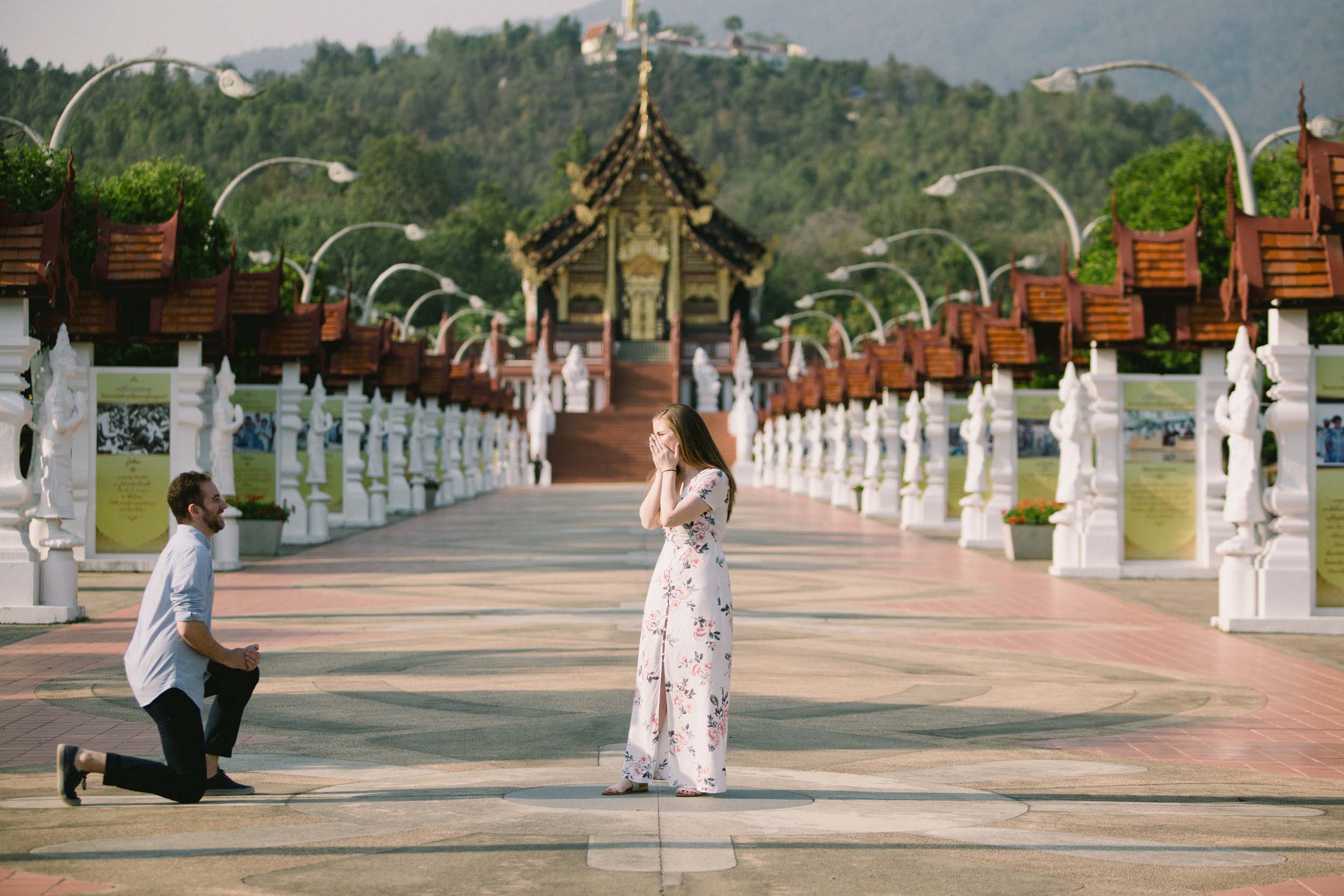 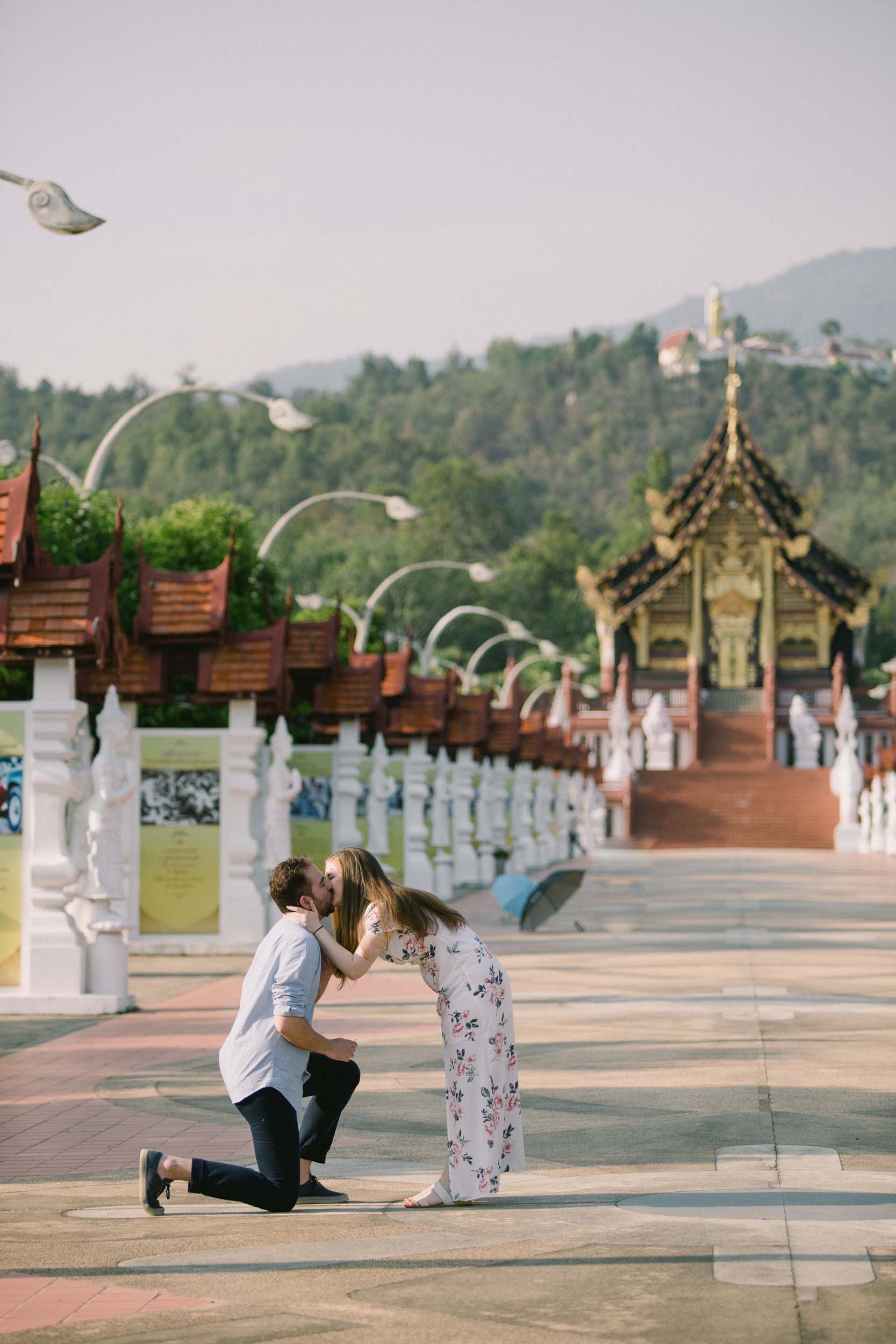 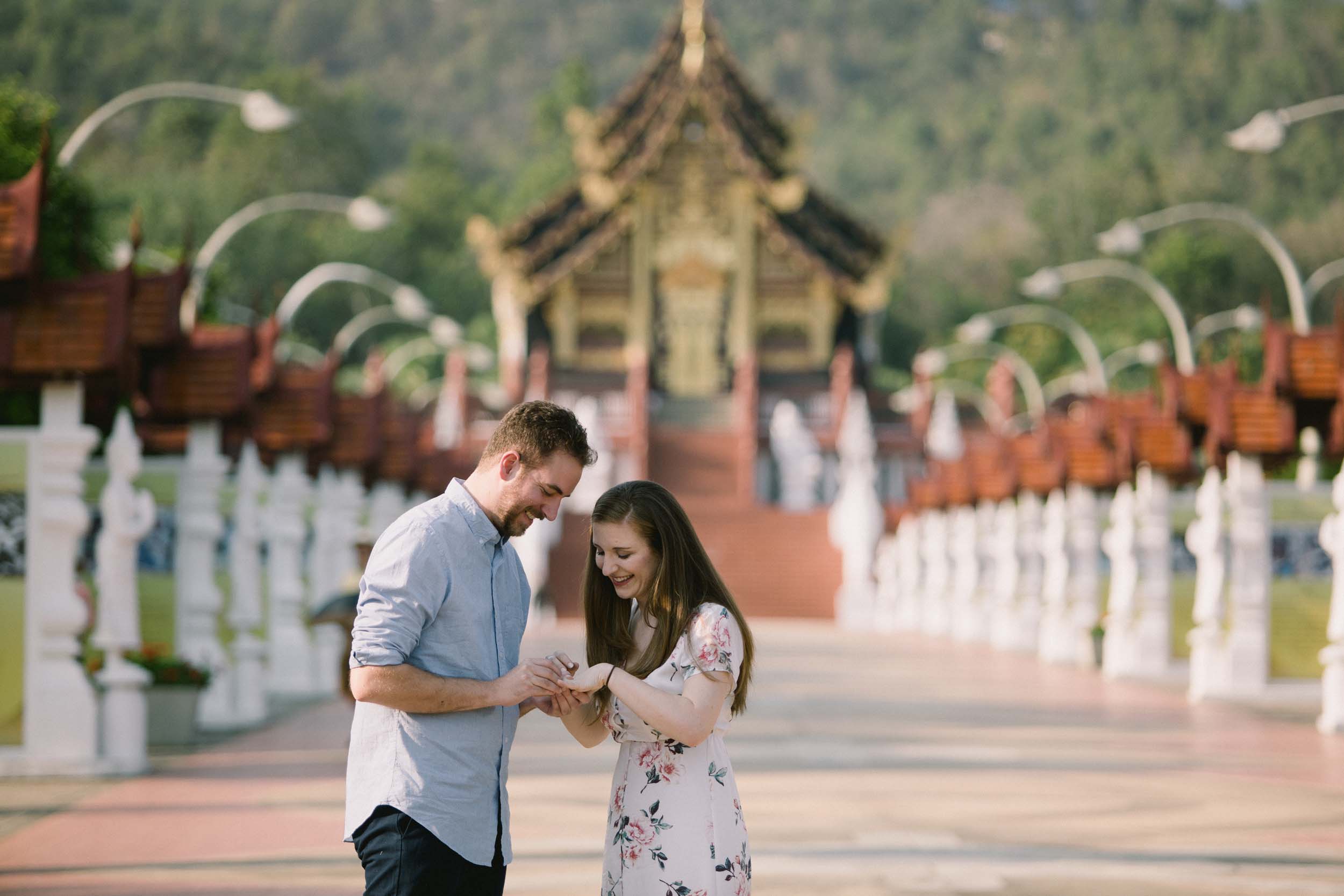 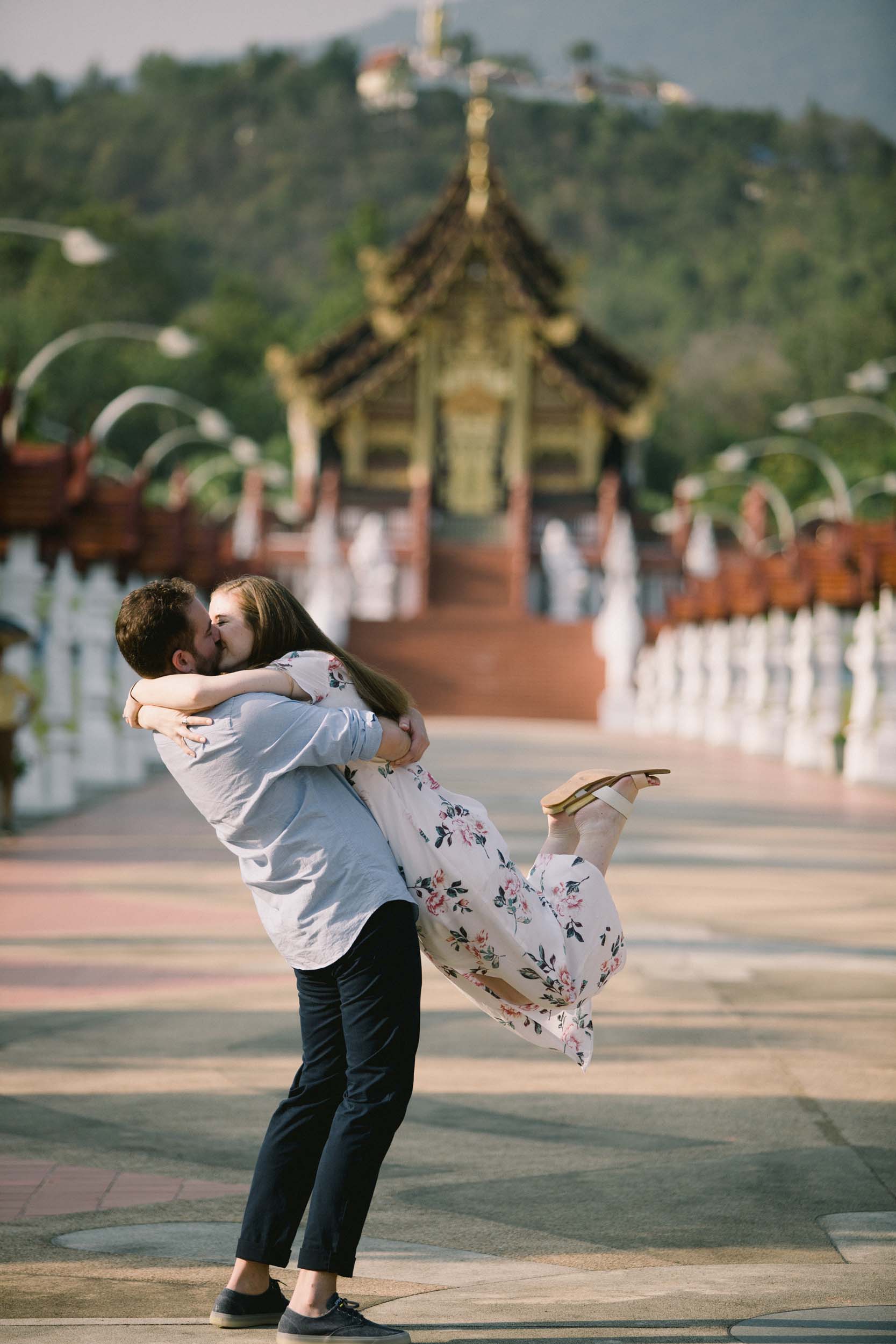 “The proposal went amazing, but the days leading up to it were a bit challenging. Chiang Mai is a lovely city but the most beautiful parts of the city are the temples. Unfortunately, proposing inside a temple would be very disrespectful, so I ended up proposing at the Royal Park Rajapruek, which is a vast sprawling garden with a building in the traditional Lanna architectural style famous to the region. In my mind before the proposal, I had rehearsed what I was going to say. I wanted it to be simple and I came up with the line, “Wherever you are in this world, I want to be by your side with you.” I was so nervous though that when I actually got down on my knee, all of my rehearsing went right out the window! I flubbed the line, but luckily she said yes! Later at dinner that night, I asked if she remembered what I said while I was down on one knee. She replied, “Honestly, as soon as I saw you on your knee, I blacked out and just remember saying yes a bunch of times.” I’d say that it all worked out in the end!” — Mitchell 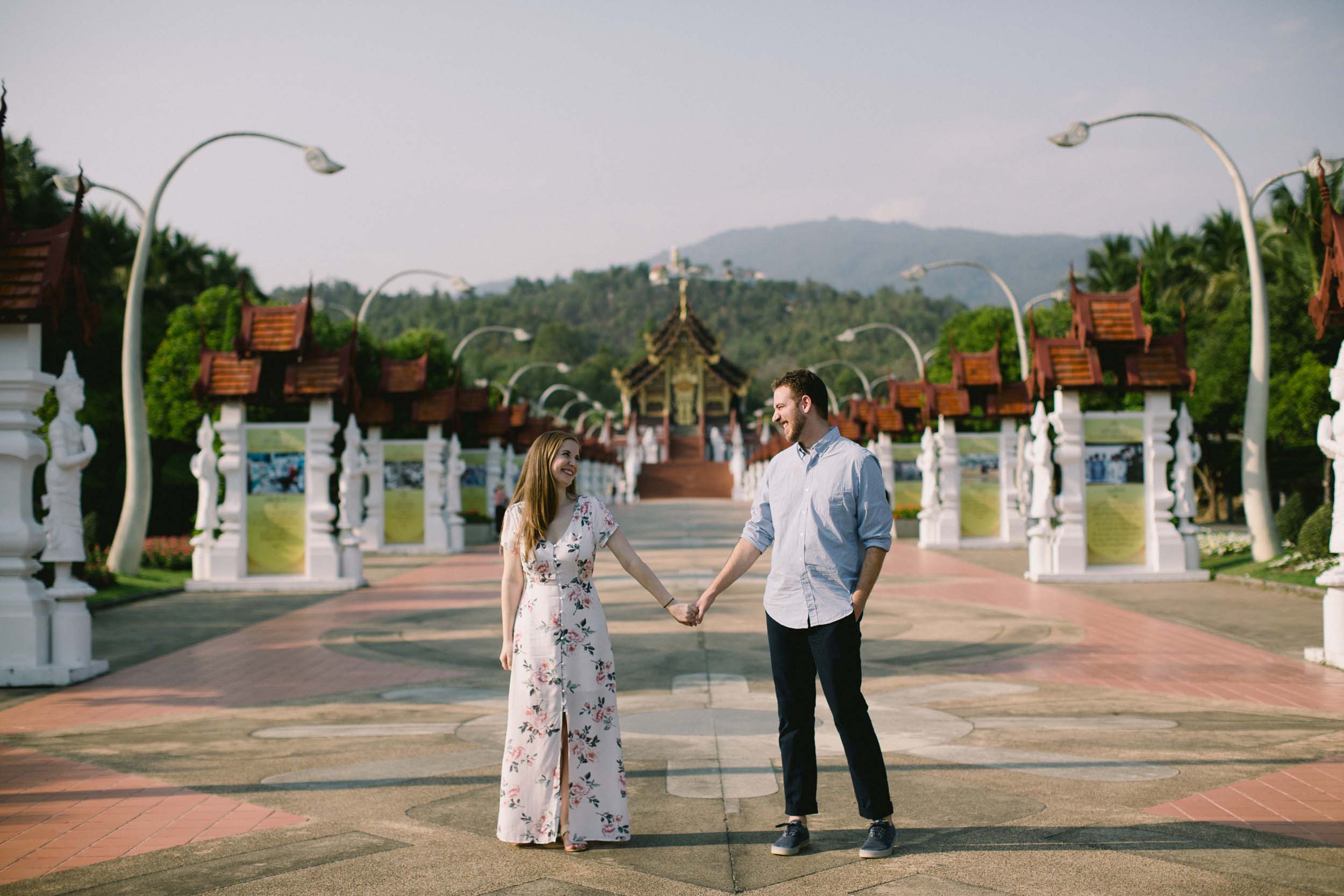 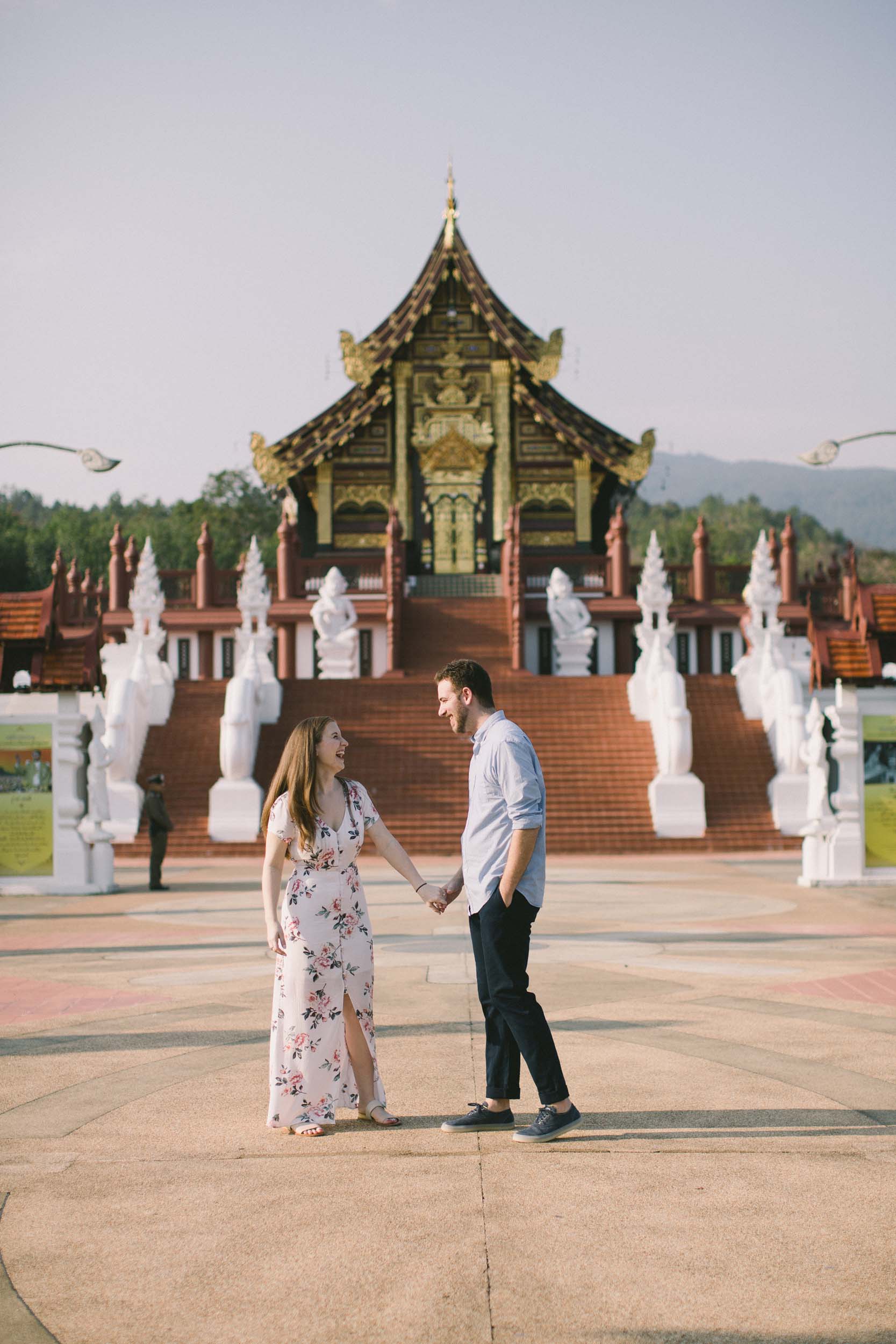 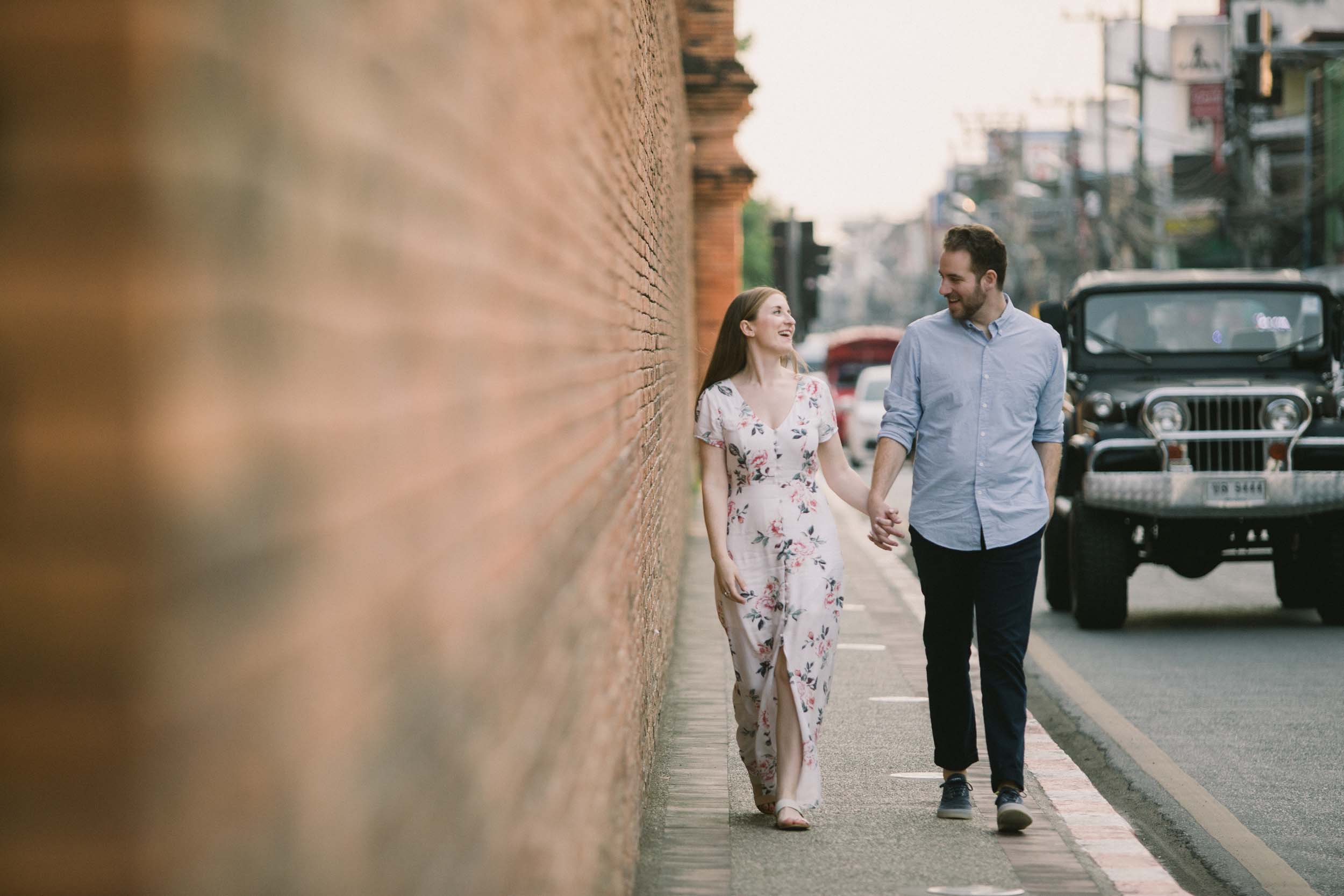 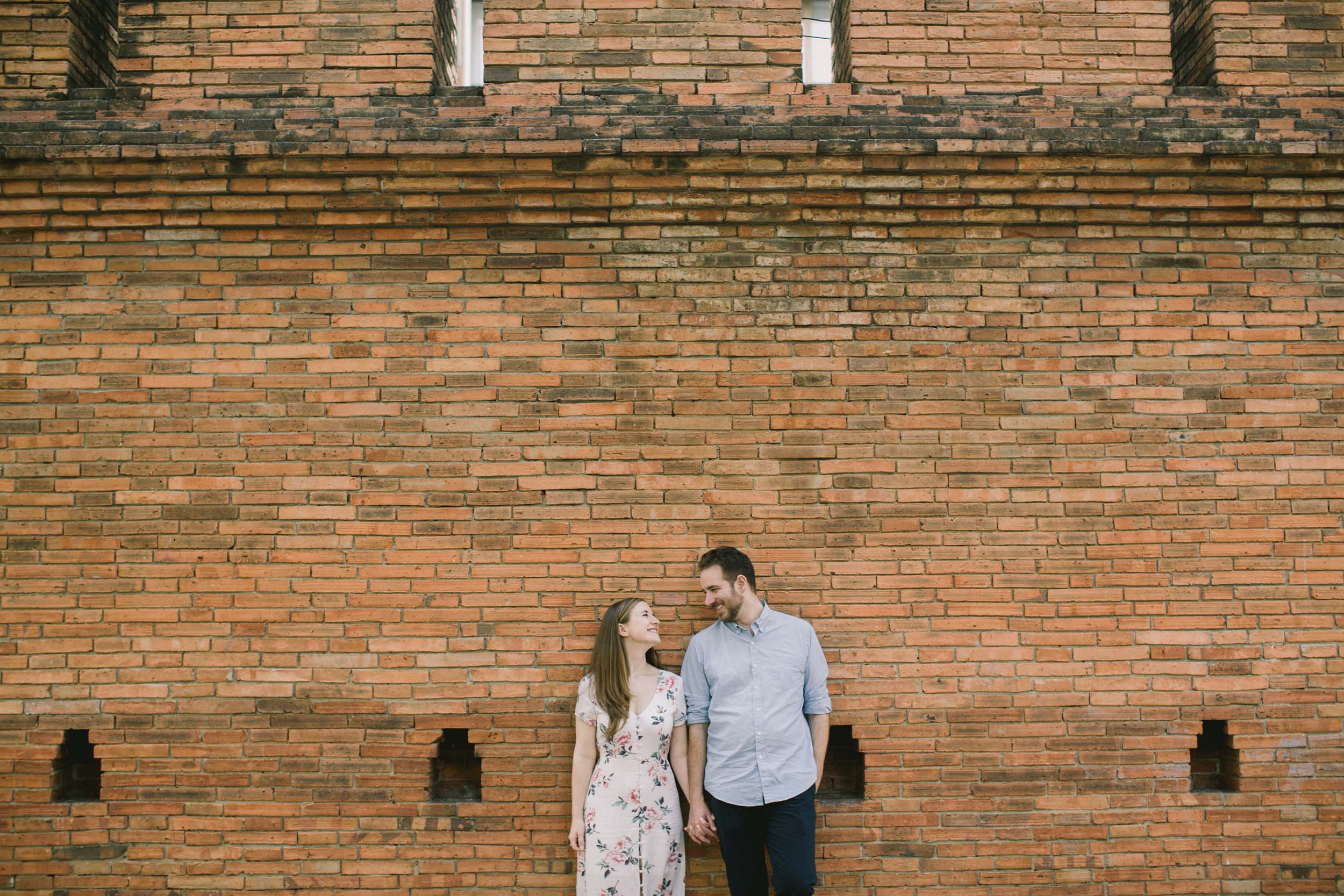 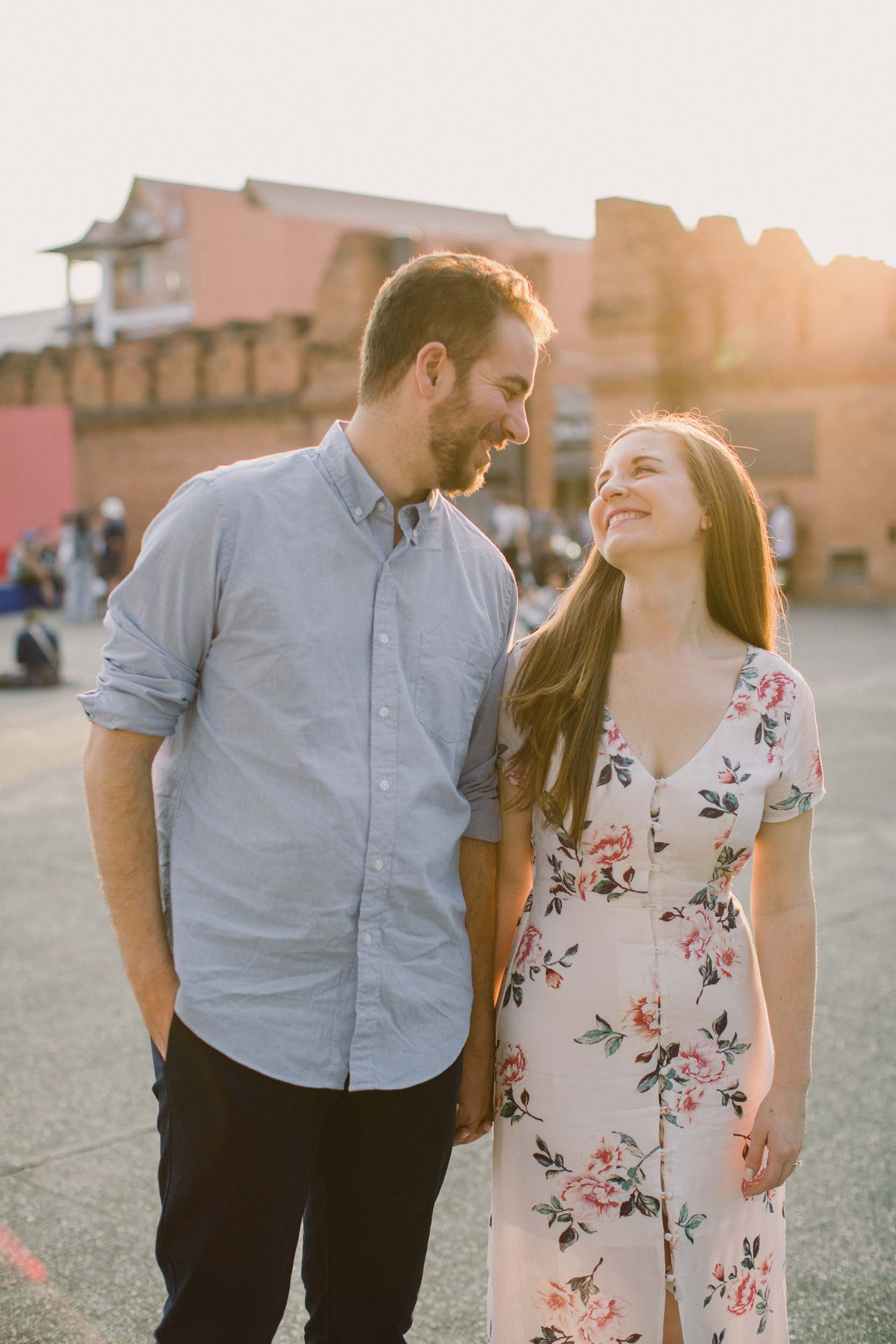 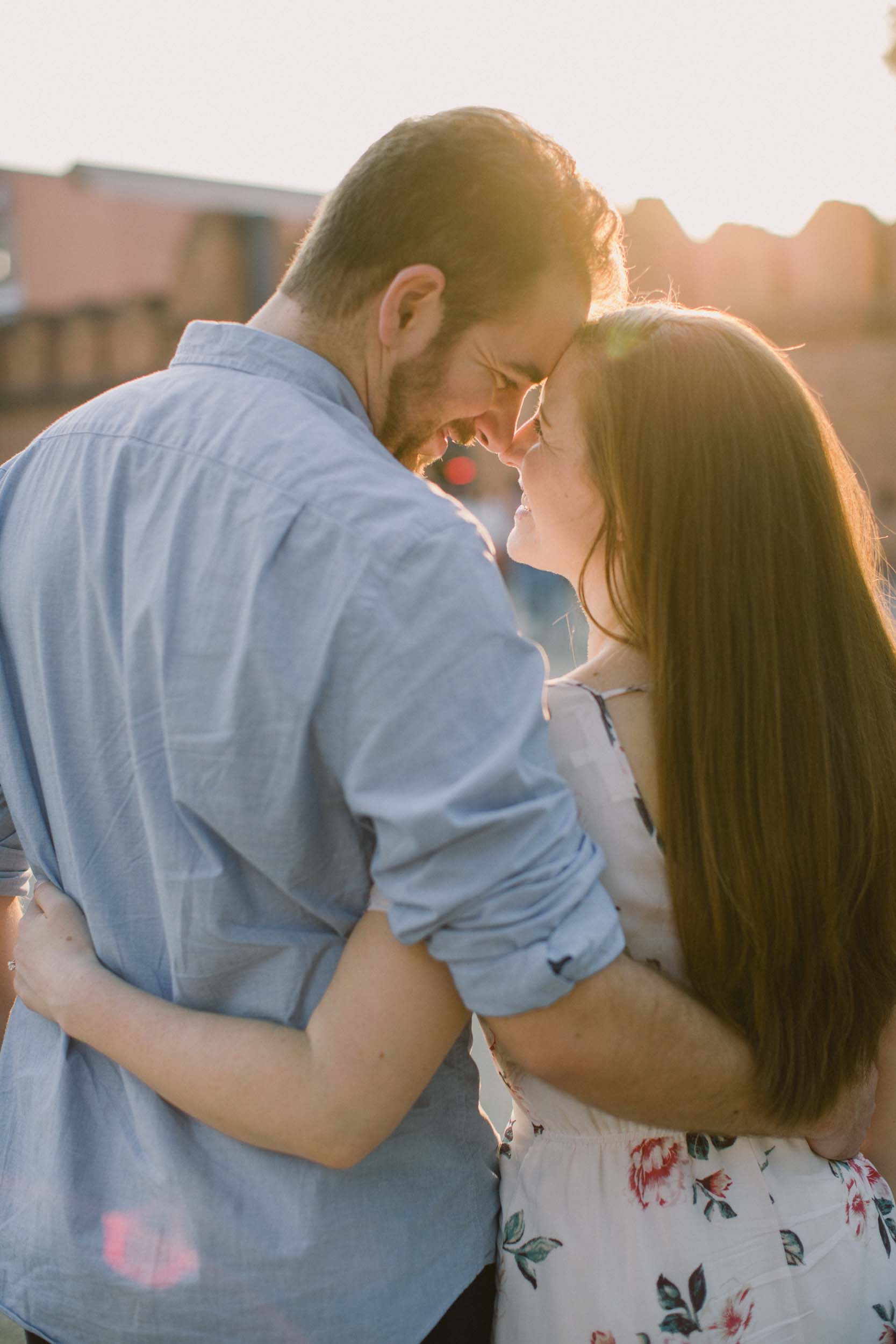 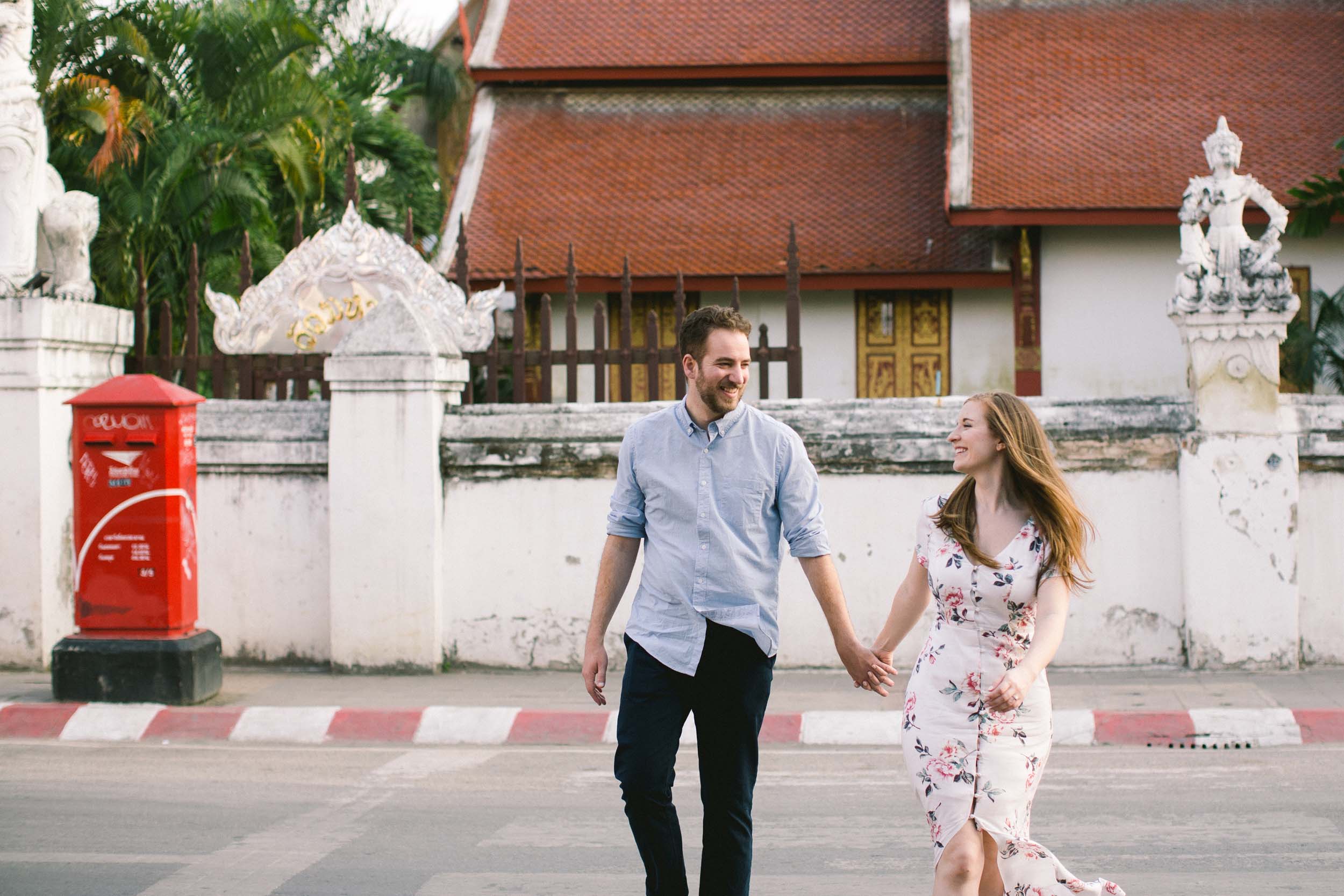