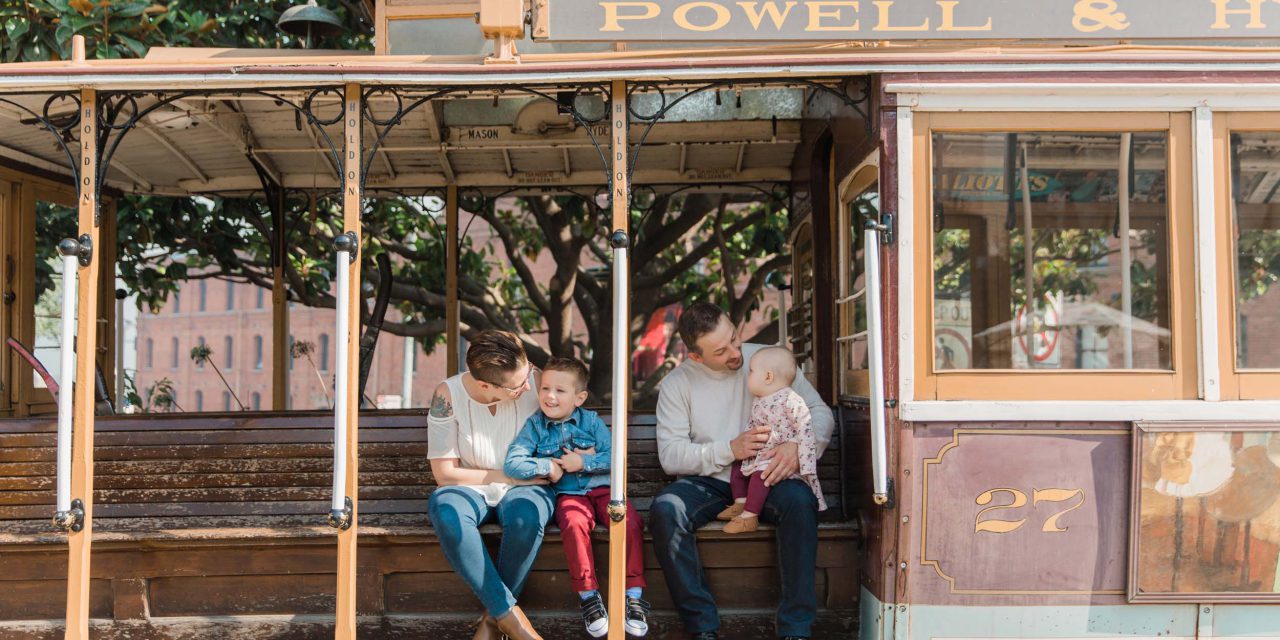 Throngs head to the City by the Bay for its vibrant cultural mix, upscale boutiques & restaurants, and burgeoning tech industry. The Golden Gate Bridge, rows of Victorian Painted Ladies, and cable cars running the hilly streets set the scene for a vibrant and friendly coastal city. We tapped our San Francisco photographers for their favourite hidden treasures tucked away in San Francisco’s unique neighbourhoods. Get these on your must-see list, stat. 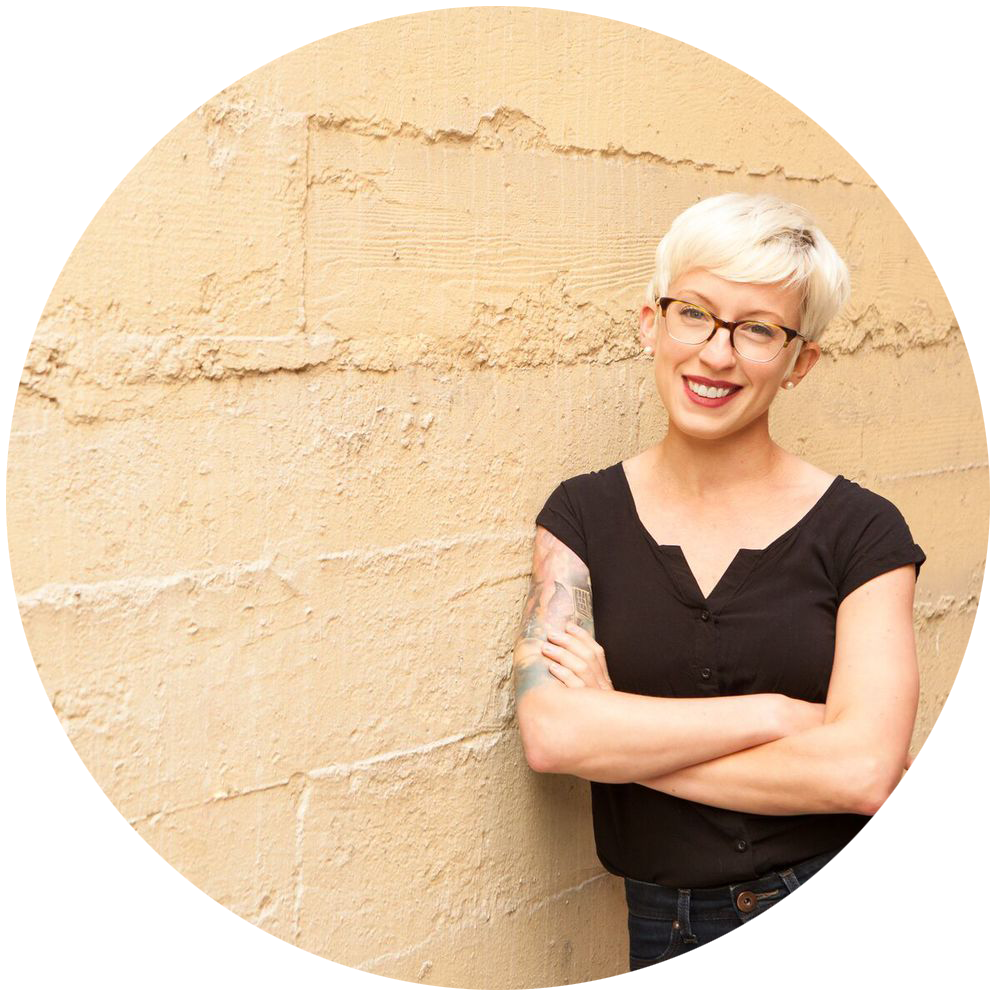 Try a little bit of everything San Francisco has to offer by visiting the Ferry Building. Start with a Blue Bottle New Orleans iced coffee as you size up your options. Then, stop for a to-die-for grilled cheese at Cowgirl Sidekick. Finish things off with a scoop of Secret Breakfast (vanilla ice cream with bourbon and cornflakes!) at Humphry Slocombe. For dinner, head to Nopa, a San Francisco institution that serves up a mean cocktail and a killer burger ’til late.

The San Francisco Museum of Modern Art (SFMoMA) was renovated in 2016, and houses some of the best modern art on the West Coast. Pro tip: start at the top with a snack at the rooftop cafe and sculpture garden, then work your way down. Don’t leave without a stop by the gift shop — it’s chock full of unique San Francisco crafts, books, and jewelry, and perfect for knocking out that last souvenir. For a little more nature, head out to Lands End for some low-key hiking and take in 180-degree views of the Marin Headlands from the Pacific Ocean all the way to the Golden Gate Bridge. Brave the steps down to the labyrinth for an A+ photo op.

Make like a local and rent a Ford GoBike to get around town. Cruise down to the Mission and stroll along hipster-central Valencia Street for primo window shopping, people watching, and snacking. Around sunset, pick up a bottle of wine and head up to Dolores Park for a picnic, and don’t miss the incredible skyline views from Church Street & 20th. 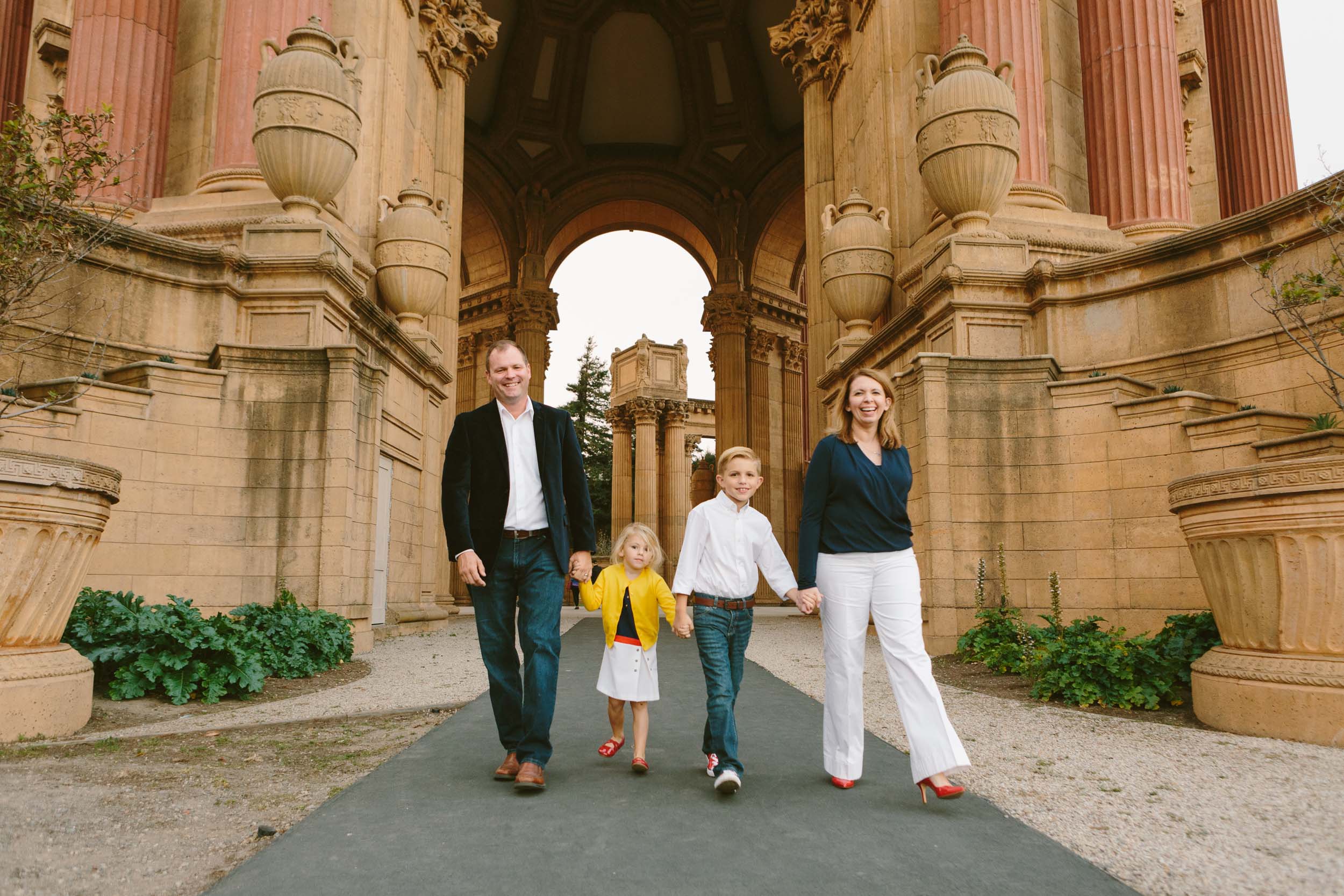 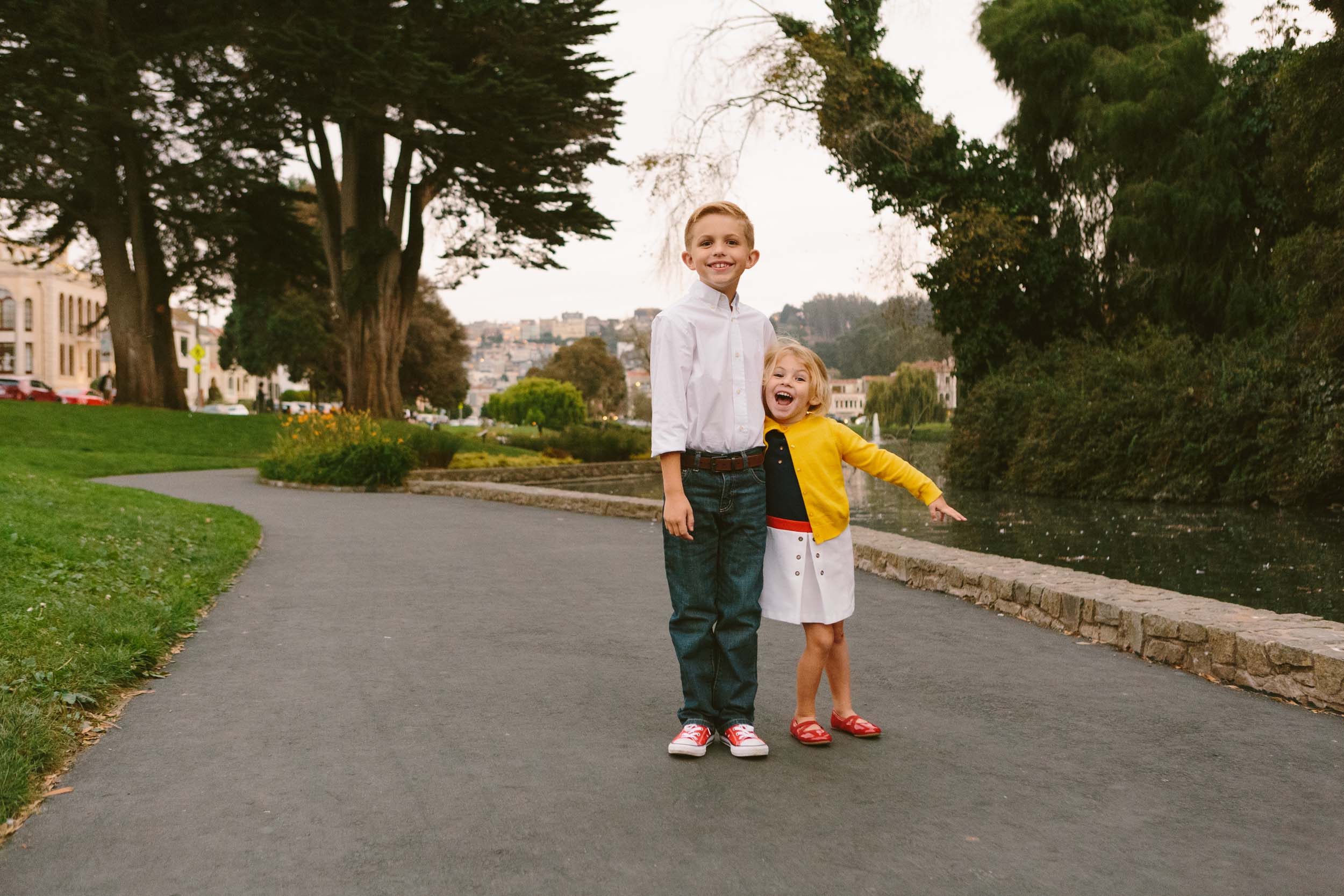 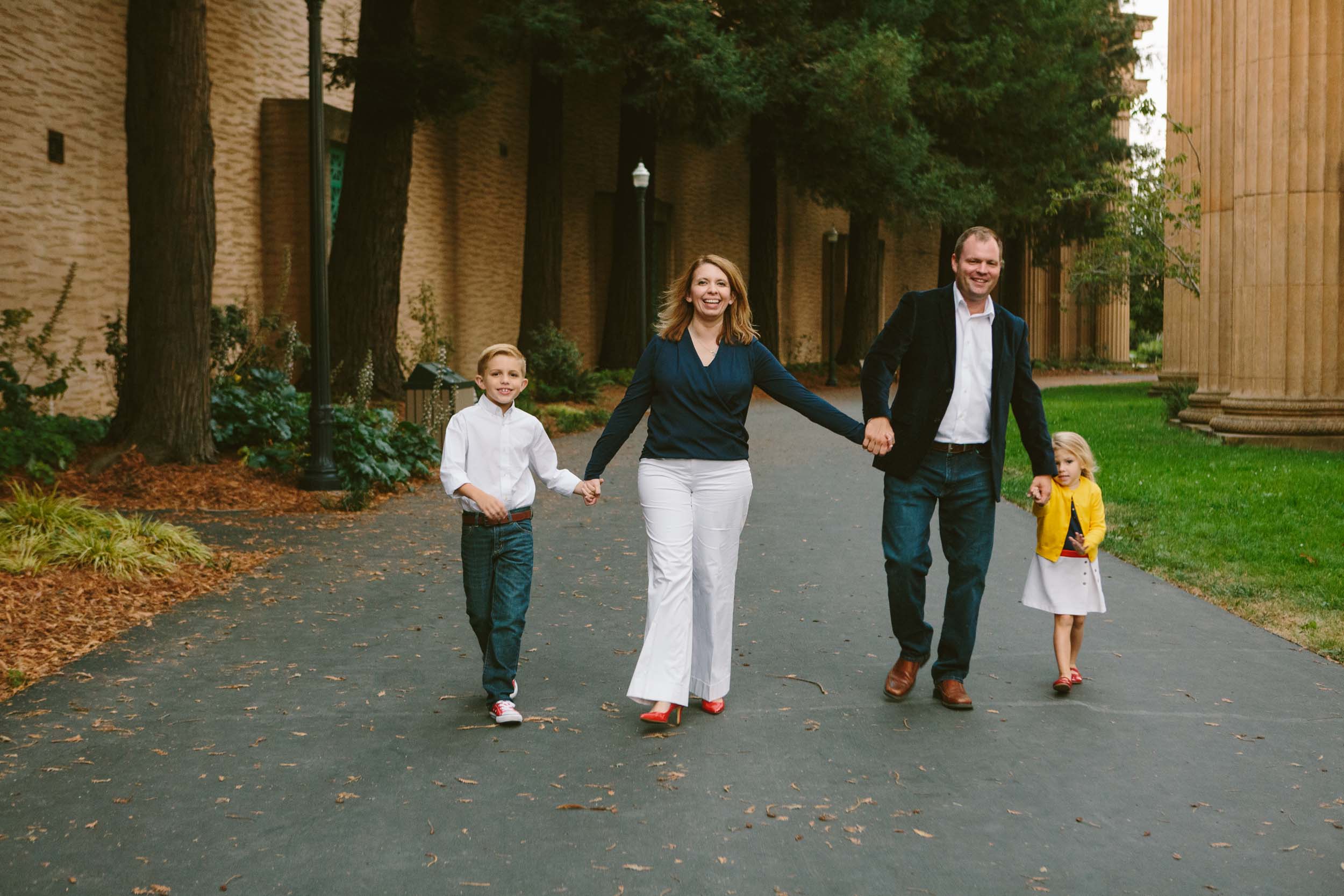 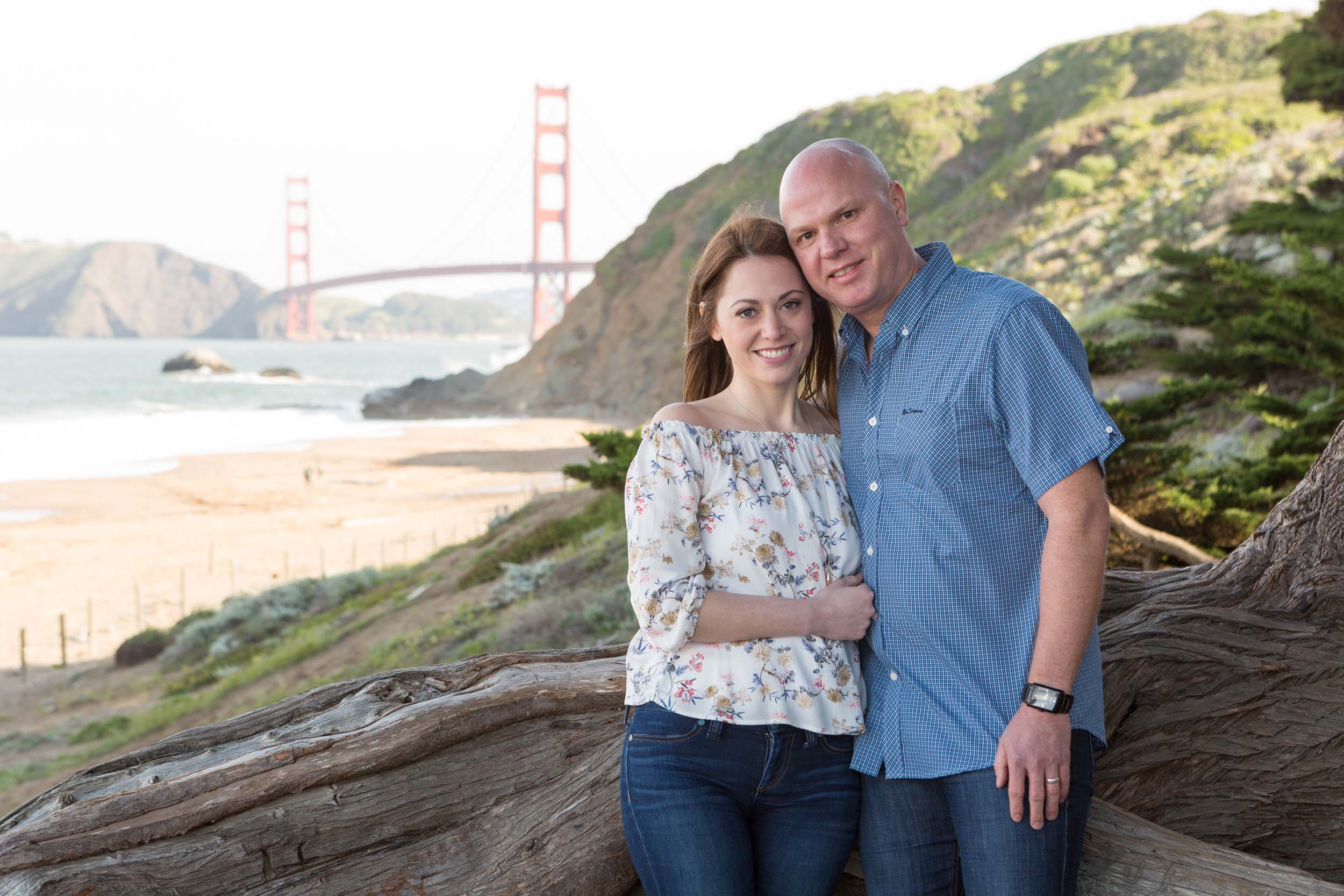 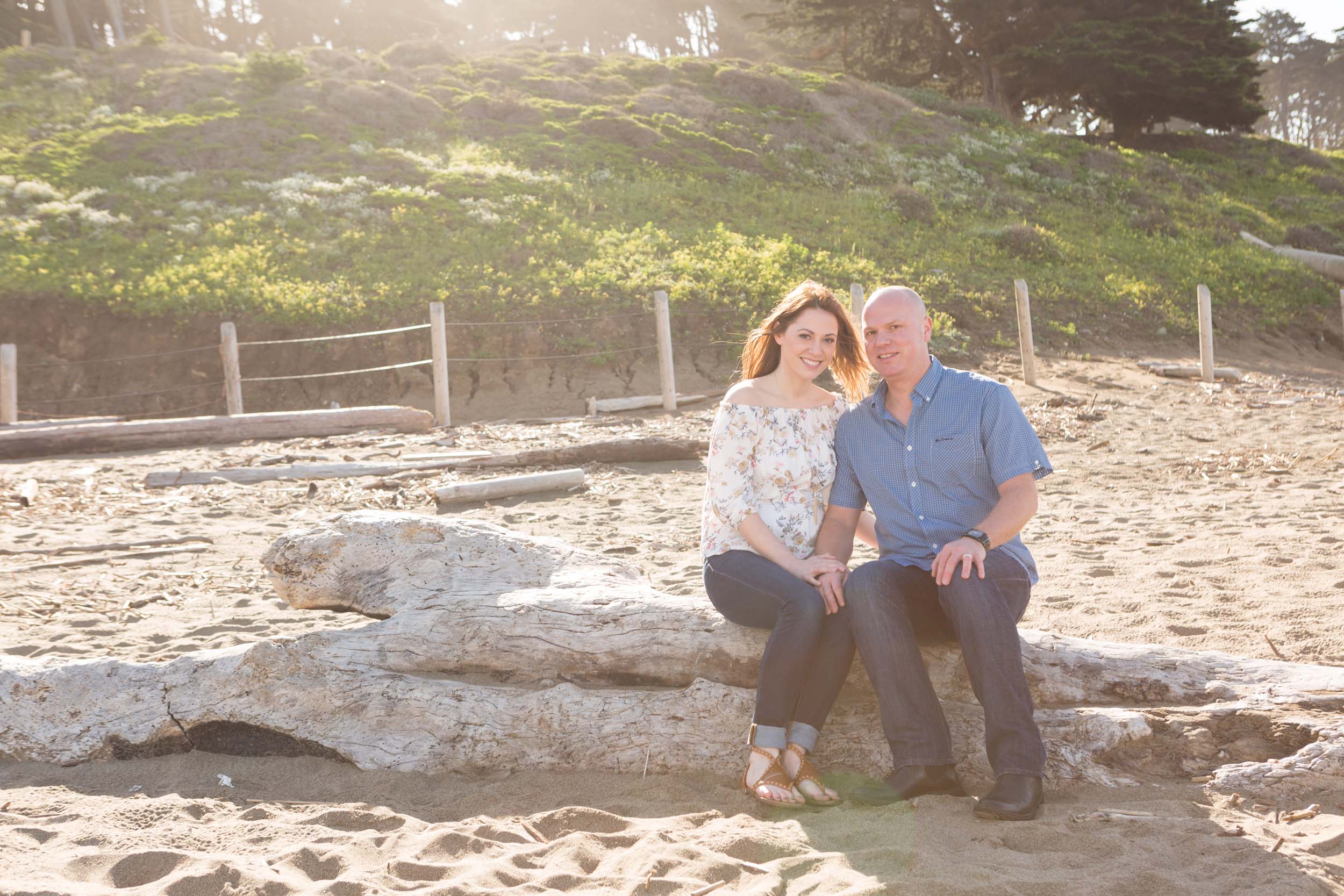 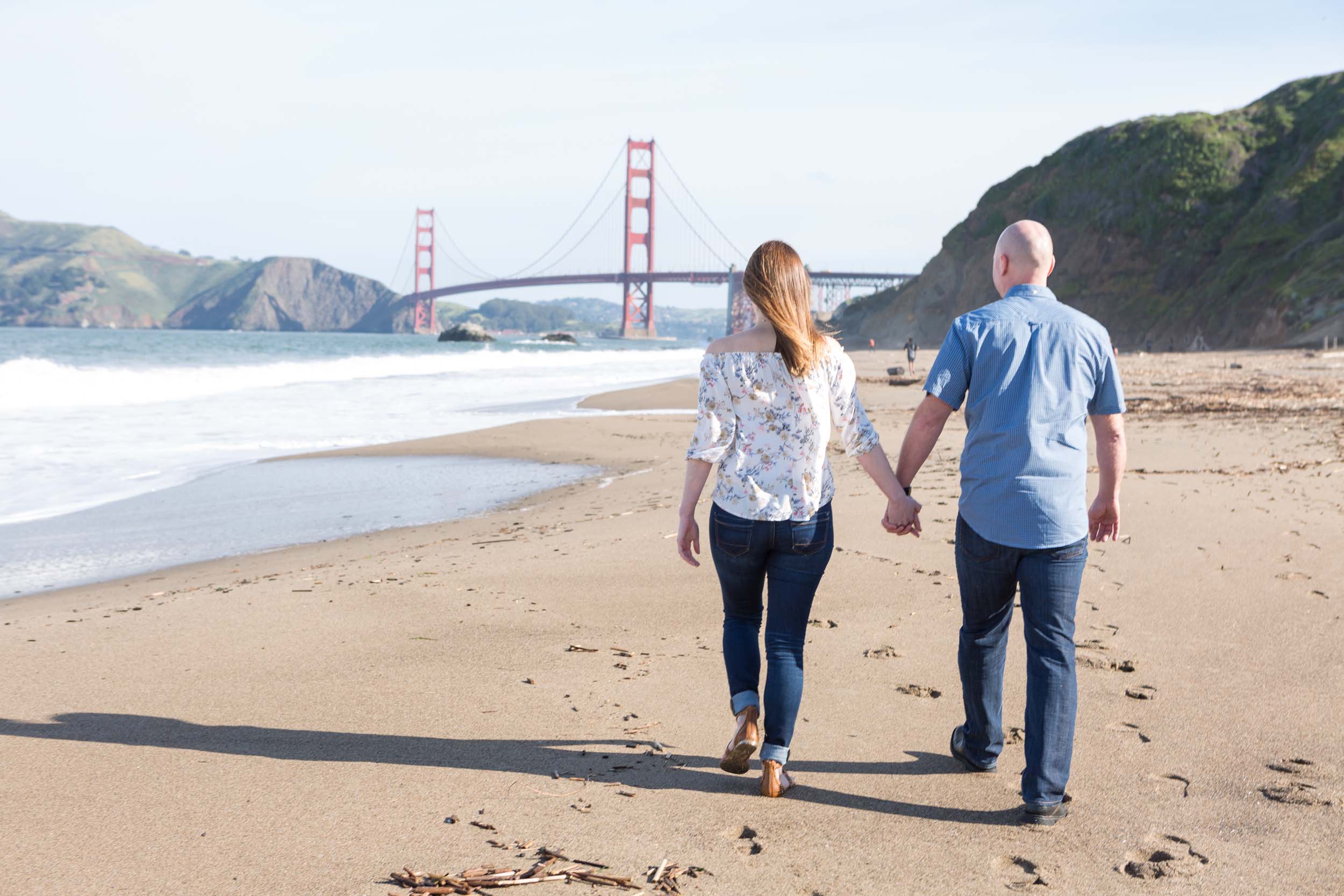 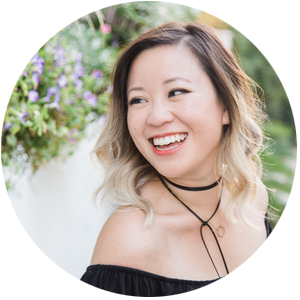 San Francisco has so many great taco joints. Two of my favourites are El Farolito, a late night spot serving up tacos, tortas, and burritos, and La Taqueria, which serves up authentic Mexican and draws long lines, but don’t worry — the lines always move quickly! I’m a sucker for San Francisco’s out of the box ethnic food options. I love the sweet tea, spiced rice, and tangy soups at Yemen Kitchen, the veggie sushi at Shizen vegan sushi bar, and I always take out of town guests to Cha-ya, a vegan Japanese spot on Valencia Street, a beautiful — and flat — street perfect for biking. For brunch, you can’t go wrong with Pomelo. Menu items are named after famous cities around the world and reflect the flavours of each region. You can enjoy a Peruvian breakfast while your friend eats a Japanese breakfast! Fantastic service, too! For dinner, head to Lo Linda, a budget-friendly Argentinian steakhouse and then up to the rooftop bar El Techo for skyline views. For classic San Francisco vibes, head to the Old Clam House, which has been at the same location since 1861, serving seafood and prime rib. Interestingly, the restaurant once sat at the edge of the water, but as the harbour area was extended on landfill, the restaurant lost its waterfront location without even moving!

San Francisco’s hills make for killer views. Go to the top of at least one hill while you’re in San Francisco to experience them. Try Twin Peaks or Bernal Heights, which has an amazing view and is usually not too crowded. You have to see Lombard Street, possibly the wiggliest street in the world. Be sure to see Golden Gate Park (note: you can’t see the Golden Gate Bridge from Golden Gate Park…go figure). Based on New York’s Central Park, but even larger, there are so many fun things hidden inside: the Academy of Sciences, the de Young Museum, which has a free observation tower, a bison reserve, the Japanese Tea Garden, and amazing statues scattered throughout. Fun fact: one of the designers of Golden Gate Park, John McLaren, had an aversion to statues, so he placed them in odd, hidden places throughout the park. The Palace of Fine Arts is another must see. It’s free to walk around and explore with plenty of easy parking available.

Rent bikes and bike Valencia Street. It’s flat, so perfect for cycling, and lined with beautifully modern shops and restaurants, or bike the Golden Gate Bridge. Climb the Lyon Street Steps, a crazy steep staircase in the middle of one of SF’s most expensive neighbourhoods. The building of the Consulate-General of Russia, where the Princess Diaries was filmed, can be found at the bottom of the steps and at the top? Beautiful views. My absolute favourite secret spot is Musée Mécanique at Fisherman’s Wharf. It’s free to enter and inside the warehouse building, you’ll find all kinds of oddball, antique penny arcade games. They still work, so bring coins and play! 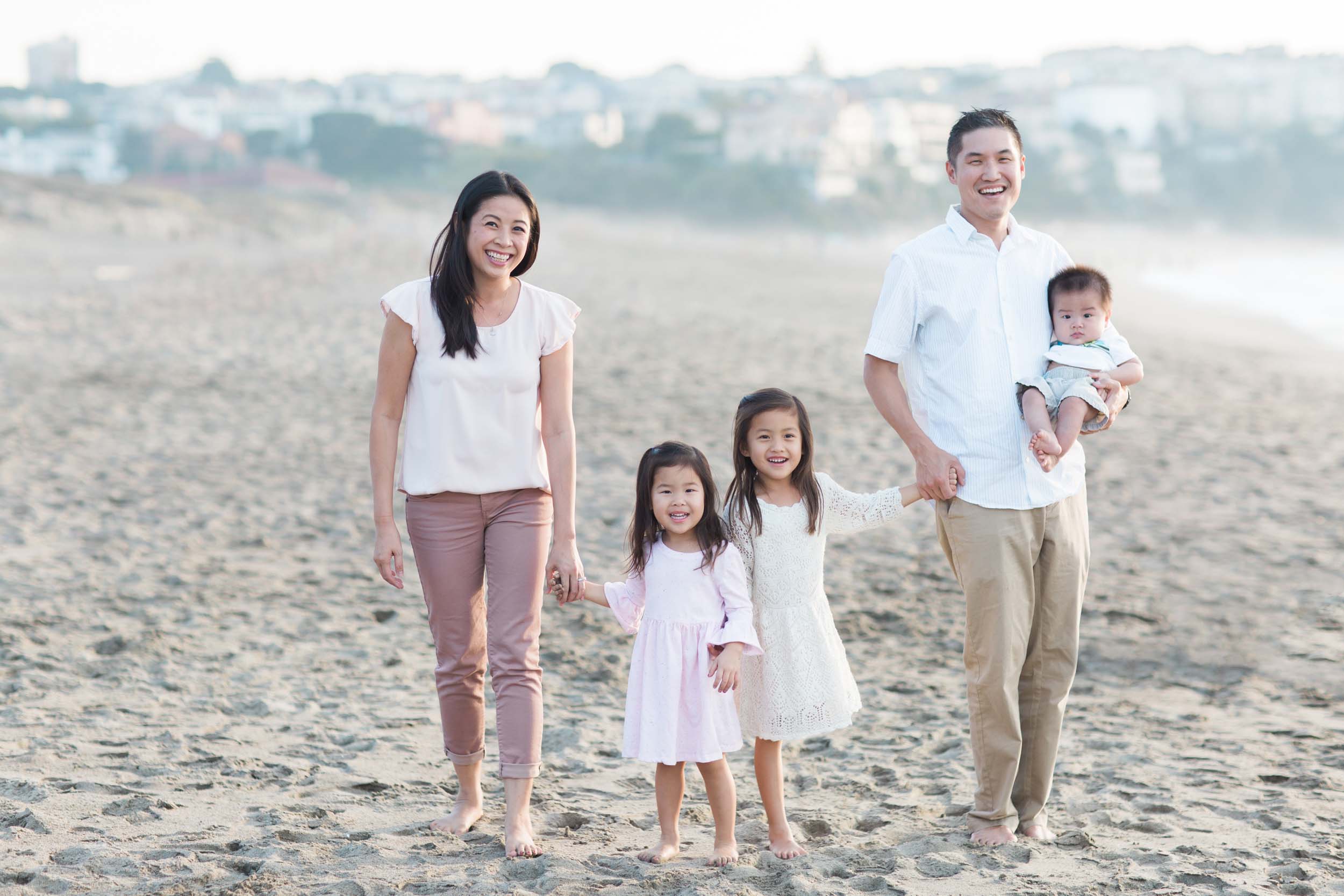 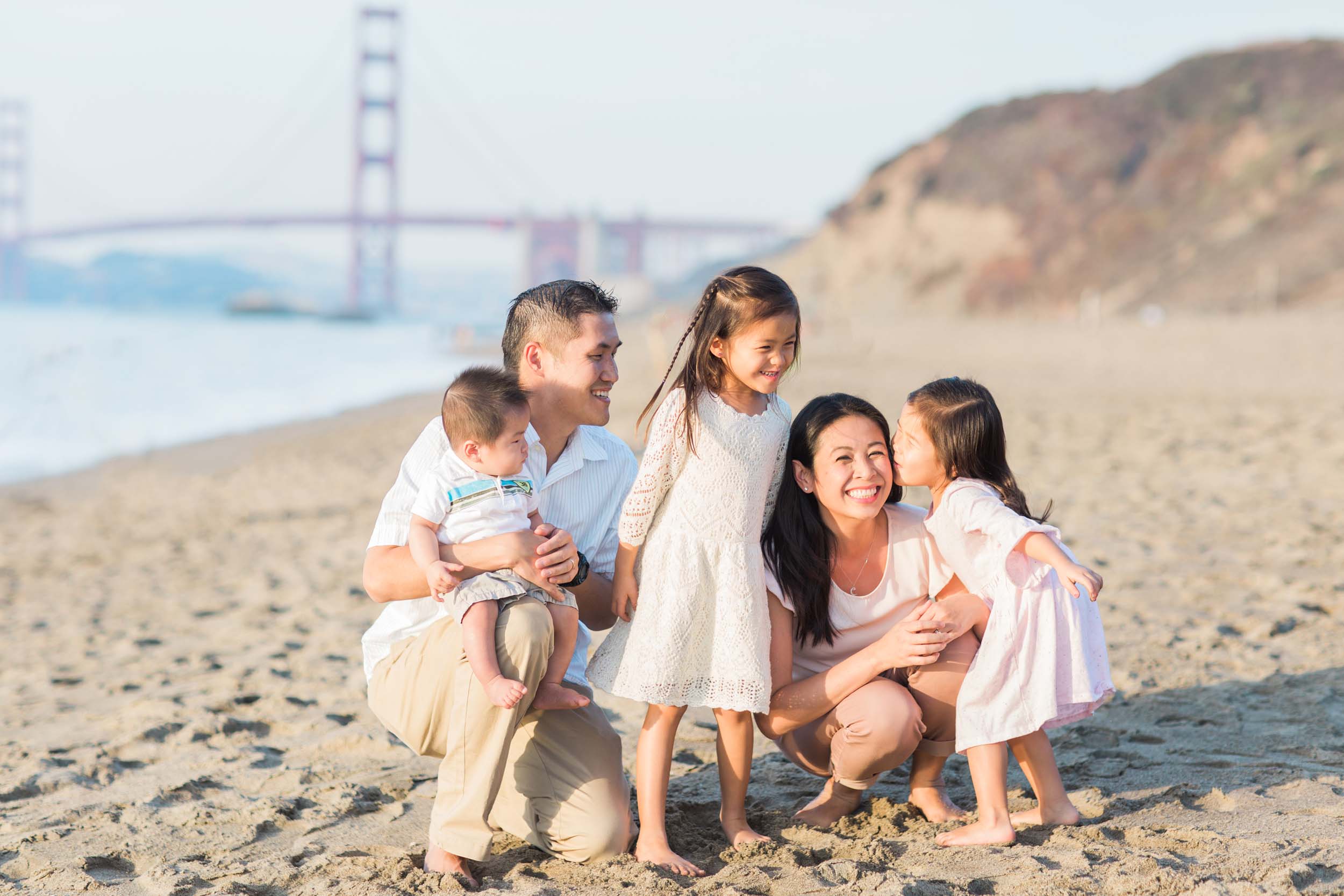 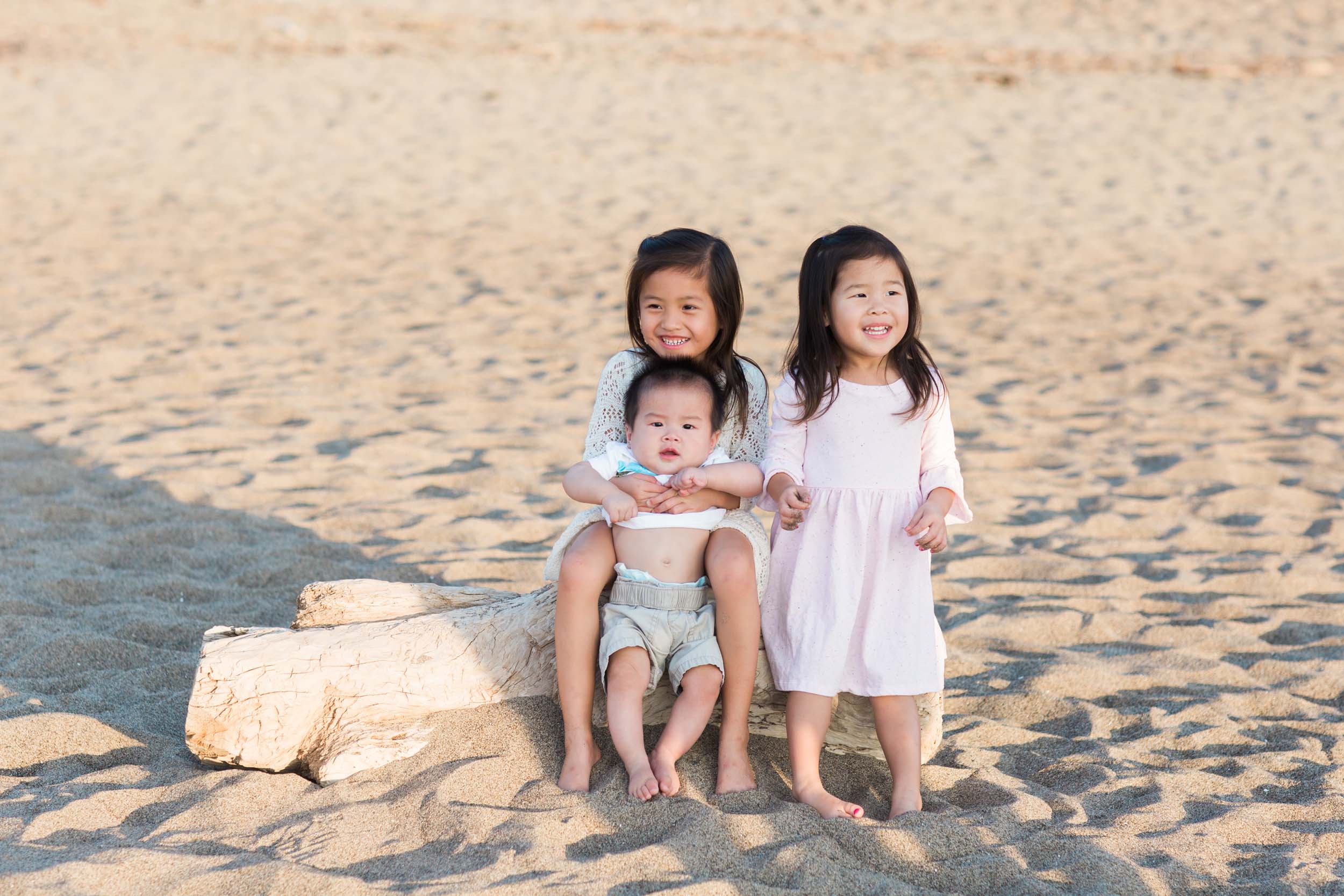 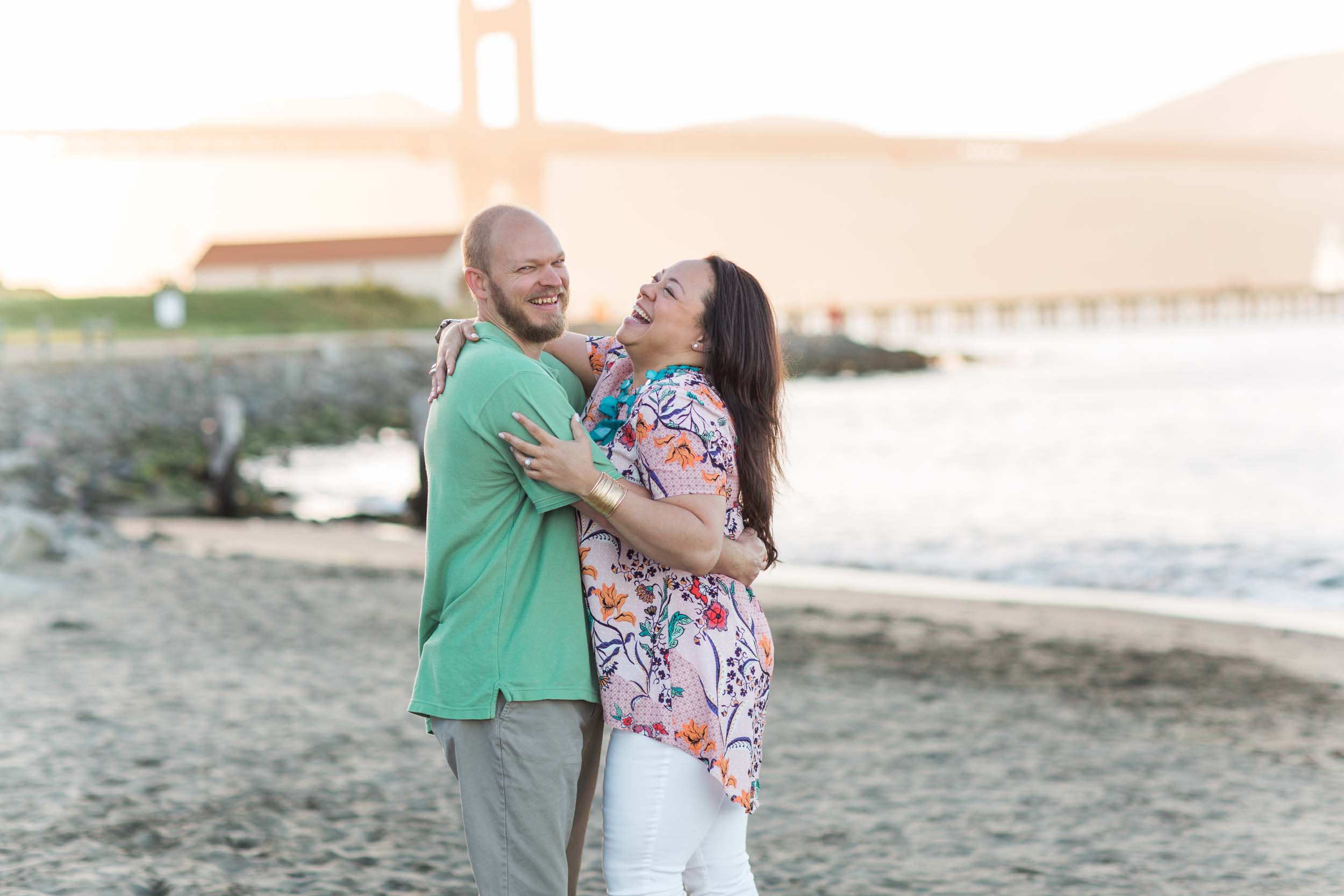 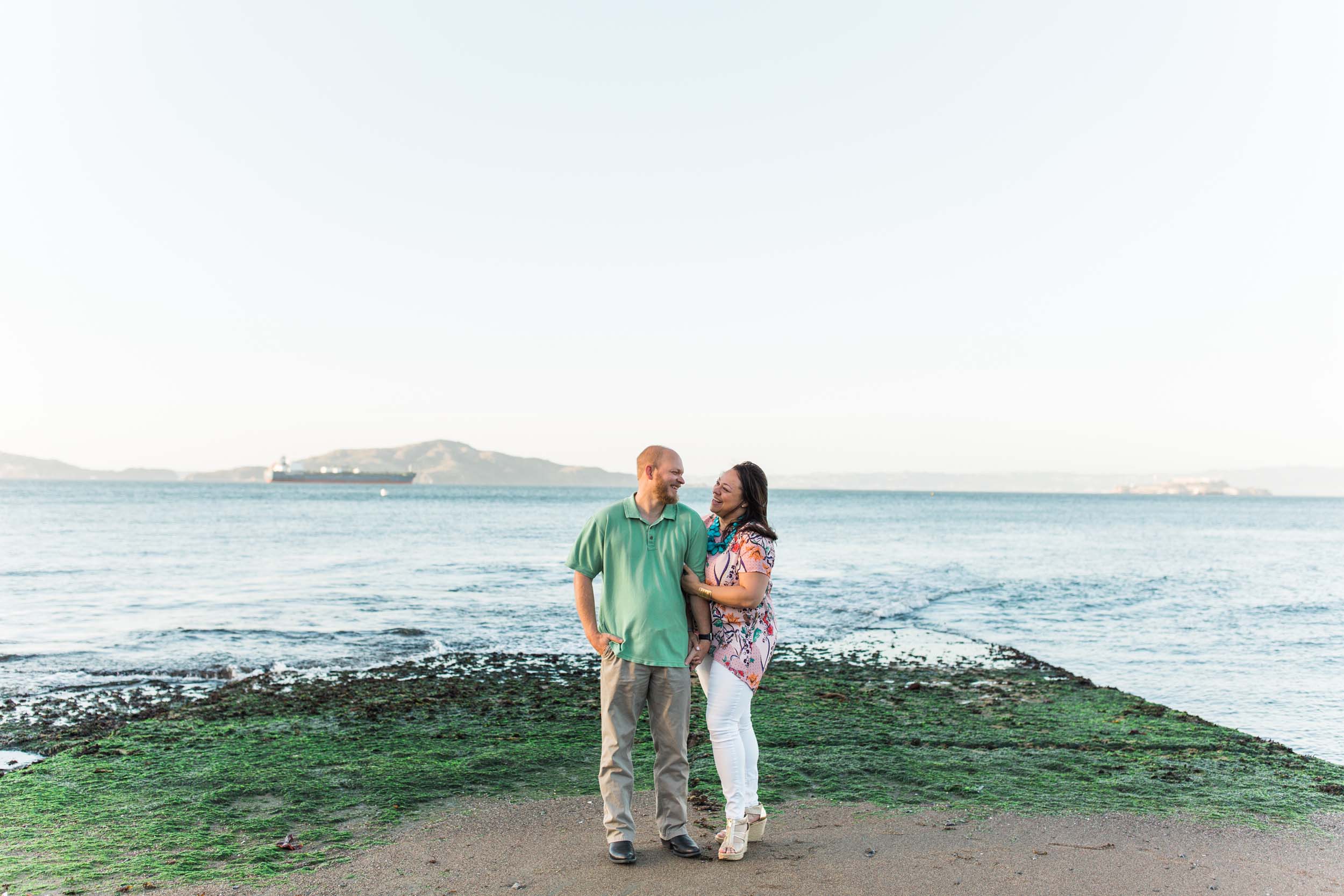 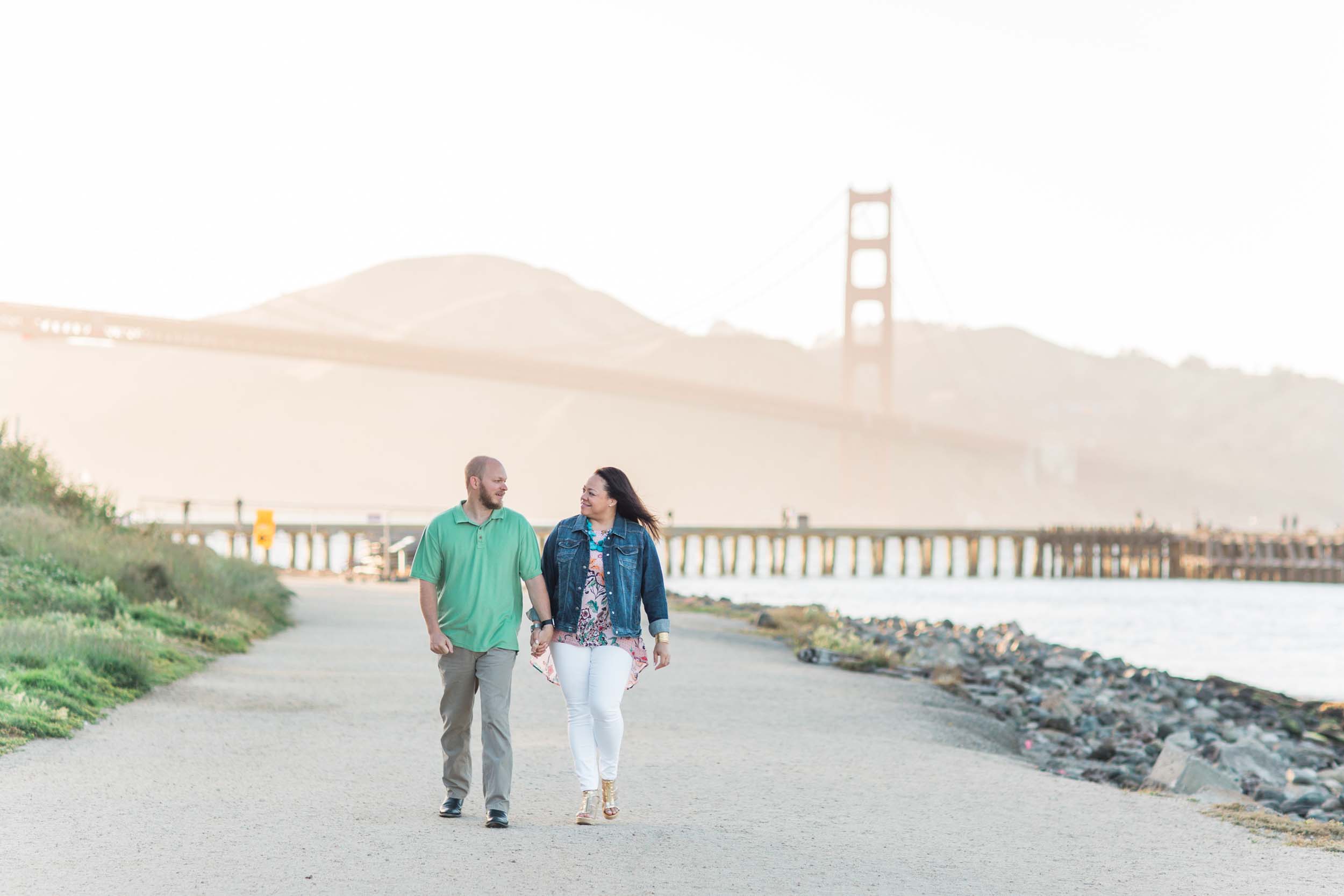 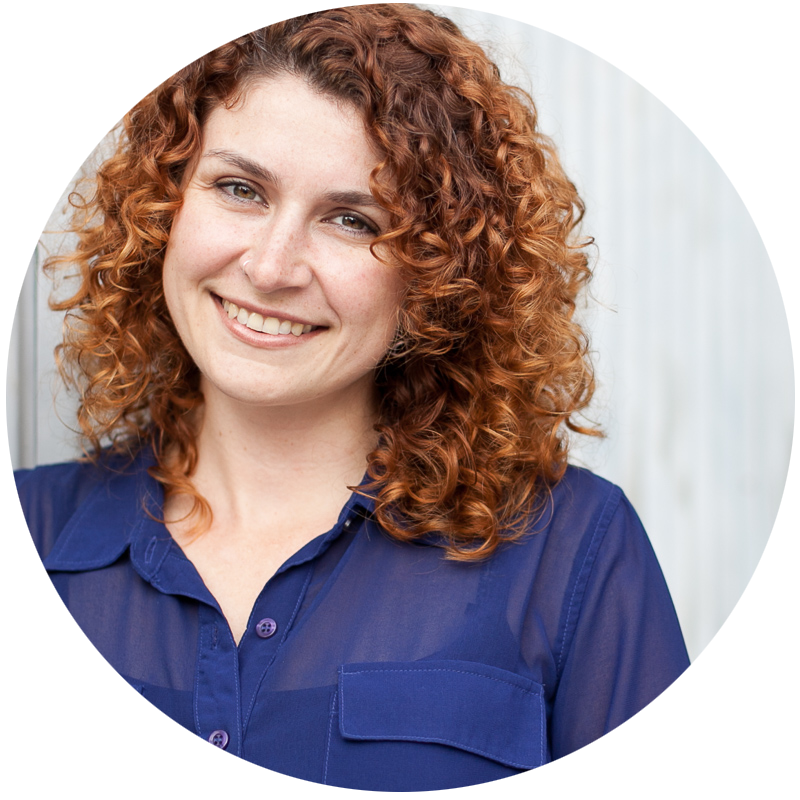 I love the vibrant little community neighbourhood of the Inner Sunset. There are any number of restaurants near 9th Avenue and Irving, but see if you can get a table Ebisu for their fabulous sushi. Be prepared to wait, but while you do you can drink a beer and play board games at the Little Shamrock, which is just around the corner. This quirky Irish pub is proud to have been in business for well over 100 years and counting.

For those who love nature and are interested in learning about San Francisco history, head over to the Sutro Baths. The ruins of these old baths sit on a beautiful cliffside right next to the Pacific Ocean. It’s a great place to explore. It’s also near the trailhead for the beautiful Lands End trail, which is a worthwhile hike with stunning views of the San Francisco Bay and Golden Gate Bridge.

Go visit the observation tower at the de Young Museum in Golden Gate Park. It’s free and you get a great bird’s eye view of the whole city. 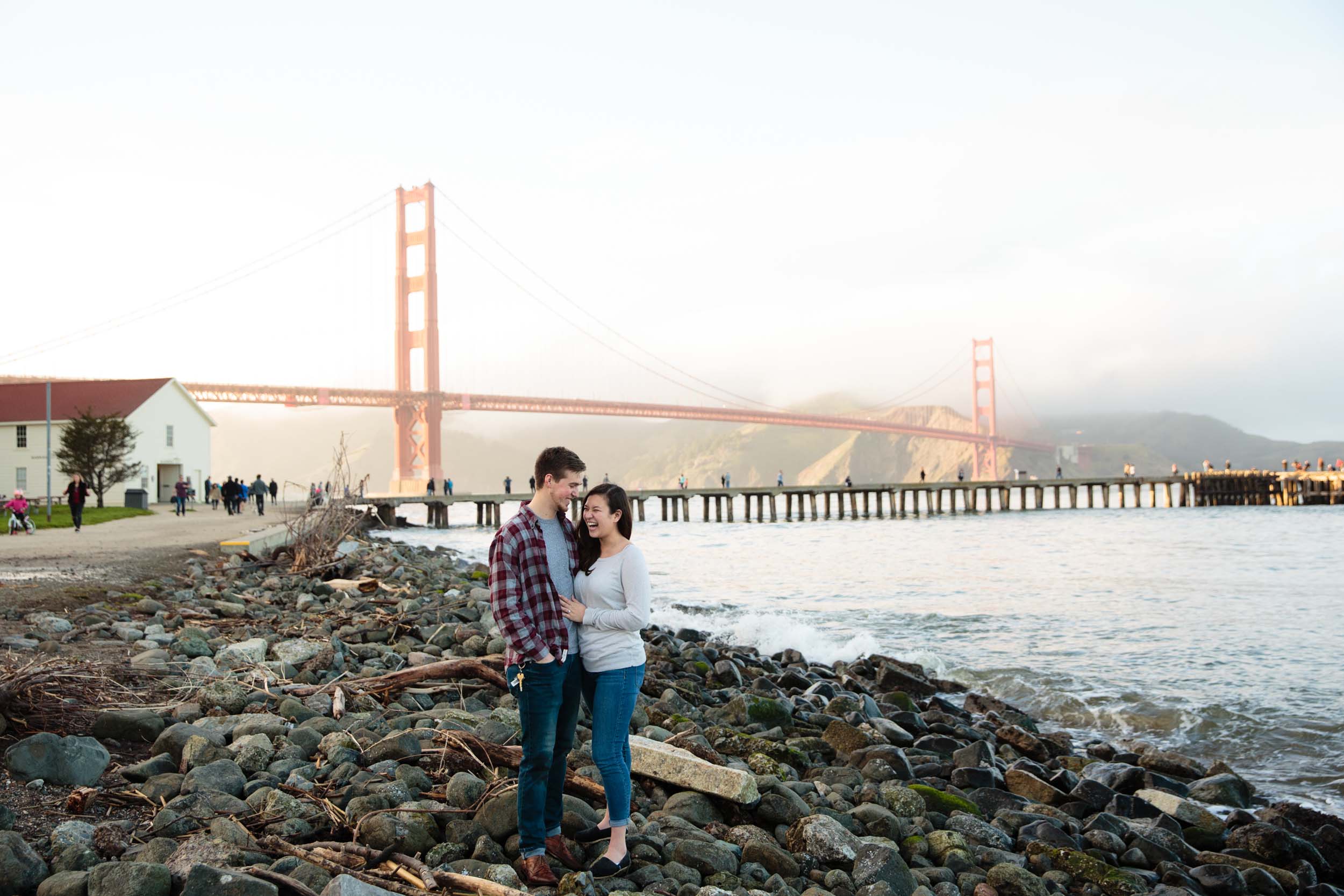 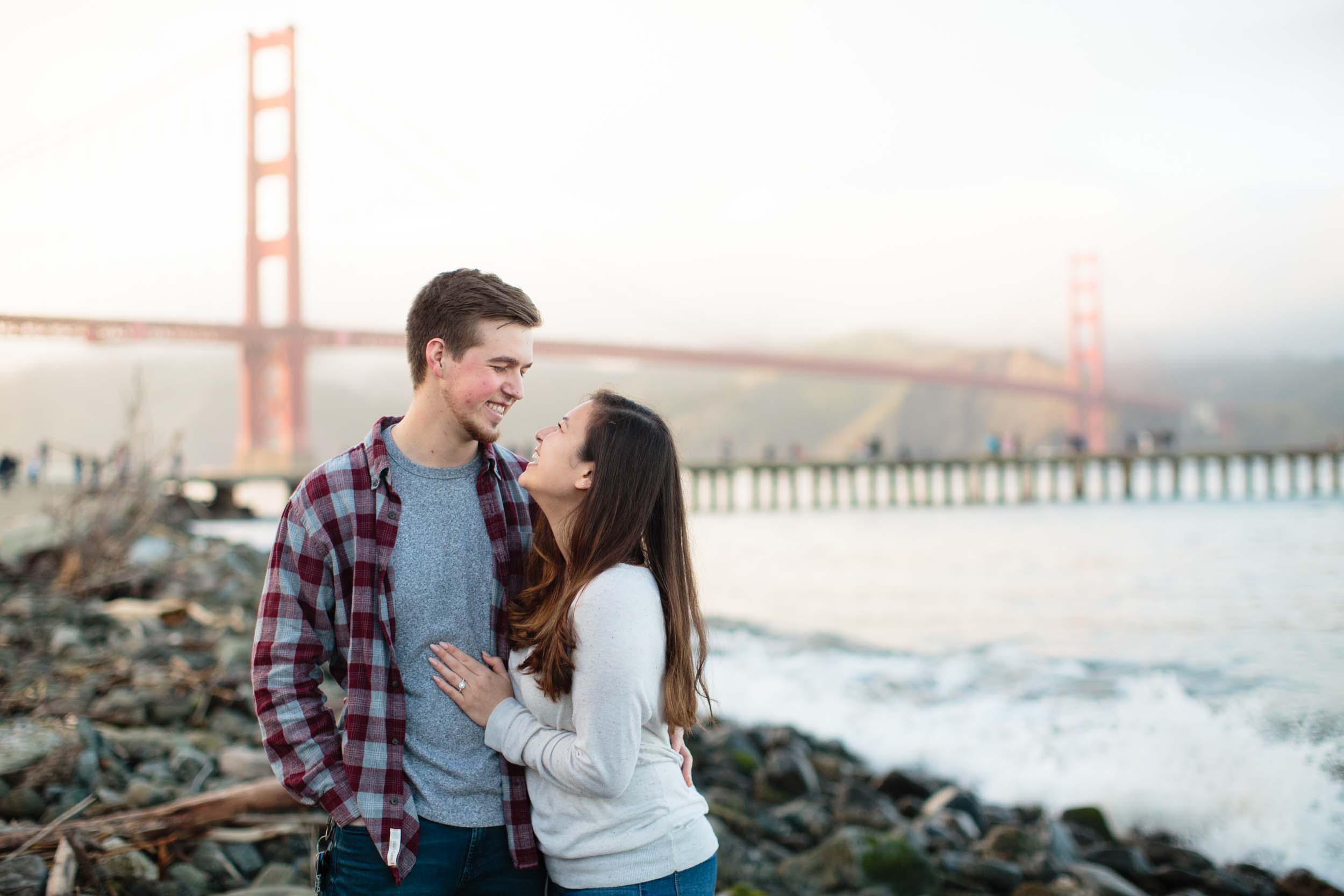 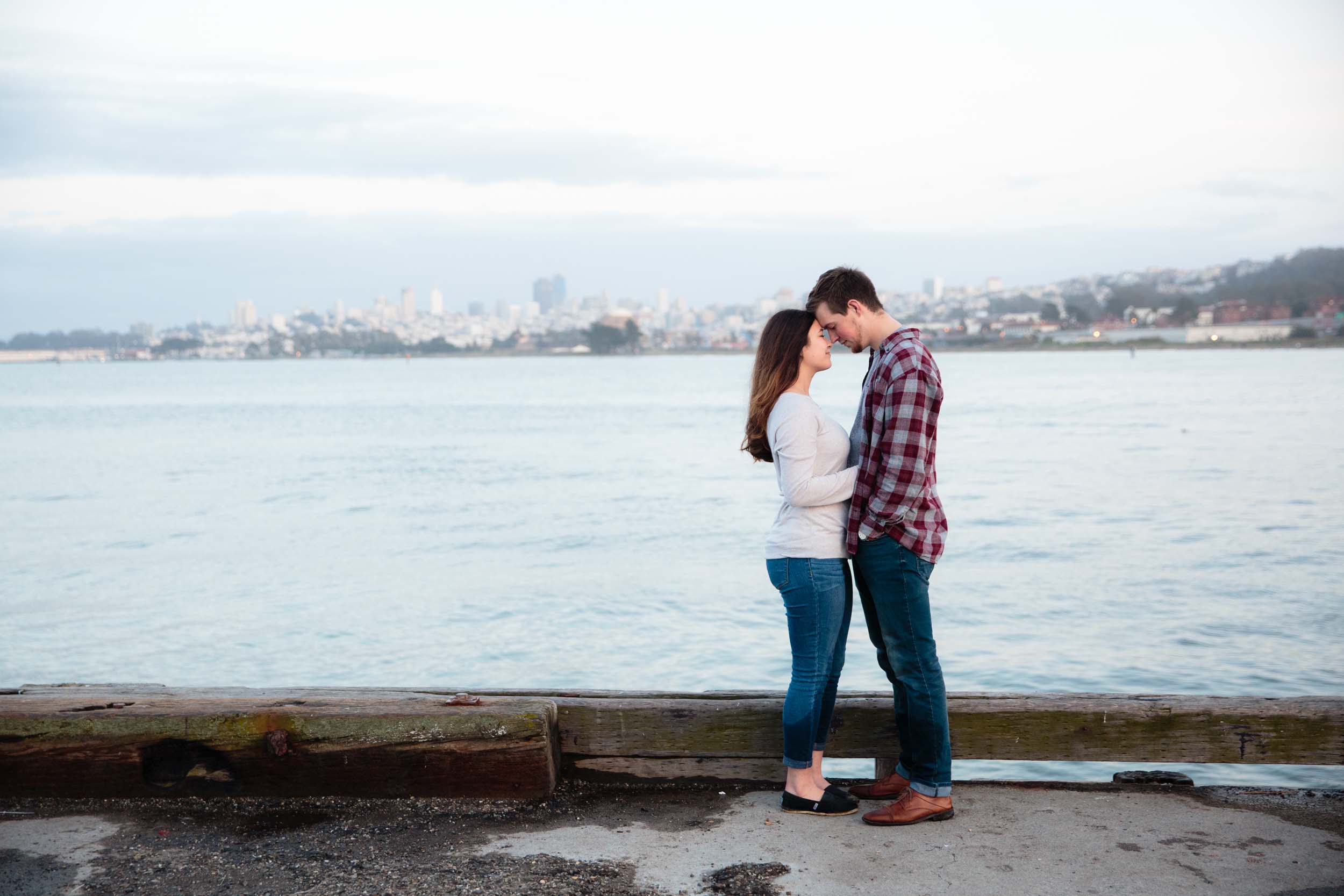 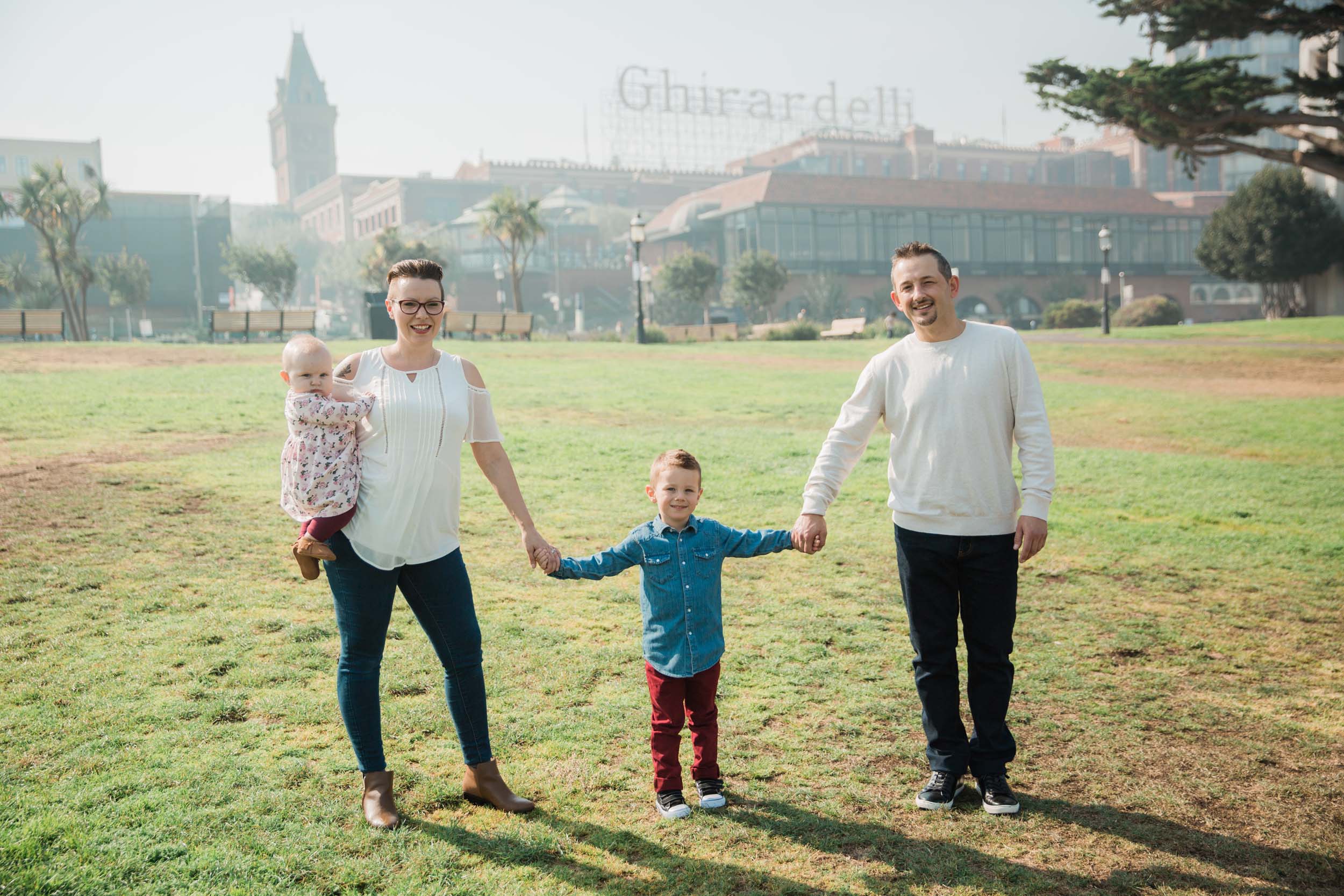 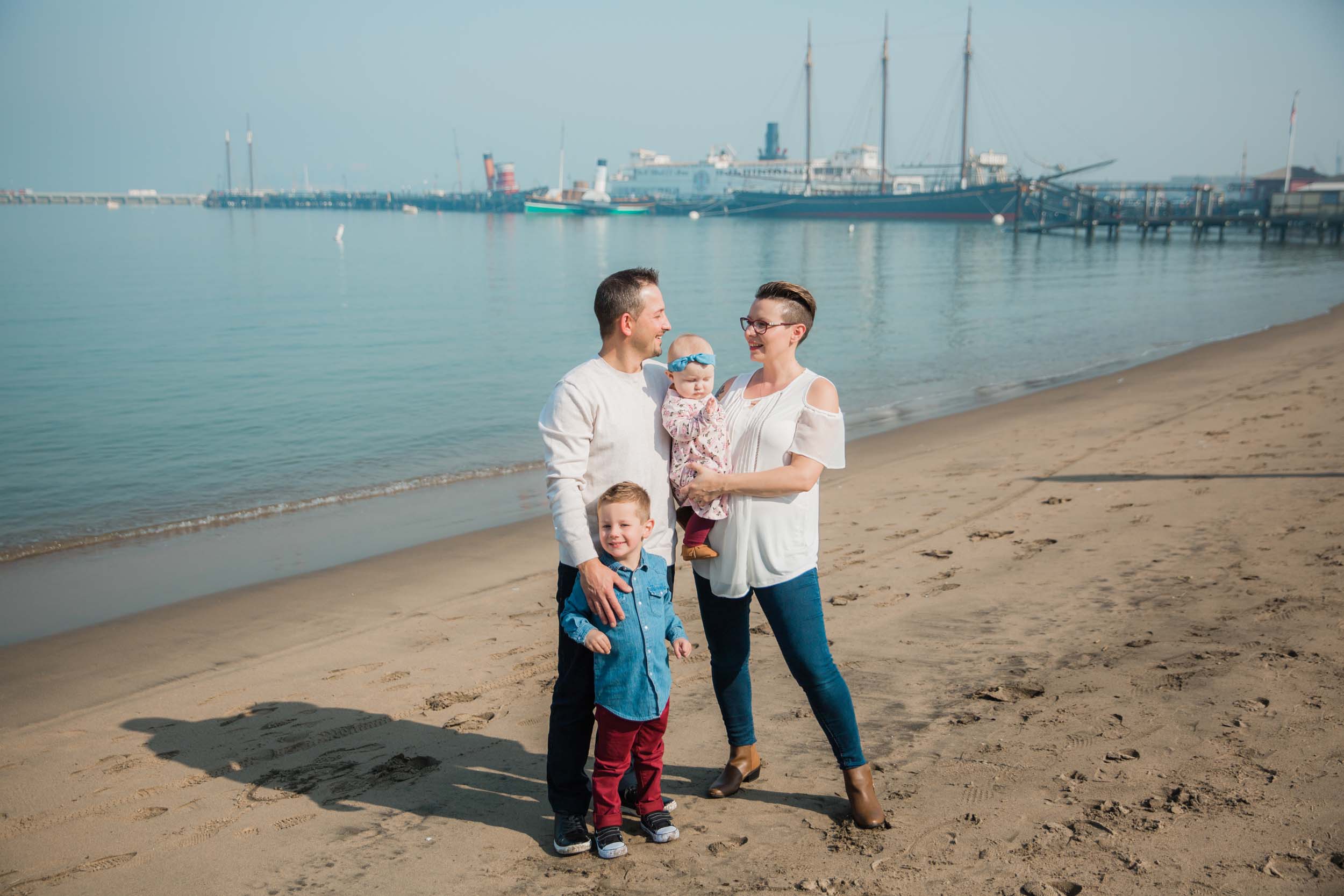 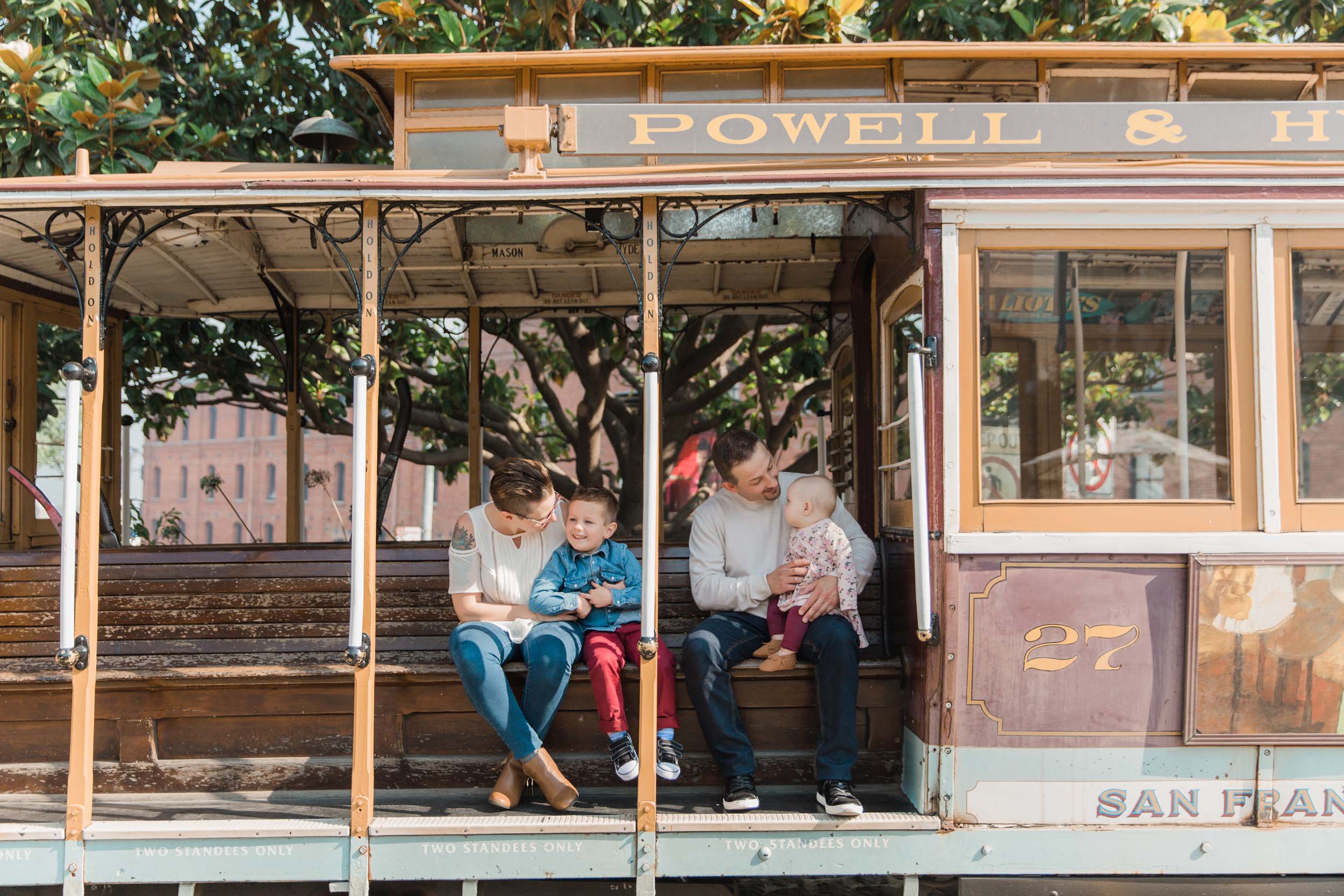 Does San Francisco sound like a fun place? Capture the moments and hire a vacation photographer today!

Best things to do in Krakow & WarsawWhile both of these Polish cities have tumultuous histories, Krakow and Warsaw have...

Best places to travel in Eastern Europe If you immediately think of Paris, Barcelona and other overwhelmingly popular...