A Gorgeous Portland Beach Proposal on a Hidden Slice of Paradise 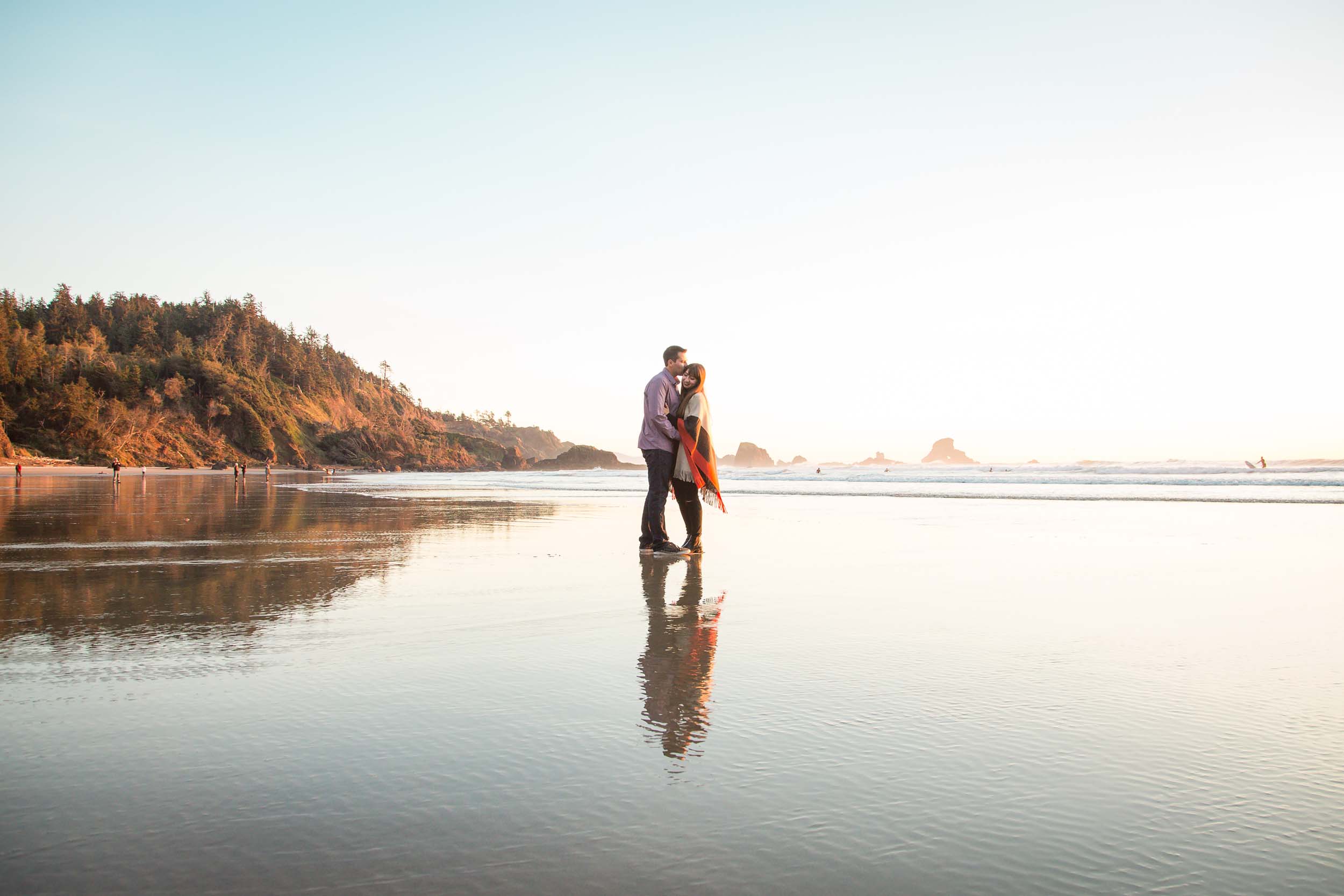 Planning a Portland beach proposal? Sure, Cannon Beach is stunning, but there are even more beautiful coastal locations to take you to your own little secluded slice of paradise.

A shared love of nature led Kevin to start planning his big proposal moment on Oregon’s beautiful coast. He took his now fiancée Alex off guard by planning an off-the-beaten path proposal at one of Portland’s lesser known — but no less beautiful — beaches, Indian Beach. Read on for their story. 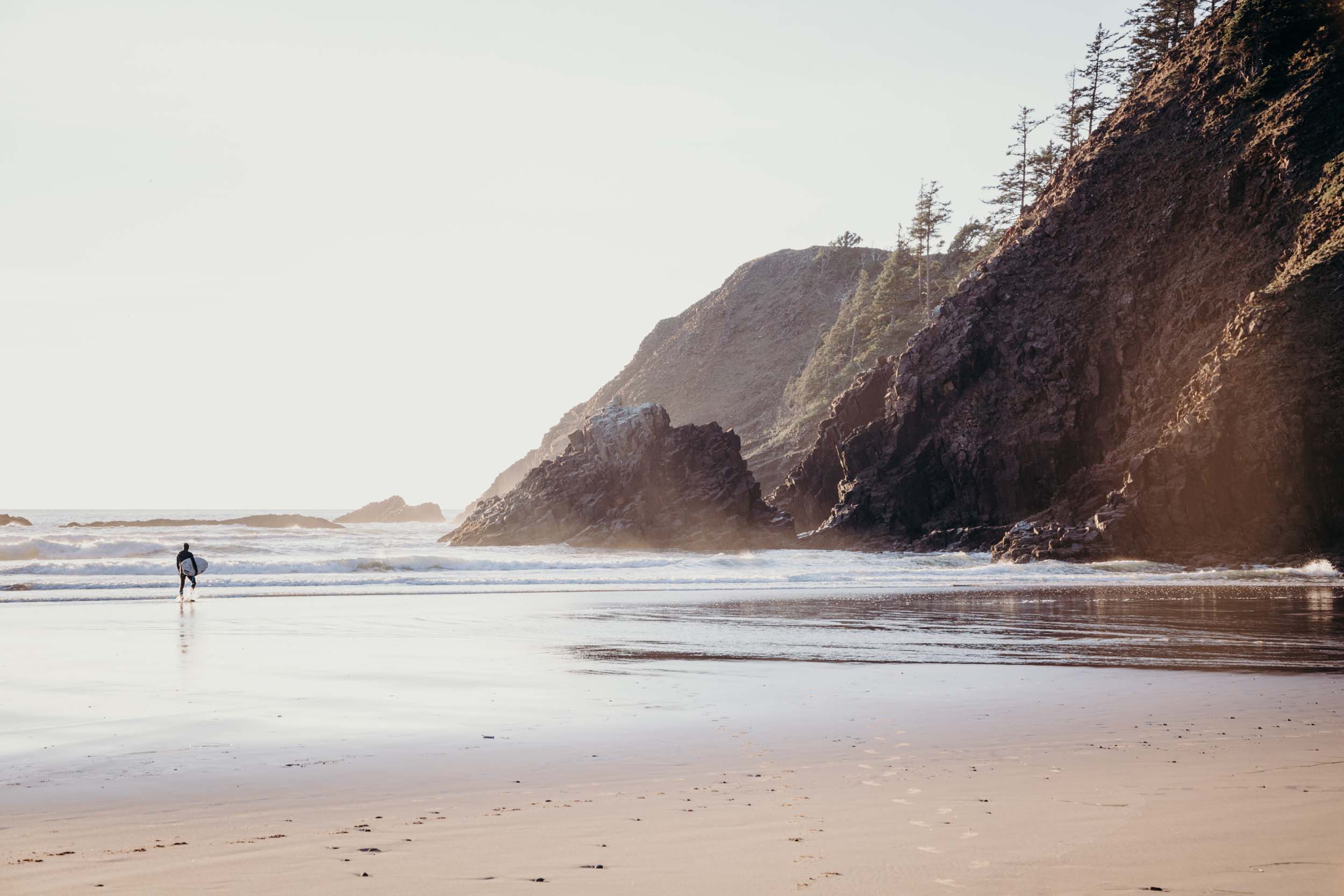 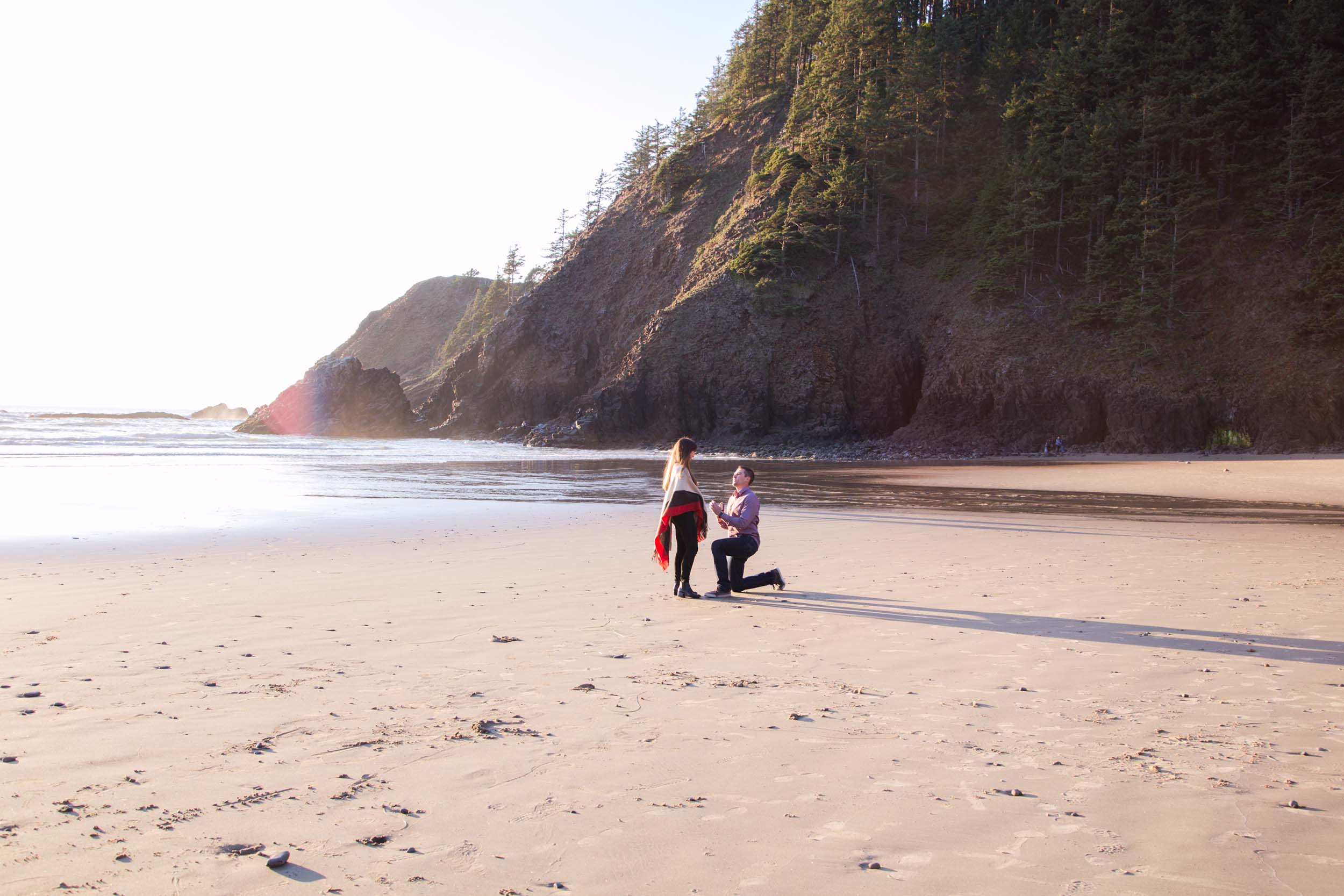 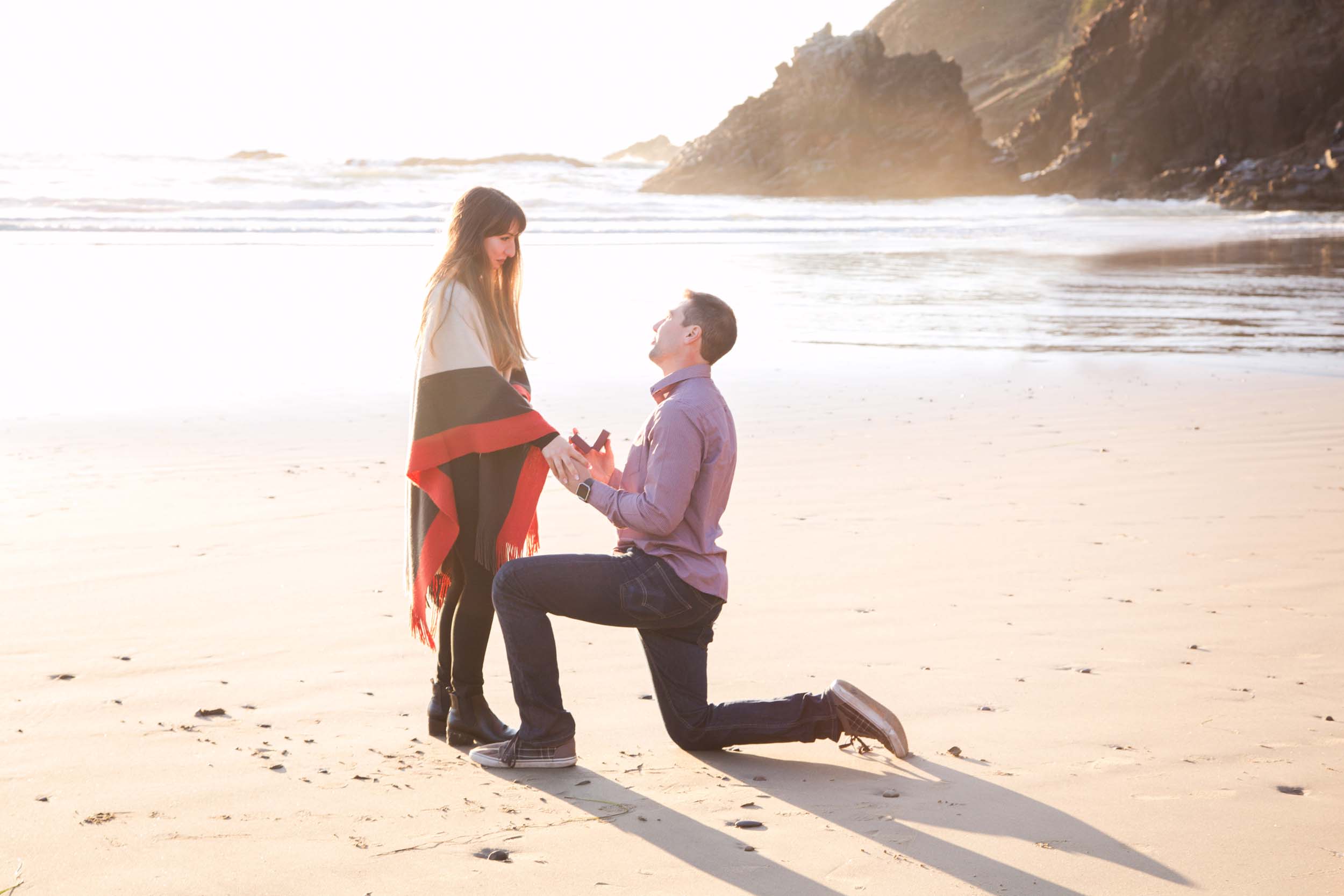 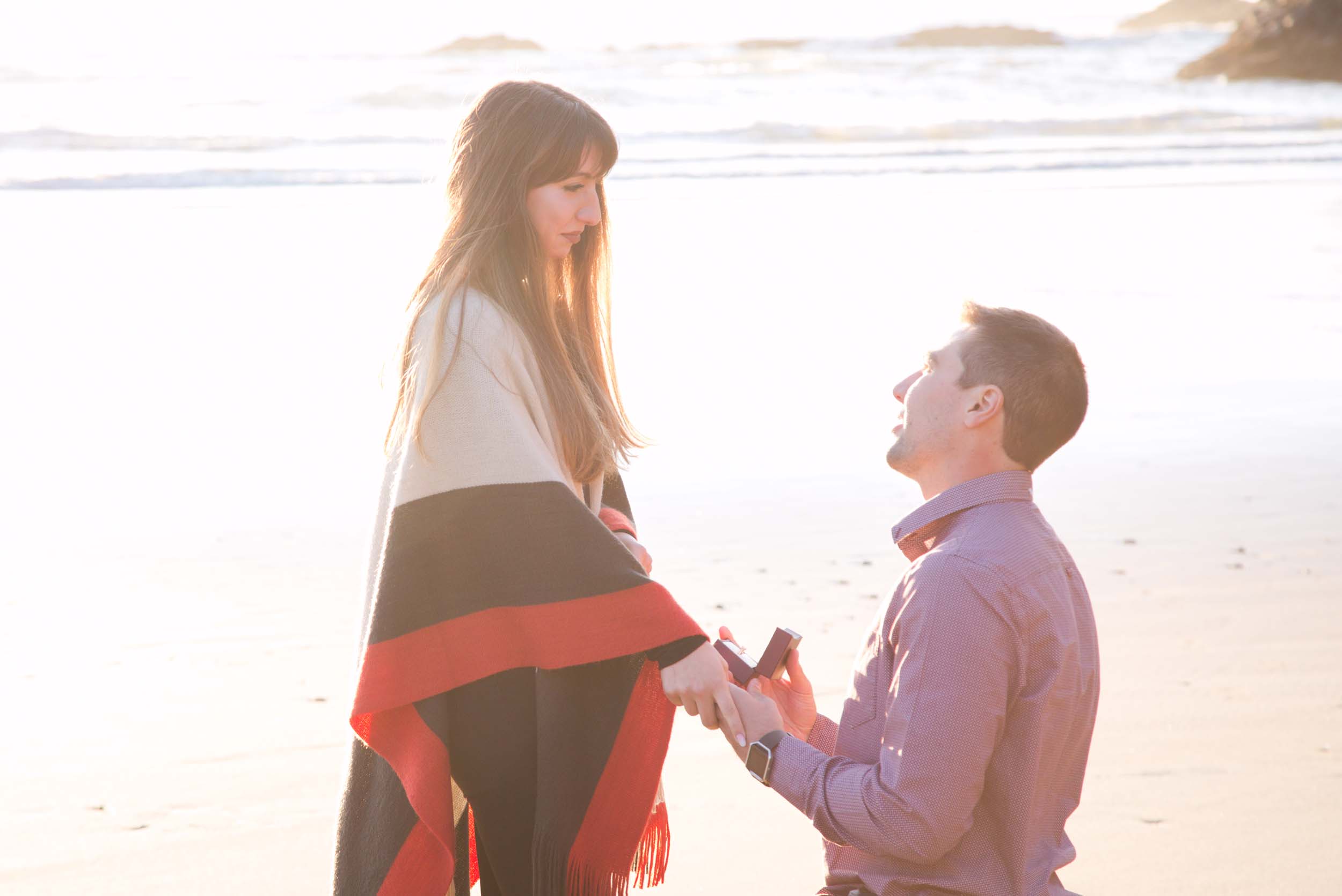 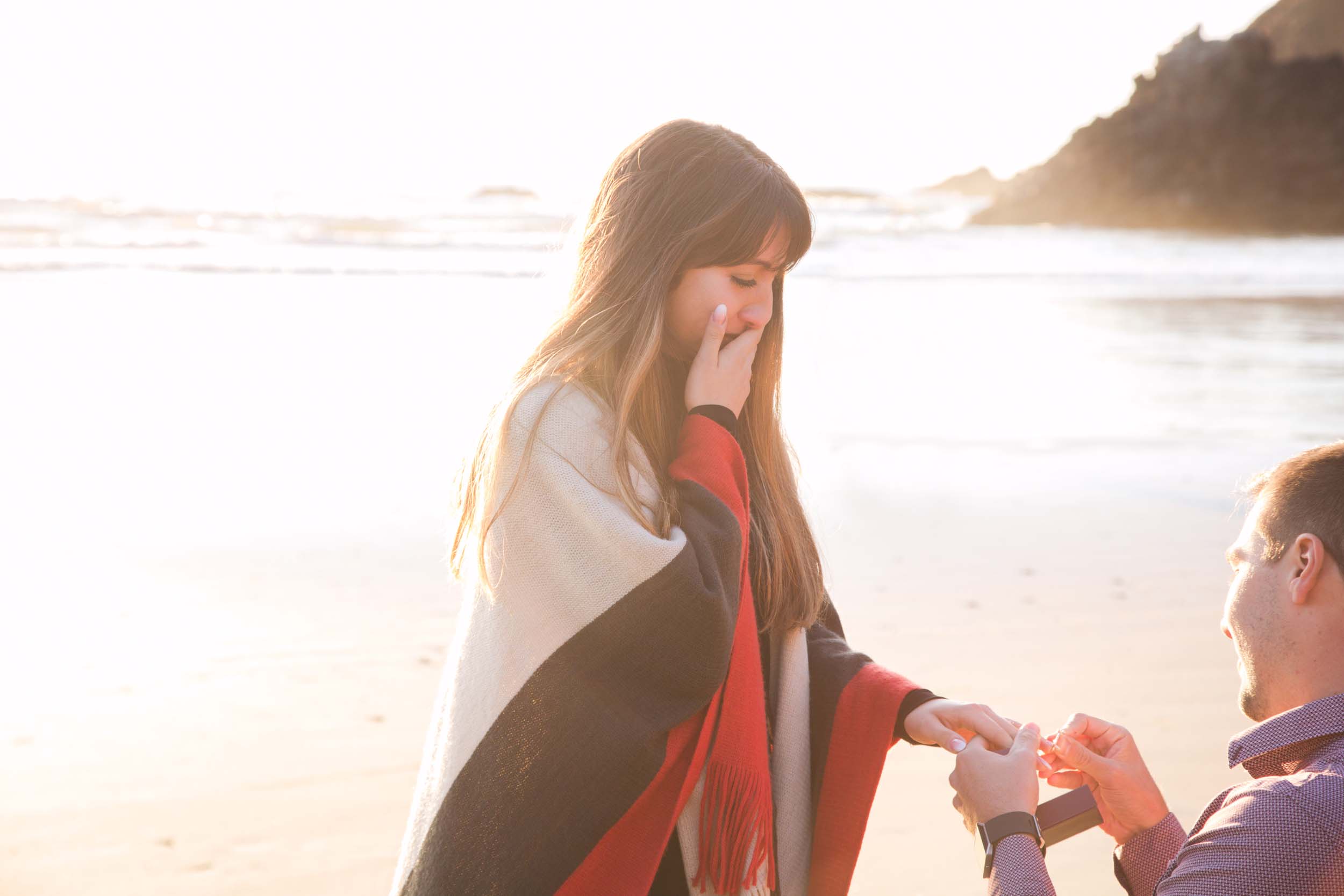 “Both of us grew up in California. We both wanted to go to college for engineering and ended up in the middle of Indiana, where the weather was just a bit colder than we were used to. We met on campus just as I was about to graduate, though she still had a couple years until graduation. We were just beginning to get to know each other when I asked her to a formal dance — I have never had an easier time opening up to someone. Everything just came so naturally between us.

“After spending more time together, having an absolute blast doing it, and learning that she wanted to make a difference through engineering, I knew she was the woman for me. I could see that she was someone I could really grow with who would always challenge me to be better, while truly allowing me to be myself.” 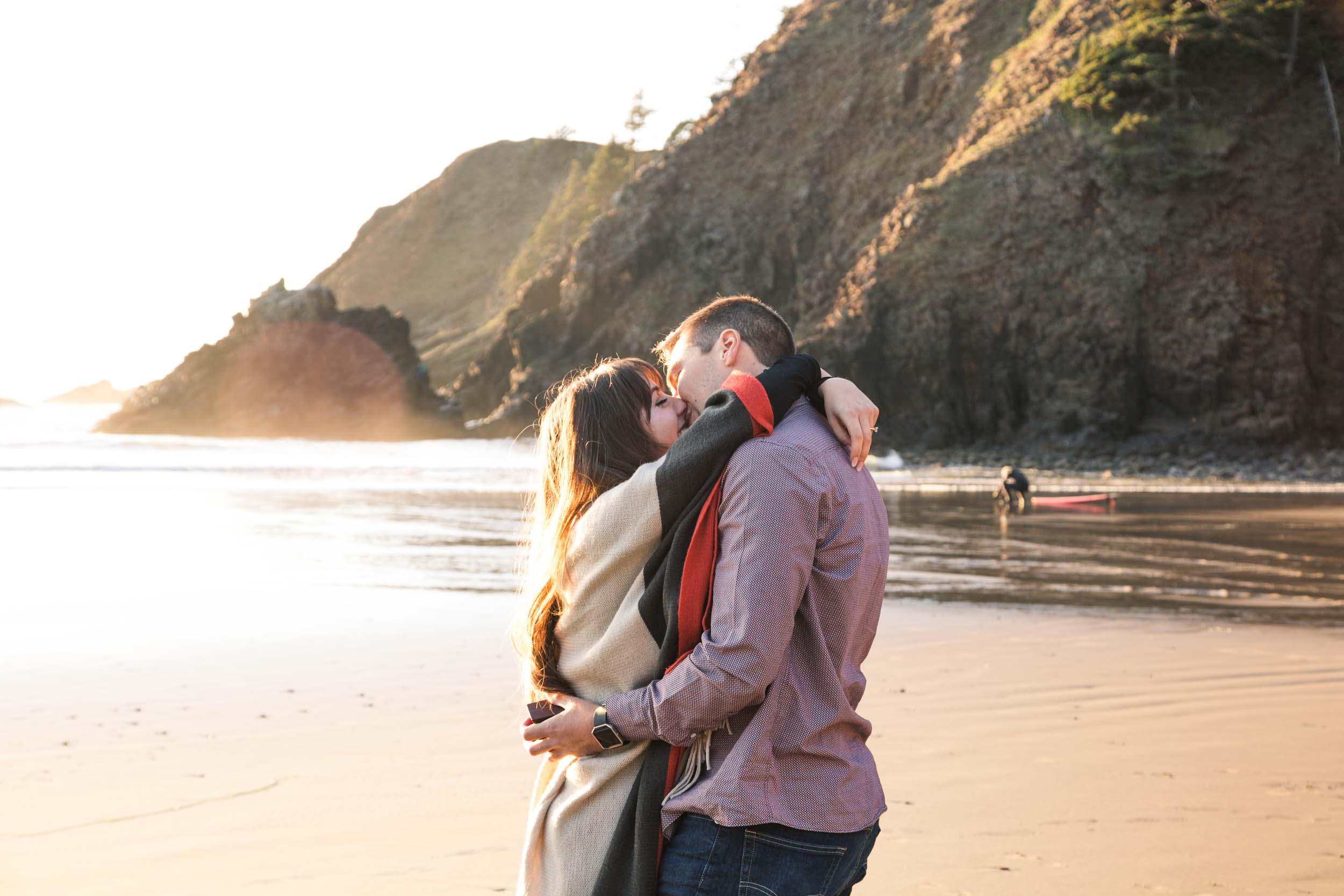 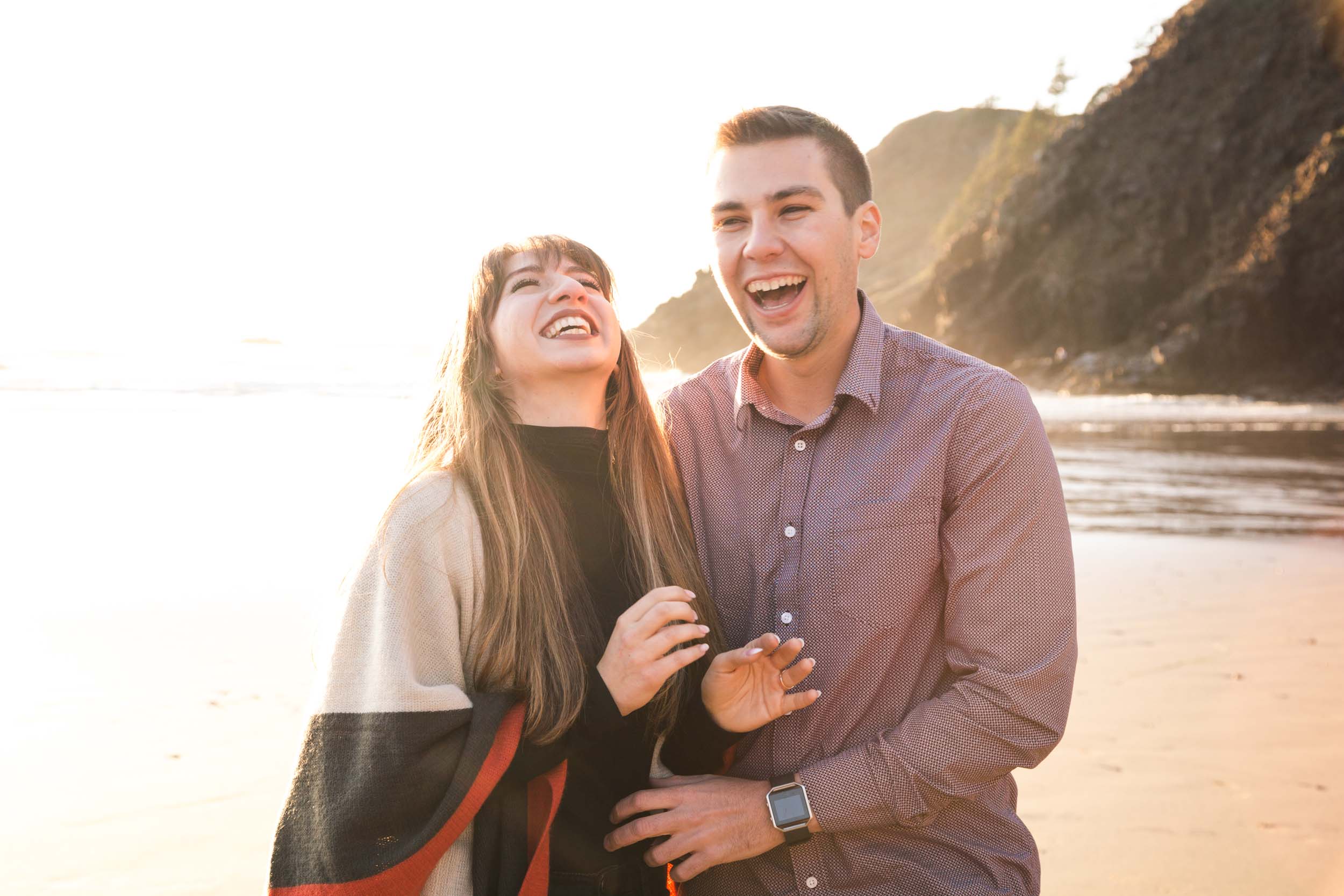 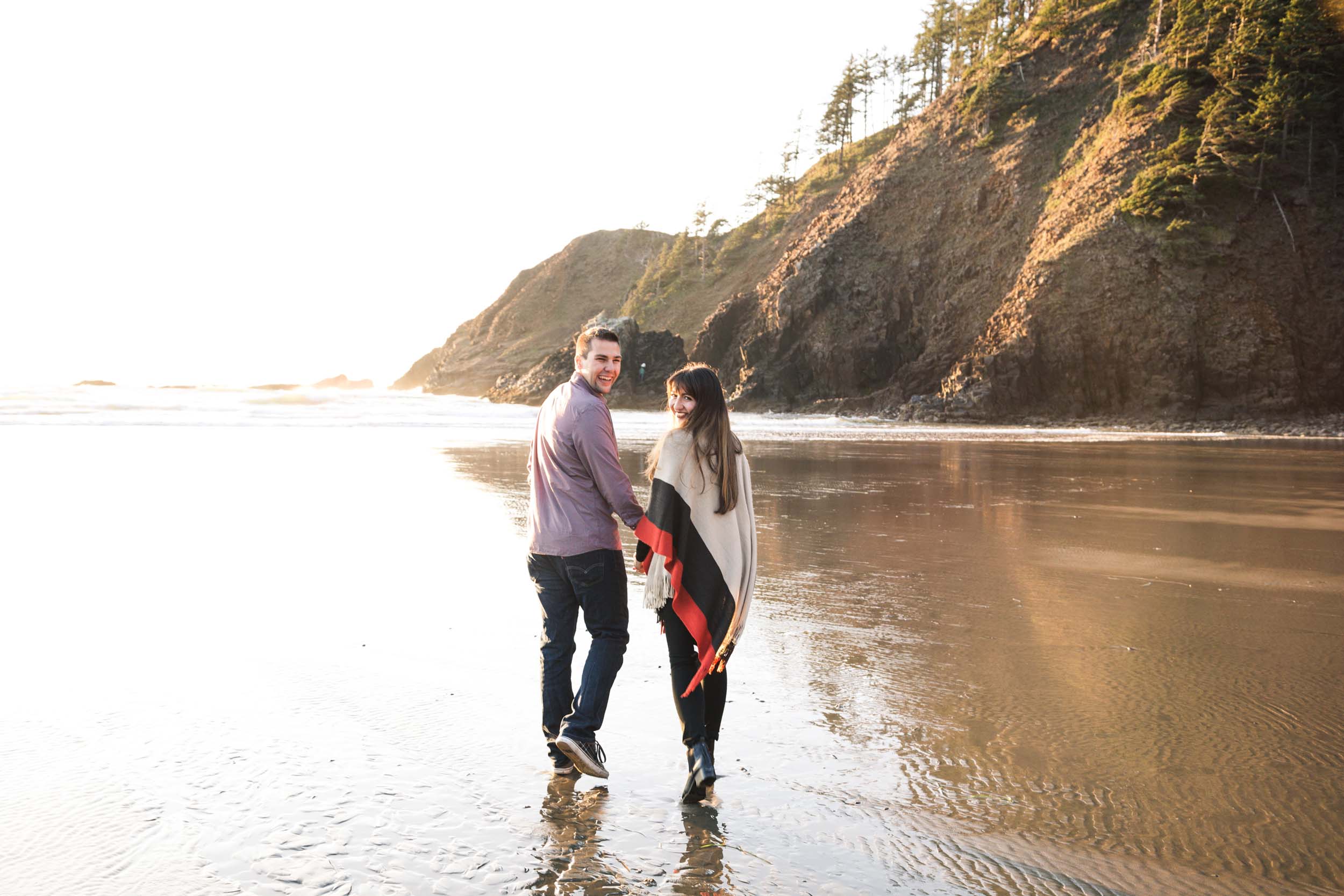 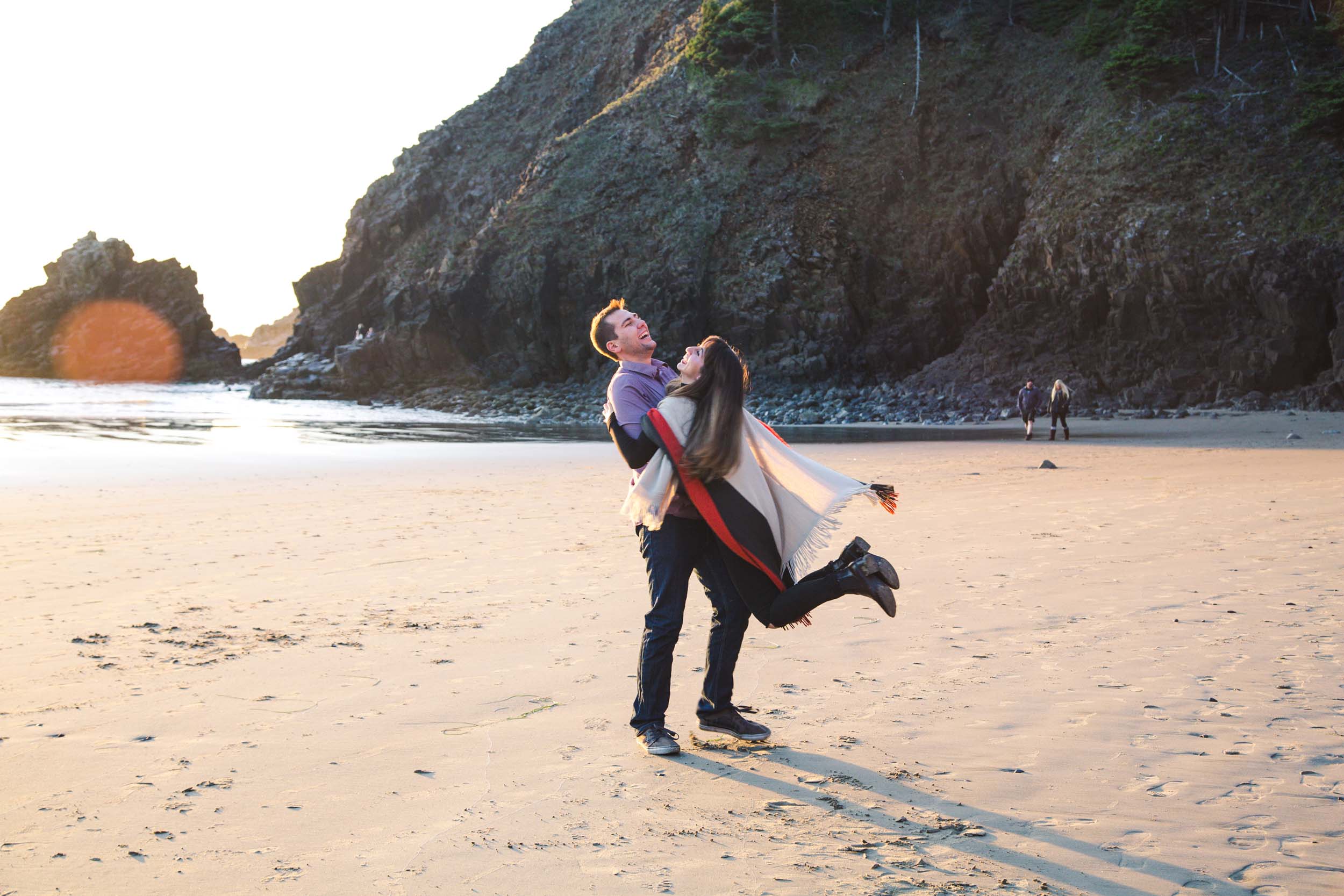 “Both Alex and I love nature and care about it more than anything. One of our favourite pastimes is finding new and different coastal hikes with our dog Bailey, so I decided that I would do everything I could to find a location fit for our Portland beach proposal. Indian Beach was a place that we had never been, as well as being less well-known than Cannon Beach so it was perfect! It gave us a new adventure while still representing what we love doing as a couple.” 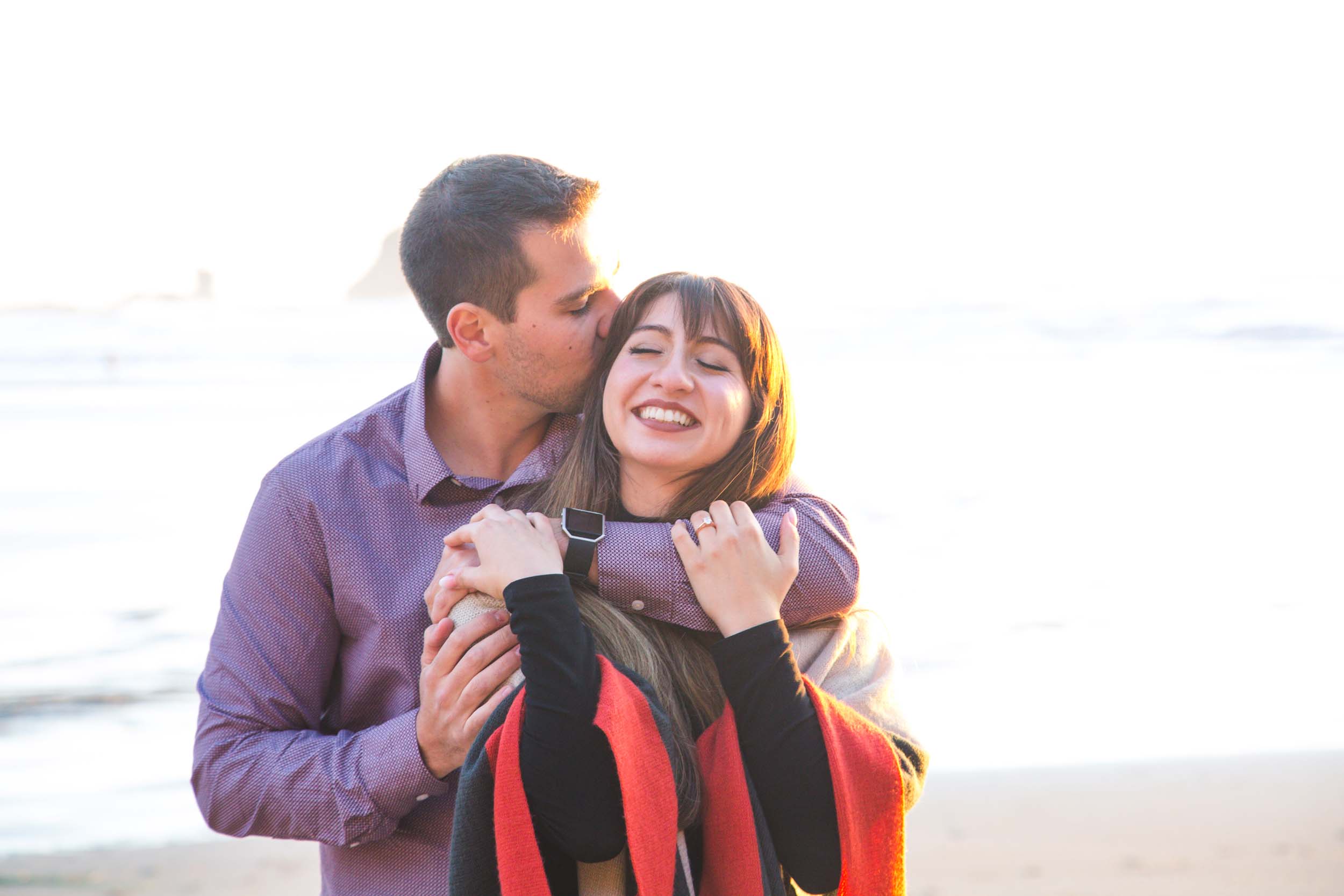 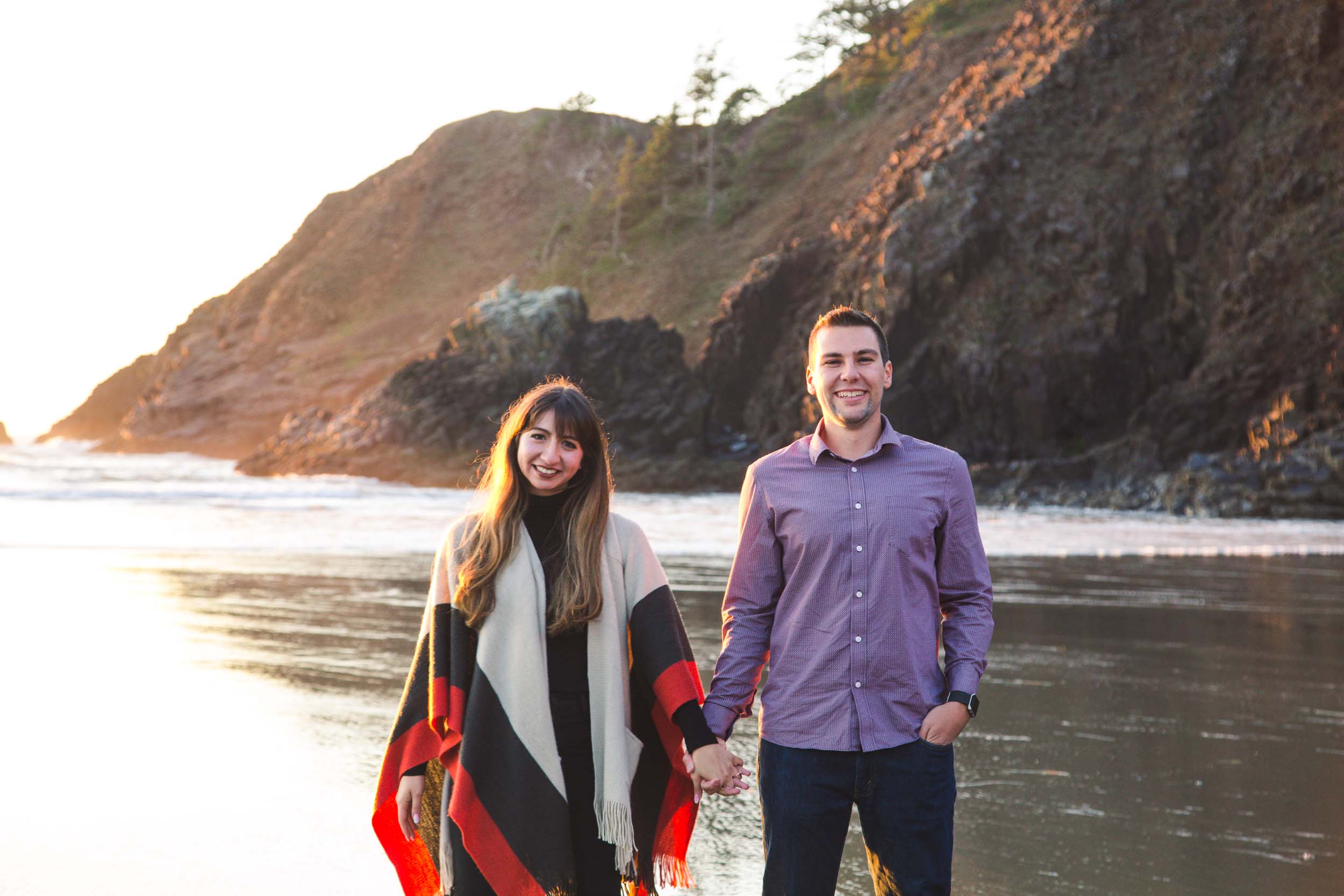 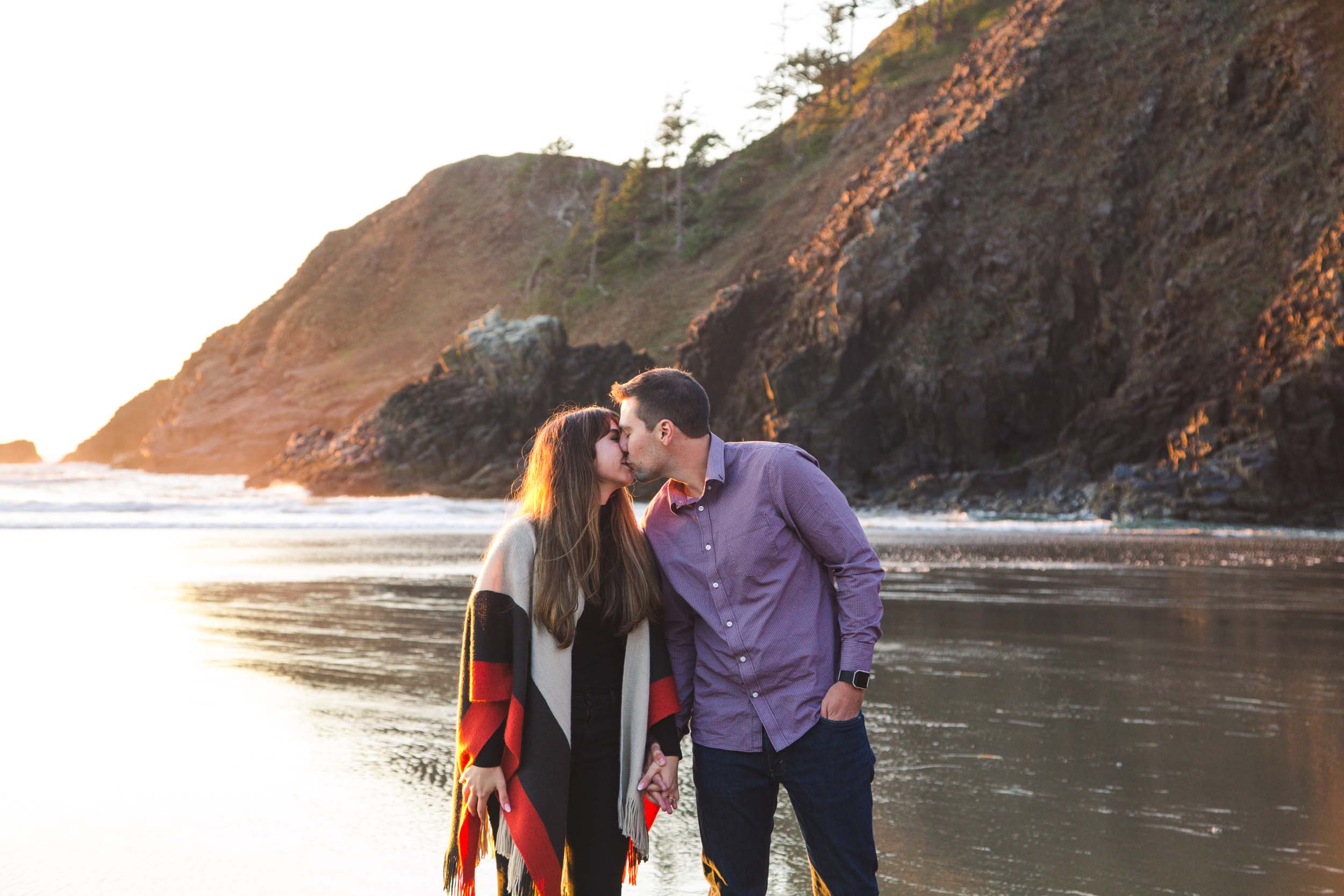 “The proposal went perfectly! Alex thought we were just visiting my sister in Portland. I knew Alex wanted to visit the Oregon Coast, as well as some wineries while we were in town, so my sister planned those activities on the same day as our proposal as an excuse to get her to dress up for the beach. Once there, we visited Cannon Beach and had a friend conveniently suggest we stop by Indian Beach. Finally at Indian Beach, I was able to ask my best friend to marry me! She still said yes even though I dropped the ring in the sand. Her laughter at that moment just showed me even more why I made the right choice! The whole world disappeared around us and she didn’t even notice our photographer Whitney at first! Our Portland beach proposal was an absolutely amazing experience from beginning to end and a moment we will never forget.” — Kevin