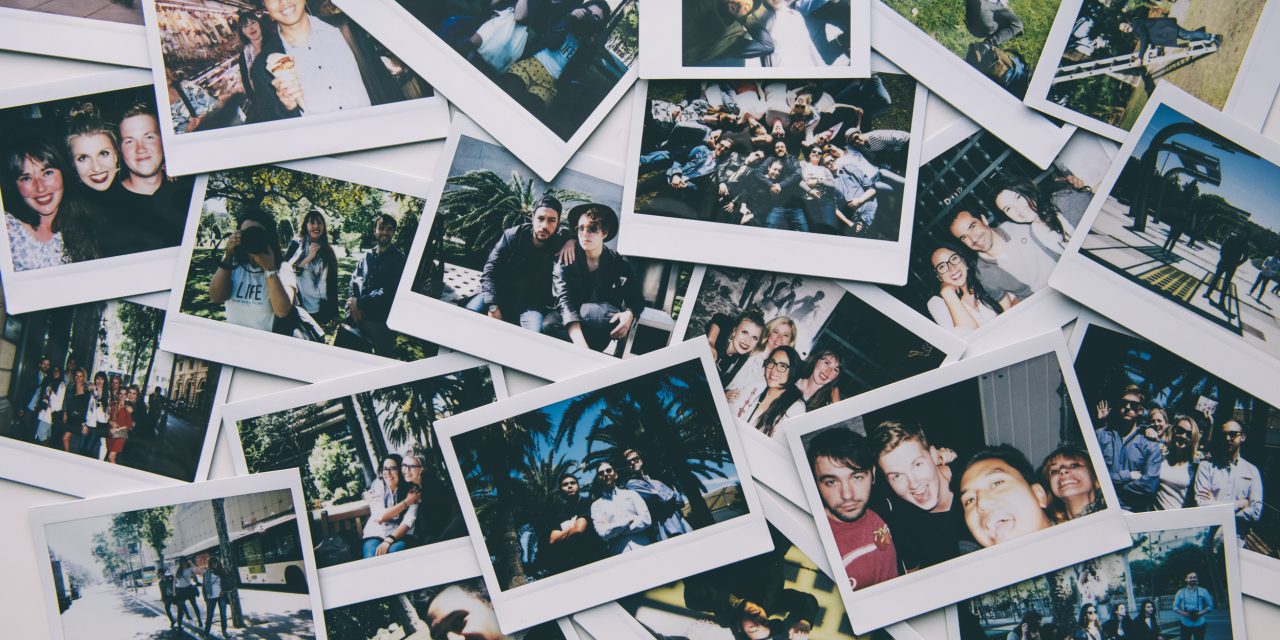 I already feel pretty lucky, spending my workdays meeting your new colleagues around the world, reviewing portfolios, celebrating your amazing shoots, and connecting with you on FB, but our recent Global Meetup in Barcelona really helped magnify that gratitude for me. After the incredible time we had at our first Global Meetup in Paris last year, I didn’t think it could get any better, but, to my great delight, I was proved wrong. To say that we had fun and forged amazing connections would be selling this meetup short; this was a game-changer on many levels for most of us.

Nicole, Tedi, Danica, Hayden, and I flew from HQ in Canada to Barcelona to meet with this year’s crew: Francisco from Madrid; Marian from Lugano; Johnny from NYC; Gonçalo S and Krystal from Paris; Gonçalo B from Lisbon; Erin from Seattle & Maui; Mankica from Ljubljana; Roberta from Rome; Natalie from Atlanta; Serena from Venice; James from Nice; Vanessa from Dublin; Pono from Honolulu; and Barcelona locals Martina, Orlando & Natalia.

I hope that next year, even more of you will be able to come so that this event just keeps getting more and more amazing. In the meantime, make yourself a cup of tea and get stuck in with my recap of our fun meetup in Barcelona. (Warning: tons of photos ahead – maybe make that a pot of tea!)

Lots of good chat at the wine bar. Captured by Vanessa

For our first planned event on Tuesday evening, we were hosted by the lovely Zona d’Ombra in the Gothic Quarter, where we sampled both white and red wines as well as an assortment of tapas. When photographers get together, there is no shortage of conversation, and it flowed as easily as the delicious wine. (Last year I had planned an icebreaker activity to get everyone talking, but this year, no such thing was needed!)

We talked and laughed until we closed the wine bar down; most of us kept things rolling by walking to a very chic bar for another glass of cava. Just as we were getting ready to leave, we discovered the best thing about the bar: its cavernous bathroom in the basement with bench seating and a photo booth inside! Of course, we couldn’t pass up the opportunity to take advantage of this space, and a group-wide bathroom dance party ensued. (Other bar patrons were a little confused when they came in to use the bathroom, but several joined in for a dance anyway!) We ended the evening with some great photo booth strips, fun memories, and a new Flytographer tradition – bathroom parties!

Our first full day kicked off with our partner, Context Tours, who generously gifted us private tours. We initially met for early morning coffee at Satan’s Coffee Corner, then split into three groups. The first group headed to La Boqueria, Barcelona’s famous public food market, for a specialized food tour. The second group was introduced to the historic Gothic Quarter, while my group discovered the Raval neighbourhood, touted as Gothic’s “cooler” cousin. We practiced taking photos of each other “on tour” so we have some experience if we get booked for a Flytographer shoot with customers on a tour. If you have not had the opportunity to go on a Context Tour yourself, I highly recommend one: they are led by experts in their field, so there is a lot of learning baked into the sightseeing. My group had a great time on our tour: lots of laughs, interesting sights and a friendly docent who was very patient in indulging our photo-taking antics.

We all reconvened after the tours at Parc de la Ciutadella, where we found a grassy spot in the shade and enjoyed a gourmet picnic from Muy Mío. We then got down to business: we collaborated on a new Style Guide, then enjoyed workshops prepared by Marian and Johnny.

After a short break in the late afternoon, the group met, cameras in hand, for a golden hour photowalk in the Born district. In the shade of the Arc de Triomf, Gonçalo B & Gonçalo S presented their workshops before we headed out on a route organized by Barcelona locals Orlando & Martina. Martina had brought a friend named Serena to be our model for the photowalk, and these two lovely ladies generously set themselves into different poses along the streets for us.

The photography gods smiled down on us when we came upon a small, closed square that was bathed in perfect pink light and nearly devoid of people (aside from a few kids scootering around and a couple tourists). For nearly an hour, we played in that square, posing each other, practicing different angles and shots, and just generally having the time of our lives. Dinner reservations loomed, so we eventually tore ourselves away, but not before Mankica set us all up for an amazing group photo, which Martina’s friend Serena shot with Johnny’s camera.

James created a fun project for which he asked each of us to stand against the wall, and then he gave us a unique situation which we had to immediately act out while he captured it. As you can see from Natalie in the photo above, we were all in stitches and (hint, hint James) cannot wait to see the results of this hilarious group activity!

Our second and last full day saw us at Fairmont Rey Juan Carlos I, a beautiful hotel with sweeping gardens all around. Fairmont is one of our global partners, and we are grateful that they offered to host us on Thursday. We did some morning brainstorming with Nicole, followed by a Lightroom workshop with Marian in one of the meeting rooms, then found a lovely outdoor café next to the hotel for a sandwich and coffee. The café happened to be in the middle of a pretty public park, where of course we had to stop for some more photo-taking of each other.

We love Roberta’s style! In the Fairmont’s renovated lobby. Captured by Francisco Mankica overlooking the lobby. Captured by Martina Roberta taking a break in the hotel. Captured by Martina Who are these cool cats – a new hipster rock band? In the garden by the café, with (l to r) Roberta, Francisco, Gonçalo S, Johnny & Martina. Captured by Gonçalo B (p.s. The light patterns on the concrete are coming through some translucent panels mounted above on the steel posts. How cool are these small details to make a pathway more beautiful and interesting? For me, that creative aesthetic sums up Barcelona!) In our own private garden. Captured by Gonçalo B

After lunch, we returned to the Fairmont, but this time to one of their gardens, where we had the grounds to ourselves. I had printed up some favourite photos from each of our photographers, so everyone had the chance to present their work and talk about the photo and their process. We finished up with Gonçalo & Gonçalo discussing poses, and Johnny gave his seasoned tips on shooting proposals.

Some of our group toured the grounds with Nicole and Pono to shoot video footage. Mankica and Francisco agreed to model as a couple for the video, and the group had access to the roof for stunning city views across to the water.

We ended our time at Fairmont with a glass of cava in the garden and more group shots – this time with everyone lying on the ground, heads together, while James and Mankica took turns climbing a ladder to capture us from above.

Chatting with cava in the beautiful Barcelona sun. Captured by Michelle Marian and Mankica snuggle up for a polaroid. Captured with Mankica’s camera This shot sums up the sentiment at the meetup – pure joy! Captured by Krystal

After a short break, everyone came back to the HQ townhouse for wine and tapas. Our spacious townhouse came complete with a pool table and rooftop patio, which made it the perfect place to celebrate with the group (such a good Airbnb find!).

We did have a noise curfew, however, which forced us to seek out another place after 11pm – and that ended up being a nearby karaoke club. There was only a handful other patrons in this club, so with the exception of a few songs performed by the regulars, Flytographer became the entertainment for the night. (FYI: We have some talented performers in this group! Some of them could work weddings as both photog and cover band vocalist.) We closed the karaoke club down, then those at HQ stayed up until dawn talking and laughing. Many people flew out bright and early the next day, so this was unfortunately our final time together for the meetup.

Since returning home, one of the best products of this meetup has been witnessing the outpouring of love and support across the FB channel within this group. We connected on such a profound level – it was an easy, fun and meaningful meeting of like-minded professionals. As many photographers have said, this career can often be isolating and lonely, and it is therefore amazing to have a real community of people who understand each other’s professional joys and challenges so well.

“I am proud to be a part of a team of selected photographers who are amazing people as well as brilliant photographers. It feels like I have friends all over the world and I feel more connected to them than to photographers in my country!” – Mankica

Group photo at Fairmont. Captured on polaroid by Mankica

Adios, Barcelona! Cannot wait until we all meet again…and hopefully we will see many new faces next year. This community of awesome photographers is simply the best!

Famous around the world for its delicious tapas, surreal architecture, and bustling party life, Barcelona needs no...

Despite our regal roots and old-school reputation for being a town of the “newlywed and nearly dead,” Victoria has made...

Make some room in the itinerary, here are the city’s must-visit restaurants. The energy, the architecture, the food! It’s...