Best Things to Do in Moscow – Guide to Visiting Moscow 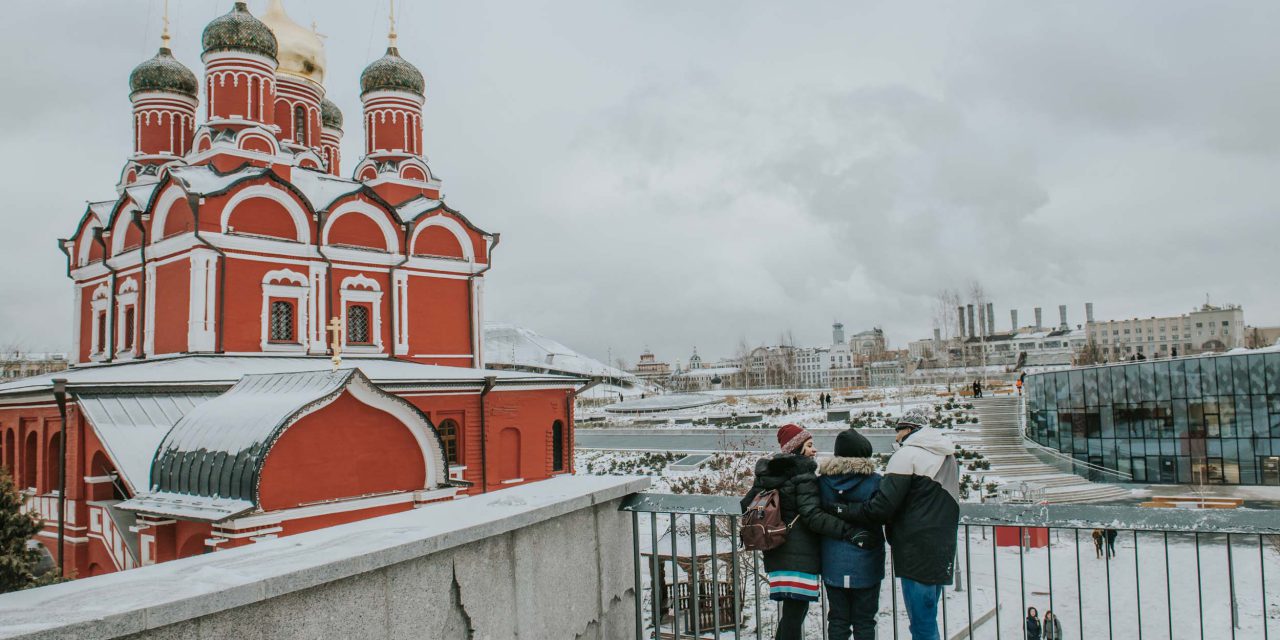 Moscow’s iconic golden domes are the perfect welcome to this architectural stunner of a city. The capital of Russia is rich in culture, history, and experiences any time of year. Read on for the top spots to dive into all that Moscow has to offer.

“Russia in the winters has been on my bucket list for a while now, mainly because I am intrigued with its rich history. What an adventure it was! All in all, one of the best vacations we have had!” – Harshika Lepim i Varim
At Lepim i Varim, the concept is simple: fresh, handmade pelmeni, or Russian dumplings, are served in a no-frills atmosphere with a bit of a retro vibe. You can watch the dumplings being handmade behind the counter. Choose from inspired fillings like lamb and cilantro, king crab and cream cheese, or mashed potatoes and fried onion.

Cafe Pushkin
This iconic Moscow cafe is popular for good reason. Designed to replicate a Baroque mansion, Cafe Pushkin’s antique-filled dining room transports diners to another era. Rich, dark wood furniture, floor to ceiling bookshelves, and quirky antiques set the perfect tone for a classically Russian meal. Book a table in the library hall and treat yourself to everything from Russian caviar and borscht to crispy blini and decadent desserts.

Must See Attractions in Moscow

The Kremlin
The centre of political power in Russia, the Kremlin complex includes a fascinating array of historic buildings, including museums and the Patriarch’s Palace, all topped with those iconic gilded domes. Tickets can be purchased in advance online.

Red Square
Just outside the Kremlin at the centre of the city, Moscow’s Red Square is home to some of its most recognizable buildings and monuments including the colourful domes of St. Basil’s Cathedral, Lenin’s Mausoleum, and the elegant State Historical Museum. Be sure to stop at the GUM department store for a taste of an old favourite, a retro “stakanchik” ice cream.

Bolshoi Theatre
The Bolshoi Theatre has a long and storied past, but thanks to a recent renovation, it is glittering once again and remains home to some of Russia’s most famous ballet and opera performances. For a truly remarkable night on the town, a show at the Bolshoi is a must. If you can’t get tickets, the Stanislavsky Theatre and the Kremlin Ballet are also great places to see ballet at a more wallet-friendly price. Things To Do in Moscow

Sanduny Baths
A worthwhile splurge while in Moscow is a visit to the historic Sanduny Baths. The oldest public bath in Russia, Sanduny’s interior is a spectacle in itself, filled with pristine white columns and glistening stained glass. Buy a ticket to the public baths, which are divided by gender and class and range from about $30 to $50 for a 2-3 hour visit, or get extra fancy with a private room where you’ll have your own lounge area, a hot tub, and a steam room.

Flacon Design Factory
A glassware factory turned funky shopping centre, Flacon is the best spot in Moscow to find creative souvenirs and designer duds. In addition to being a shopping destination, the space houses hip cafés and restaurants, plus festivals and exhibitions hosted in a variety of innovative spaces.

Go Ice Skating or Cycling
Bikes are available for rent throughout the city during the summer and seeing a city atop two wheels is always a great way to explore. In the colder months, lace up your skates in Gorky Park or VDNH, which has the largest open-air ice skating rink in the world, and enjoy the surrounding Soviet-style fountains and monuments. At Gorky Park, you won’t be confined to the typical round and round skating, rather, Gorky’s rink consists of a skateable network of paths throughout the park.

Ride the Moscow Metro
The metro is the cheapest and most efficient way to get around Moscow, but it’s also one of the most beautiful. Many of Moscow’s metro stations are extravagantly ornate — think chandeliers and gilded frames. Get an extra dose of culture during your commute with a ride on one of the city’s themed metro cars. The Aquarelle Train, which runs on the city’s red line, looks like a watercolor painting on the outside and a lavish museum on the inside, while the Retro Train replicates Moscow’s very first metro car. Does Moscow sound like a fun place? Capture the moments and hire a vacation photographer today!